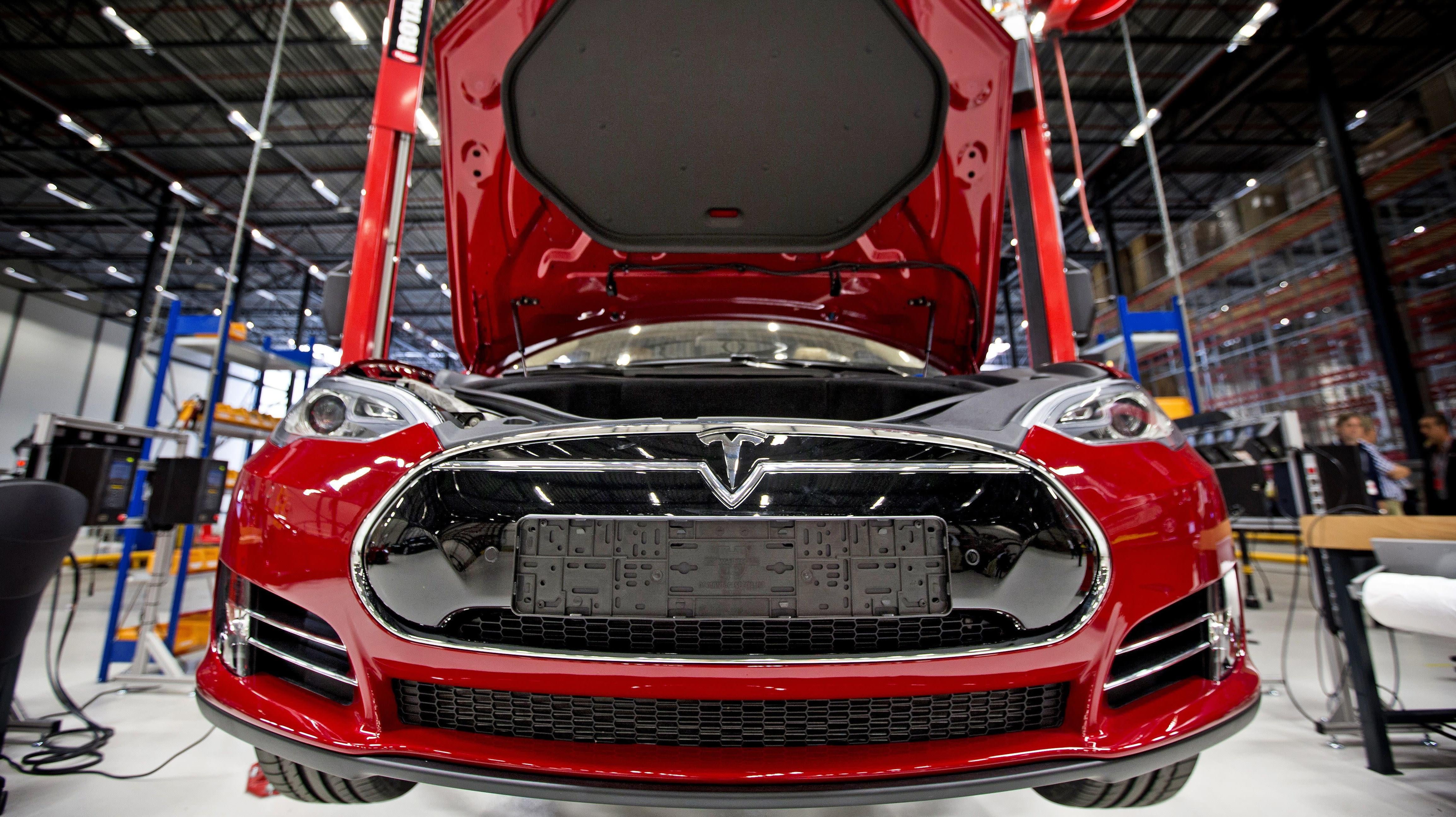 As officials scramble to contend with a critical ventilator shortage amid the novel coronavirus outbreak, the Trump administration is resorting to “wartime” measures and leaning on the private sector to help meet demand for these potentially life-saving devices “FAST!”, the president tweeted Sunday. And while this is indeed promising news, U.S. President Donald Trump—per his usual M.O.—oversold things significantly.

“Ford, General Motors and Tesla are being given the go ahead to make ventilators and other metal products, FAST!” the tweet reads. “Go for it auto execs, lets[sic] see how good you are?” At a briefing earlier this weekend, he also claimed that “these companies are making them right now,” per an Associated Press report.

In actuality, these three automakers only announced their interest in producing ventilators within the last few days.

Tesla CEO Elon Musk tweeted on Friday that the company was “working on ventilators” and, the next day, that he’d had “a long engineering discussion” with the medical technology company Medtronic without providing further details.

As for General Motors and Ford, neither company has indicated that it’s anywhere close to the production stage. General Motors also announced Friday that it would be partnering with the ventilator manufacturer Ventec Life Systems. As for Ford, a spokesperson recently told Automotive News that the company’s “looking into the feasibility” of producing ventilators after some “preliminary discussions” with U.S. and UK government officials.

These automakers also never needed the president’s permission to begin such work in the first place. Earlier this week, Trump invoked the Defence Production Act, a Cold War-era mandate that allows the president to direct resource management if it’s “essential to the national defence.” However, FEMA administrator Pete Gaynor told CNN on Sunday that Trump hasn’t enforced this measure yet—meaning Ford, General Motors, and Tesla weren’t answering to the government about this to begin with.

In layman’s terms, ventilators deliver air directly to a patient’s lungs via their windpipe to help them breathe when they aren’t able to do so on their own, something that severe cases of covid-19, the respiratory illness caused by the novel coronavirus, can result in. They’re particularly complicated and time-consuming machines to produce, and that’s not taking into account the time needed for automakers to reconfigure their existing infrastructure to begin creating a completely different product.

“Making ventilators is not a trivial process,” Eric Gjerde, the chief executive of a small ventilator company called Airon Corporation, told Wired. “It’s just too dangerous to be thrown into the hands of people who don’t know what they’re doing.”

The world’s largest dedicated manufacturer, Swiss-based Hamilton Medical AG, aims to build 21,000 ventilators this year after ramping up production in response to the pandemic, Reuters reported.

The American Hospital Association estimates that as many as 960,000 covid-19 patients will need ventilators over the course of this outbreak—roughly five times the number of ventilators that the U.S. currently has in use.