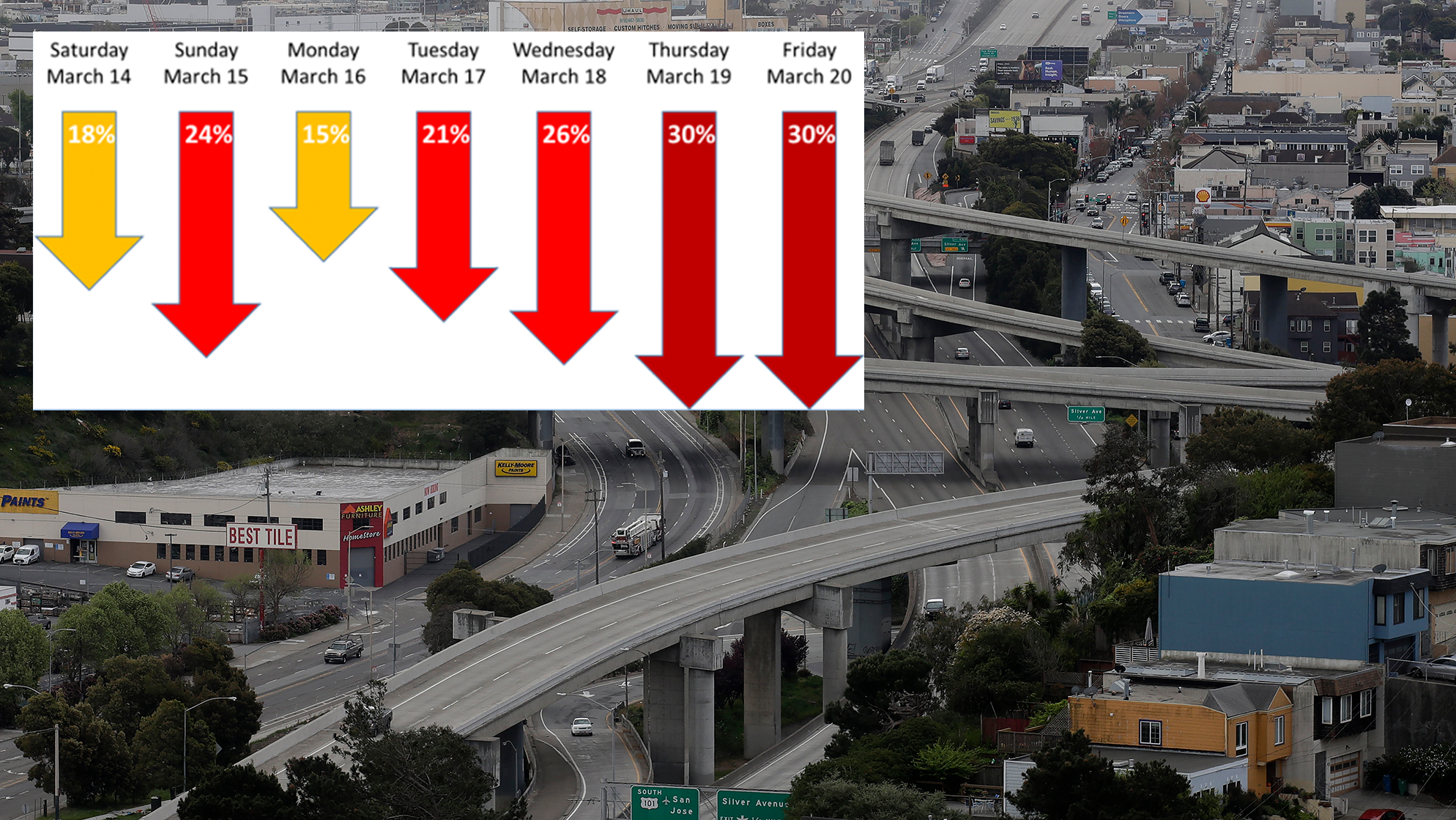 As local and federal U.S. authorities urge citizens to shelter in place and avoid unnecessary travel, America has undergone a very predictable phenomenon in the wake of the Coronavirus outbreak: Road traffic is down by up to 30 per cent.

The study was conducted by INRIX, which advises business and industry on traffic trends by analysing collected data. Here are the study’s key findings:

This... is not surprising. I’d be more comforted if the numbers were in fact higher, but a lack of information and preparation meant serious efforts to encourage social distancing didn’t begin until the end of the week, which the data reflects.

The study used data previously collected the week of February 22, 2020 to compare a relevant “standard week” of traffic against the Coronoavirus data. INRIX claims its data sources provide anonymous speed/location information in real time, collecting “over 100 million trips per day in the US across consumers, local fleets, and long haul trucks.”

As these graphics show, San Francisco appears to have had the greatest cut in traffic, dropping up to 51 per cent by last Friday, against the national average of 30 per cent.

Of course, industry and retail have continued work and service, so relative traffic saw little to no drop, the study shows:

A silver lining, if there is one, is that commercial traffic is holding up. Long haul truck traffic is holding steady – a hopeful sign as we clearly need the nation’s logistics backbone to continue to function. Local fleets, such as service vehicles and local deliveries, are experiencing a drop nationwide, slightly under 10% through the week. These commercial traffic trends bear watching.﻿

The tone of the study from INRIX is that traffic decline is bad, despite the notion that it means people are listening to authorities and socially distancing themselves. But the firm does show some self awareness in the study’s conclusion:

Note that when discussing the data, the tone is these declines are bad. Certainly, through an economic lens, this is true. But declines also correlate to increased compliance with government restriction and recommendations, which are intended to flatten the curve. It is hard to break out of the frame of reference where drops in economic activity are bad. We will do our best in the coming editions of the INRIX Travel Volume Synopsis to, as they say, just call balls and strikes, leaving commentary to others.

Less traffic is good, in general, but under better circumstances. I’d imagine this data will show further severe decreases in traffic over the next week as the effort to limit the spread of COVID-19 is finally underway.