The World’s First Digital Watch Is Coming Back… For $1,295 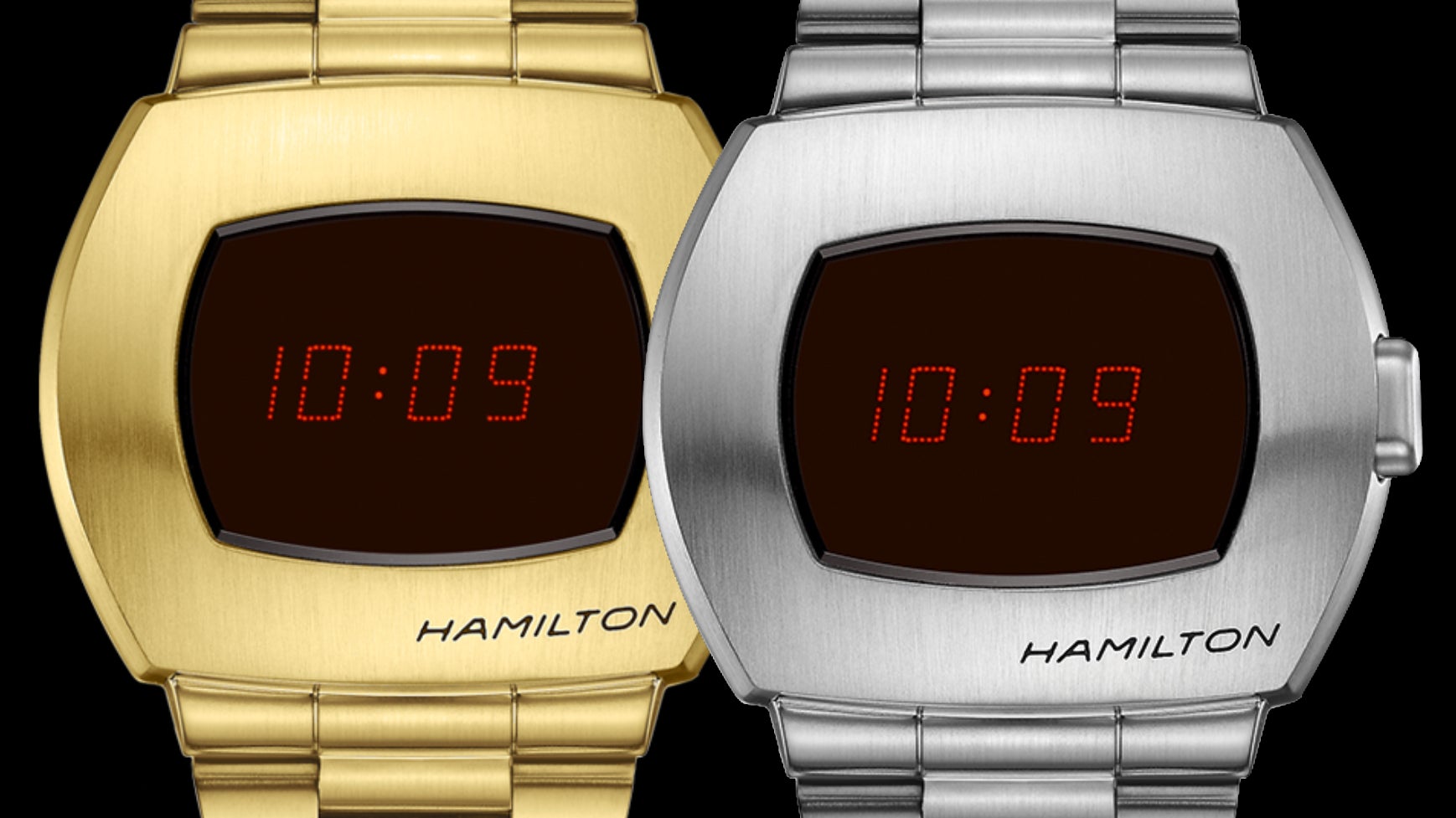 If you’re trying to do everything you can to preserve your mental health while quarantined at home, an endless list of doomsday notifications on your smartwatch probably isn’t helping. Given that a dumb watch doesn’t seem so dumb any more, Hamilton is re-releasing the world’s first digital watch that does nothing more than tell the time.

Made famous with an appearance on the wrist of James Bond (played by Roger Moore) in the opening scenes of Live and Let Die, the Pulsar P2 2900 LED digital watch, co-developed by the Hamilton Watch Company and Electro/Data Inc., was the world’s first digital watch featuring an active numeric display instead of hands pointing at a ring of static numbers.

Originally released in 1972, the Pulsar was also one of the first watches (following the Seiko Astron in 1969) to use a quartz crystal to keep accurate time. An electrical current is applied to the crystal causing it to vibrate in a steady rhythm that can be counted and used to denote seconds, minutes, and hours. When it launched 48 years ago the Pulsar originally sold for $US2,100 ($3,625), which is the equivalent of around $US13,000 ($22,441) in today’s dollars.

It was targeted at early adopters with deep, deep pockets, but Hamilton’s recreation is considerably more affordable—although it’s still far from cheap—thanks to the leaps and bounds of technological innovation the past few decades. 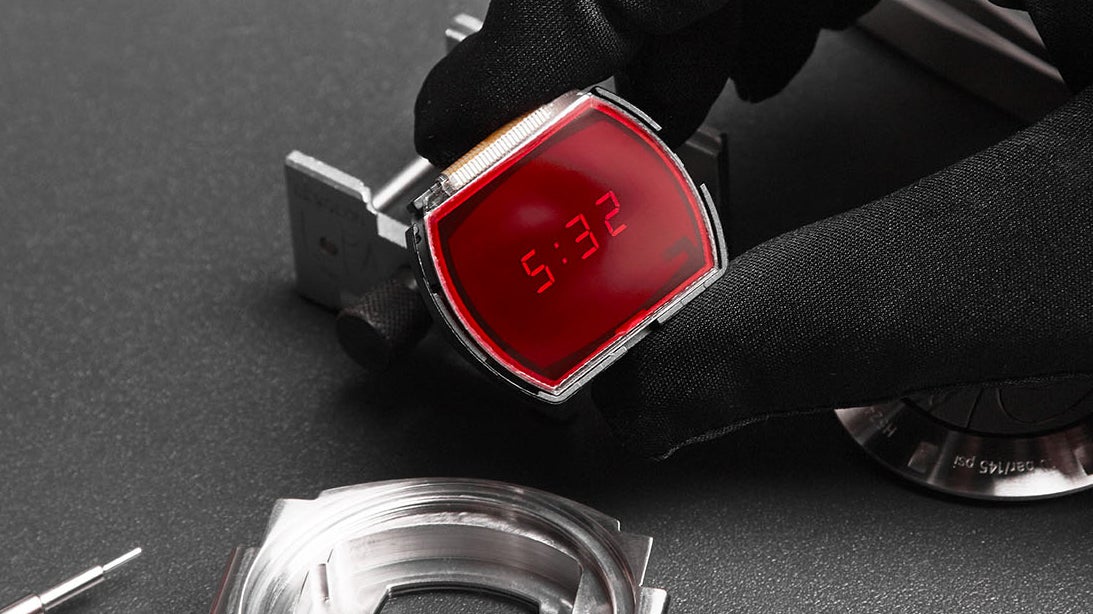 Functionally, the new Hamilton PSR works exactly like the original Pulsar did: At the push of a button the face illuminates to show the time—and nothing but the time. There are no notifications, no chronometers, no alarms, not even the current date. But instead of relying on LEDs, which were cutting-edge in the early ‘70s, the PSR features a hybrid LCD-OLED display.

As aBlogtoWatch discovered while going hands-on with the piece, in passive mode the time is displayed using a classic segmented LCD screen, but when the watch’s single button is pressed, the OLED turns on, recreating the appearance of the original Pulsar’s numeric display with improved brightness and contrast so the PSR can be used outside in bright sunlight.

Instead of targeting well-funded watch collectors this time around, Hamilton is going after nostalgia seekers. The base version of the new PSR with a steel bracelet will sell for around $US750 ($1,295), while a gold version, limited to just 1,970 pieces, comes in at just under $US1,000 ($1,726).