The Koenigsegg Gemera Is A 1,700 HP Warp Speed Machine For You And Your Kids

OK just try to wrap your head around this, because I can’t. I’m just going to lay out the facts. It has a 600 horsepower three-cylinder twin-turbo engine. It has three electric motors. It’s got 1,700 HP total. It has one single gear. It will do zero to 60 mph (97 km/h) in 1.9 seconds. It’ll do at least 400 km/h. And it has two LATCH anchor positions for car seats. It’s the Koenigsegg Gemera and nothing about it makes sense.

I mean that, much like Bezos’ cash is impossible to comprehend for a human brain, what goes on in the Koenigsegg Gemera is seemingly beyond the comprehension of the human brain. Those numbers and capabilities are just tough for a mere mortal to wrap their mind around.

Oh, you want a graph to help make this easier?

Boom. Koenigsegg put the power outputs in graph form. I’m not sure it makes it any better.

What do you even do with that? Haul Jupiter around behind you with a tow hitch?

But of course, none of the discussion about the mysteries of the universe (unfortunately, no relation to the Gemara, and yes, I asked) is complete without a discussion of just how any of it gets to the road. The 2.0-litre twin-turbo three-cylinder little mill, called the “Tiny Friendly Giant” or “TFG,” is mounted behind the occupants in the middle, and actually drives the front wheels and the front wheels only. Naturally, it’s helped out with an electric motor, also powering the front wheels.

The Koenigsegg Gemera isn’t some wildly roided-out Oldsmobile Toronado re-make, however, with huge torque going to the front wheels only. Two electric motors also power the back, meaning it’s got all-wheel drive to help get the power down. And all-wheel steering, too, according to Koenigsegg:

The separate rear e-motors enable torque vectoring and reverse. The front axle has an open differential with a wet clutch pack for each output shaft, also enabling torque vectoring. This means that the Gemera has all-wheel drive, all-wheel torque vectoring, and all-wheel steering, as it also has independent rear-wheel steering – offering maximum traction and safety, and one exciting driving experience. The Gemera also comes with active ride height to complement driving conditions.﻿

Koenigsegg is calling the Gemera the first “Mega-GT,” and frankly, I don’t have a counterargument to that, either. The company promises that four adults can fit comfortably, so that the whole car is suitable for “family and friends,” and that it is designed for “family trips, in comfort, style, and safety.”

To enable that, it still has only two “Koenigsegg Automated Twisted Synchrohelix Actuation Doors,” as the company calls them, but they’re monumentally huge to enable back seaters to get in and out a bit easier, just like on an old Renault Avantime, which was this oddball French coupe-van thing.

It’s also got eight cupholders—four that can heat, and four that can cool—onboard wifi, memory foam heated seats, and four—yes, four—reading lights. God forbid you go without a chilled beverage and the ability to read a map while you’re cruising along at 400 km/h. And if you demand utter silence, the Gemera will do that too, propelling you and three friends on electric power alone up to a mere 340 km/h.

This is nuts. Just nuts.

Even though the price is as-yet undisclosed, and assuming you can afford one (you cannot), Koenigsegg is only going to make 300 of these things.

Go get one while you still can. 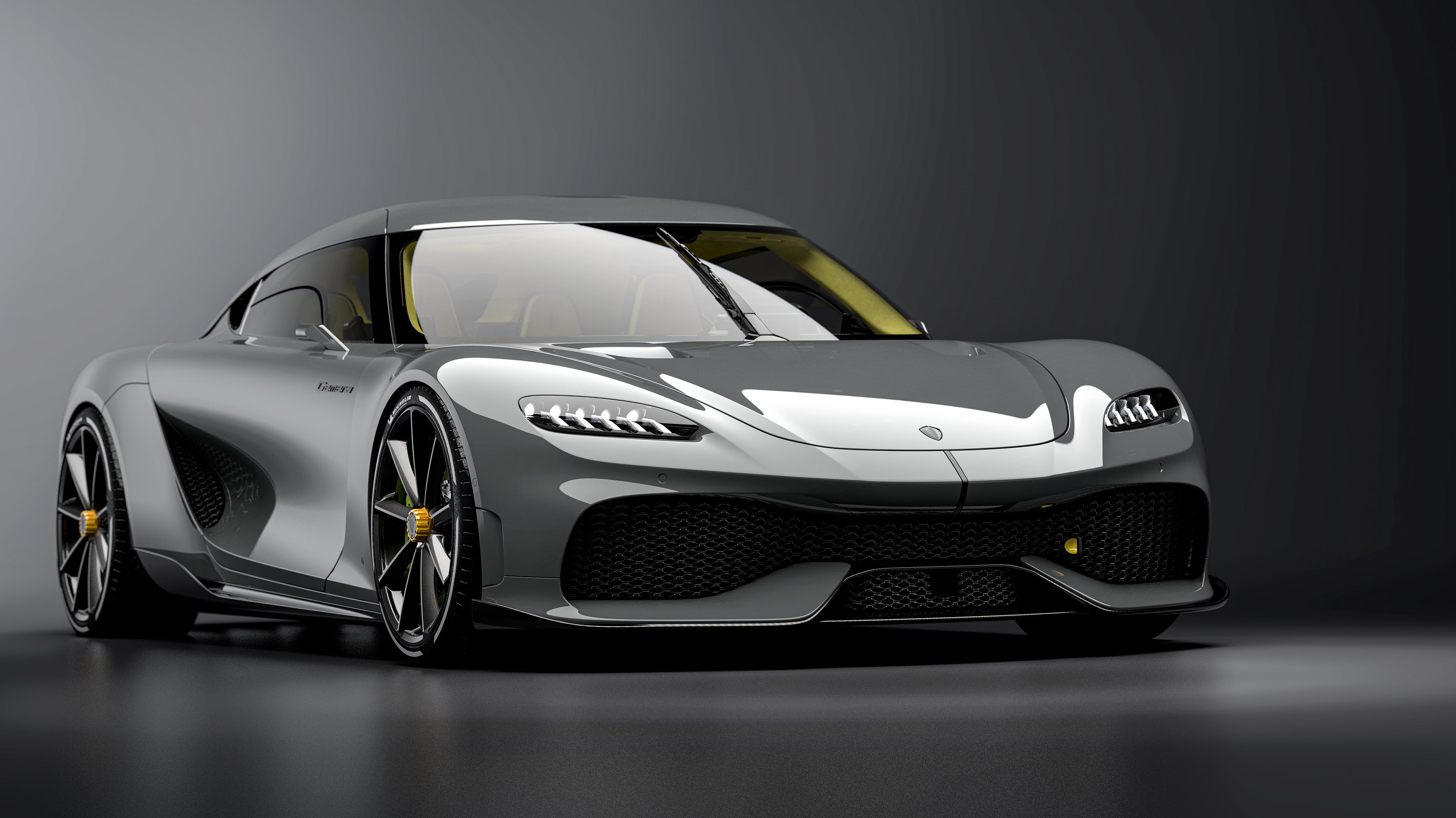 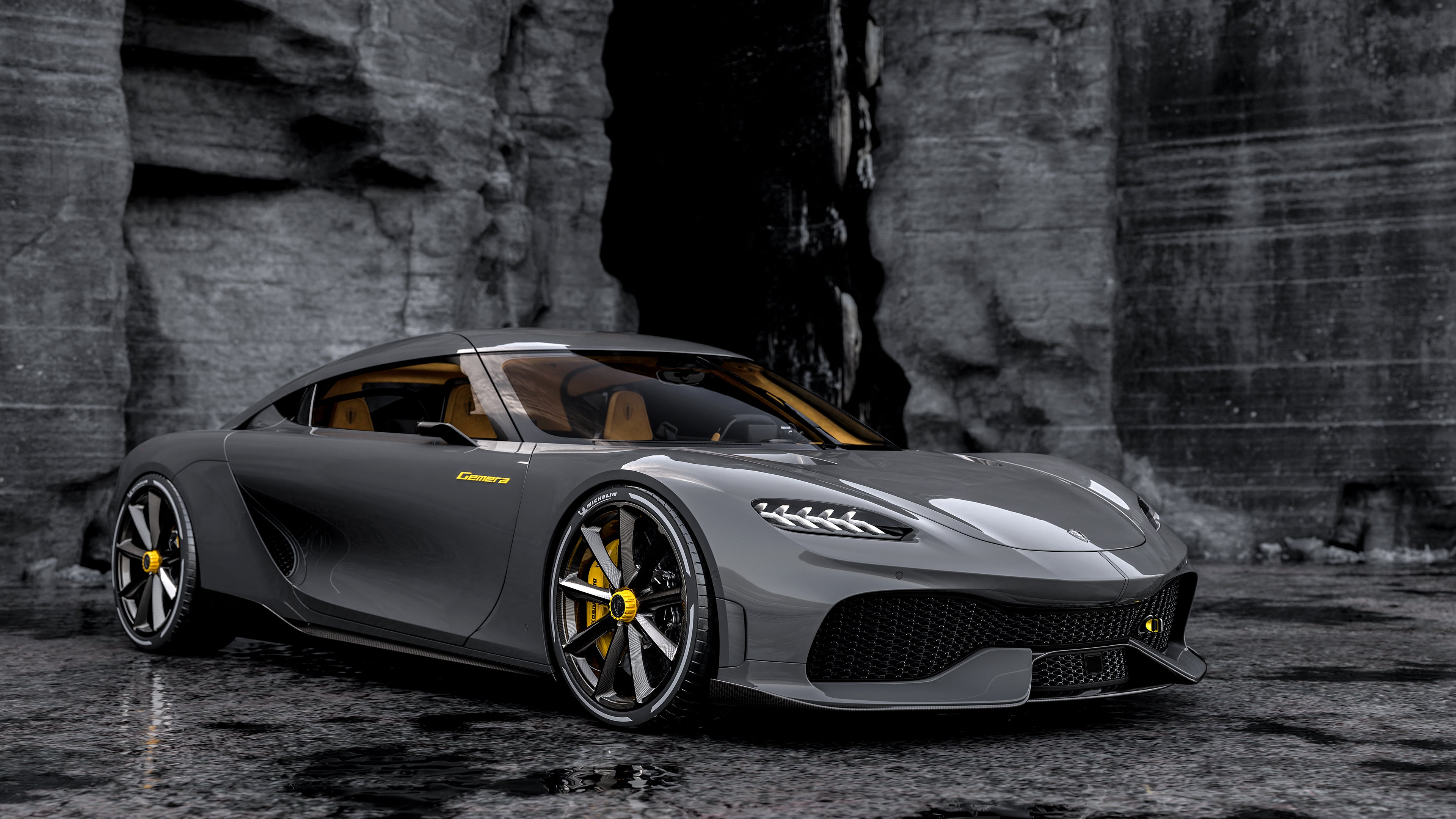 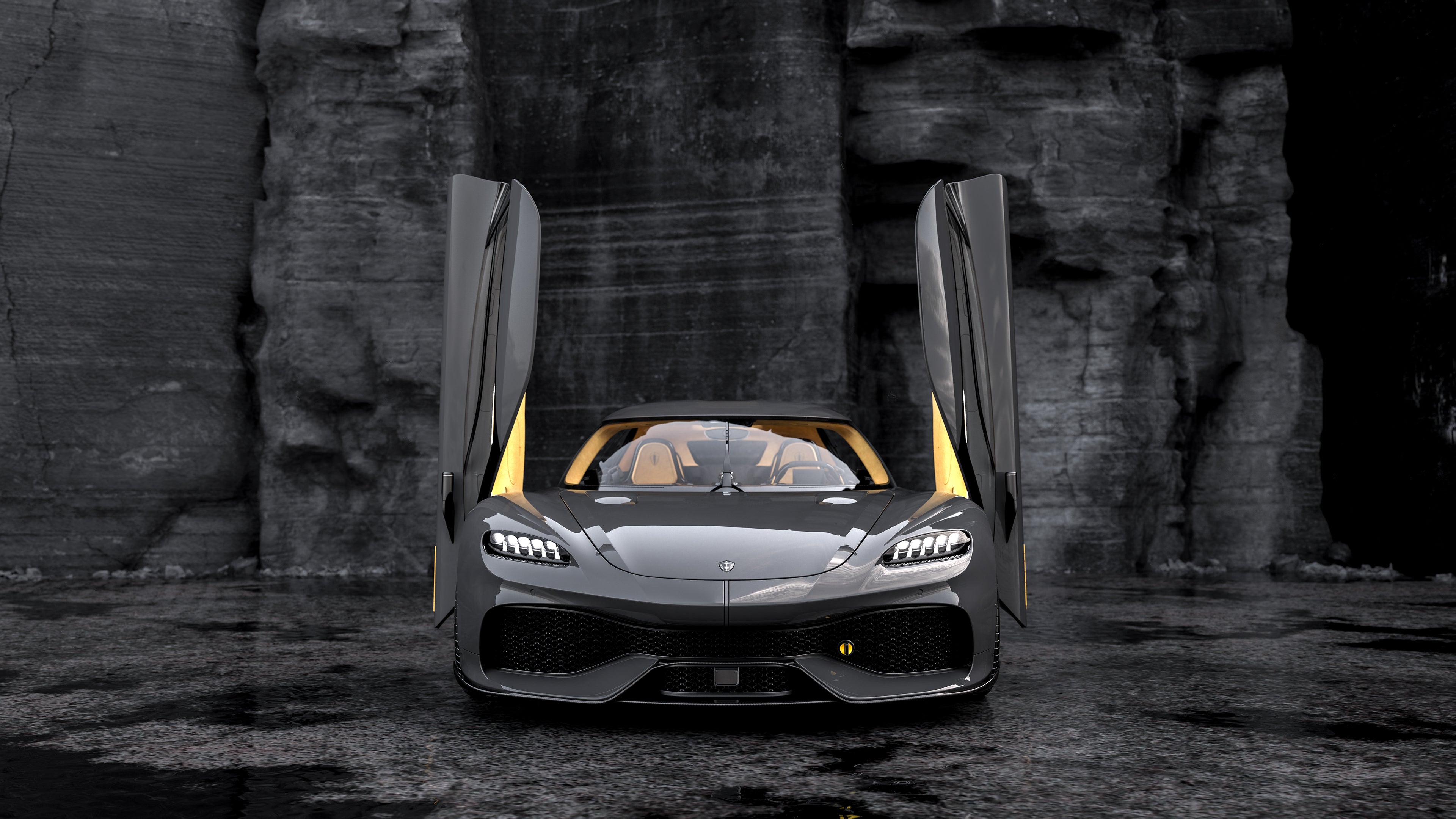 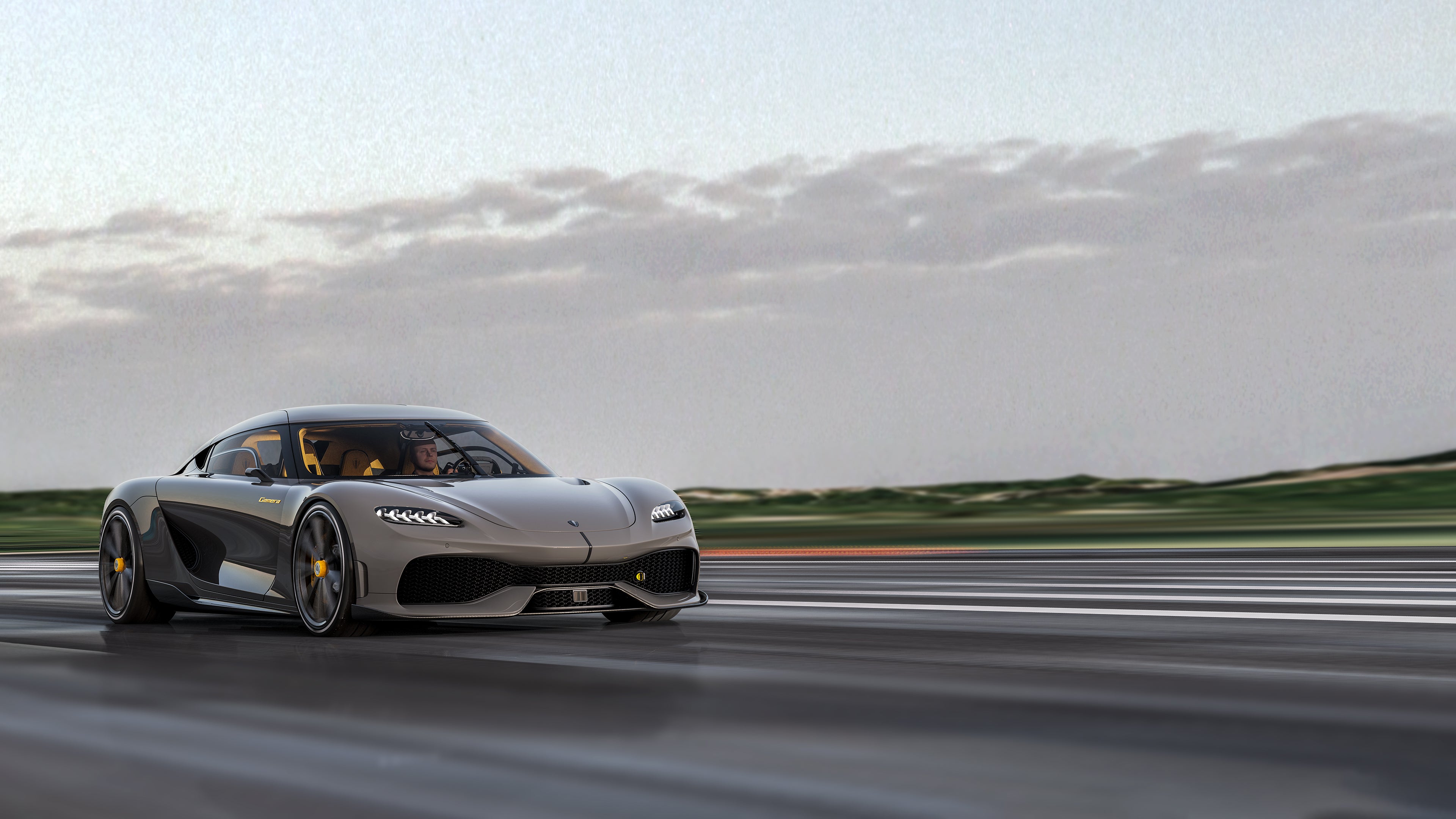 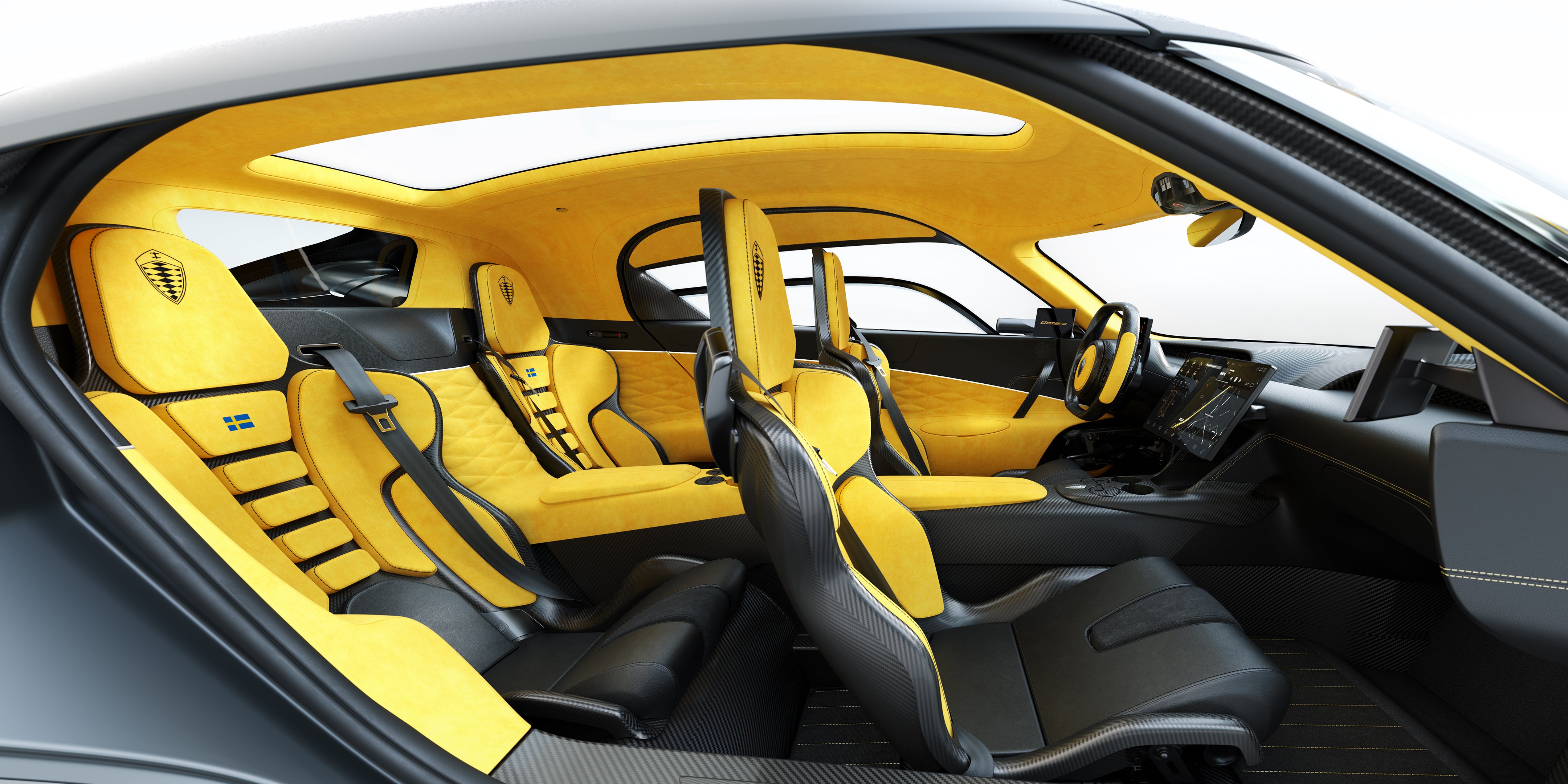 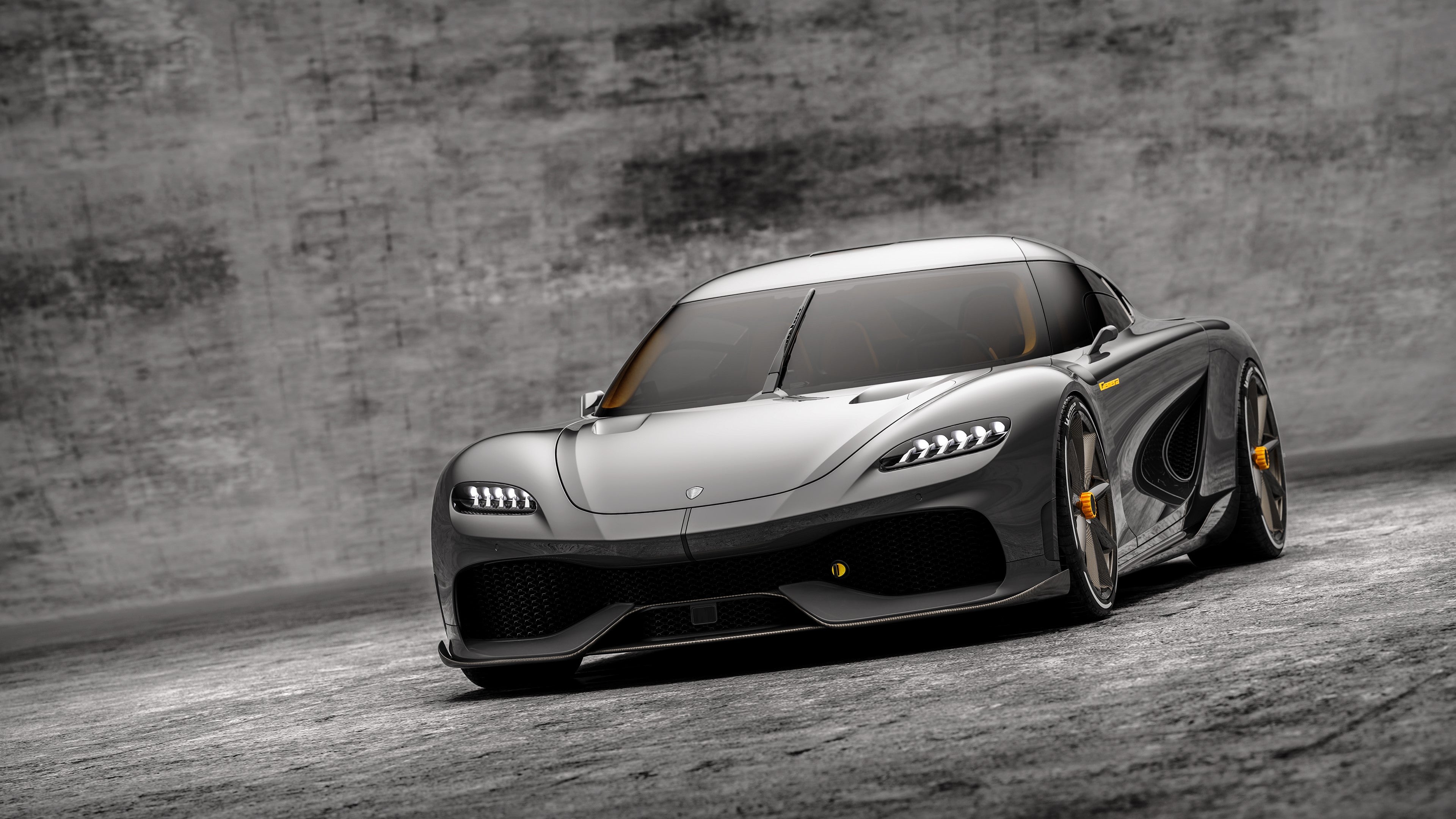