Who's better than Toothless? NO ONE. (Gif: DreamWorks)

Roar Into the Weekend With a Dragon-Themed Gif Party

The Emissary Of Hell, Spider-Man, Is The Showiest Toy Of The Week 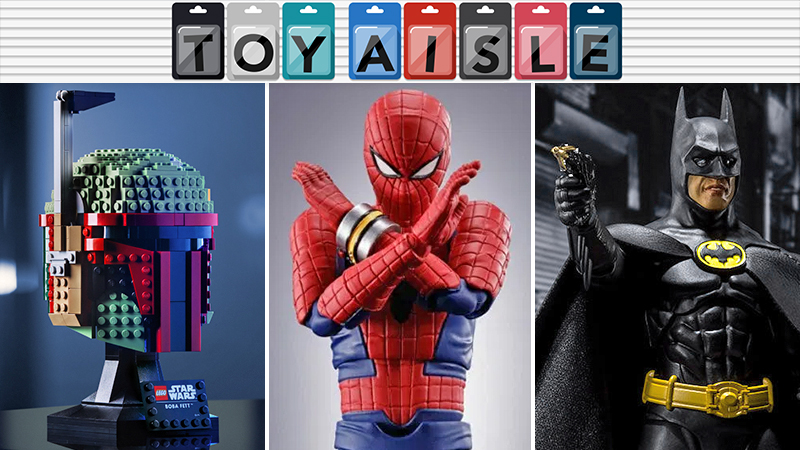 Welcome back to Toy Aisle, Gizmodo’s regular roundup of the latest in all things cool, shiny, and plastic. This week: Lego gets its head in the Star Wars games with some cool new collectibles. Batman and Spider-Man swing into action with Bandai’s Figuarts line. Plus, potted Pac-Men, and a deep dive into the history of Micro Machines. Check it out!

We’ve long loved Takuya Yamashiro, the wonderful, zany hero of Toei’s series. Now, Bandai is giving the show the merch push it deserves with a ton of new collectibles. At the heart of it all is a new Figuarts 6-inch tall take on Takuya himself, complete with multiple hands to replicate his showy poses from the series, or interact with his costume-changing, giant-robot-summoning wrist communicator. But he also comes with a bunch of webbing and webstrings that replicate the practical effects used on the 1978 TV show, to boot!

Meanwhile, in Bandai’s â€œSoul of Chogokinâ€ mecha collectible line, the company will release a transforming model of Takuya’s giant robot, Leopardon”the mecha that gave birth to the Megazord as we know it. The diecast miniature can transform between the mecha mode and into the spaceship mode, Marveller, and comes complete with a display stand that has small miniatures of Takuya in his Spider-Suit and even his Spider-mobile, the GP-07. It’s not done there, though; the set also comes with a life-sized replica of Takuya’s Spider-communicator for your own wrist, with light-up features and sound. The Figurarts Toei Spider-Man will cost around $110 and releases in August, while the Soul of Chogokin Leopardon set will set you back a pricey $320 when it launches in September. Yeah yeah yeah, wow! [Tokusatsu Network] 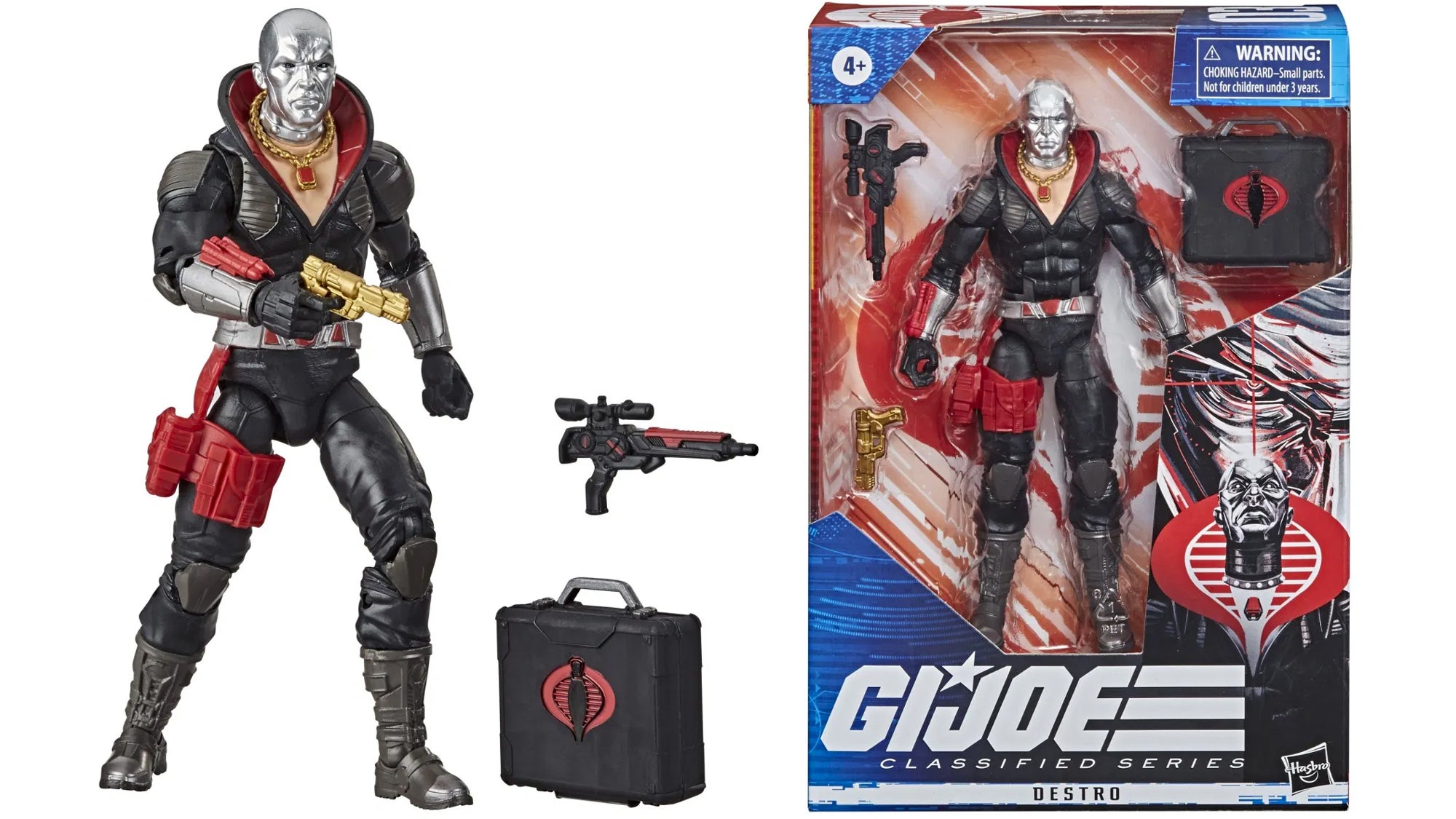 After revealing its new six-inch Classified Series G.I. Joe line at Toy Fair 2020, including new, highly detailed and accessorized versions of Snake Eyes, Roadblock, and Scarlett, Hasbro today revealed that Destro, Cobra’s chrome-headed second-in-command, is joining the ranks. Despite being the evil organisation’s â€œweapons expert,â€ the figure only comes with two guns, although it’s anyone’s guess as to what’s inside that mysterious briefcase. The figure doesn’t ship until June, but at $32 pre-orders on Hasbro Pulse are unfortunately already sold out. 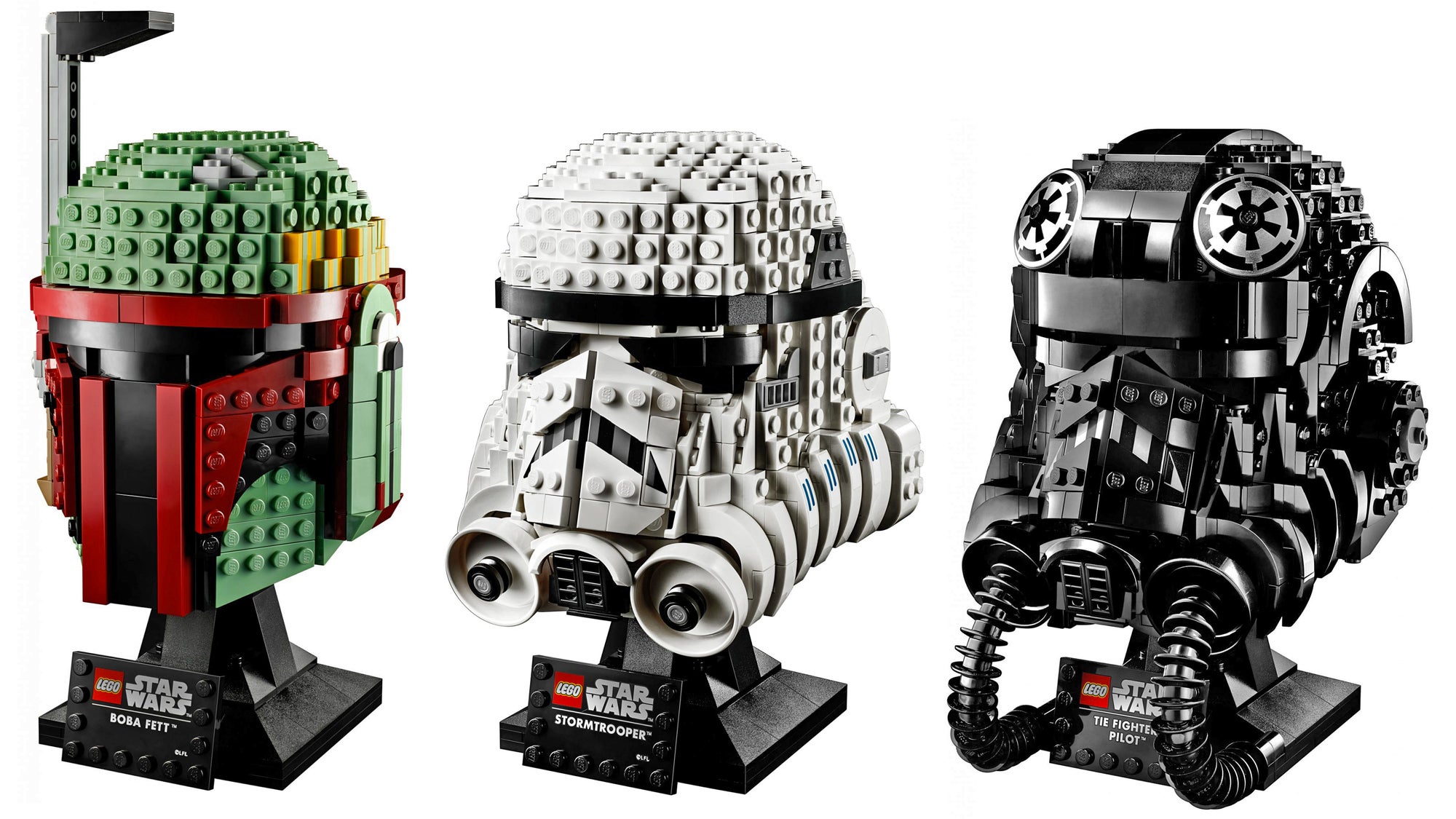 If you like the idea behind Lego’s collectible BrickHeadz sets, but aren’t a fan of the cartoonish caricature appearance of those figures, the toymaker’s new collection of scaled Star Wars helmets seem inspired by its pricy but lavishly detailed Ultimate Collector’s Series sets like the giant Star Destroyer. The 724-piece TIE Fighter Pilot model helmet, 647-piece Stormtrooper model helmet, and 625-piece Boba Fett model helmet will all sell for $90 each when available later next month, but are available for pre-order right now. 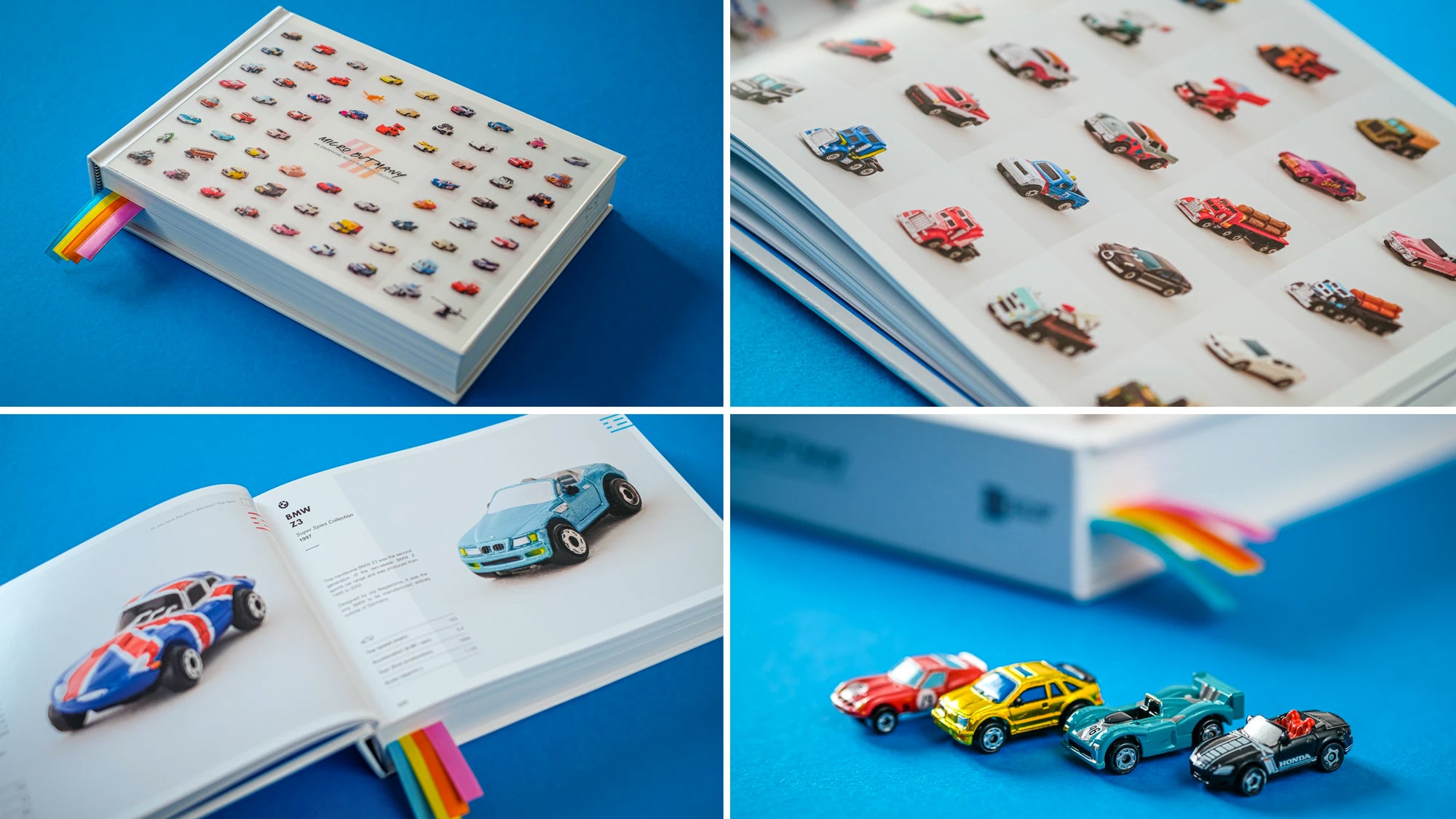 Micro but Many: An Unofficial Micro Machines Collection Book

If you haven’t heard the news, Micro Machines are making a triumphant return in 2020, with Hasbro and Jazwares’ Wicked Cool Toys brand bringing back the diminutive vehicles and transforming playsets. The toys themselves have been absent from store shelves for over a decade, but not forgotten, and if you’re feeling nostalgic for the originals, a new book from Bitmap Books will let you cruise down memory lane. Micro but Many: An Unofficial Micro Machines Collection is slated to be released on April 14 for about $53, and the 400-page book includes over 1,000 photographs of some of the toy line’s most popular vehicles and never before seen prototypes. It also includes stories and anecdotes about the toy line’s development from the original Micro Machines designers. 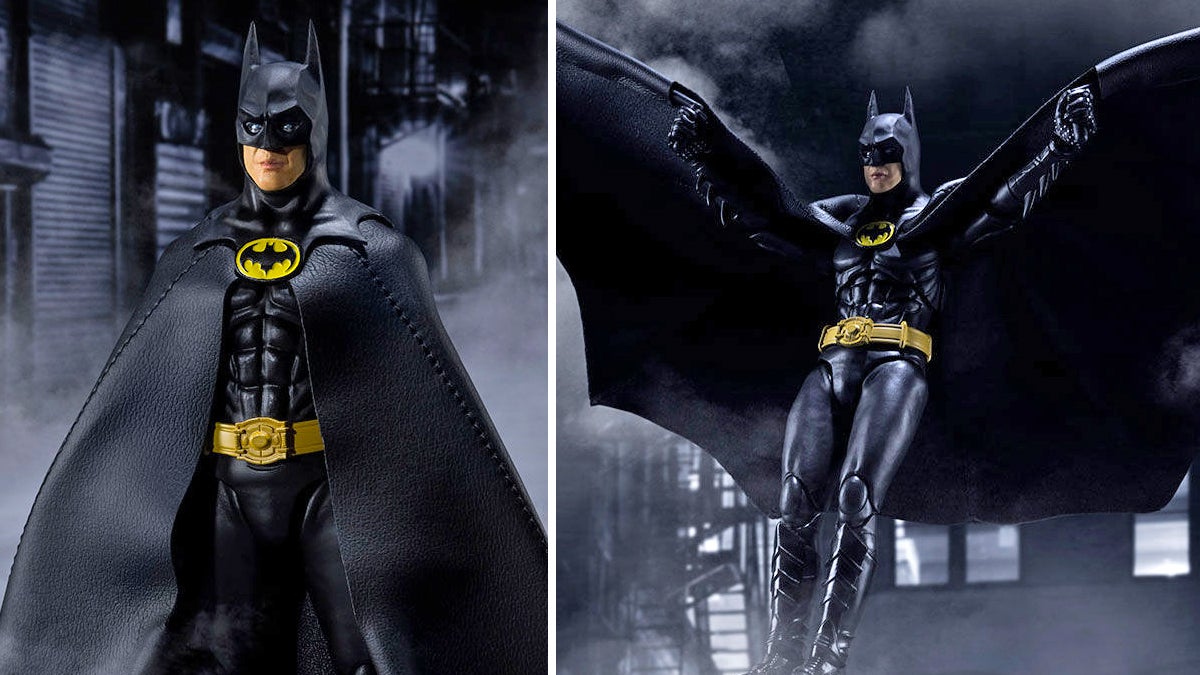 There seems to be more and more interest in Michael Keaton’s portrayal of the caped crusader, a year after the 30th anniversary of Tim Burton’s 1989 Batman hitting theatres. You’ll hear no complaints from us, however, because while there was no shortage of Batman toys back in the day, they were all kid-focused. With a price tag of around $113, this six-inch S.H. Figuarts Batman figure from Tamashi Nations definitely is not. It includes swappable facial expressions, extra hands, a Batarang, a pair of shurikens, cape extensions, and a highly detailed grapnel gun, in addition to a release that hopefully ends up being no later than September, later this year. 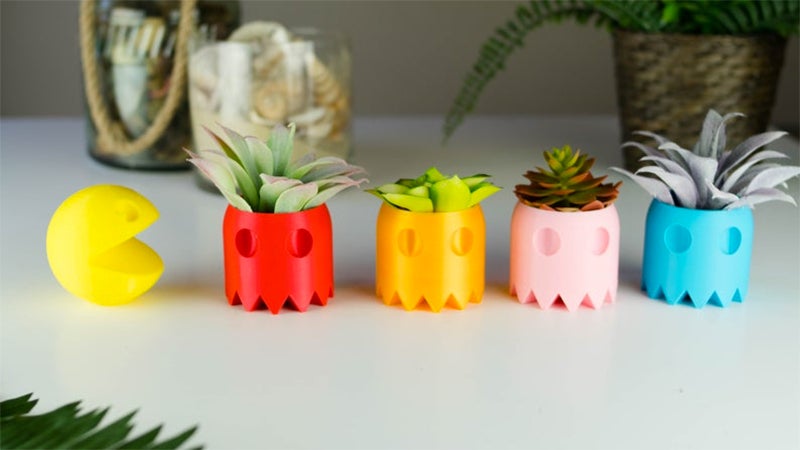 If you’re not quite ready to jump into pet ownership but are desperate for some IRL companionship these days, succulents are just about the easiest plants to care for. But since terracotta pots probably don’t match all the toys and collectibles surrounding your desk, for $24 you can grab this adorable set of 3D-printed Pac Man-themed planters from Etsy seller DipsandPrints. The set includes Pac Man himself, who’s just there for decoration, and hollow versions of Blinky, Pinky, Inky, and Clyde that can be filled with soil and plants.