...Right. Simon Pegg and Nick Frost are the latest celebrities to take to social media with a clever coronavirus-themed video, but theirs has way more going on than most of the others.

If you remember, back in the pair’s 2004 film Shaun of the Dead, directed by Edgar Wright, Shaun (Pegg) and Ed (Frost) discuss their plan during the zombie apocalypse. It’s basically the quintessential Wright scene, employing fast editing, sharp quips, and complete absurdity. In the years since, it’s become something of a meme that people use in a crisis: “Let’s go to the Winchester, have a nice cold pint, and wait for this all to blow over.” Here’s the scene as a refresher.

Well, since the world is currently enduring its own version of this scene, Pegg and Frost reenacted the phone conversation with some timely covid-19 updates. Here it is.

The 2020 political correctness, the zombie jokes, the toilet paper, the Star Trek mug. Basically, we can skip to Friday at this point. Pegg and Frost just won the day. 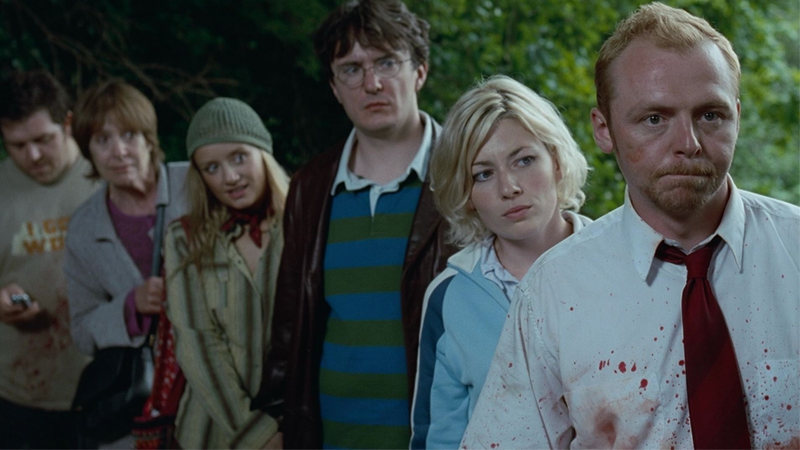 With Simon Pegg and Edgar Wright's fabled "Cornetto Trilogy" - Shaun of the Dead, Hot Fuzz and The World's End - at an end, the odds of ever getting a follow up to one of those movies were always low. But it's good to know that even Pegg's pub joke pitches about sequels sound as ludicrously good as the actual movies.