India Locks Down Entire Population Of 1.3 Billion For 21 Days 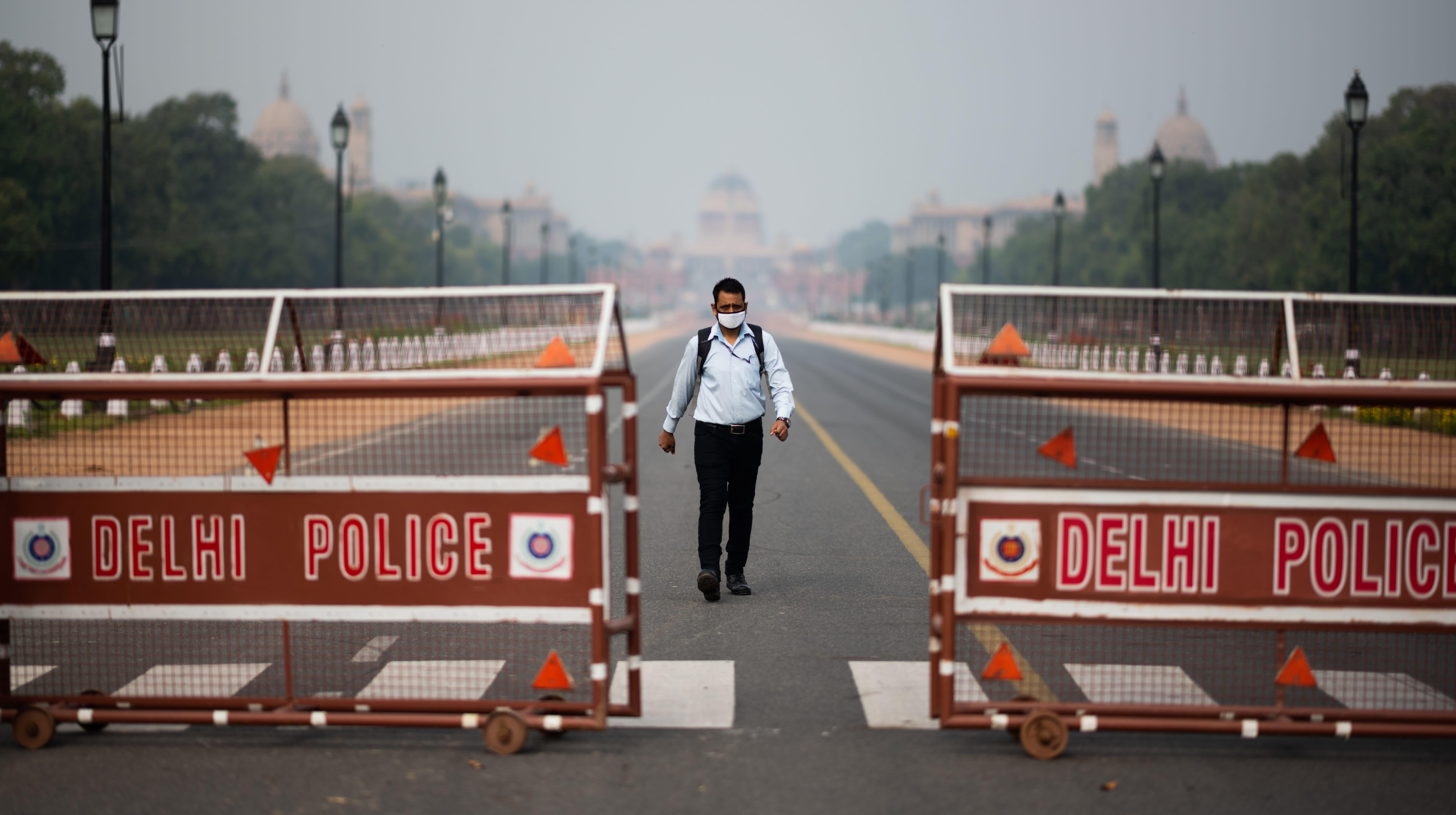 A man walks on a deserted street leading to the Presidential Palace during a government-imposed lockdown as a preventive measure against covid-19 in New Delhi, India, on March 24. (Photo: Getty Images)

The government of India will ban all 1.3 billion people in the country from leaving their homes for 21 days, according to a new declaration made Tuesday night by Prime Minister Narendra Modi. The total lockdown is an effort to slow the spread of covid-19, an illness that has already sickened at least 519 in India and killed 10, according to the Johns Hopkins University coronavirus tracker

“To save India and every Indian, there will be a total ban on venturing out,” Modi announced on TV, according to an English translation by the Associated Press. Modi also announced a new $US2 ($3) billion package for the country’s health care system.

India, the second most populous country in the world, will begin enforcing its lockdown at midnight tonight (2:30 pm ET). Modi emphasised that people aren’t allowed to leave their homes, but it’s not yet clear what kind of exemptions there might be for buying things like food or medicine, if there are any at all. Twenty-one days is a long time to not have access to essential services.

“If we don’t handle these 21 days well, then our country, your family will go backwards by 21 years,” Modi said, according to the Economic Times.

At least 100 million people were already on lockdown in some of India’s largest cities, including New Delhi and Mumbai. The new decision to lock the country down was made after it became clear that many people were only practicing social distancing if they were sick, according to India Today.

India still has a relatively small number of detected cases relative to the size of its population, but if there’s been one lesson from countries like China, Italy, Spain, and Iran, it’s that governments must enforce social distancing early on to prevent the spread of the disease. It’s the most powerful tool countries have to slow the rate of infection. China has only halted its spread of covid-19 through draconian lockdowns, while countries like Italy and Spain were slow to enact tough measures. Italy currently has over 63,000 cases and over 6,000 deaths, while Spain has over 39,000 cases and 2,800 deaths.

Meanwhile, President Donald Trump has spent the past two days signalling that he’d like to open the United States economy back up, allowing younger people to return to work while older people shelter at home. Needless to say, public health experts warn that this plan would be a disaster.

“Our people want to return to work,” Trump tweeted Tuesday morning. “They will practice Social Distancing and all else, and Seniors will be watched over protectively & lovingly. We can do two things together. THE CURE CANNOT BE WORSE (by far) THAN THE PROBLEM! Congress MUST ACT NOW. We will come back strong!”

While Trump is encouraging Americans to get back to work, the rest of the world is hunkering down for the long haul during the coronavirus pandemic, despite the economic consequences. India is just the latest to announce a complete lockdown, following on the heels of British Prime Minister Boris Johnson’s announcement Monday.

People around the world are concerned about the global economic downturn that we’re all witnessing and the frightening loss of jobs. But as New York Governor Andrew Cuomo said today, it’s literally life and death.

“No one should be talking about social darwinism for the sake of the stock market.”