How Coronavirus Is Tested In Australia

With the number of confirmed coronavirus infections steadily rising in the country’s major cities, it’s likely more and more Australians with suspected symptoms will head in to get tested. In order to better understand how the process works, we asked the Department of Health what happens when you’re required to test.

Australia now has 100 confirmed cases of coronavirus with more than 50 of them located in the Sydney region alone. The rise, while still minor compared with outbreaks in other countries like Italy, South Korea and Iran, has caused some alarm and has led to a number of people presenting themselves for testing.

Lines of patients lining up for COVID-19 testing now extending half a block at @TheRMH. pic.twitter.com/T8X1nrtPSn

“Our focus at the moment is testing people who are returned travellers, who have acute respiratory symptoms ” cough, sore throat and the like. And contacts of confirmed cases,” Dr Murphy said in the press conference.

“At the moment, we are not recommending that general members of the community with acute respiratory symptoms ” colds, flu, and the like ” be tested.

“It may happen at some stage in the future, if we have more community transmission than that one episode we’ve got.”

Coronavirus, or COVID-19, has been infecting thousands of people since the end of December 2019 but despite the health communities concerns about its far-reaching spread, the World Health Organisation (WHO) has resisted calls to consider it a pandemic. Here's why.

So, what happens when you test for coronavirus?

The method for conducting a test for coronavirus isn’t too complex ” it can range from a quick swab of the throat and nose to a more invasive bronchial washing, which requires a bronchoscope to be inserted into the mouth or nose to collect a sample.

“A swab specimen is collected from your throat and nose. This could be the same swab,” a Department of Health spokesperson said to Gizmodo Australia. “If the patient is productive of sputum [mucous], a sputum specimen is collected. In hospitals, specimens from the lower respiratory tract may be collected, for example, bronchial washing.”

Once a sample has been taken, the specimen then gets sent to a pathology lab for testing. While a negative result will usually be available within a few hours, according to the department’s spokesperson, positive results take a lot longer.

“Positive results can take longer because confirmatory testing is performed,” the spokesperson said.

“Variations in time result for the time between the specimen being collected and when it arrives at the pathology laboratory and the time taken for the referring doctor to contact the patient. The pre-analytical and post-analytical times are not controlled by pathologists and medical laboratory scientists.”

The tests used to detect novel coronavirus, or COVID-19 as it’s now known, looks for severe acute respiratory syndrome coronavirus 2 (SARS-COV-2) ” the virus strain that causes the COVID-19 disease. Its features differ from other influenza viruses.

“The tests detect specific sequences of nucleic acid unique to each particular virus,” the spokesperson said. “This means when a patient is referred to a pathologist the referring medical practitioner should specify the relevant clinical information so the pathologists and medical laboratory scientists know what pathogen targets to look for.”

Despite some limited reports of people experiencing positive results without showing symptoms around the country, the health spokesperson maintains the tests are very accurate.

“False negative and positive results often occur for reasons not associated with the test. For example, poor specimen quality is a common cause of false negative results. It is best to collect specimens from patients with symptoms,” the spokesperson said to Gizmodo Australia.

Some have suggested Australia could be actively testing more Australians and the health department’s spokesperson maintains the country has sufficient capacity.

“Australia is supported by an expert network of public health microbiology laboratories with the capability to detect and confirm SARS-CoV-2 in each state and territory,” a spokesperson said.

“The number of tests undertaken varies day by day and there is sufficient capacity in the system.”

In the meantime, a drive-through testing facility has just been set up in South Australia to deal with despite the state only having seven confirmed cases. As for the states with higher numbers of infection, we’ll just have to wait and see whether capacity truly is sufficient. 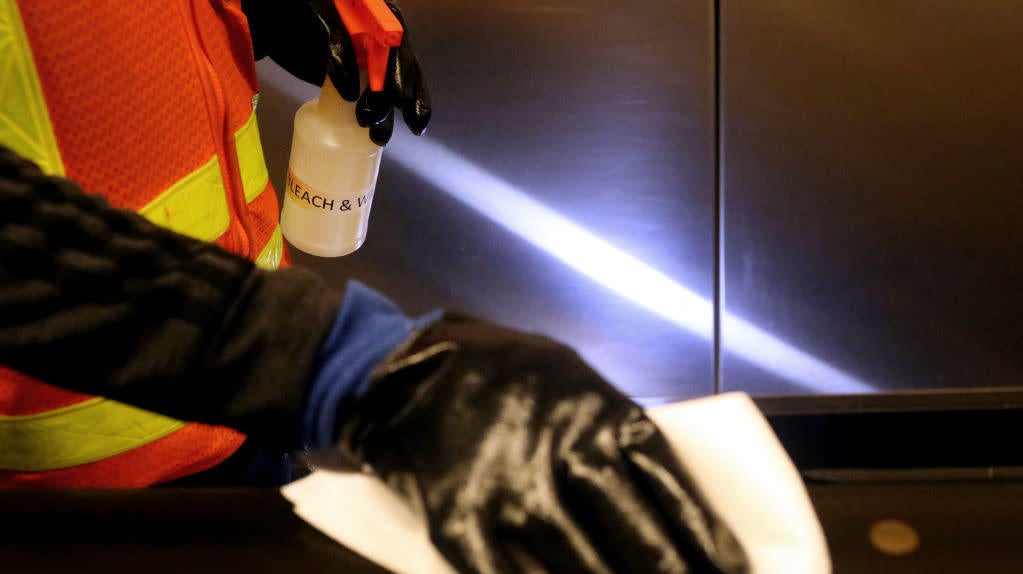 The ongoing outbreak of a newly discovered, sometimes fatal coronavirus has many people wondering how much they should be altering their daily lives to avoid infection. As the disease known as COVID-19 has begun spreading locally in parts of the U.S., we've compiled answers to commonly asked questions submitted by our readers, friends, and coworkers.