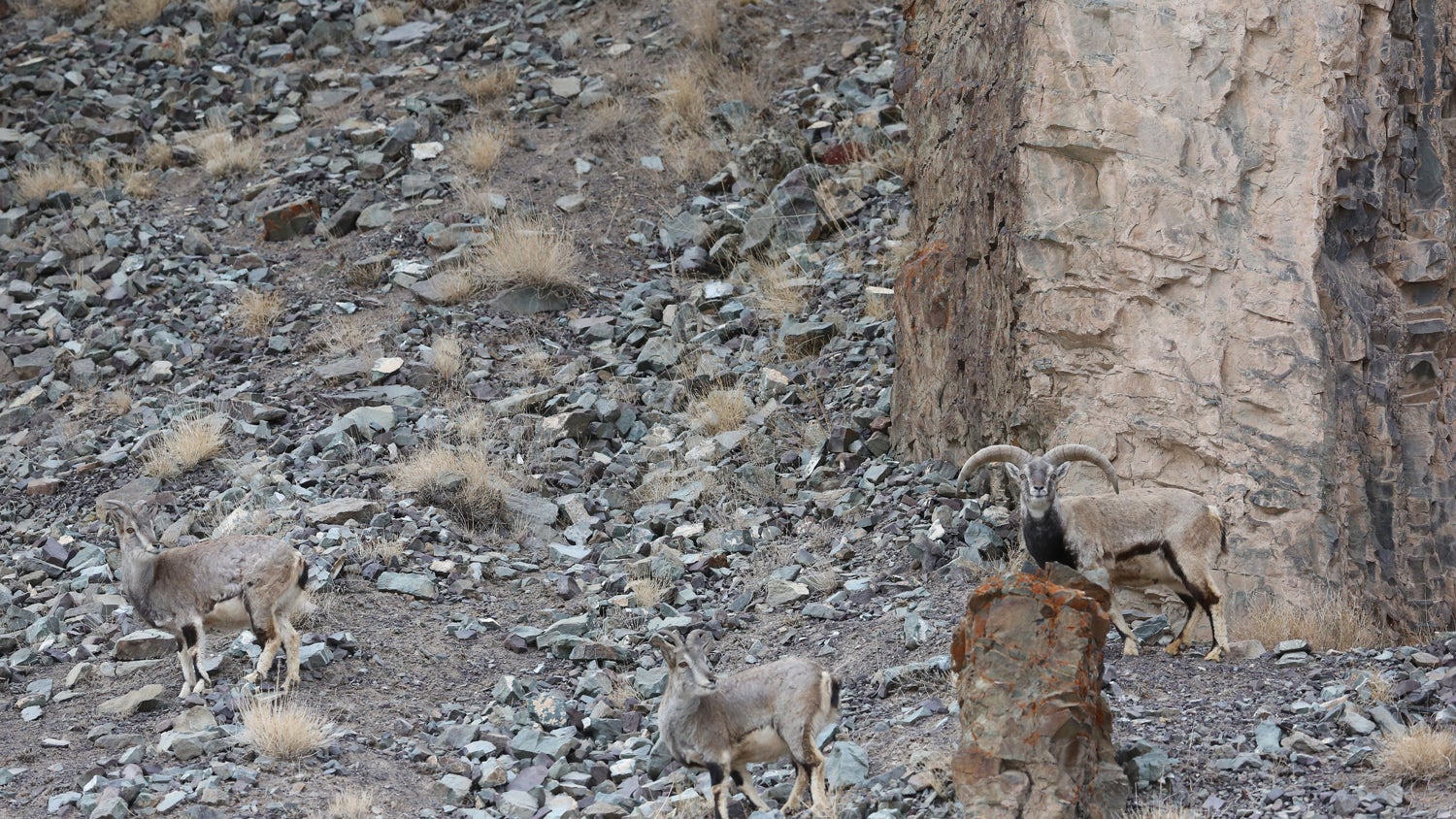 Can you find the big cat sneaking up on its prey in this amazing photo by wildlife photographer Inger Vandyke? (Note: This is not a troll. The leopard is really there.)

There’s a good reason it’s so difficult for photographers and film crews to capture the elusive snow leopard in the wild. The animal is not only a master of stealth, it also sports a patterned fur coat that turns it nearly invisible in its natural habitat.

If it makes it easier, here’s a higher resolution version of the same photo, which was snapped by Vandyke during a 17-day mountain expedition in Ladakh, India, a few years ago, where she was fortunate enough to spot the snow leopard stalking and attacking an unsuspecting group of bharal, also known as blue sheep. 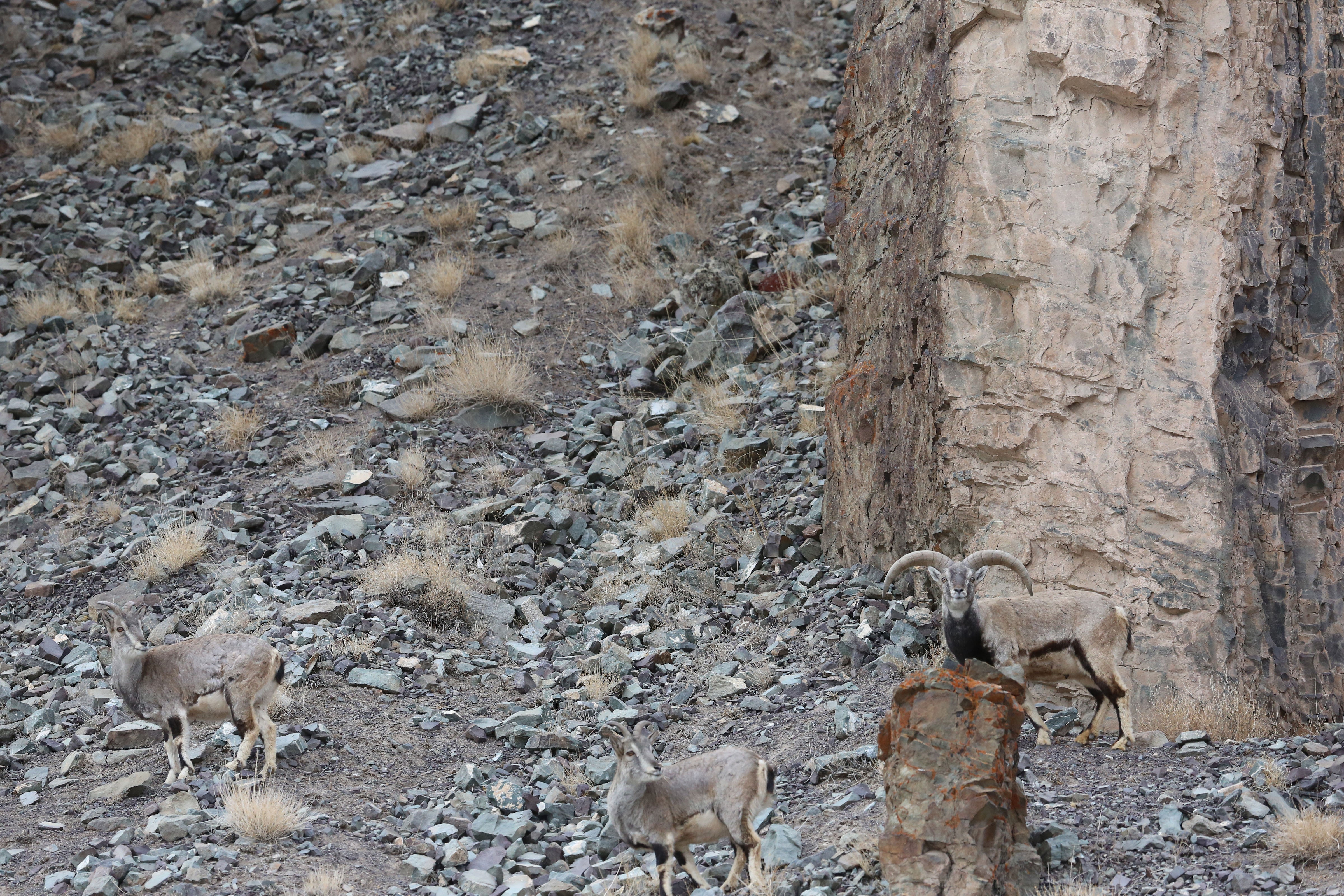 Still can’t spot the predator? It’s a good thing you aren’t one of these sheep. They have the requisite speed and agility to escape a snow leopard once it reveals itself. You, on the other hand, would be a slow and satisfying meal. Here’s where the snow leopard is hiding:

[Inger Vandyke via The Telegraph]