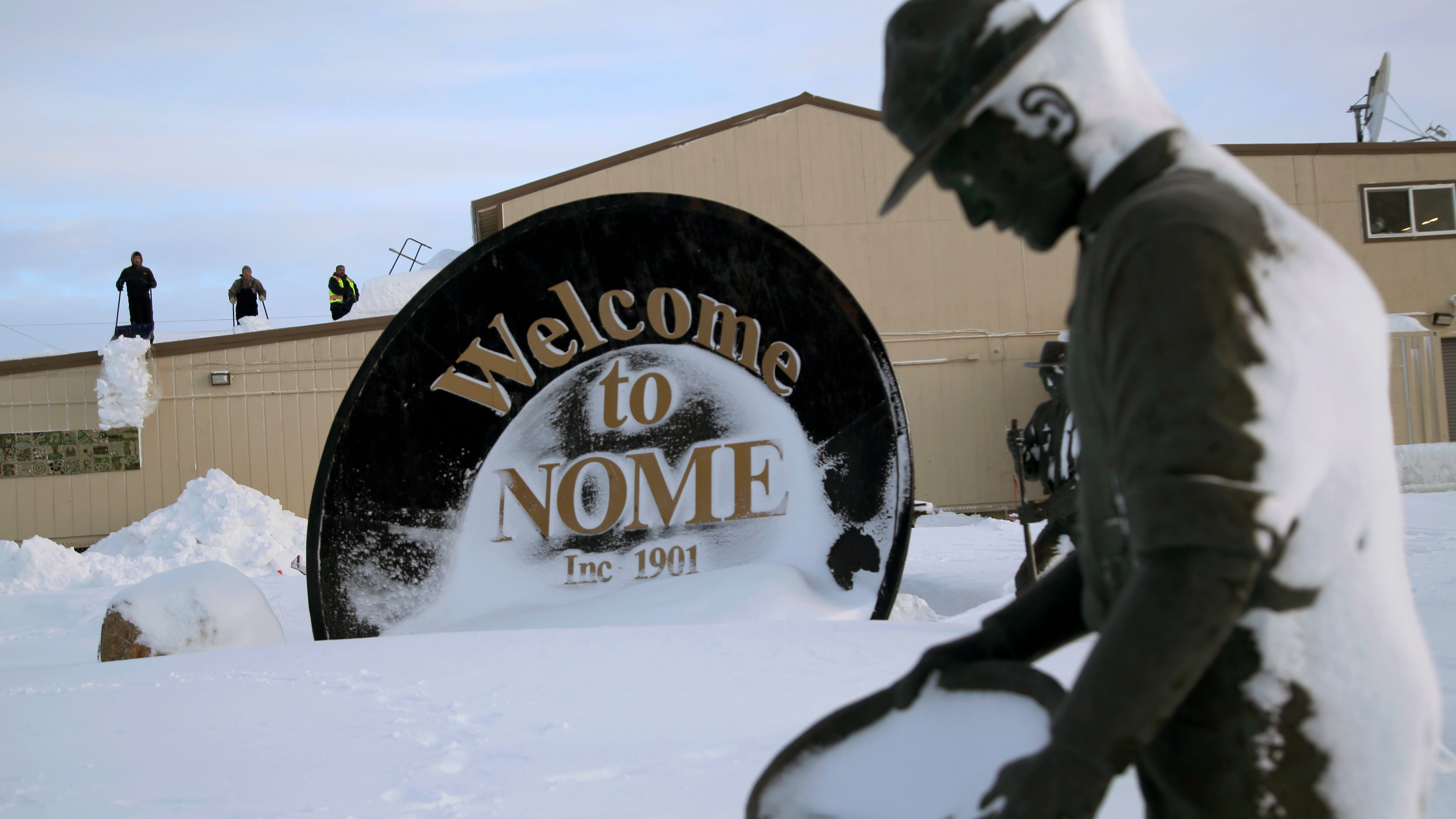 Twice a day at National Weather Service Offices nationwide, personnel release weather balloons to measure atmospheric pressure, temperature, humidity and wind speed. In Nome, Alaska, Bob TenEyck or his partner would do that at 3 a.m., a few hours after measuring the snow depth and snowfall. For 112 years, these snow measurements in Nome were unbroken—until late last year. Balloon-releasing was handed off to an automated Finnish system, and the office switched from a 24-hour staff to a Monday through Friday, 40-hour-a-week army of one: TenEyck.

TenEyck wasn’t the only one left alone. By October of last year, said University of Alaska Fairbanks climate specialist Rick Thoman, rural offices in Kotzebue, Bethel, McGrath, Cold Bay, Kodiak, and Yakutat, were too understaffed to measure snowfall or snow depth. Many of these observatories boasted snow records dating back nearly a century. Well, they’re skipping records now, thanks to increasingly automated weather observations. This has already compromised climate records in one of the fastest-warming places on Earth and could make it harder for some Alaskan communities to get aid for severe weather events.

The problem, said Thoman, is that snow measurements are surprisingly hard to automate. Rain is easy. Whether you use human hands and eyes or automated tipping-bucket gauges makes no difference. As long as there’s a place for water to rest, it’s easy to measure.

Frigid snowfall, on the other hand, can be hard to coax into a bucket. It’s also less dense. “If I told you that we had three-hundredths of an inch of liquid out of our one inch of snow,” says Thoman, “those are two very different numbers.” Inconsistent types of precipitation, especially, can lead to mixed signals about how much snowfall you’re getting.

Automated sensors that use ultrasonic pulses to gauge snow depths are accurate. But in the tundra, said Thoman where snow persists and winds rip about, snow can get piled up, scattered about, or compacted, it takes several sensors strung over a few hundred meters could give you a reasonably clear signal about how much snow there is.

“The gold standard is still the trained human being,” Thoman told Gizmodo.

Toys can’t replace human hands and eyes when it comes to measuring snow for now. However, human hands are increasingly hard to come by.

In the 1990s, the NWS began aggressively expanding the Automated Surface Observatory System mainly to aid the Federal Aviation Administration (FAA) with gauging flight conditions. It’s since been renamed the Surface Airways Observation Network (SAON) and boasts more than 900 autonomous sites nationwide. Those stations collect temperature, precipitation, and pressure data hourly. The SAON was also a bellwether—especially in Alaska—of not only increasingly automated weather collection networks but of NWS staffing issues.

“[T]here has been more missing temperature data in the last five years than there was in the previous 70 years combined.”

Since 2009, the NWS has been reducing staff at its 12 rural weather stations along with three major Weather Forecast Offices. According to a letter submitted to Secretary of Commerce Wilbur Ross by several annoyed Alaskan and Hawaiin members of Congress, 30 per cent of these positions were unfilled as of 2016. The agency’s Valdez office shuttered in 2016. And under Trump, the NWS planned to close all 12 remaining Alaskan offices. Yet, the three central Weather Forecast Offices in Alaska have to cover a territory that would be manned by 10 forecast offices in the Lower 48.

But Richard Hirn, the NWS Employees Organisation’s general counsel, has also accused the agency of offering historically low payment for these positions in Alaska, then citing the resulting lack of interest as a driver of automation. Much like thawing permafrost releasing methane and warming the atmosphere further, it’s a feedback loop.

Now, the SAON forms the backbone of Alaskan weather and climate observations. Only, it doesn’t measure snowfall. After all, it was designed to aid the FAA. So, while every SAON system has three pressure sensors as a backstop, it has only one point of failure for both weather and precipitation, Thoman said.

Hence why, in Alaska, according to Thoman “there has been more missing temperature data in the last five years than there was in the previous 70 years combined.” Nationally, one study also suggests that human observers and automated systems did not match up roughly a third of the time when it comes to precipitation. Precipitation-type diagnoses only stayed consistent because human observers were “frequently overriding” the automated reports.

The NWS augments its weather stations with volunteer “cooperative observers,” often at fire departments and water treatment facilities. There are over 150 such observers helping cover data gaps throughout Alaska. However, while they can collect data on snowfall and depth, none of their records meet long-term, climate-record scrutiny.

The agency also works with the National Park Service (NPS) to deploy a plethora of largely automated weather observatories throughout parks. Yet only one such program—the National Resources Conservation Service’s SNOTEL—collects rigorous snowfall and snowpack observation.

SNOTEL sites also only have one acoustic snow-depth sensor, which limits their reliability in tundra environments. NPS physical scientists Pamela Sousanes told Gizmodo that “for the National Park Service weather stations, we’ve now got about one station for every million acres of land.” That’s an improvement, but with both SNOTEL observatories and cooperative observers being concentrated in the south and east parts of the state closer to populated areas, there remain huge gaps in vital climate data in northwest Alaska.

“[The NWS] will tell you ‘we’re looking for cooperative observers in these places,’” Thoman said. “But they should have started this before they turned off the snow measurements.”

And a push to fill vacant positions at NWS offices probably isn’t happening under an administration that wants to shrink it, and a Senate that has focused as much on eliminating vacant positions as much as it has on filling them. According to Thoman, climatologists need long-term datasets sites like Nome’s. Having a place that makes observations a few days a month might be of some value to the weather service, but it’s of no value to the climatologist.”

In a slight bit or irony, a weather network built with an eye towards aviation, may be leaving us flying blind, with compromised projections, into the future of one of the fastest warming environments in the world. And the next time Nome has a record snowfall day—as it did this past winter—it might be harder for it to request government assistance to keep the town running. After all, how can you prove you’re dealing with a record-breaking snowfall, when you have no record to break?

Ian is a moderately professional freelance science, health, environmental, and outdoor writer (and professional procrastinator) for Google-able outlets all over the interwebs.