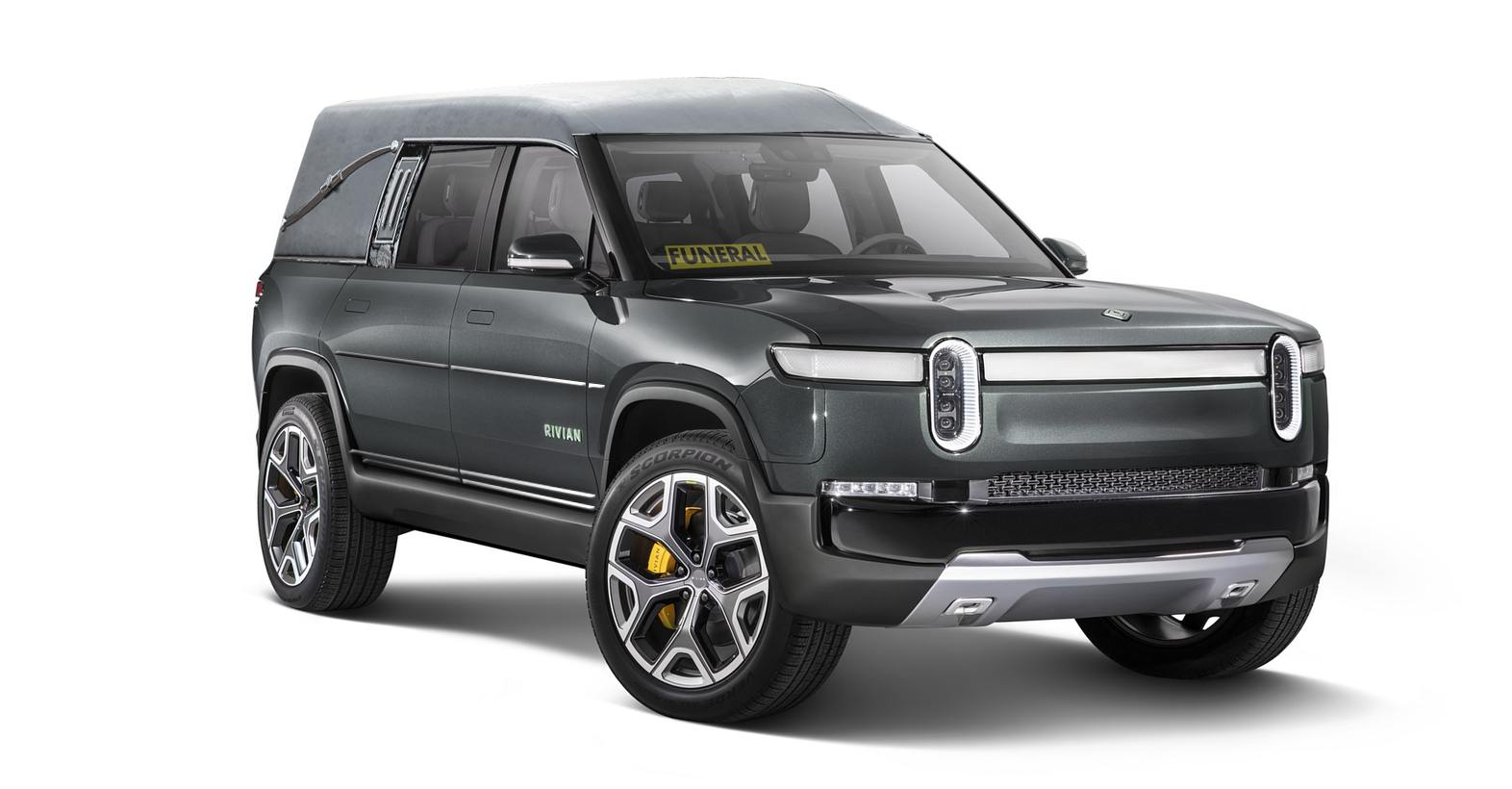 Green funerals are becoming rather fashionable these days, with options like urns that grow into trees and biodegradable caskets becoming increasingly popular. But what about getting to the graveside? My humble suggestion is that hearses go electric. It actually makes a lot of sense.


The truth is, I can’t think of a use case better than hearses for EVs. Sure, England was ahead of the curve with their slow, quiet electric milk delivery vehicles, milk floats, and that was a really revolutionary back in 1889, but milk is heavy, much heavier than an occupied casket, and the somber mood of funeral duty is exactly where a near-silent, smooth-driving, zero-emissions vehicle would fit the bill.

But there’s another reason that we ought to consider electric vehicles for funerary duty: the models we in America have become used to seeing as hearses are no more. The goofy Ford Flex-based Lincoln MKT bowed out in 2018 and we lost the Cadillac XTS last year. These two cars never looked particularly graceful with extended vinyl coachwork and mock landau bars fitted to already bulbous and ungainly bodies, but they were suited to the task because their front-wheel-drive layout made modifying them rather simple.

With less mechanicals in the way, coachbuilders were able to make the changes necessary to prepare them for work without much difficulty. Was it as simple as working on Cadillac’s old heavy-duty body-on-frame Commercial Chassis? No, but in terms of modern vehicles, it was probably the best they had to work with amongst the offerings of the domestic high-end brands.

But with those models gone, it’s time to consider a new basis for funeral cars, and I’m thinking that they should go electric for several good reasons.

I already mentioned the quietness of electric vehicles. Of course, the Cadillacs and Lincolns that have long been the mainstays of the funeral coach industry have always had a reputation for smooth and sedate driving characteristics, but the gearless and immediate torque delivery of electric motors will beat a slow-revving V8 or V6 for smoothness and silence any day. Why stick with good when you could do better? It’s your loved one’s last ride, after all.

Then there’s how hearses are used. Travelling from funeral homes to nearby cemeteries, hearses don’t see a ton of mileage and what distance they do see is typically at low speed in funeral processions. Slow-moving traffic for short distances? Can you think of a more appropriate use for EVs?

Of course, I’m not the first to think of this idea. A now-closed coachbuilder in the Netherlands marketed a Tesla Model S-based hearse a few years back, though its window-sided design would have looked a little out of place among the more traditional models we see over on this side of the Atlantic. Someone built a hearse out of a Nissan Leaf too, but honestly, it doesn’t look quite as reverent as I’d really like. I’m sure you’ll agree.

But those weren’t even the first electric hearses. Not by a long shot. Shortly after those milk floats hit the road in Great Britain, the Waverly Carriage Company displayed the first one at nearly 109 years ago to the day at the 1911 Chicago Commerical Automobile Show. That was during the first electric vehicle craze, before internal combustion grabbed the market and wouldn’t let go. More than a century later, it seems like we’re finally ready to give the electric hearse another look.

So what EVs am I thinking of? Well, seeing as hearses have tended to be based on larger luxury cars and with good reason, particularly Lincolns and Cadillacs, I think our best bet right now (or at least when production starts) is probably going to come from Rivian. We could wait until the luxury electric pickup and SUV maker finally drops its collaboration with Lincoln, but I think the standard Rivian R1S SUV would be more than appropriate to start.

With ample space in the back for a casket, the Rivian will likely be plenty suited to the task. It might have a higher load floor than an XTS or. MKT-based hearse, but with a slide-out tray like most hearses are already fitted with, I’m pretty sure pallbearers will be up to the task of moving caskets in and out with ease.