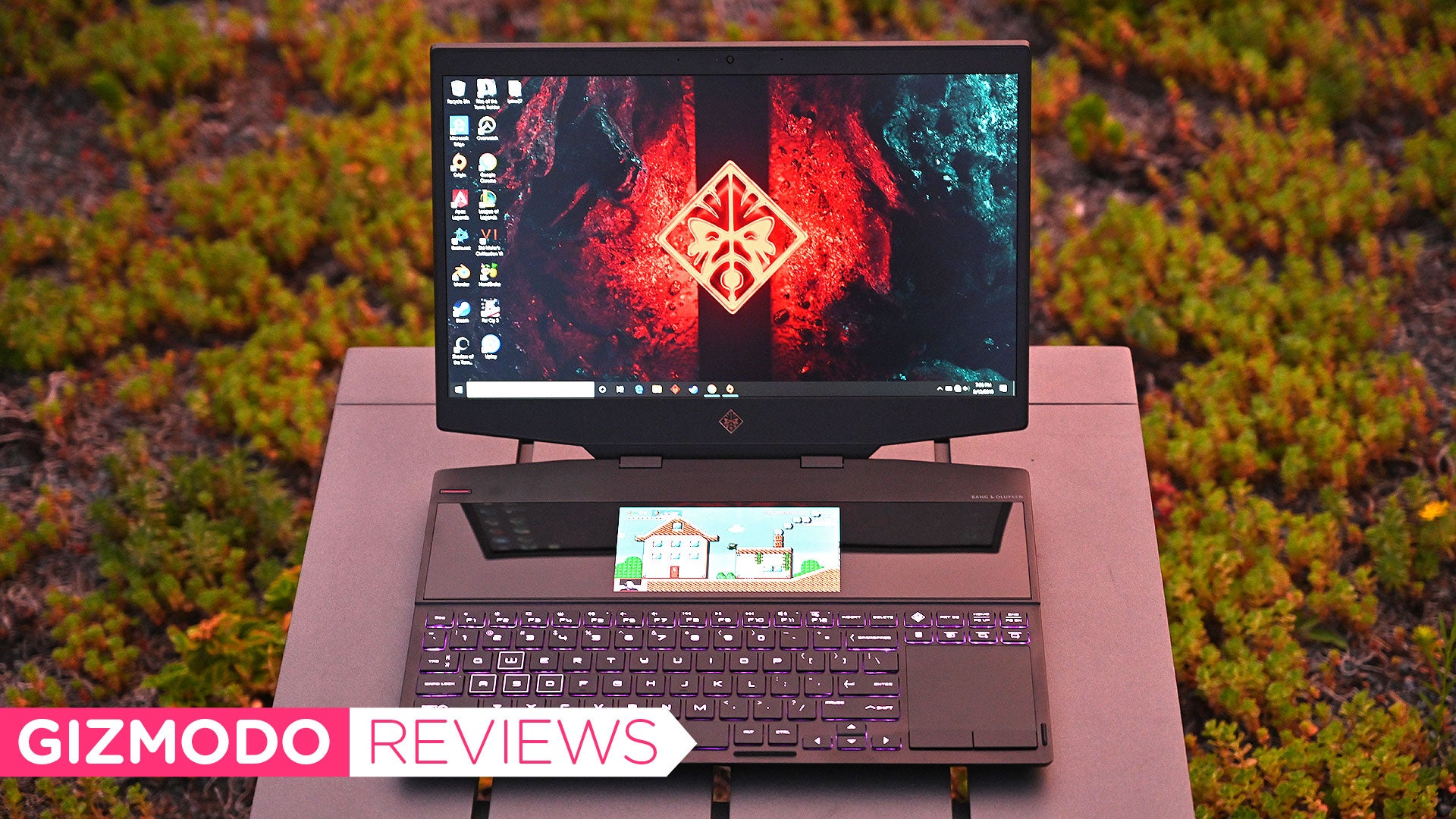 I admit I might have a problem because no matter where I am or what I’m doing, one screen just isn’t enough. At my desk at home and at work, I have dual monitors, and even when I’m sitting on my couch watching TV, I almost always have a phone or laptop open off to the side, checking emails, reading news, or playing a game. That said, based on figures that say an estimated 68 per cent of Americans browse their phones while watching TV, it seems I’m not the only addicted to screens. 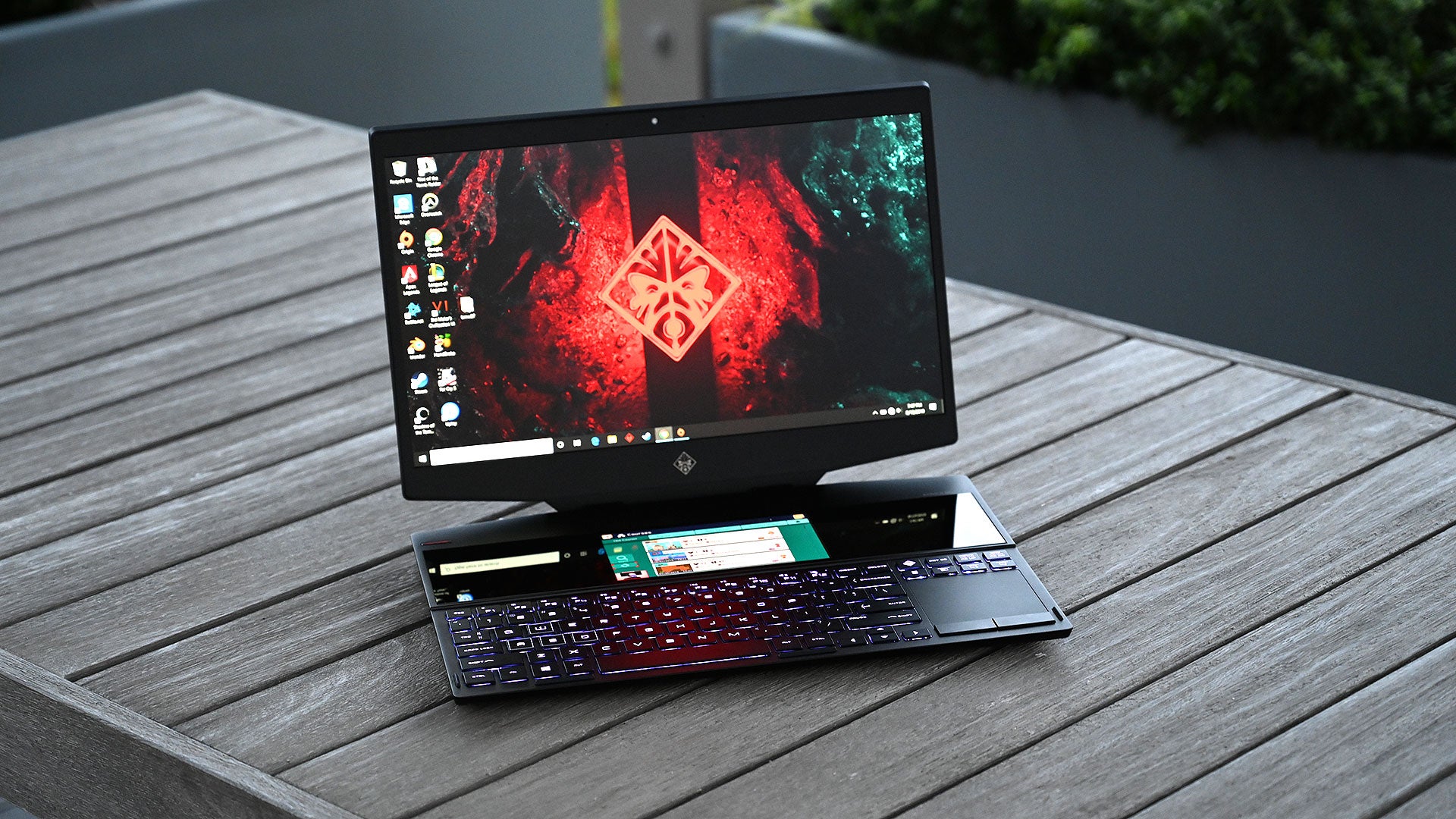 A 15-inch gaming laptop with an extra built-in display

But sometimes, because you’re travelling or there’s just a general lack of space, you can’t bring your dual-screen setup with you. So on HP’s new 15-inch Omen X 2S gaming laptop, HP built a second display directly into the system, so you never feel at a loss for screens. And unlike the Touch Bar on a modern MacBook Pro, HP’s second screen is actually useful.

While it doesn’t cover the entire width of the laptop’s chassis like the bonus screen on Asus’ ZenBook Pro Duo does, HP’s 6-inch 1080p bonus touch display still offers a healthy amount of additional screen real estate. Also, because that second screen is configured as a standard second display in Windows, there’s almost no learning curve to speak of, which makes it incredibly easy to move content around wherever you like.

You can drag and drop windows as you see fit, while Windows vets may opt to use Microsoft’s snap commands (Windows key + arrow keys) to send apps to and fro. But in case that wasn’t simple enough, HP’s also added dedicated keys situated above the touchpad for managing the Omen’s second screen. 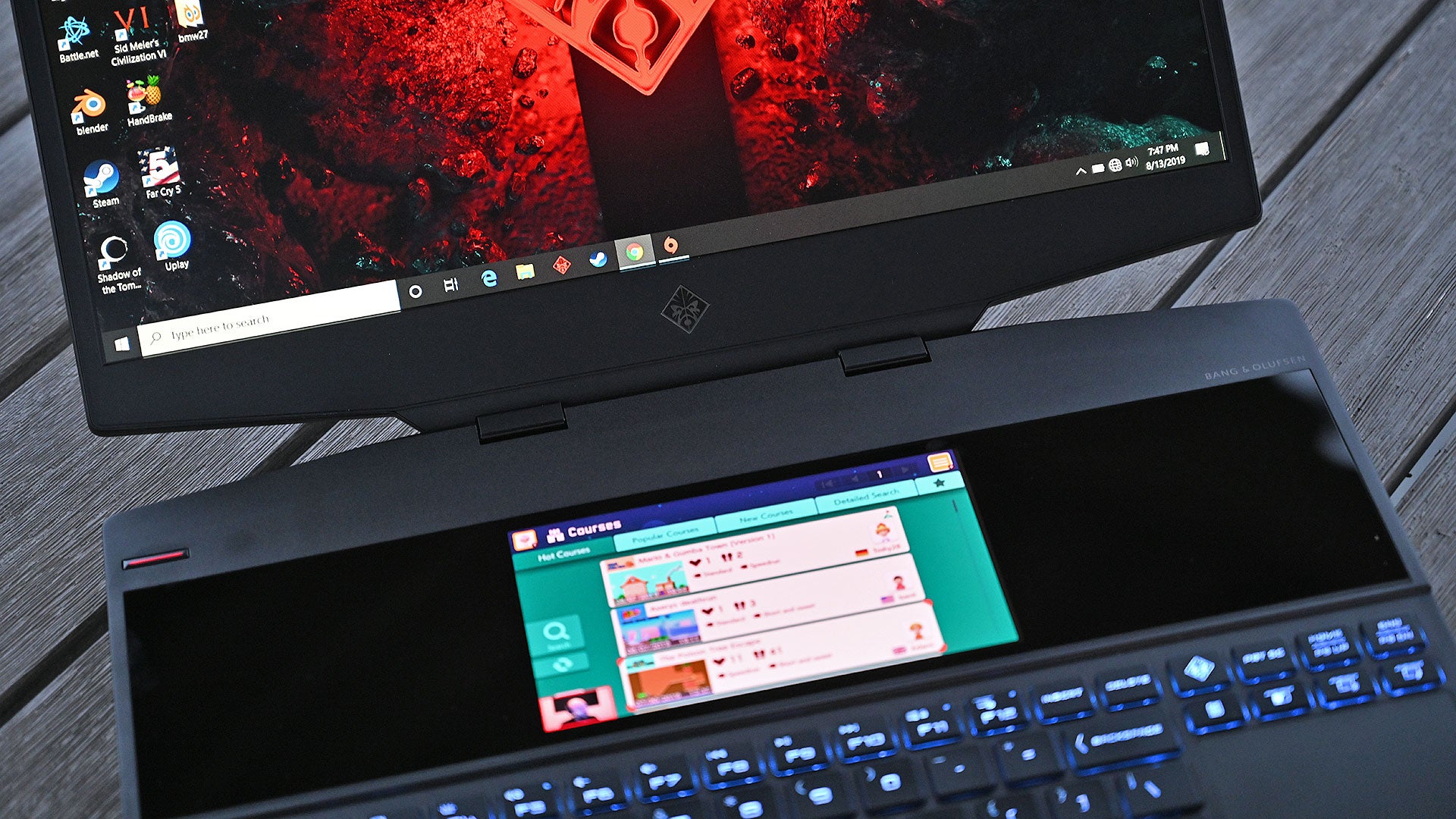 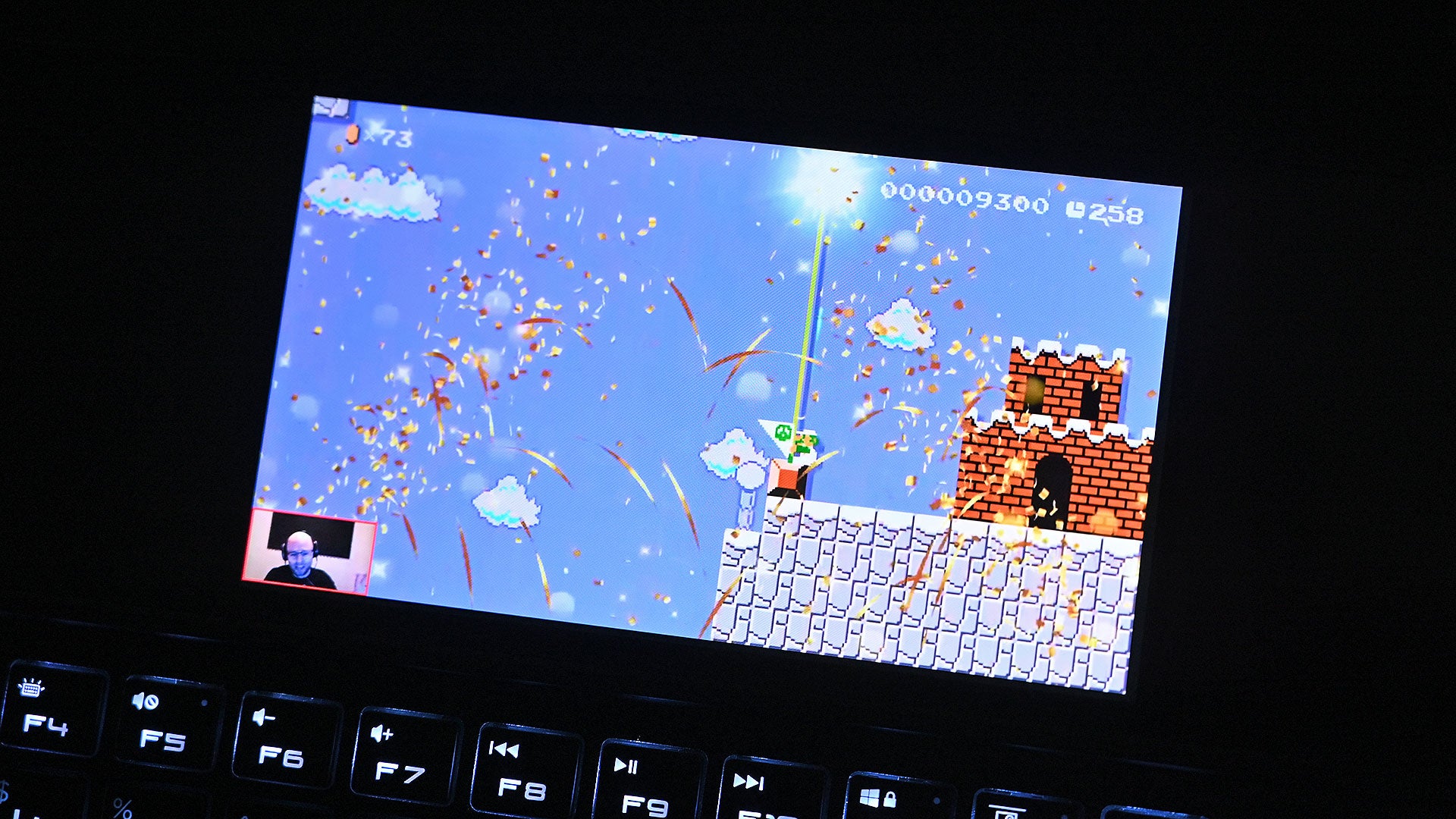 But my favourite use of the Omen’s second screen is to watch streams or videos while gaming. You can never have too many displays. 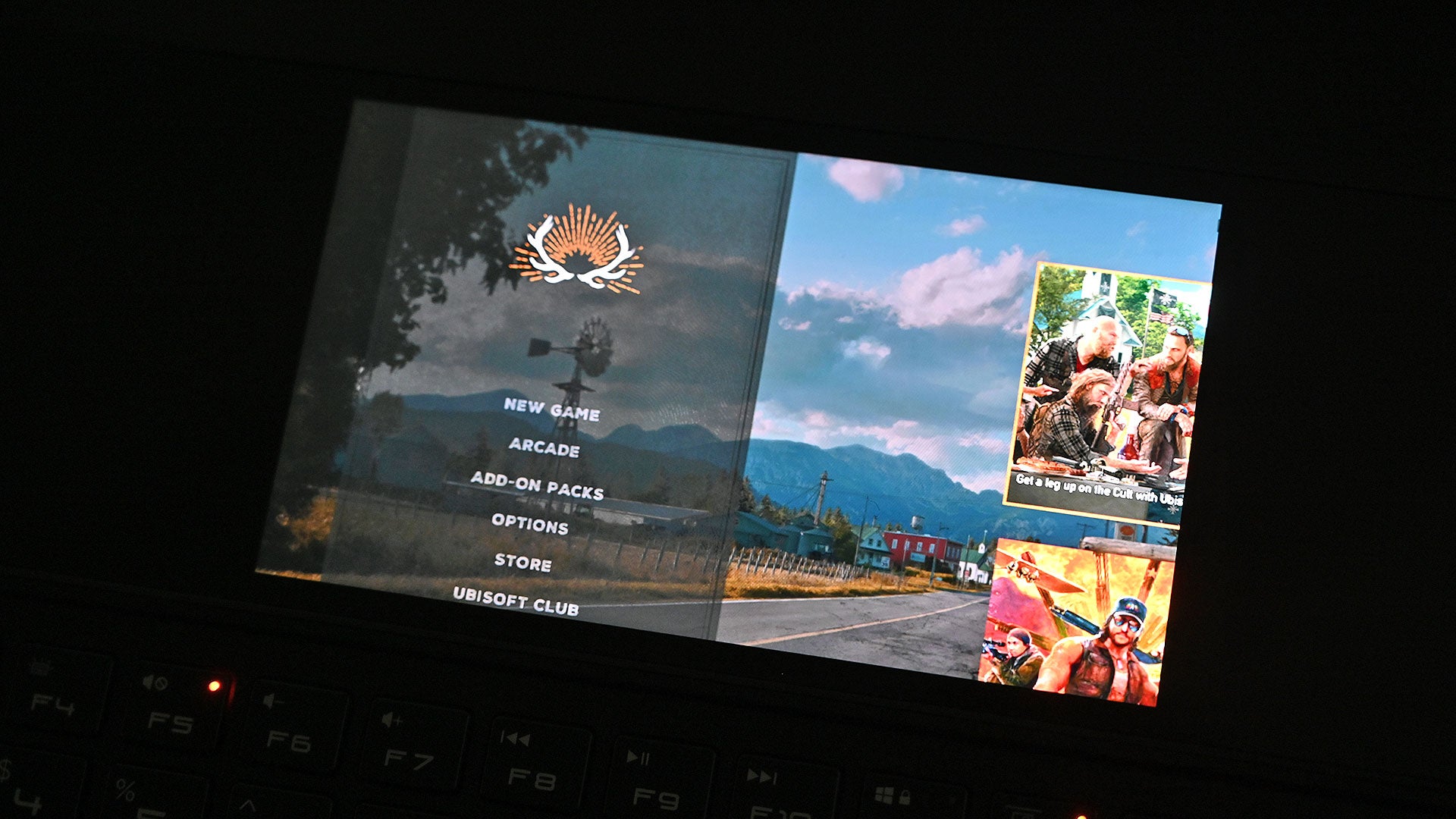 You can even play full games on the Omen’s second screen, though I wouldn’t recommend it, because things can get a bit laggy. 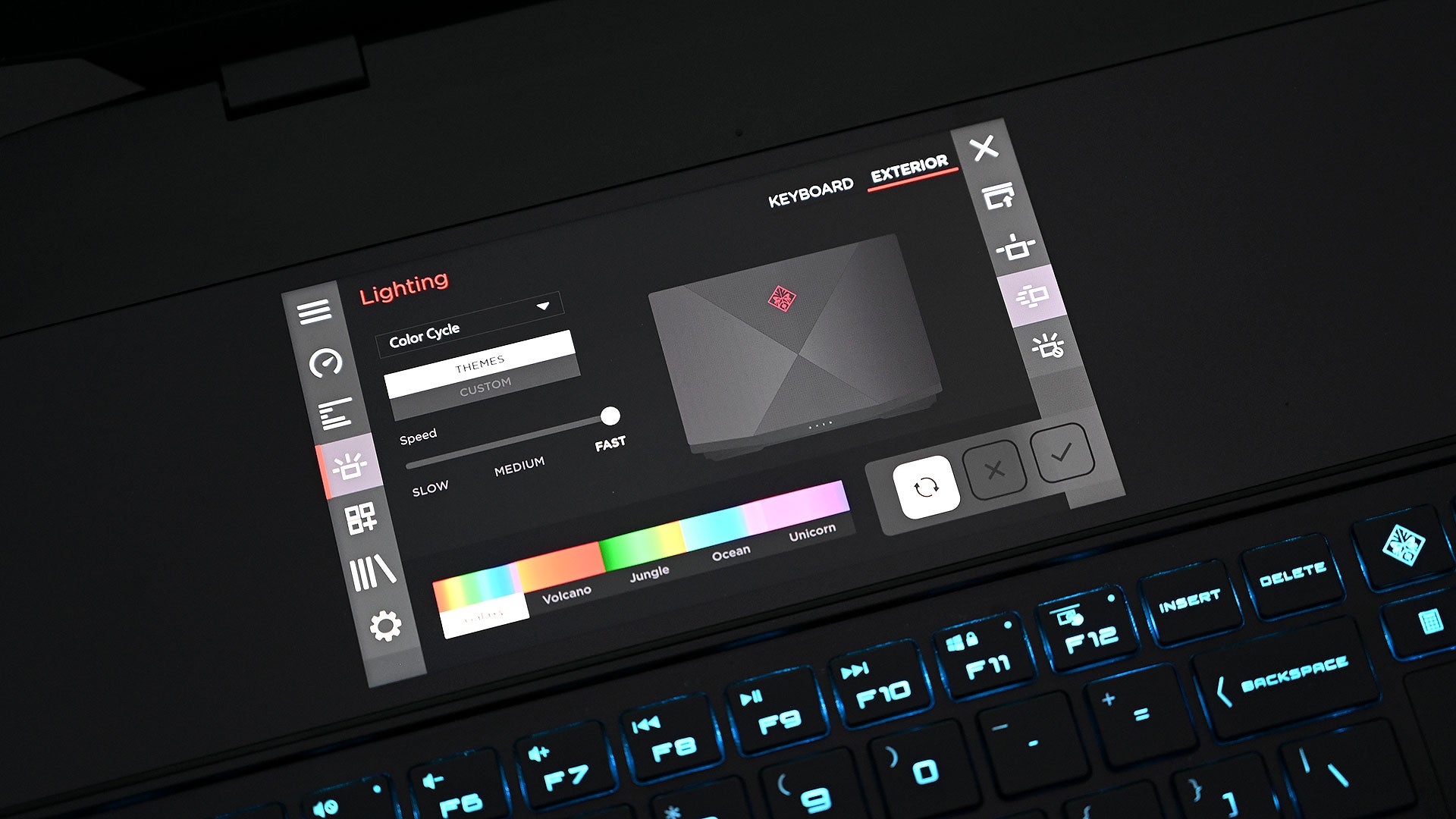 HP’s Omen gaming center was designed to be fully functional on the 2 XS’ second screen. 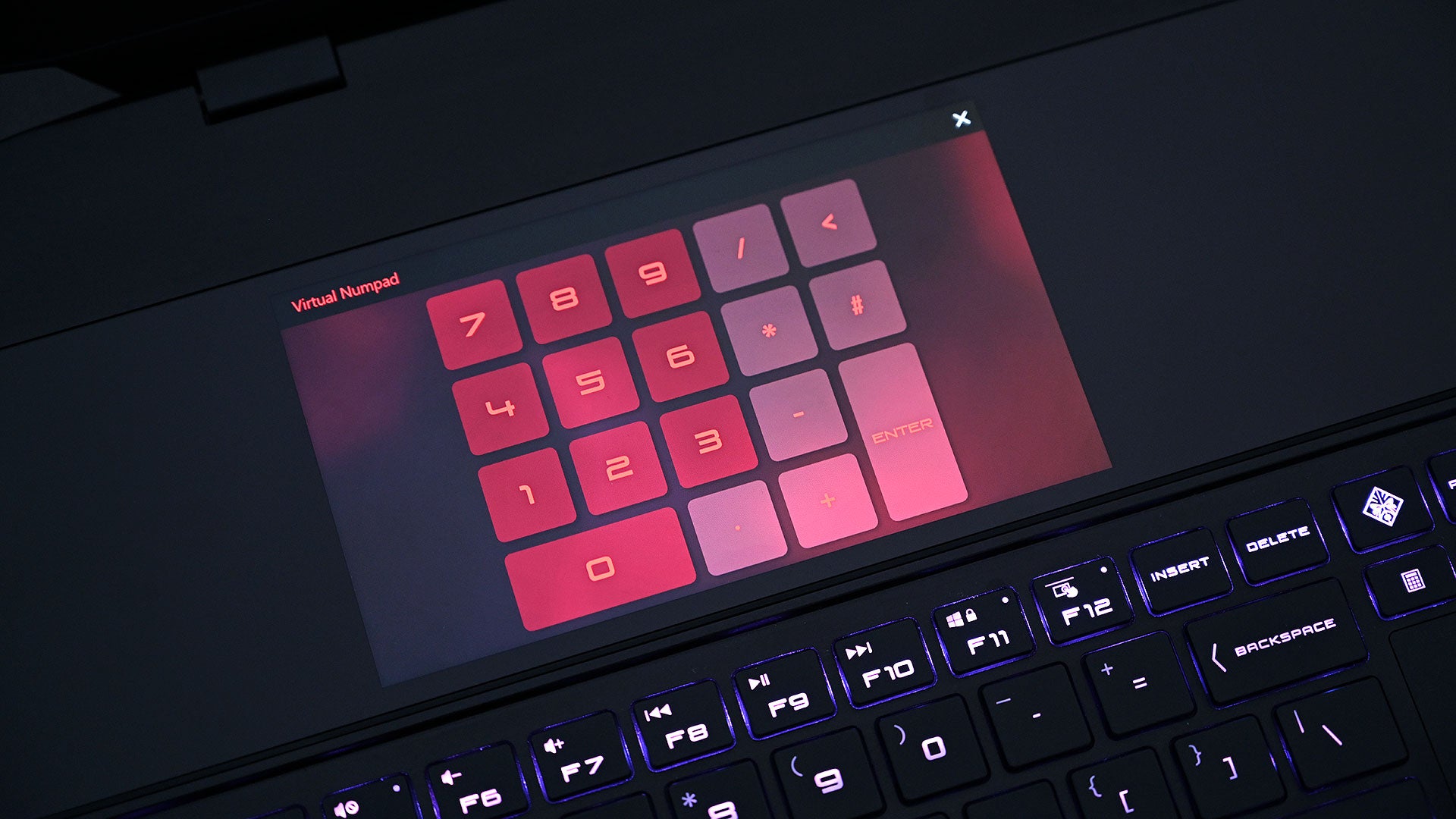 HP’s second screen can become a numpad if you want too. 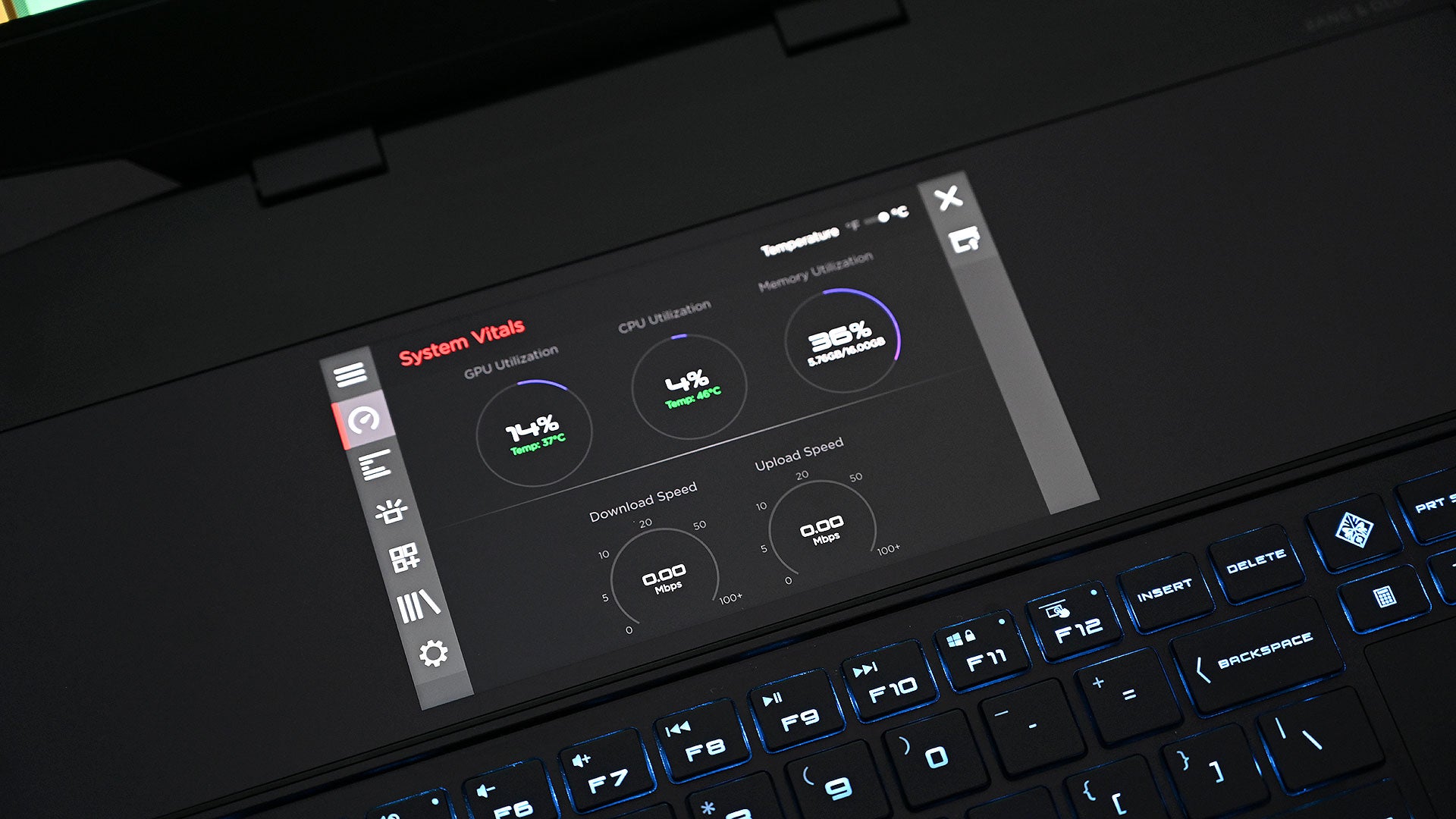 This makes it incredibly easy to multitask, even when you’re away from the comfort of your typical dual-monitor setup. Though HP’s second screen is a bit harder to see because it lies flat against the laptop’s deck, I find it super handy for watching movies while gaming, or displaying tips and cheat sheets for games like Teamfight Tactics, so I don’t constantly need to tab out of the game anytime I want to look up an item combination.

In addition to normal second screen duties, HP also made a dedicated Chrome extension that allows you to switch between desktop and mobile browser modes. It’s a nice touch because the mobile version of certain sites like Instagram look better on the Omen’s 6-inch screen, while others like YouTube are easier to use in desktop view. You can even use the second screen to mirror a specific portion of your main screen while gaming, which is helpful for keeping tabs on a mini-map or radar, though admittedly, this is the second screen’s most niche feature. 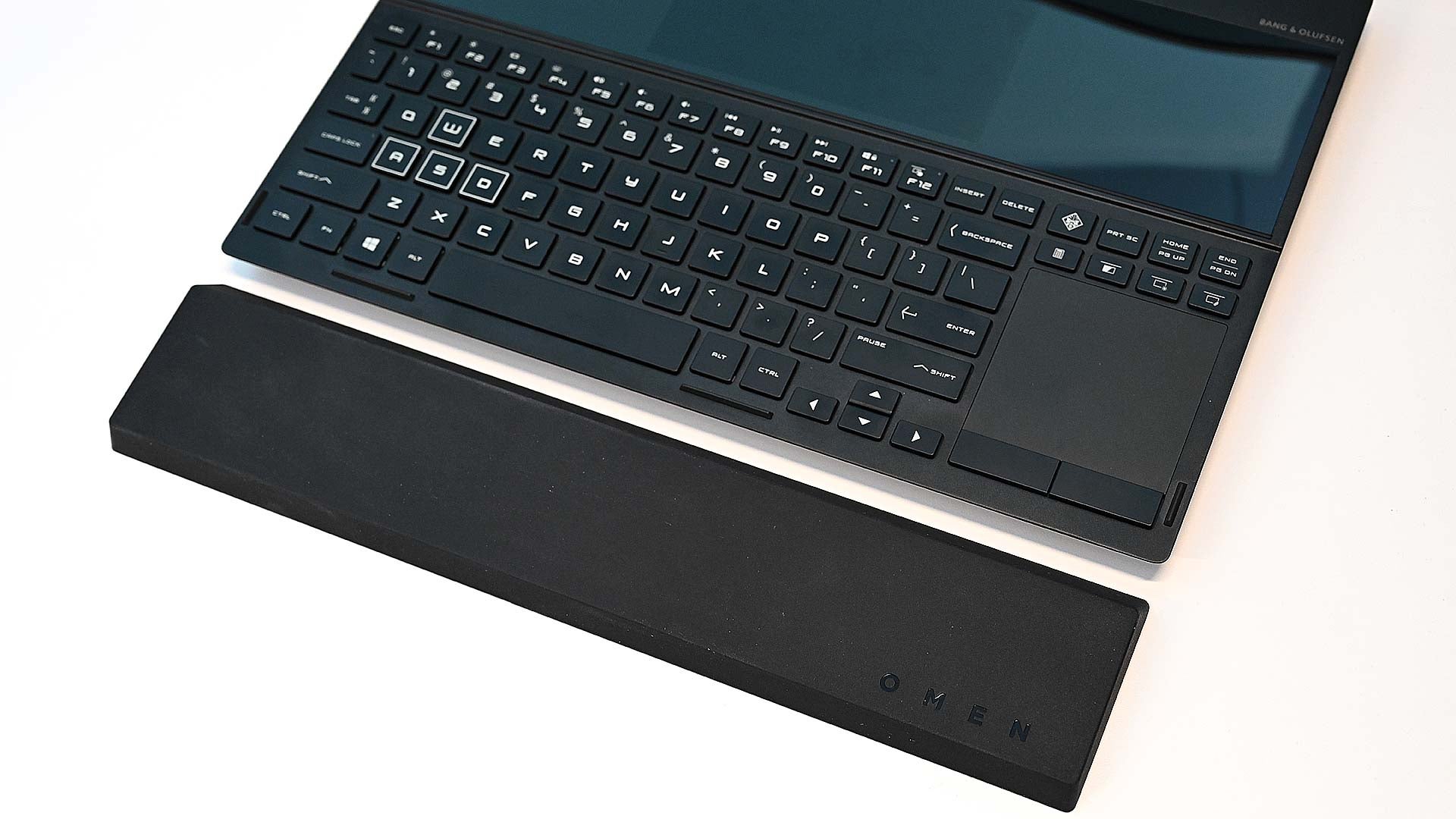 Now it’s true that putting a second screen on a laptop isn’t exactly a revolutionary idea. Lenovo, Asus, and now HP have all toyed with the idea. Previously, most attempts were exploratory, but on the Omen X 2S, its second screen is a simple and helpful tool that enhances the device’s utility.

This stands in contrast to Apple’s Touch Bar, which requires a lot of support and integration from both Apple and third-party devs to create bespoke buttons and sliders for use in various apps. Depending on the situation, these buttons may force users to relearn how to use certain features. Meanwhile, HP just added more screen and made it work with pretty much everything, which I think is what people wanted this whole time. 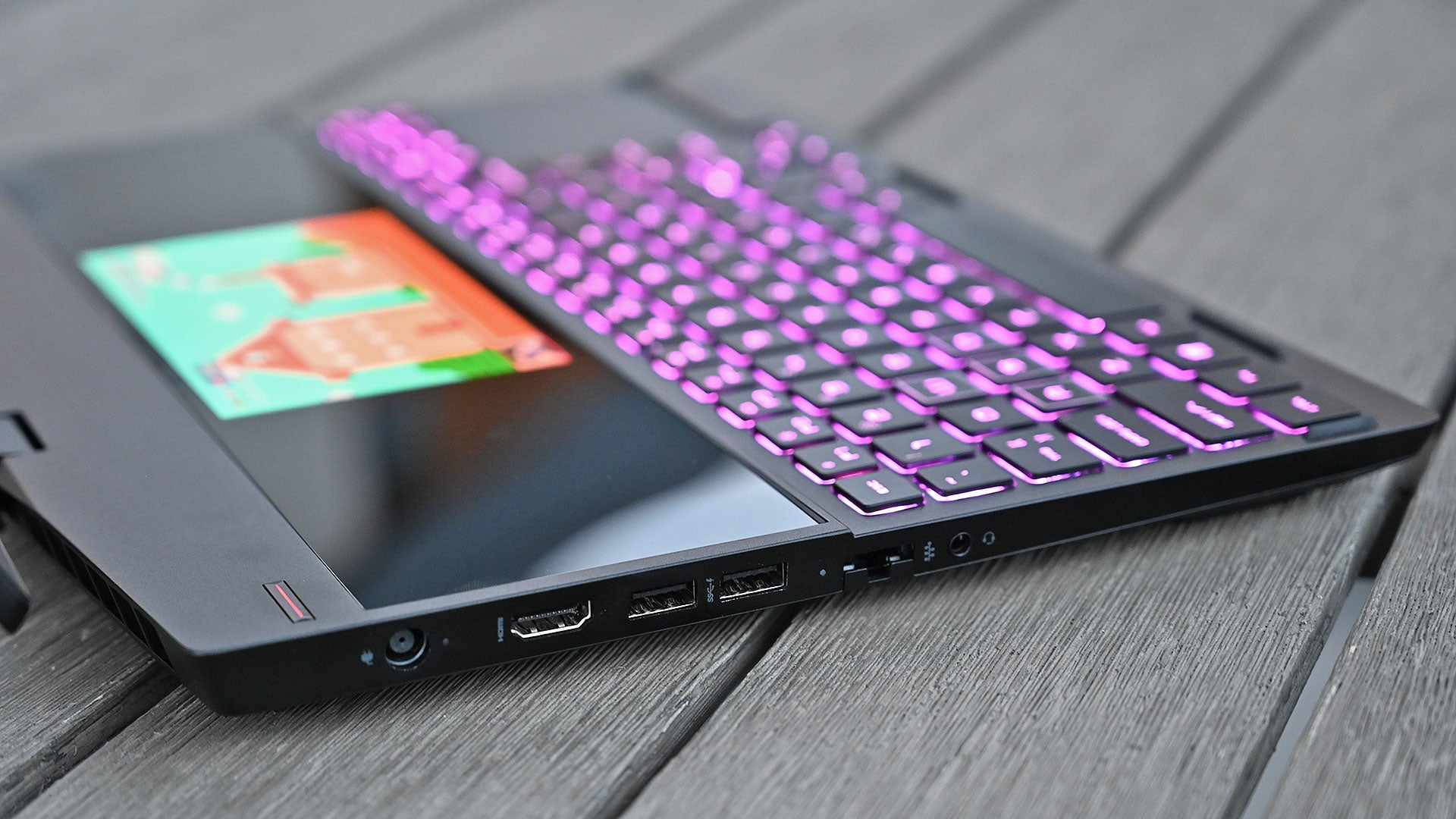 There’s one more USB- A port and a USB-C port with Thunderbolt on the other side. (Photo: Sam Rutherford, Gizmodo)

The Omen X 2S is a delight beyond the second display as well. While I’ve grown desensitised to the red-and-black colour scheme on HP’s Omen line and other gaming machines, the X 2S makes the best of its stealthy black-on-black exterior, with subtle changes in texture on the notebook’s lid and deck adding some extra excitement.

Unlike the 17-inch Acer Predator Triton 900 I reviewed last week, the X 2S’ 15-inch chassis (14.26 x 10.3 x 0.78 inches) can squeeze into most messenger bags and backpacks. That makes it easier to take the X 2S out into the world where its bonus display becomes more useful. And weighing in at 2kg, the addition of a second screen doesn’t make the Omen too hefty either. The X 2S also comes with a healthy selection of inputs, including three USB-A ports, one USB-C port (with Thunderbolt 3), a full HDMI port, a headphone jack, and a nifty collapsible Ethernet jack. 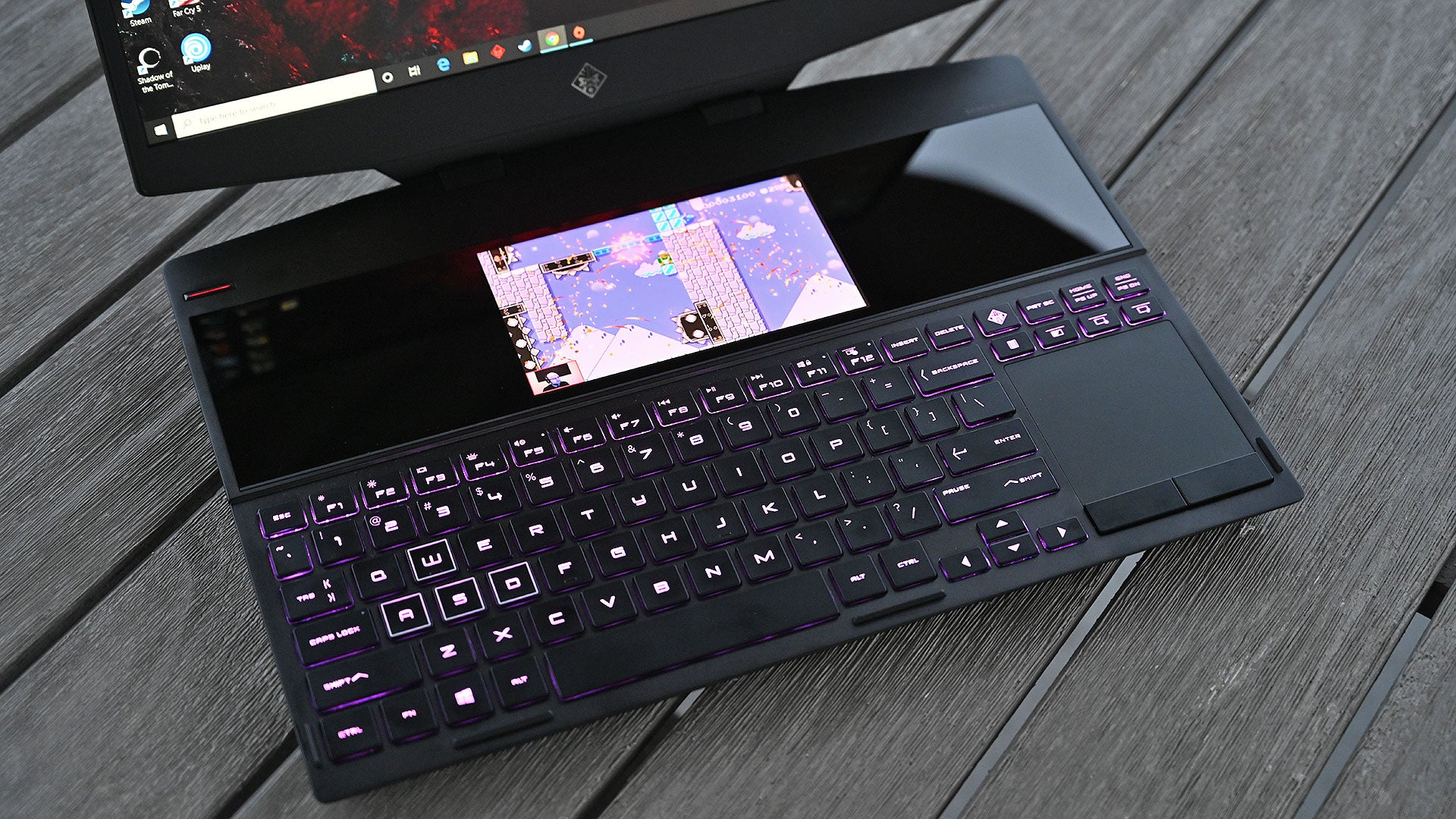 I only really have two gripes with the X 2S’ design. First, the Omen’s large upper and lower bezels, which when combined with its tapered central hinge, make HP’s laptop look a bit ungainly, like Sludge from Transformers (who was always the most awkward Dinobot). It’s hardly a dealbreaker, but the bezels do seem somewhat excessive and a potential waste of space. (By the way, at 320 nits, the X 2S’ screen brightness is just average too, but not dim enough to be an issue.)

The other major issue is something the entire laptop industry faces, as more and more dual-screen laptops begin to hit the market. In order to cram in the X 2S’ second screen, HP had to shift the keyboard forward and push the laptop’s touchpad off to the side. For almost anyone, this layout feels unintuitive.

The touchpad is small and skinny, and the position of the keyboard means your hands have nowhere to rest. You can remedy these problems with an external mouse and HP’s included wrist rest (which is just a long strip of rubber), but that’s two more things you have to lug around. Thankfully, even though HP’s keyboard doesn’t have mechanical switches, the keys still feel nice and springy, while its per-key RGB lighting adds some pop. 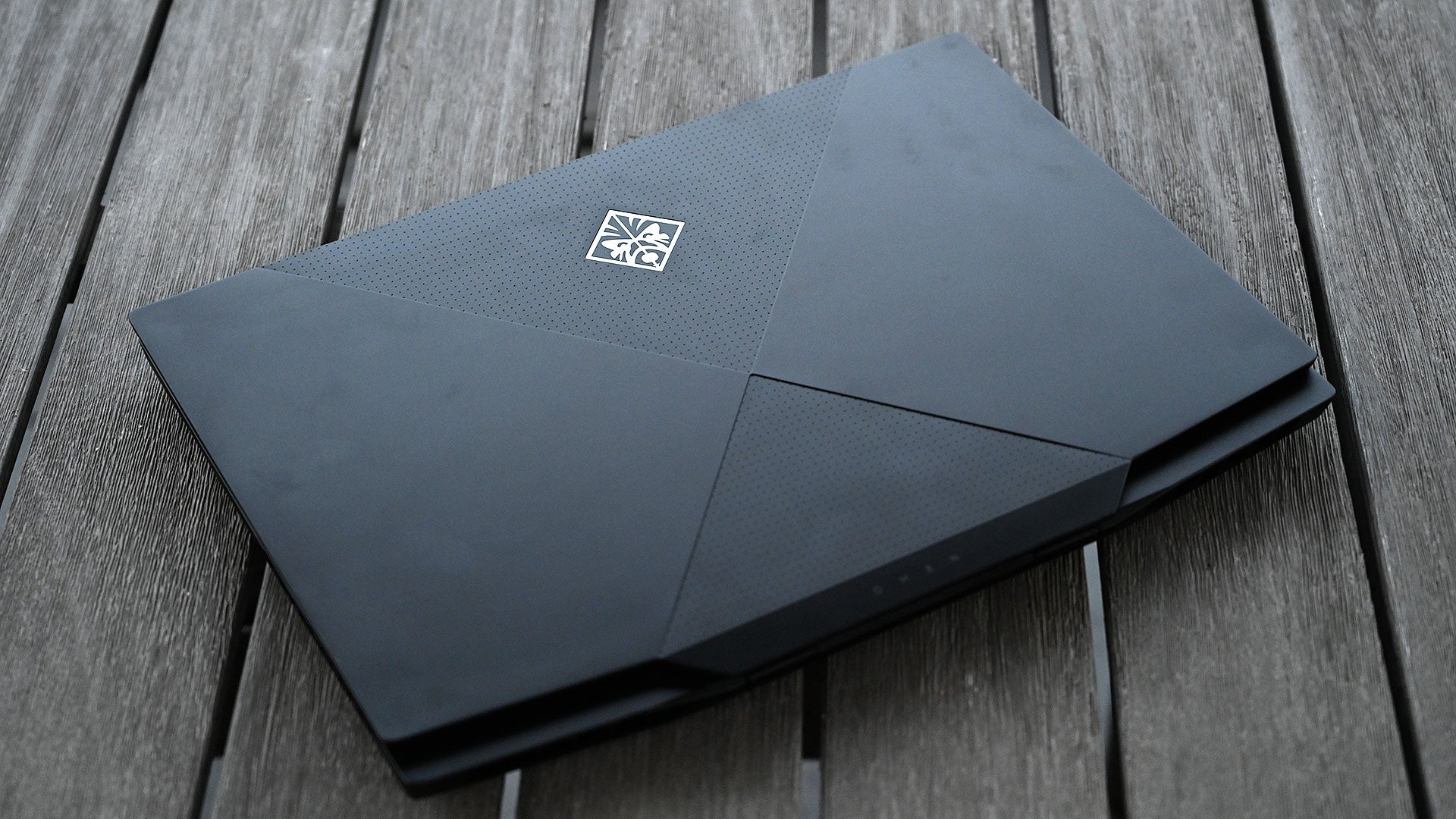 The ZenBook Pro Duo also suffers from the Omen’s awkward layout. In the future, I predict most laptop makers will figure out a way to install second screens like one on the X 2S in front of the keyboard. Something similar to what Asus did for the ZenBook Pro 15’s ScreenPad, but even bigger and wider. While this means people’s hands might get in the way of the display, there’s always a trade-off. Until some enterprising laptop maker eliminates physical keyboards and creates a notebook with two full-colour screens on top and bottom, this could be the best workaround.

Inside, the Omen X 2S comes well equipped, with a base model offering an Intel Core i7-9750 CPU, 16GB of RAM, 256GB NVMe SSD, and a Max-Q Nvidia GeForce RTX 2070 graphics card. The standard model even comes with a 144HZ G-Sync screen, with an optional 240Hz display available if you want it. That said, HP’s 240Hz screen is probably overkill for most people. Between its 15.6-inch full HD screen and an RTX 2070 GPU (or 2080 GPU like on our review unit), the only way you’re going to hit 240 FPS is to turn every graphics option down to potato settings. This might make sense if you’re a professional CS:GO player, but it’s probably not worth the extra $US240 ($354) HP will charge you for the upgrade. 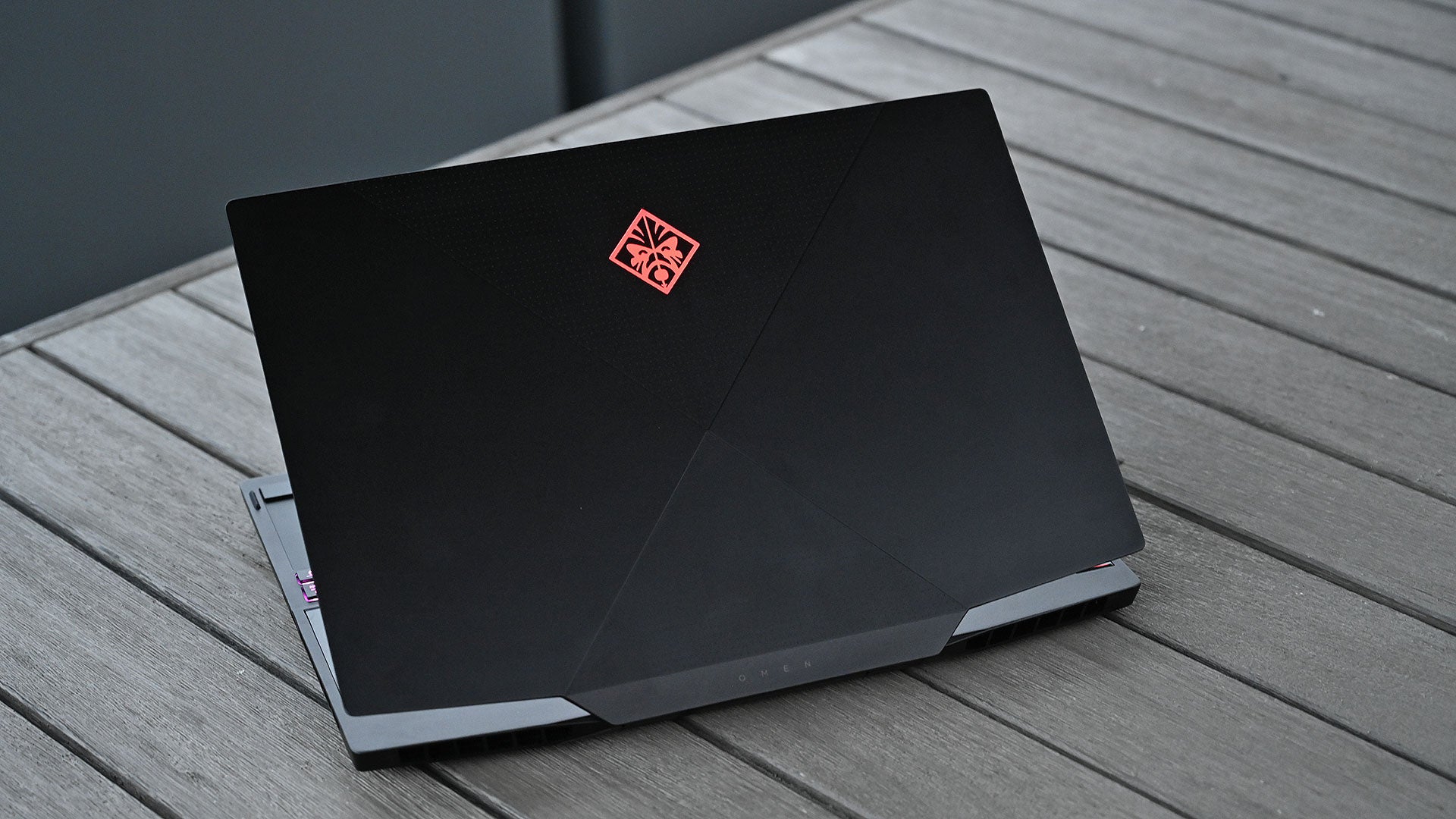 In Shadow of the Tomb Raider, the Omen X 2S hit 88 FPS at full HD and high graphics settings, which isn’t bad considering the 17-inch Acer Triton 900 got 120 FPS, but with a beefier processor and graphics card. And in Far Cry 5 at 1080p and ultra settings, the Omen X 2S did even better, hitting an average FPS of 92. However, this kind of power does come with a price, because even with its second screen turned off, the Omen X 2S’ battery lasted just 4 hours and 14 minutes in our video rundown test. That isn’t great for a typical 15-inch laptop, though it’s much more forgivable on a high-powered gaming laptop.

For people who love innovation and may or may not be addicted to having multiple screens around at all times like me, the Omen X 2S is hard not to like. And it’s an encouraging preview of what we can expect in the future. In just a few years, we’ve gone from second screens that only really served as proof of concept to second screens that are a valuable feature I’d love to see on more laptops going forward. Laptops with two usable screens aren’t pipe dreams anymore. 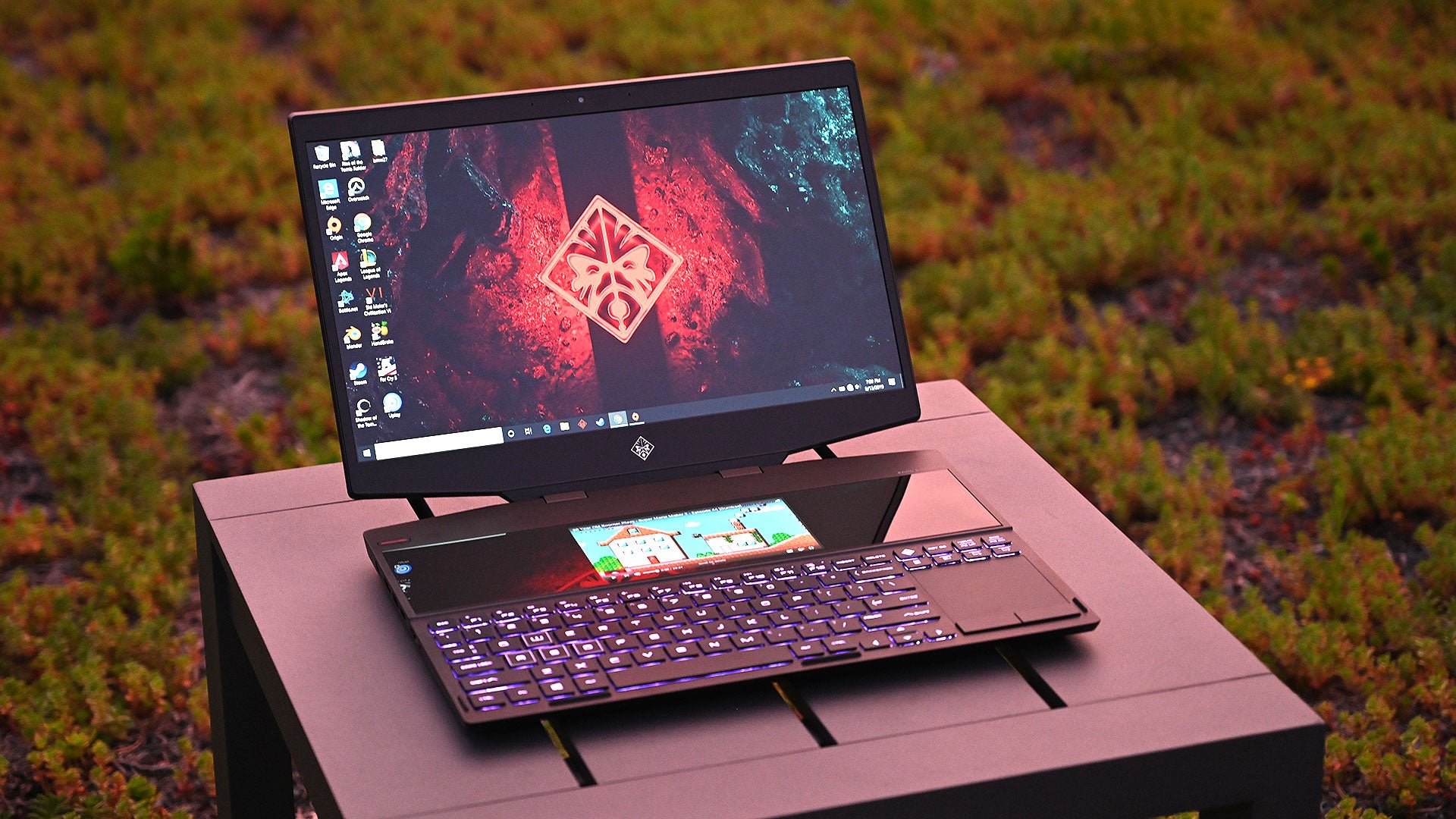 Right now, the biggest thing holding anyone back from testing out the dual-screen trend is its price. Starting at $US1,850 ($2,729) (or $US2,900 ($4,278) as reviewed), getting that bonus display demands a hefty premium. If all you want is a portable 15-inch gaming machine, you can get a similarly equipped Asus ROG Strix Hero III with a 144Hz screen for around $US2,000 ($2,950). But if you can swing it, getting a second screen on a laptop isn’t a gamble anymore, it’s a proof of awesome.