Most things in Australia can kill you, and apparently that also applies to our native wildlife.

The cane toad, an invasive species, threatens both domestic and native animals with its poisonous skin. As it turns out, one native darling — the rakali or Australian water rat — has found a way to eat them and it's doing it in the most brutal, precise way possible.

The study was published by the CSIRO back in September 2019 but a recent Reddit thread dedicated to the rakali doing a higher power's work reminded the world just special these rodents are.

The researchers found a number of cane toad bodies strewn along a creek with surgical cuts to their bodies and some organs removed. Further analysis showed the hearts and livers, non-toxic organs within the cane toads, had been removed and in some cases, the toxic skin on the legs had been stripped down and the muscle had been eaten.

Like a fine chef or a brutal toad serial killer, the rakali carefully located the hearts and livers of their victims and ate them, leaving the poisonous parts behind.

Check out the precision in which they score their cane toad meal.

Crime scene left behind by a Rakali. Image: Getty Images

It's suspected the rakali either learned how to safely eat the dangerous amphibian or adapted their hunting methods of native toxic frogs.

Either way, the title for Australia's most metal native animal has now been taken. 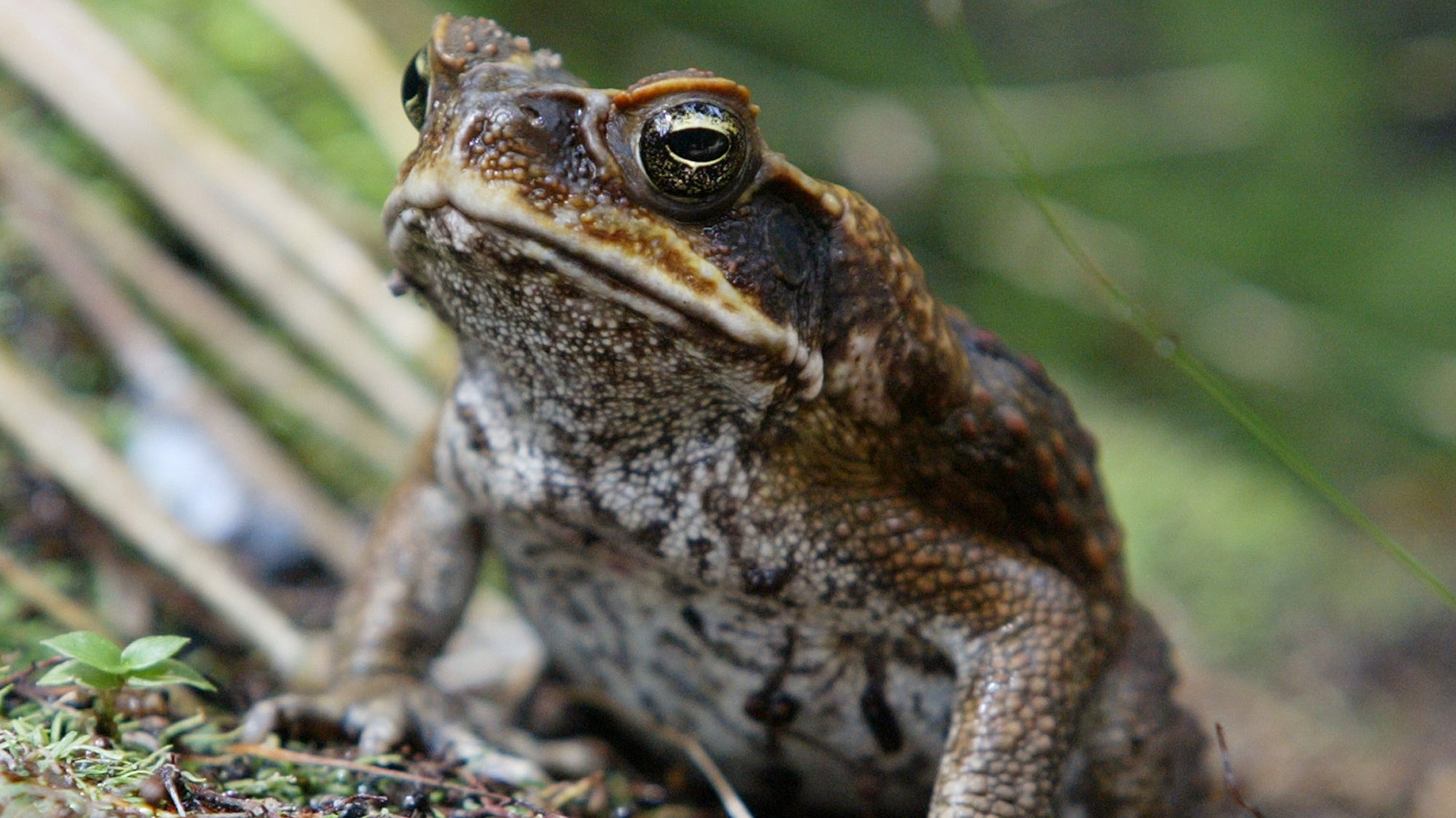 Are these invasive cane toads waterlogged, or just really, really thirsty? The below photo, captured by one Andrew Mock of Kununurra in northern Australia, shows 10 cane toads riding out a storm that dumped nearly 70mm of rain by hitching themselves to the back of an approximately 3.5-meter python, the Guardian reported on Monday, though it seems as though their primary motivation may have been humping it.