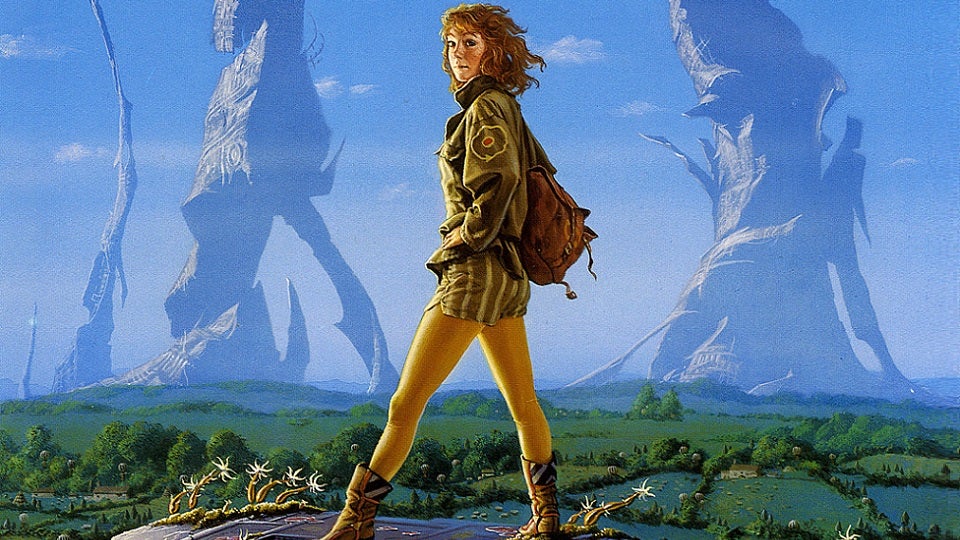 Science fiction and fantasy offer a rich legacy of great books - but that abundant pile of reading material can also be daunting. So sometimes, it's easier to fake it. We asked some of our favourite writers, and they told us the 10 books that everyone pretends to have read. And why you should actually read them.

From Asimov to Pynchon, science fiction contains some fantastic, ambitious works of genre fiction. But a lot of us get overwhelmed. And it's not that hard to fake a first-hand knowledge of these books, because they're everywhere, and we've heard people talk about them so many times. We SF fans are good at pretending. But these books are classics for a reason — and they're worth reading. 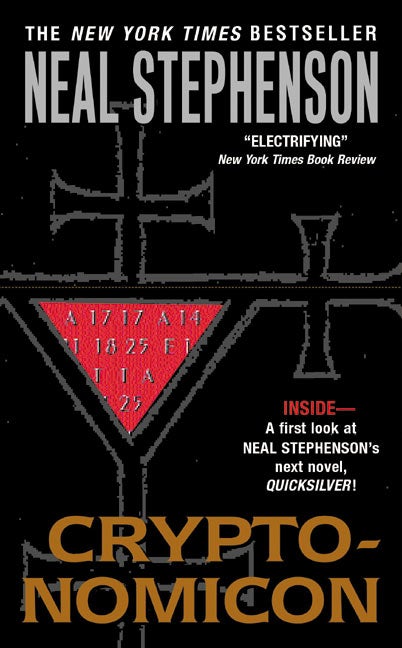 "It's so long, and so dense. It's almost 1000 pages long, and those are big pages. It must be half a million words long," says Charles Yu, author of the story collection Sorry Please Thank You: Stories.

He adds, "So much information. It's a fact: a copy of Cryptonomicon has more information per unit volume than any other object in this universe. Any place that a copy of the book exists is, at that moment, the most information-rich region of space-time in the universe. If you drop a carton of Cryptonomicon paperbacks into a black hole of any size, the black hole doubles in size. It's true, I asked Stephen Hawking. You get my drift.

It's the infodump of all infodumps, and I mean that as a very high form of praise, because it's great info, and the dumping is done so well. It's so damn entertaining! Everyone praises it and loves it — and yet, I don't hear all that much about it. Maybe I travel in the wrong circles.

It's just one of those books that you could put on your Before I Die reading list, and then it will be there on the day you die, and you'll be like, "oh, shoot, forgot to read all those awesome books." Don't let that happen to you! Read this book! Your brain will swell with information. A person who has recently read Cryptonomicon is temporarily the smartest person on Earth. That's a fact." 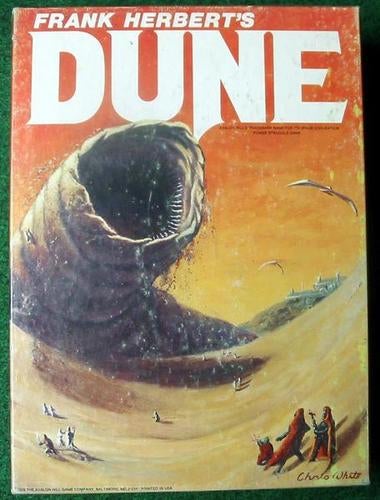 It's hard to believe that people haven't actually read this book — but Pat Cadigan, author of Synners, Dervish is Digital and many other books, says she believes a lot of people "probably think they have had the Dune experience from either the movie or the Syfy miniseries."

Also, a lot of people probably "read around" Dune, reading the prequels and the sequels, but never actually dive into the original book. "It's not an easy read," says Cadigan, because it's both dense and complex. But if you've only read the other books or seen the adaptations of this masterwork, you haven't had the proper Dune experience. This is a "full-immersion experience that has to be read to be fully appreciated," says Cadigan. 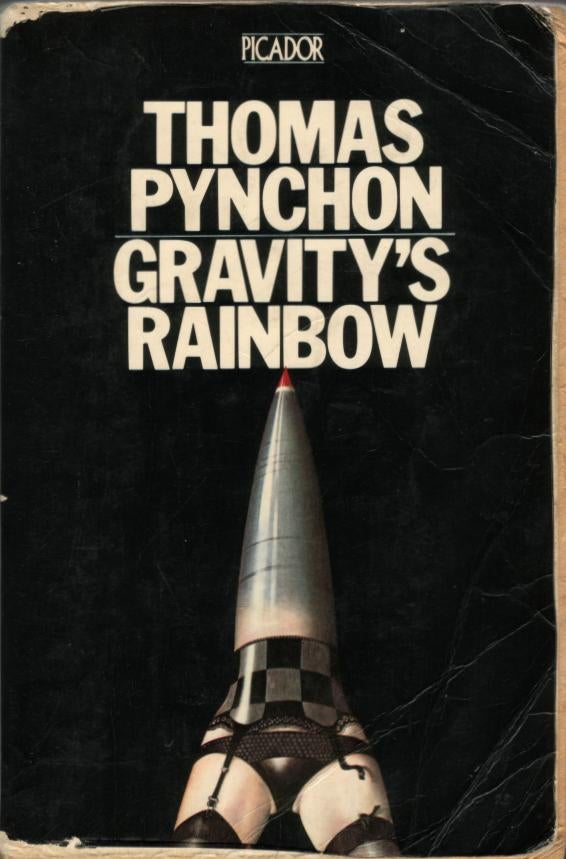 This is sort of an odd one. Many of the authors we contacted for this article named Gravity's Rainbow immediately as the book that everybody pretends to have read — but then they all admitted that they, too, had not actually read it. "I don't believe that anyone has actually finished Gravity's Rainbow. Thomas Pynchon has spent decades waiting for his audience to laugh at that cool twist right at the end, and is now starting to wonder. I've started it five times," says Paul Cornell, author of the comic This Damned Band and the Shadow Police series of books.

So why should you read Gravity's Rainbow where some of the coolest genre writers have failed? Several people said they have found the parts they were able to get through immensely enriching.

Plus Pat Murphy, author of The City, Not Long After and The Wild Girls, offers some reasons: "This is science fiction that is compared to James Joyce, that was a contender for the Pulitzer, that's twisted and difficult and transgressive and regressive and digressive.

It won the National Book Award when it came out in 1974, and Professor Irwin Corey accepted on behalf Pynchon." Plus she loves the idea of combining transgressive sexuality and the V2 rocket program: "I love my sense of the book and its potential for reeking mayhem in the world's psyche." Maybe she'll even finish it one day — or maybe she'll just cling to her own imaginary version of this book. 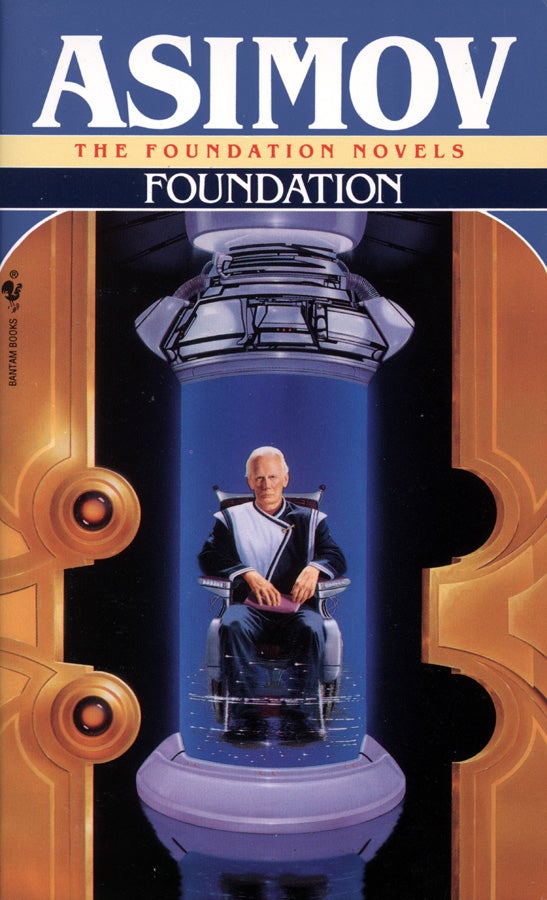 Cornell makes a bold claim: "With chaos theory having wrecked psychohistory, and the novels resting on that big idea, Foundation is becoming the sort of classic that's talked about rather than read." Asimov's robot stories, however, "might remain a gateway drug to SF forever."

Cadigan makes a passionate case that people should actually read Foundation rather than just talk about reading it: People "should read it because it's Asimov, for one thing, and for another, it's one of the most ingenious science-fictional uses of mathematics." 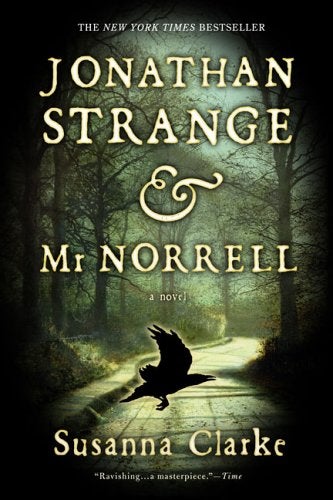 This is one of those books that everybody talks about, but many people don't actually bother to read it because it's "a big bulky novel," says John Shirley, author of Crawlers, Demons, and Wyatt in Wichita.

But it's immensely worthwhile, he adds: "It's somewhat wry and tongue in cheek at the same time as gripping and imaginative and great fantasy. It's also some of the best prose ever in fantasy. But it doesn't take the genre too terribly seriously, despite somehow being deeply meaningful. And yet fully aware of the absurdity of existence. It's a bit like James Branch Cabell perhaps." 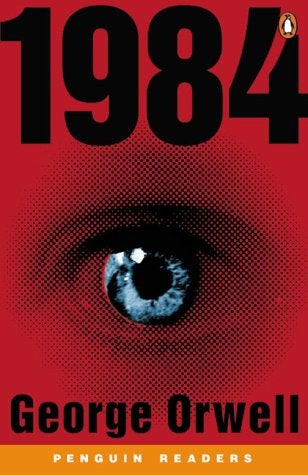 "I think a lot of people pretend to have read Orwell's 1984 and haven't. It's such a prevalent cultural meme, that I think that everyone assumes they know what someone is talking about when they refer to it," says Christopher Moore, author of Lamb, Fluke and The Stupidest Angel.

But he adds, "In a culture where we make assumptions about the freedom of information, and privacy, I think 1984 is more relevant than ever. It's an easy read, and there is a real sense of humanity in the text that is immediate and relevant. It's the source book for dozens of dystopian books and movies that have come since it's publication, so I think a lot of lights go on when you read it." 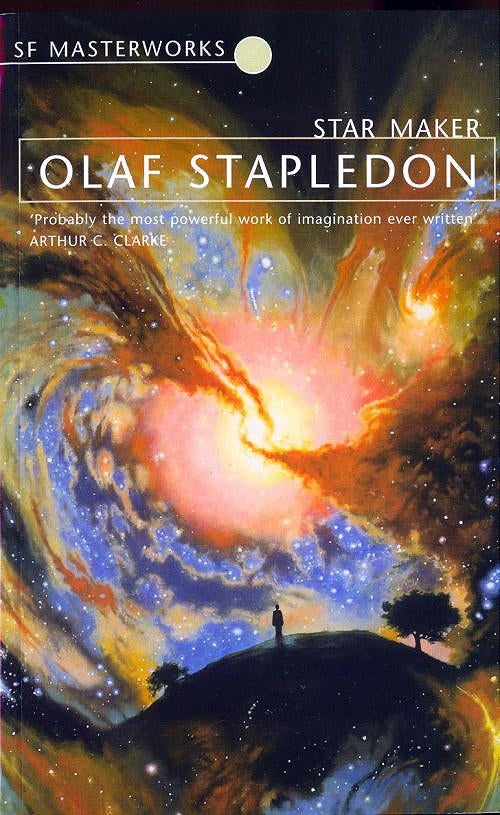 These foundational classics of science fiction get talked about more than they get read, says Rudy Rucker, author of the Ware tetralogy, Jim and the Flims and an autobiography, Nested Scrolls. Chances are everybody has a worn-out Stapledon paperback somewhere on their shelf that they have pored over but not read cover to cover. "Wonderful, visionary SF by a professional philosopher, these novels carry within them the seeds of all that came afterwards," says Rucker. 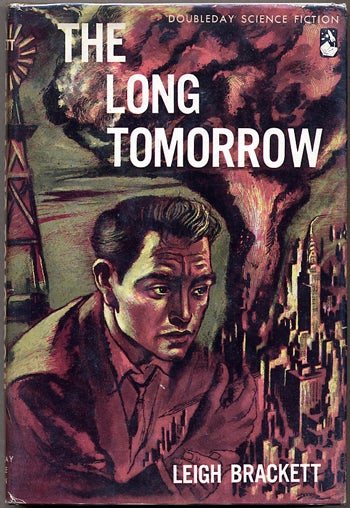 "I don't understand why it isn't acknowledged as a Great American SF novel — probably because all those people who have said they have read it haven't," says Nicola Griffith, author of Hild, Stay, Ammonite and Always. "The opening third reads like a King James Bible for the American myth: sure, rhythmic, and implacable."

Adds Griffith, "This is a Bildungsroman, but because Brackett's ambition was huge, she chose for her setting a post-nuclear Ruined Earth. She aimed for no less than the first serious science fiction novel of character. In the 1950s, this book must have turned its readers inside out like a sock. It wouldn't surprise me to discover it was a formative influence on the young Carl Sagan, the seed of Saganism: the notion that spacefaring nations would be rare because they would tend towards destruction before they escaped the gravity of their planet. The Long Tomorrow is a brilliant piece of work — not perfect; Brackett was a product of her time, with all the cultural problems inherent in that caveat — but an amazing leap forward for the genre." 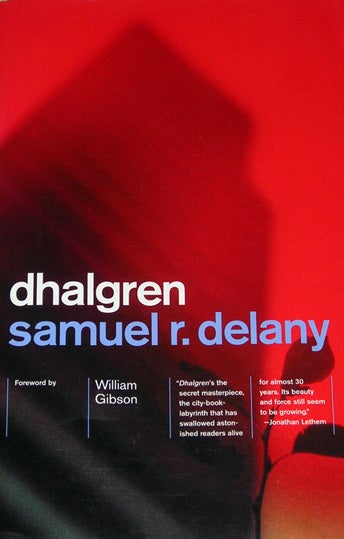 "It's our Finnegans Wake. Which I also haven't read," Nick Mamatas imagines science fiction fans saying. (Mamatas' latest books are The Nickronomonicon and The Last Weekend.)

"Dhalgren remains a monumental achievement," says Jeff VanderMeer, author of Annihilation. Like Gravity's Rainbow, it's a novel that demands that the reader do a lot of work, "and we seem not to value work when it comes to reading," says VanderMeer. Dhalgren "signalled a marshaling of great ambition, emotion, intellligence, and technical ability," and it remains a high-water mark, towering over "the lore of the field." 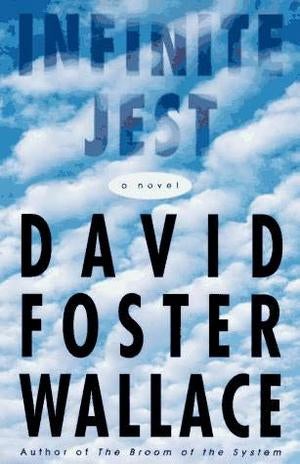 Mamatas suggested this one as another book that people talk about constantly, and even keep on their shelves so the massive spine can signal how clever they are. But a lot of people probably see all those footnotes and give up at some point. Which is a massive shame — Infinite Jest is a brilliant, rich book, and it's also a lot of fun.

The footnotes are actually hilarious, and also indispensible to putting the story together in your mind. Plus, Infinite Jest functions like a really great detective novel, since you witness Hal Incandenza's terrible fate at the beginning of the novel and then have to piece together what's happened to him.

A version of this article first appeared in 2012. It has been updated since its original publication.