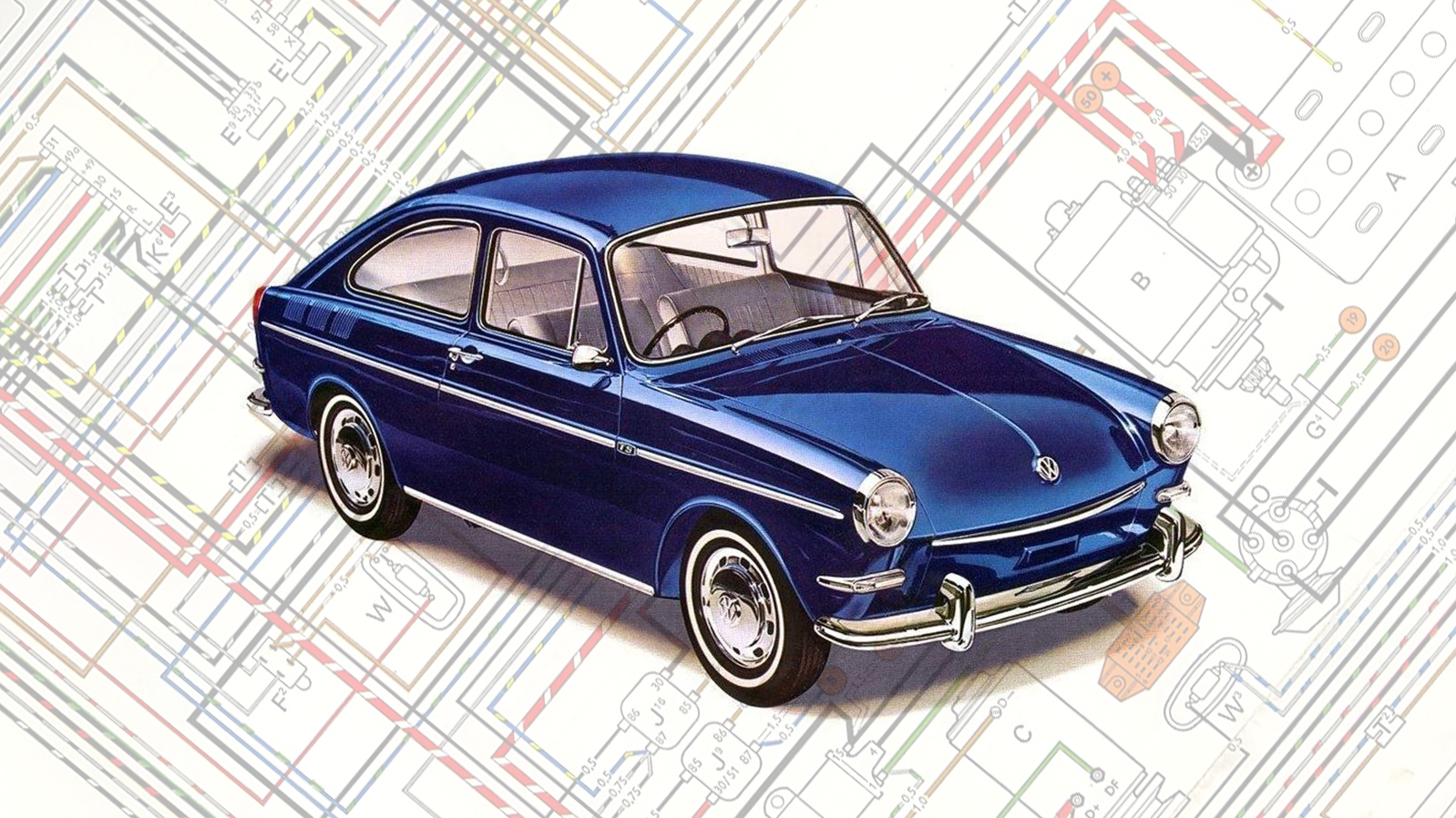 The Volkswagen Type 3 was Volkswagen’s first real attempt to build a car a bit more up-market than the Beetle, and while it never sold in the incredible numbers that Beetles did, was still a mild success. It’s also interesting in that, in one really important way, you could argue it was the first truly modern automobile. Of course, in nearly every other way, it very much wasn’t, but let’s not be negative here. Instead, let’s talk about how this car was a real glimpse into the future.


In its first iterations, starting in 1961, the Type 3 really wasn’t particularly modern at all; the fundamental design and layout were still based very heavily on the old Type 1/Beetle design, which had been pretty much figured out back in 1938.

Sure, the Type 3 had a more modern, full-width body and you could finally get it with an automatic transmission and there may have been a clock on the dashboard, but really it was just an evolution of the Beetle’s 1930s design. 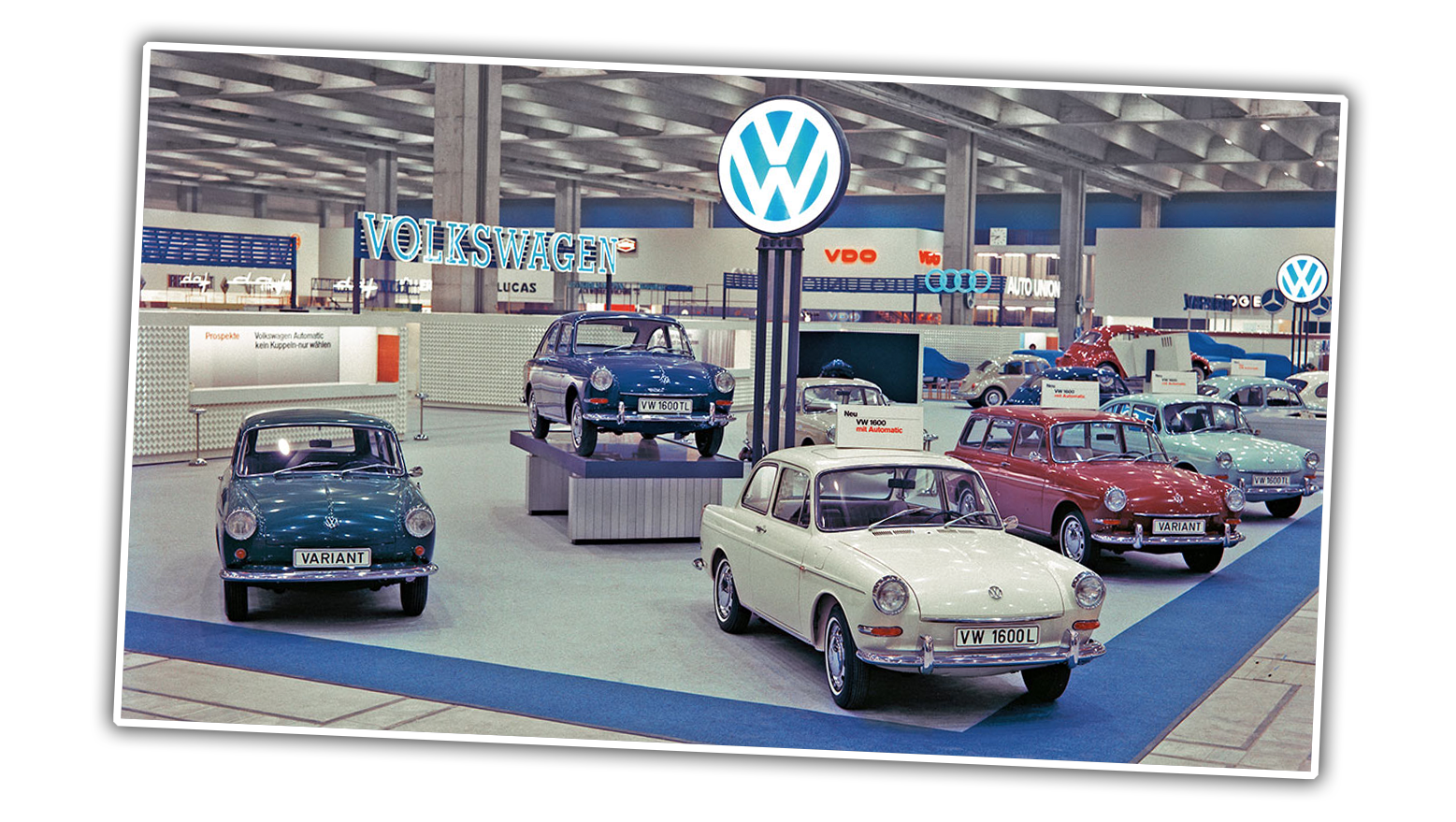 But then, in 1968, everything changed. Well, by “everything,” I’m really talking about one key thing: VW changed the air-cooled flat-four engine of the Type 3 from a twin-carburetor setup to a fuel-injected setup.

Now, fuel injection had been used on cars before—the Corvette had an optional mechanical fuel-injection setup back in 1957—but the Volkswagen Type 3 was the first car to have an electronically controlled fuel injection system.

Well, I suppose technically DeSoto had an electronic system designed by Bendix back in 1958, but that was really more of an elaborate experiment, as only 35 cars actually ended up with the system. So I’m still going to count the Type 3 as the real first here, because it was actually built in real numbers.

Volkswagen certainly wasn’t shy about the fact they were building computers into their cars, and played it up in ads: 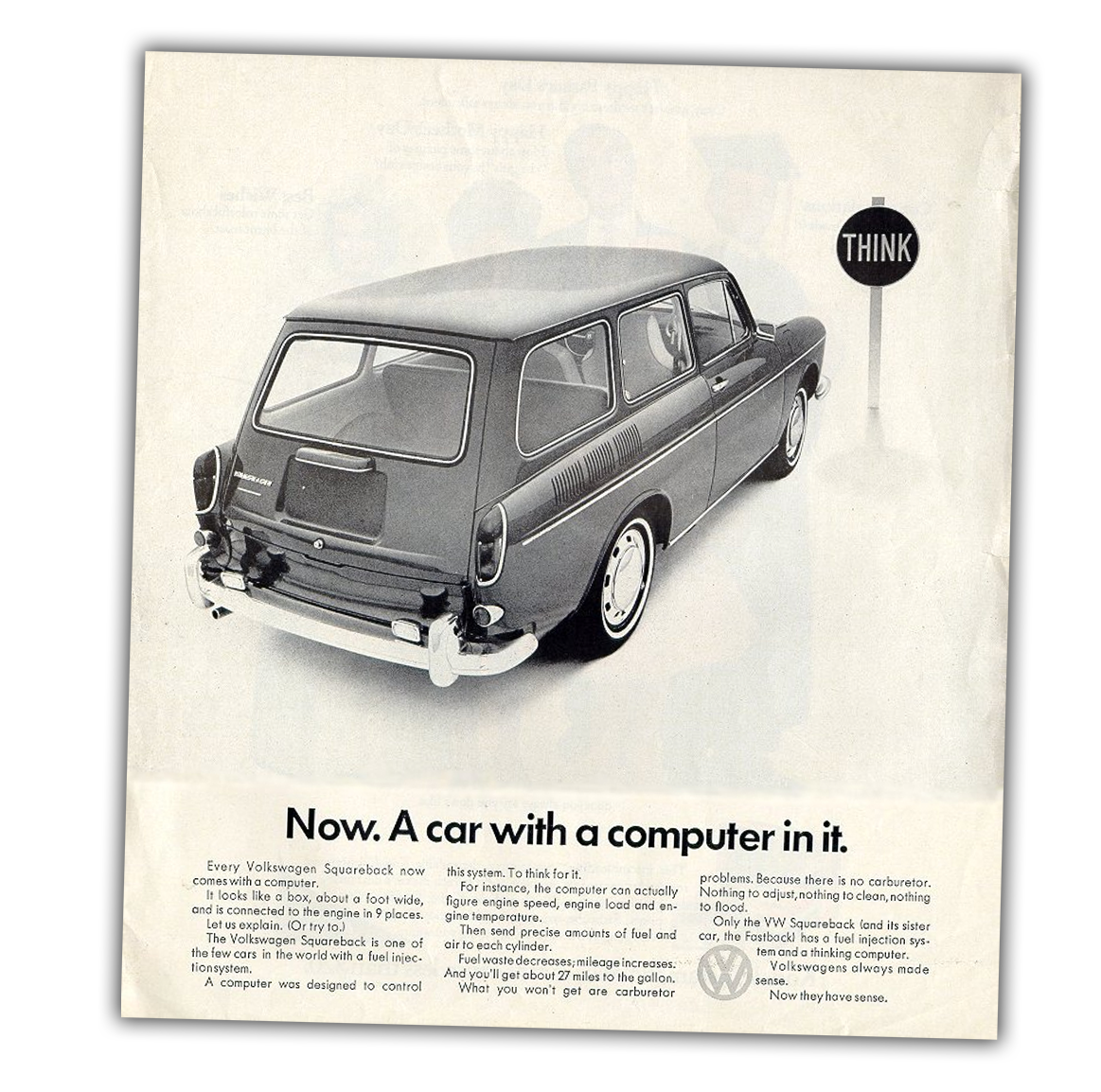 Now, while the computer was certainly electronic, it wasn’t exactly digital, being more of an electronic analogue computer, though it was still built with solid-state electronic components like resistors and capacitors and transistors, though, notably, no integrated circuit chips yet. 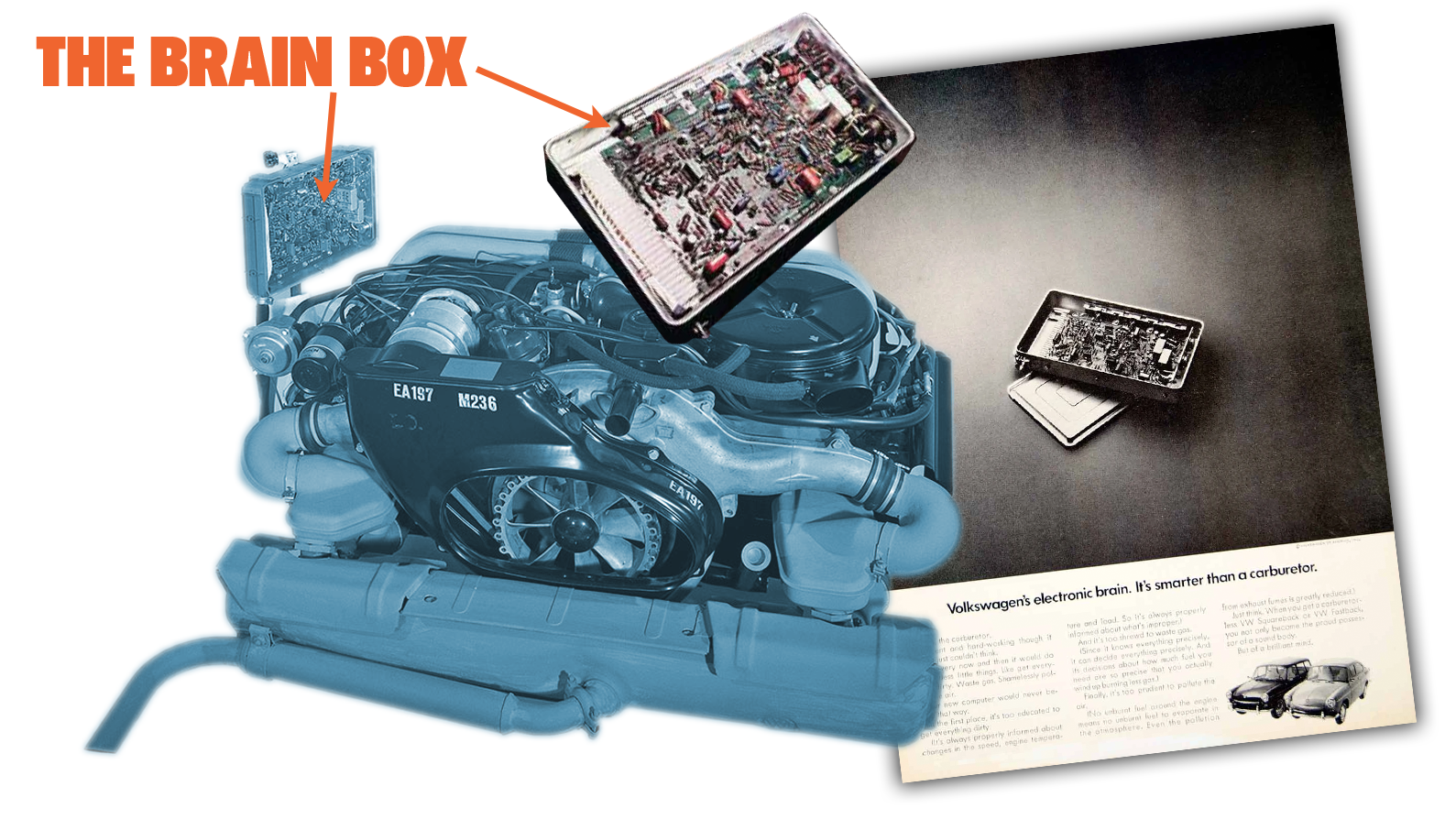 That brain box was the first mass-produced automotive ECU—Engine Control Unit, and all modern cars have these, often multiple ones. Really, I don’t think it’s going too far to say that the defining trait of modern cars is their extensive use of computer controls, and we can see the beginnings of it right here, in the funny little two-trunked Type 3.

The ECU in the Type 3, primitive as it was, even had another first: it had the ability to do at least some limited form of on-board diagnostics, which is another hallmark of modern cars, so much so that there’s a legal, required standard for all automotive on-board diagnostics, the current implementation of which is known as OBD-II.

Most of us are familiar with the OBD systems in our cars via the clunky D-shaped port under the dash that gives access, via the right code reading device, to what that little black box is thinking.

Even these OBD code readers have a 1968-era grandparent: there were testing devices way back then that would plug into a Type 3’s (or, soon after, any number of other cars to use the D-Jetronic system) ur-ECU so a mechanic could tell what’s going on. 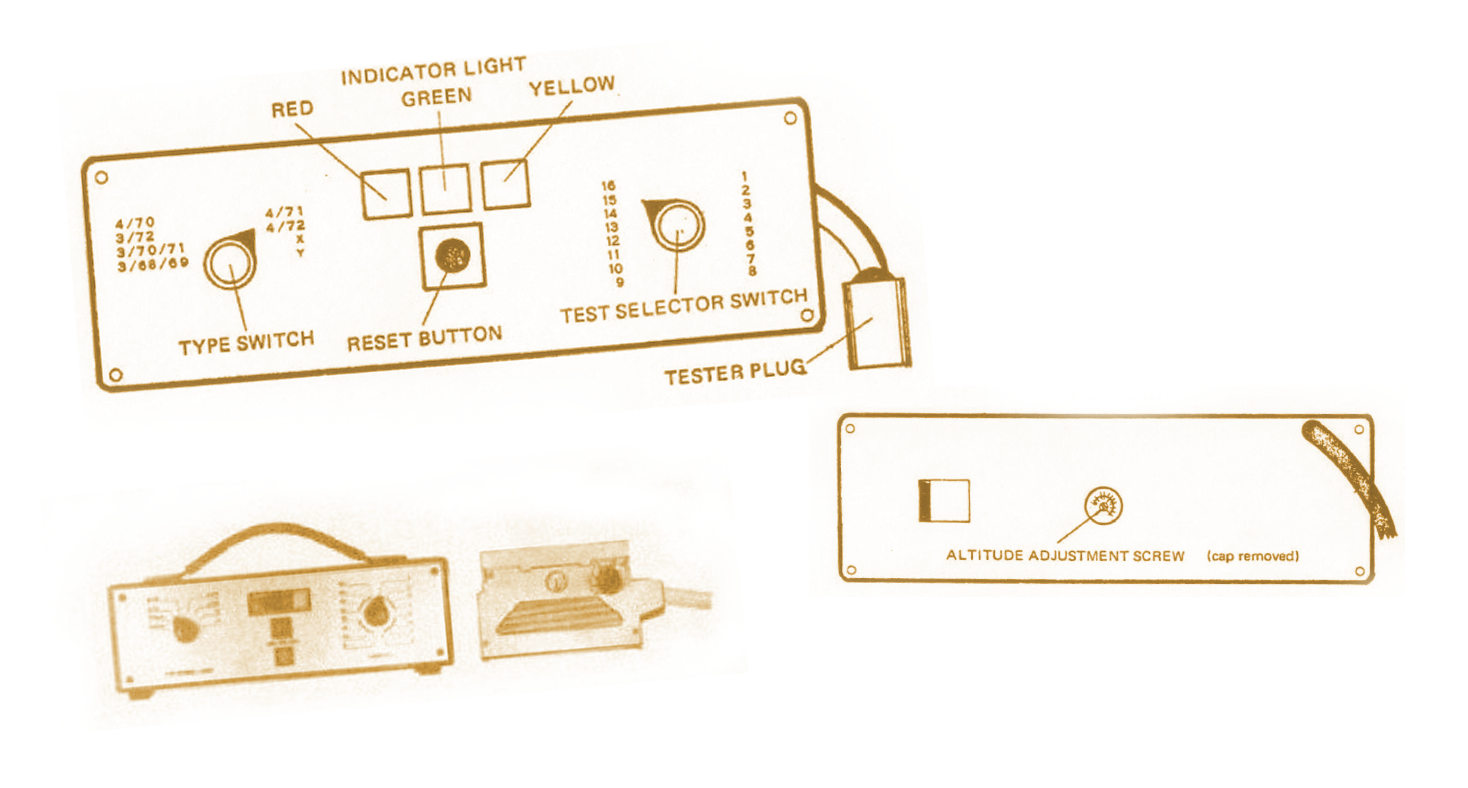 Sure, the results are much more rudimentary than a modern OBD reader that tells you exactly what cylinder you’re getting a misfire in or if your gas cap is loose or whatever, but it’s a start.

It’s because of that little box of resistors and capacitors, and that box’ ability to check itself for problems that I think the humble and unexpected Type 3 could really be considered the ancestor of all modern cars.

The addition of computer control to manage an engine was, in hindsight, a colossal step forward, and I’m always a bit surprised the Type 3 doesn’t have more recognition as a result.

So the next time you flash an ECU and magically end up with 10 more horsepower, or when you can plug in a doohickey and your engine tells you exactly—or at least gives you a good hint—about what’s going wrong, take a moment to thank the Beetle’s less famous but smarter brother, the Type 3.