Wolfman’s Got Nards Explores How The Monster Squad Finally Became a...

Google Says It Is Prohibiting Political Ads for a Week After...

A box of influenza vaccines, about to be used during a free vaccination event in Los Angeles, California held October 17, 2020. (Photo: Damian Dovarganes, AP)

A Flu Vaccine May Provide Some Protection Against Covid-19, Dutch Study...

There Are No Covid ‘Internment Camps,’ in Canada or Anywhere Else

The Mercedes-Benz Vision AVTR Is Inspired By The Greatest Movie Of All Time: James Cameron’s Avatar 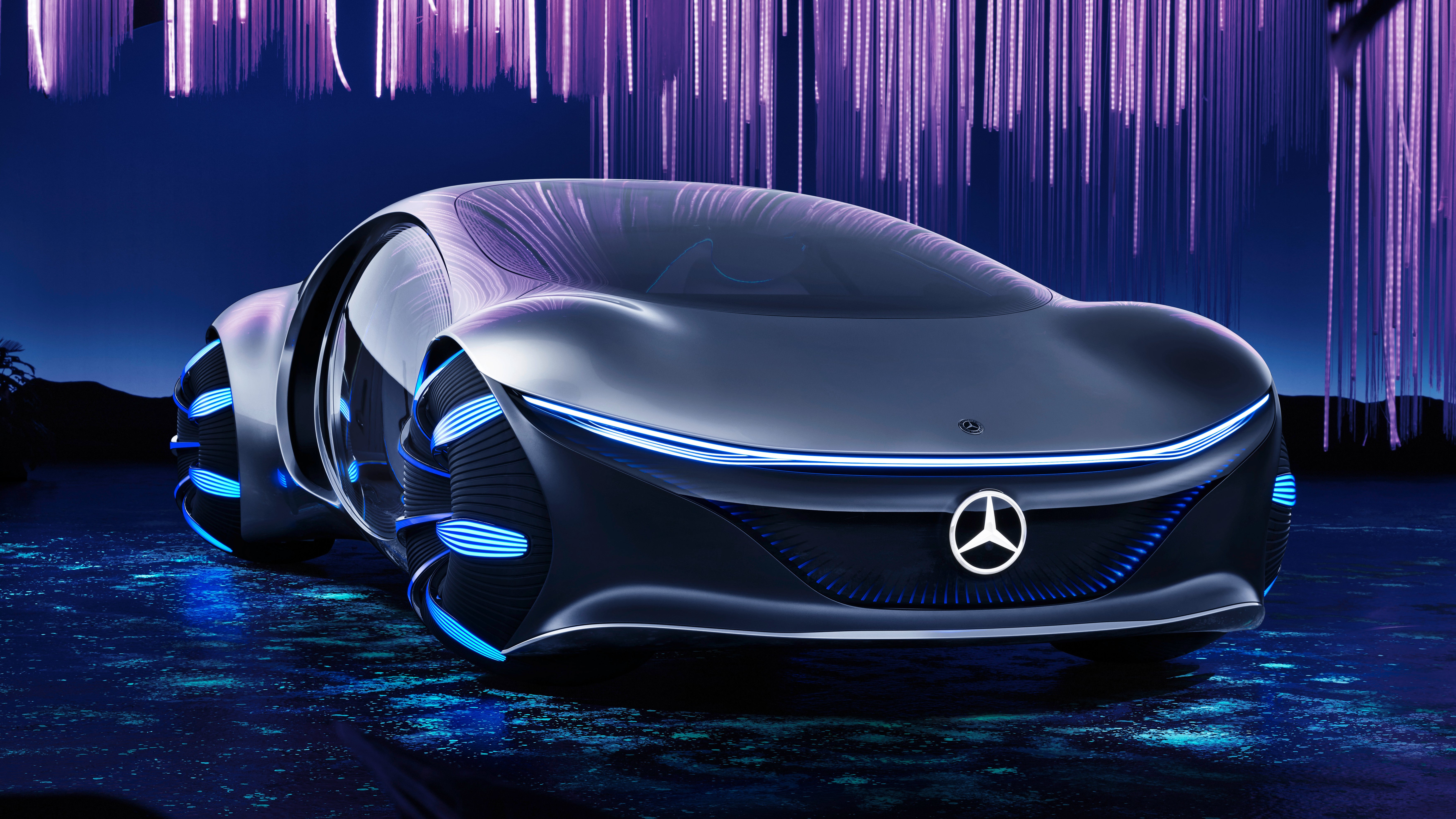 You see, I was blind until I sat for a screening of Avatar in 2009. I mean, I wasn’t actually blind, I could see and everything, but I didn’t truly see until I saw that movie. In 3D, too, because if you didn’t see it in 3D, you were a cheap loser and missed out on greatness. It’s so unlike any the trash put out by Studio Ghibli.

The colour! The lights! The wondrous world of Pandora! The beautiful, sexually charged and blue Na’vi, with their bones of naturally occurring carbon fibre! I wanted to live on Hometree and learn to ride the ikran. To race through the forest and pray to Eywa while drinking fresh rainwater from a leaf. 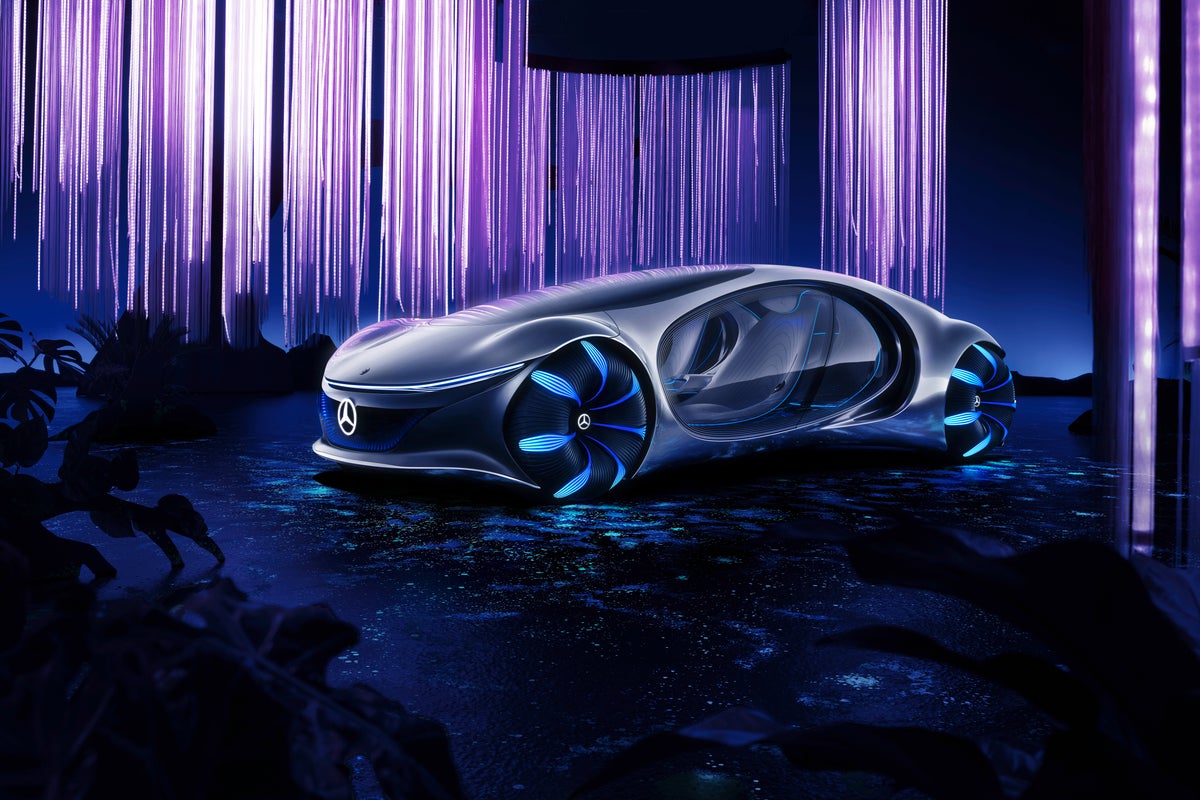 But I suppose the closest thing I will get to experiencing Pandora is the Mercedes-Benz Vision AVTR. Not only does the concept’s name nod to that fantastic film, but it also stands for ADVANCED VEHICLE TRANSFORMATION. A very clever and appreciated acronym!

On the outside, the Vision AVTR features a number of visual elements that were inspired by the breathtaking flora and fauna of the movie. Designers took inspiration from the gentle atokirina for the wheels and the fearsome palulukan for the flaps. 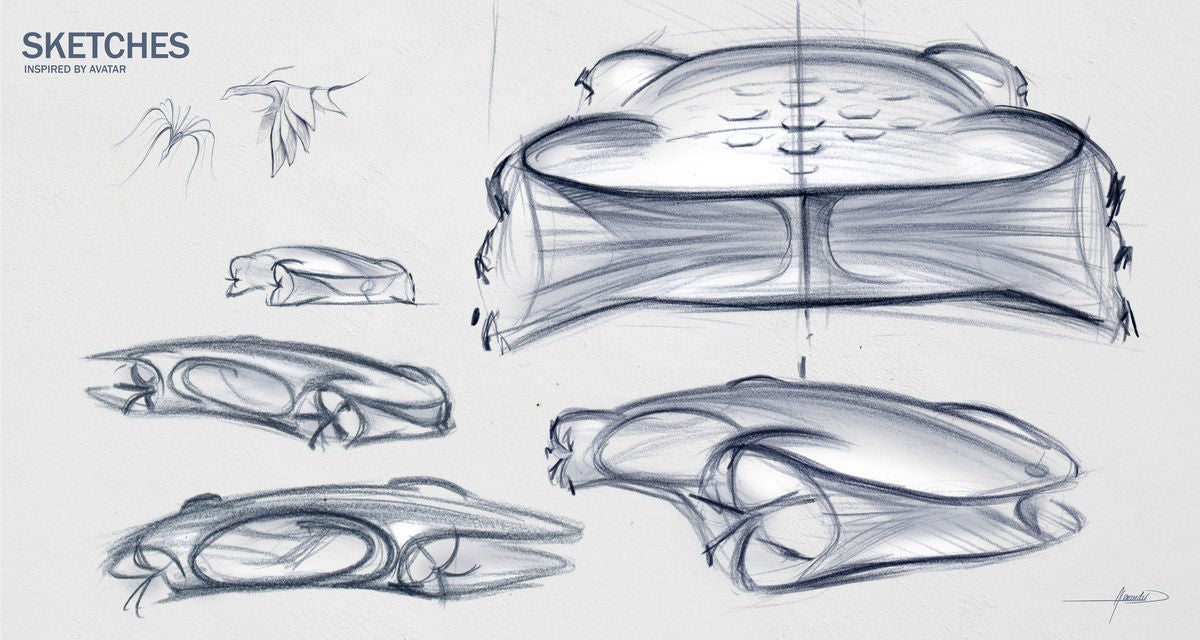 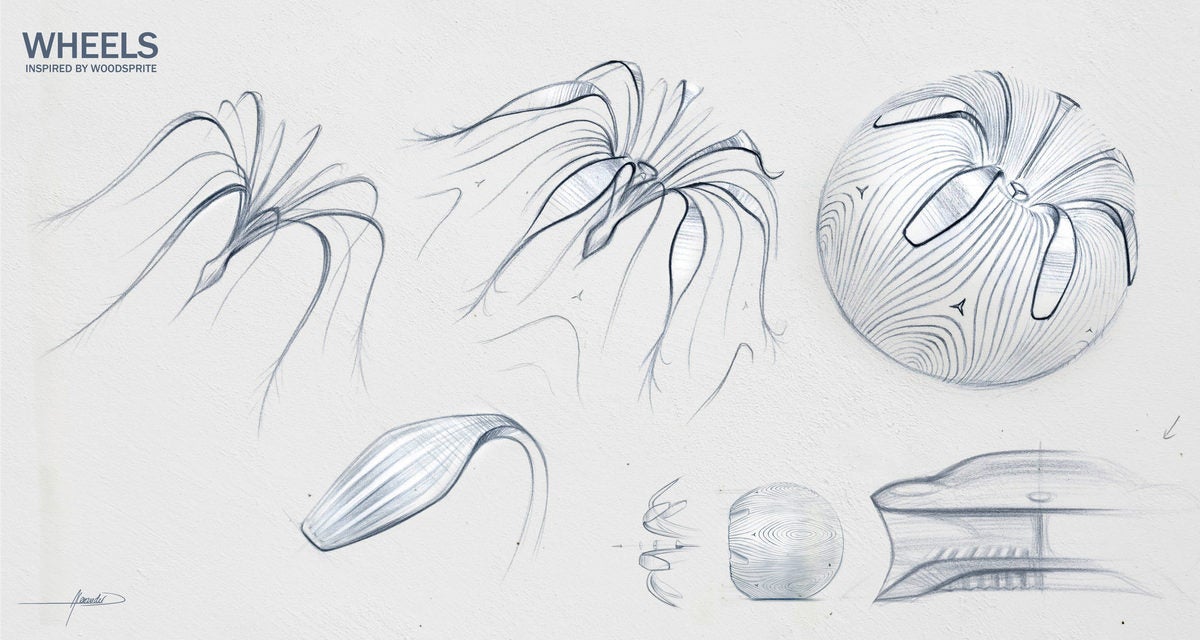 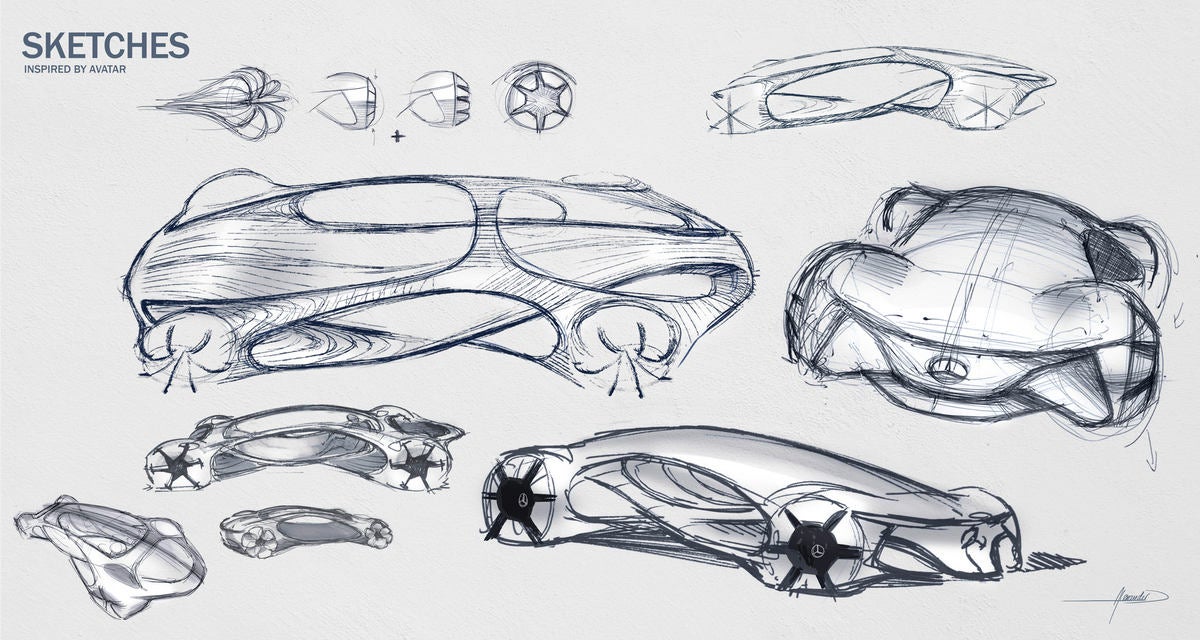 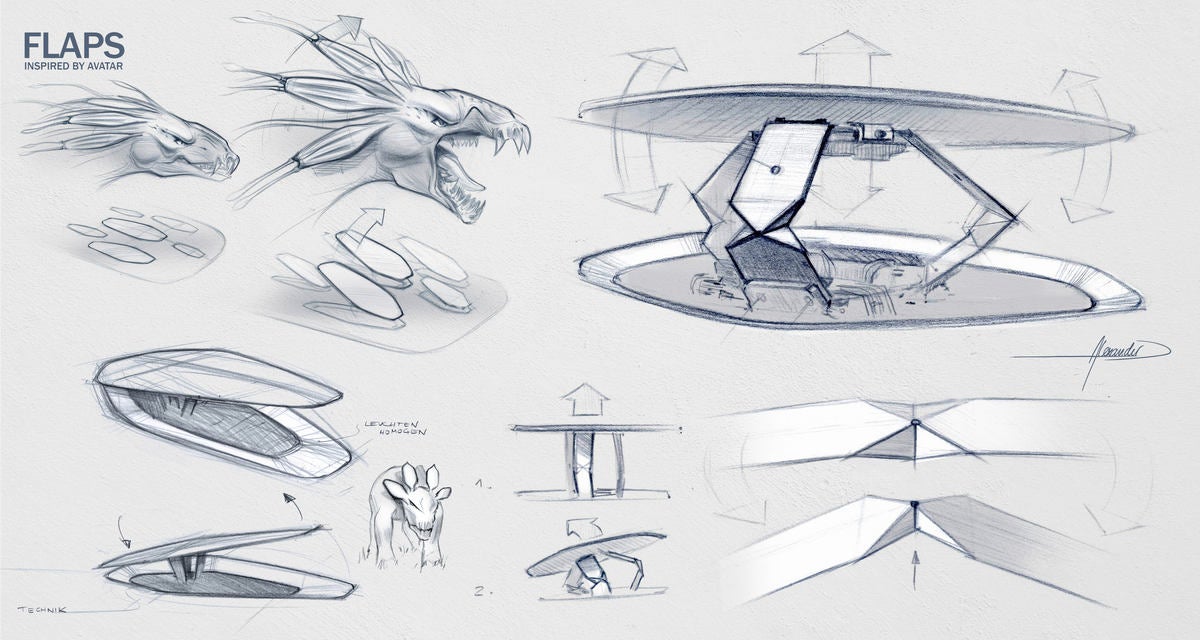 That’s because Mercedes envisions the Vision AVTR “as a living creature.” The 33 “bionic flaps” along the car’s back “can communicate with the driver and through the driver with their outside world through naturally flowing movements in subtle gestures,” according to a company press release.

And there is biometric connection. Gone are the days of the conventional steering wheel—so Neanderthal! Instead, the Vision AVTR will recognise you by your heartbeat and breathing when you put your hand on the control unit. This is the singularity I had hoped to one day achieve with my boyfriend, but alas, Mercedes has beaten us to it. 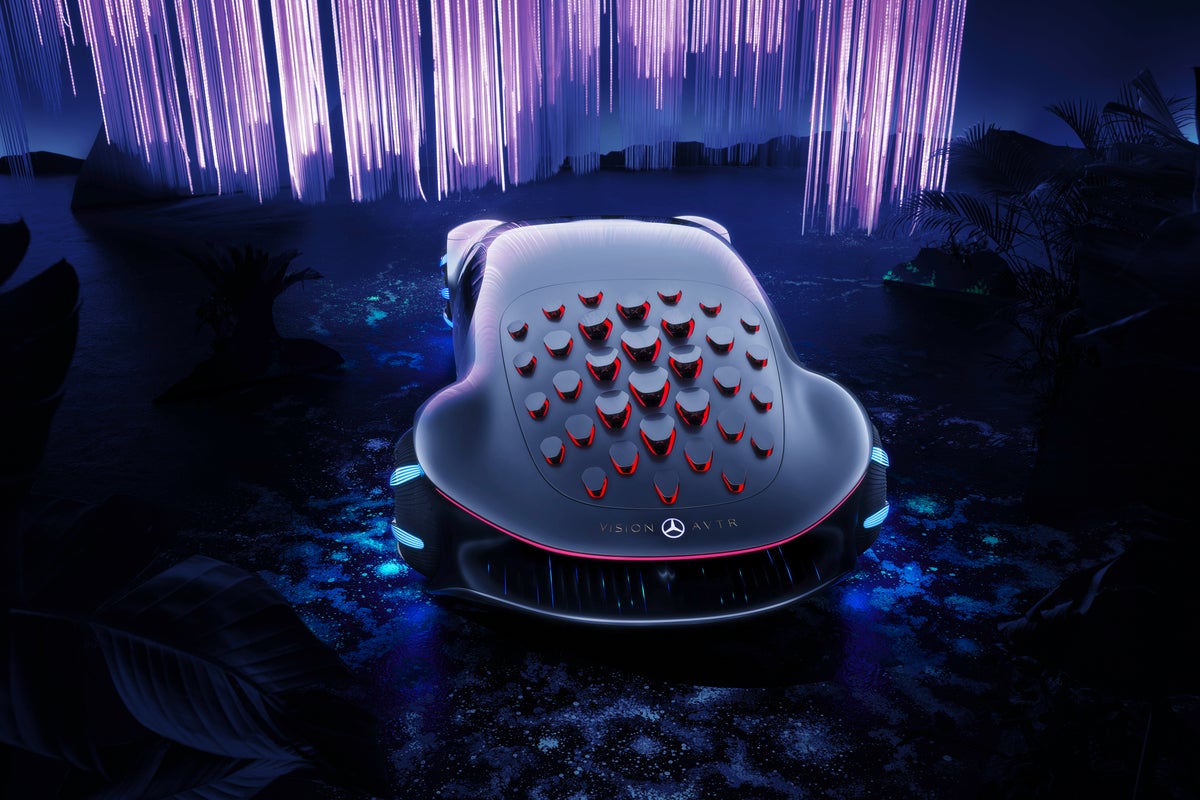 Four, near-wheel-built electric motors power the Vision AVTR. Combined, the total system output is more than 350 kW (about 469 horsepower, nice). The battery itself is a thing of wonder; it’s a “graphene-based organic cell chemistry and… completely eliminates rare, toxic and expensive earths such as metals.” Therefore, Mercedes concludes, it’s 100 per cent recyclable. The range is claimed to be over 700 km.

This is great because it means we can finally stop mining for precious metals and destroy fragile ecosystems while we’re doing it. Fuck those guys who were drilling for the unobtanium! They were probably working for private equity goons anyway. So glad Mercedes has moved beyond such caveman means of existence. 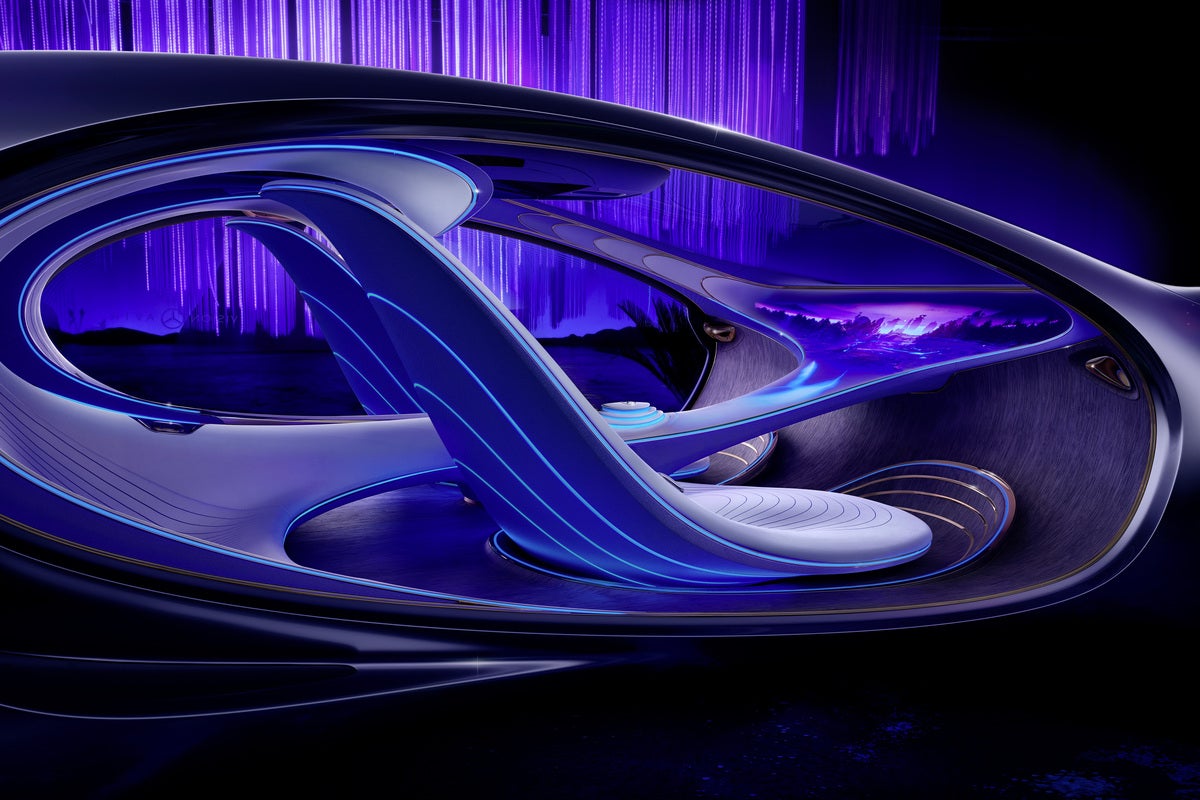 When asked how the car relates to Pandora and Avatar, Mercedes-Benz futurist Alexander Mankowsky said, “AVATAR reveals a symbiosis between the Na’vi and their environment on Pandora. Developing the Vision AVTR we loved the idea of a symbiosis. Our approach was the human machine merge. Therefore we got inspired by the Gaia hypothesis—from Gaia the Greek mother goddess of life. Biochemist James Lovelock described this hypothesis in the 1960s. He had been working on the composition of atmospheres on behalf of NASA and described that the atmosphere of Mars is chemically balanced.”

“The Earth’s atmosphere, on the other hand, is full of tensions, it is not stable. Without action, it would fall into an ongoing retirement, like that of the planet Mars. The Gaia hypothesis was the first answer to the question of how this earth’s instability is not only preserved, but also the exact amount of oxygen to breathe and to live is contained in it.” 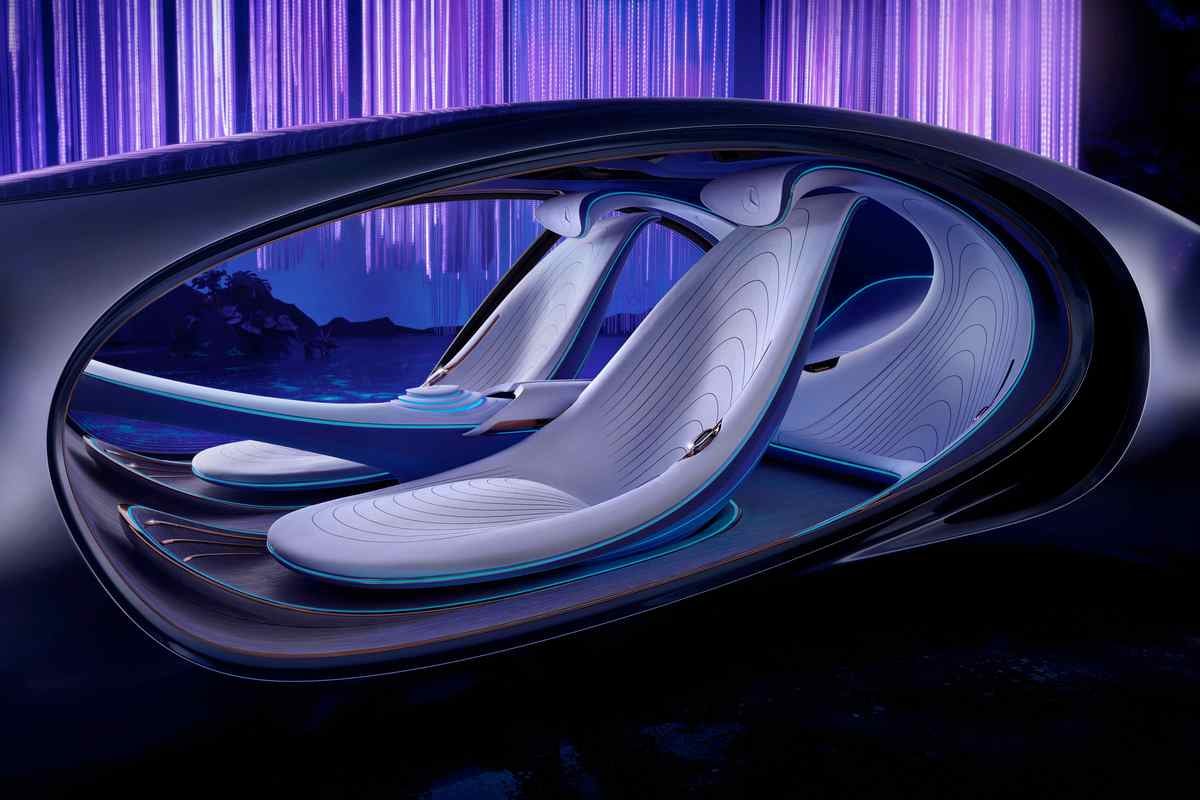 “Lovelock recognised that the biosphere creates its own environment. The forest e.g. dispels moisture when the sun is too strong and the resulting clouds cool the forest. This is the so called Gaia hypothesis. That means the earth, sustains herself as a living planet. Metaphorically speaking, our planet lives.”

Spoken like a true Na’vi! Dr. Grace Augustine would be proud of Mercedes-Benz, had she survived the vicious shootout that was so necessary for saving Pandora. But now that she is one with Eywa, she is with us always. And she was there, at CES last night, for the unveiling of the Mercedes-Benz Vision AVTR. 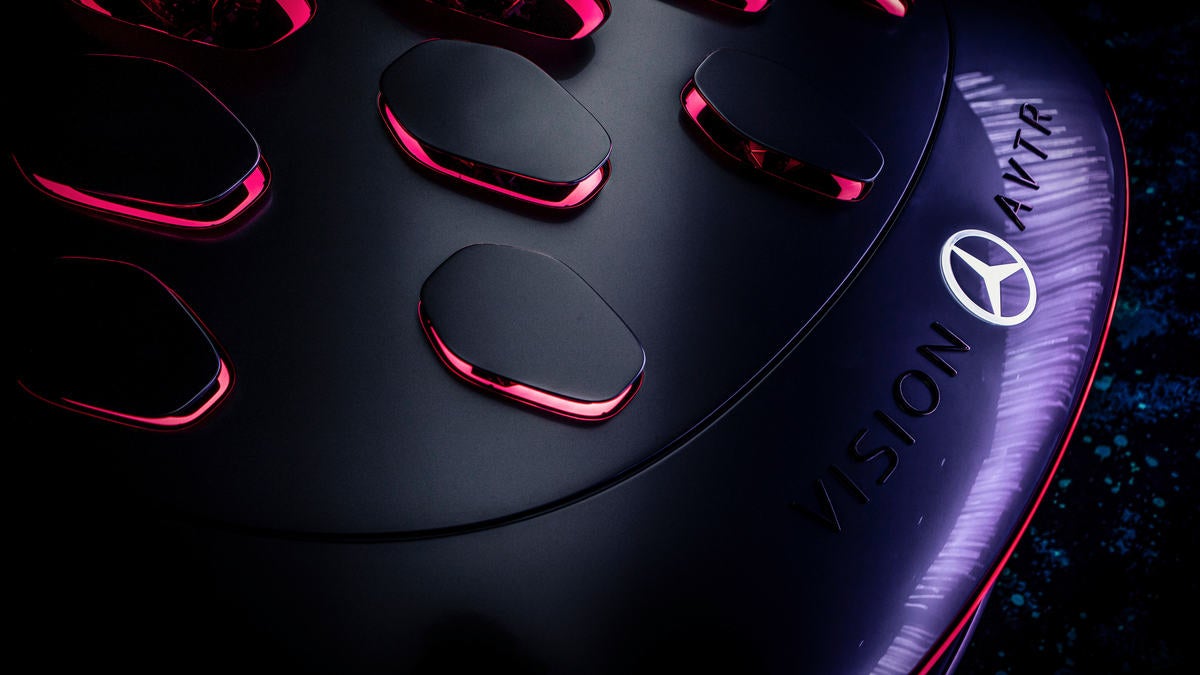 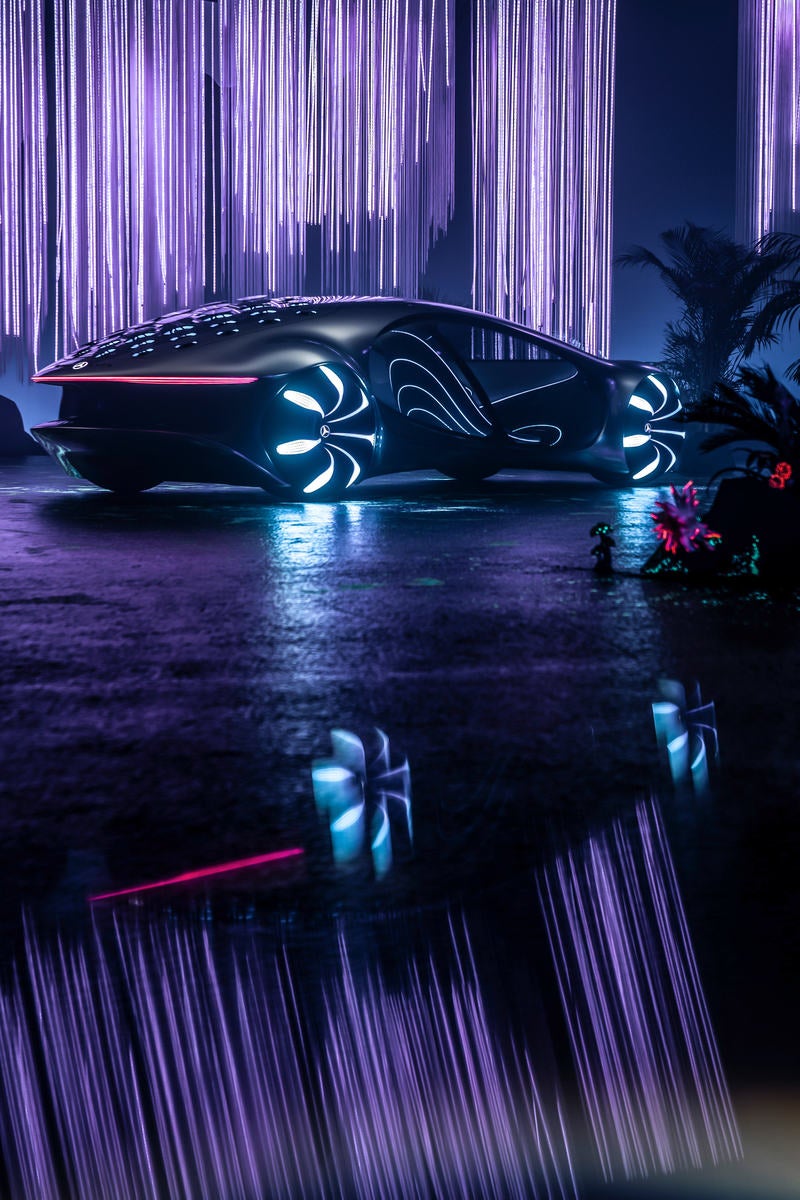 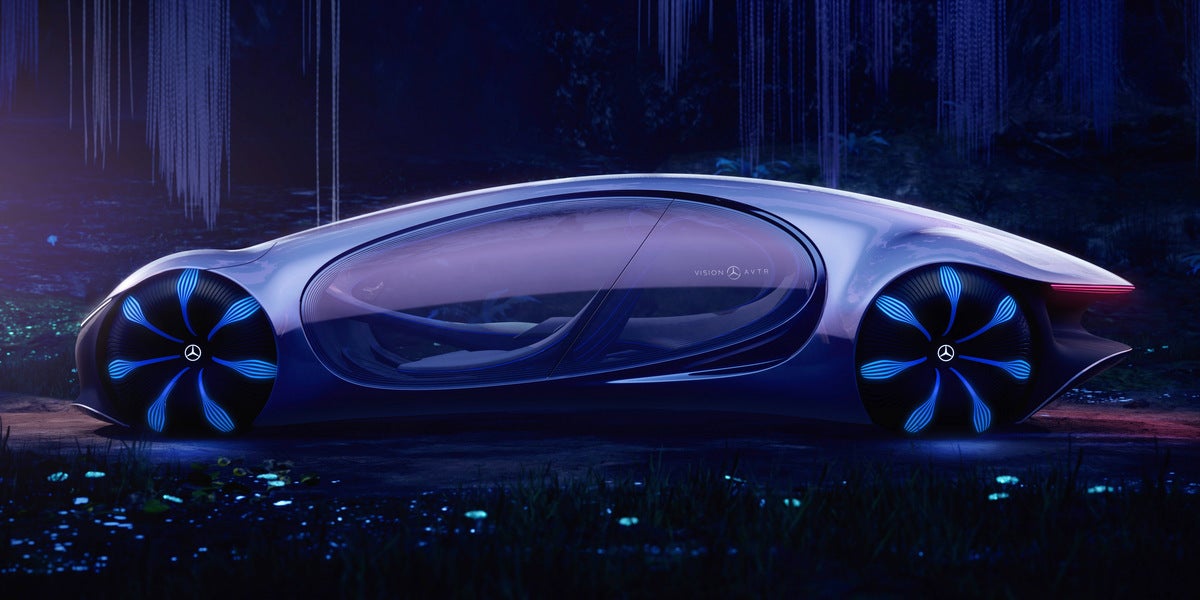 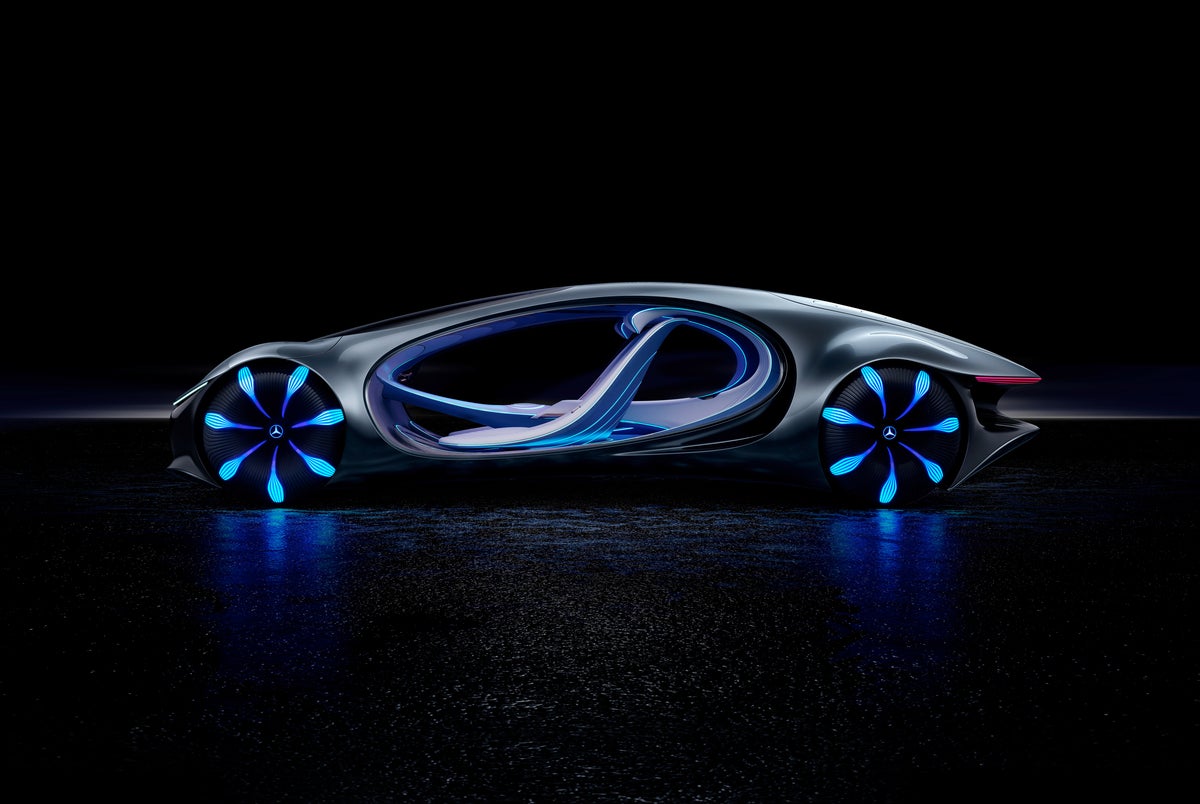 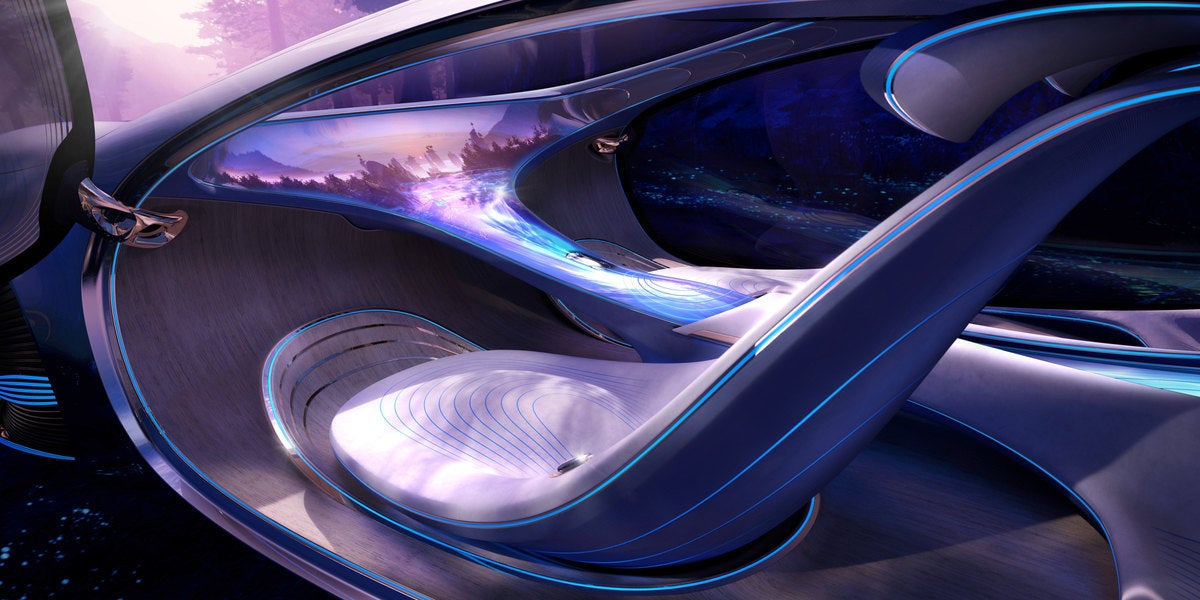 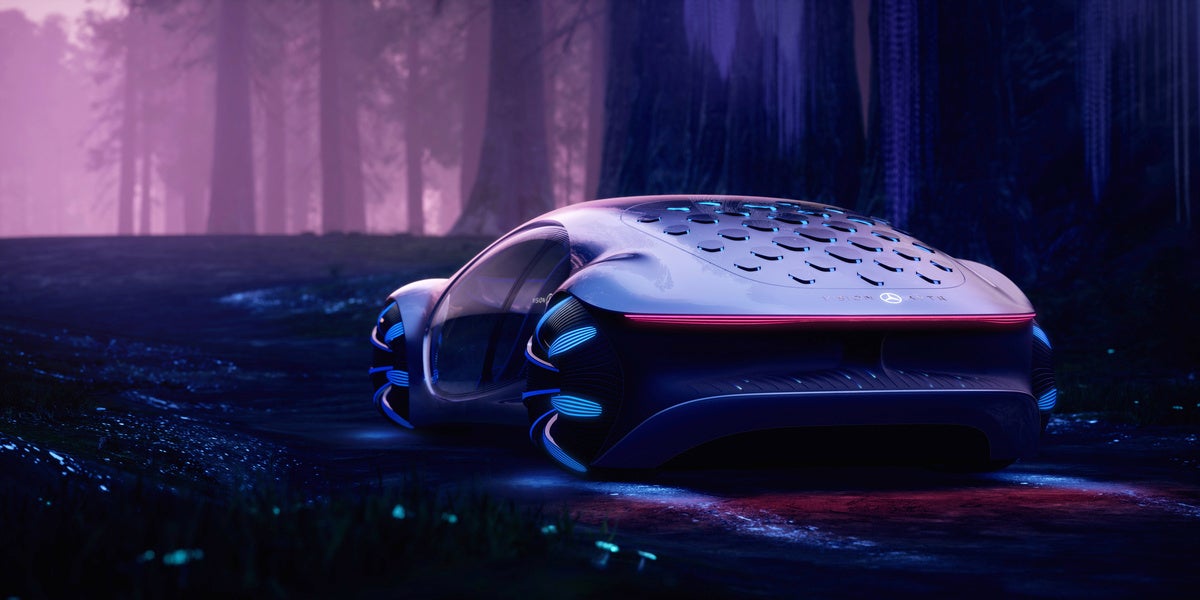 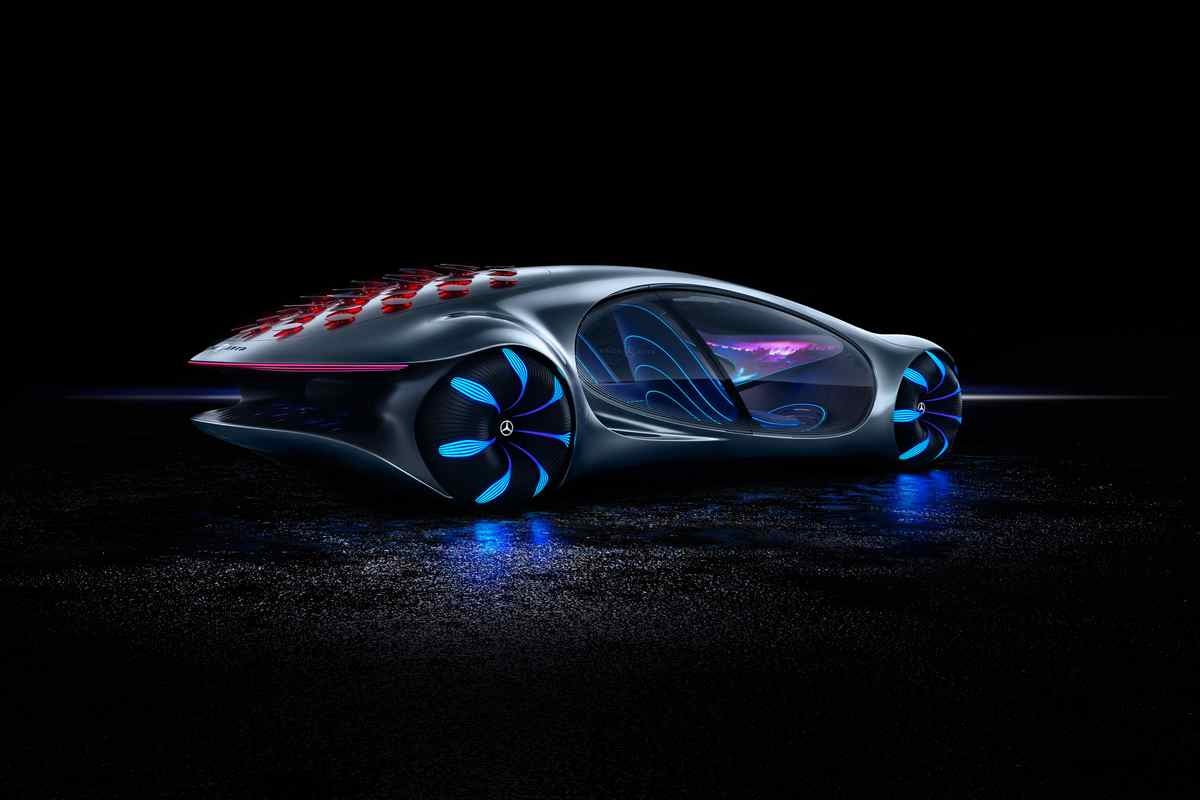 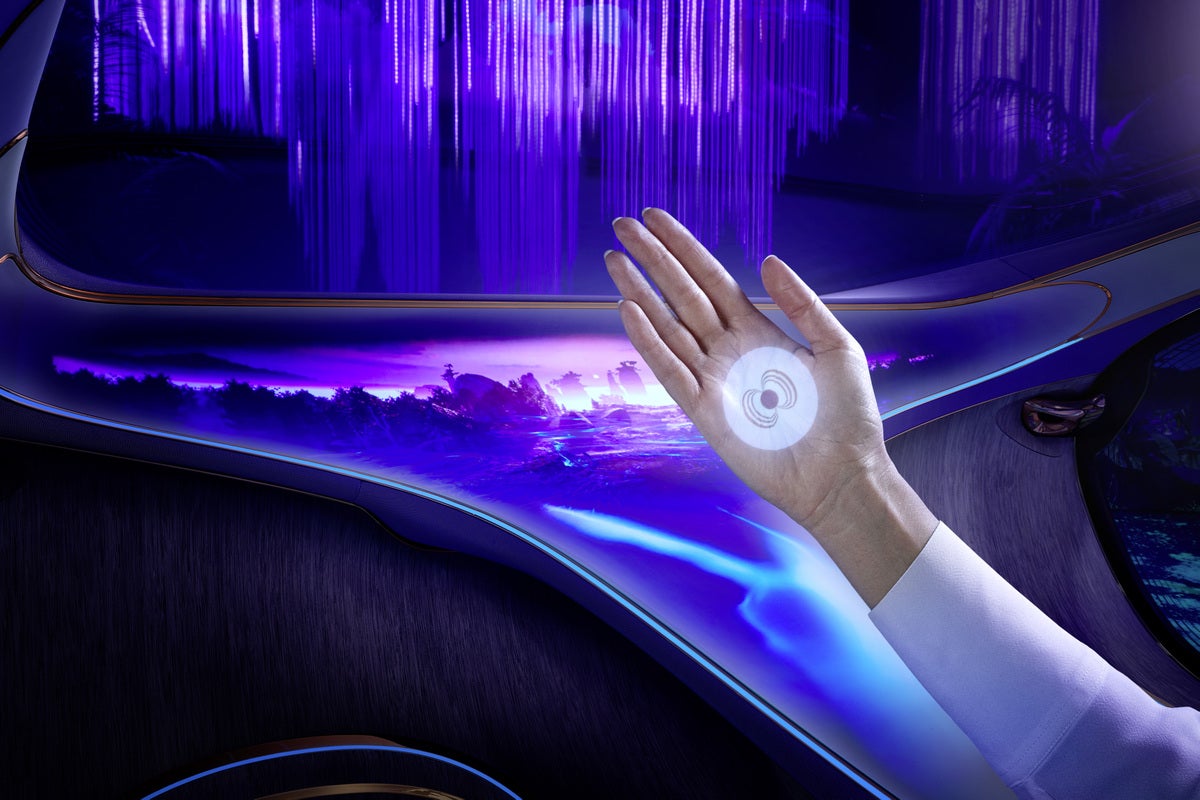 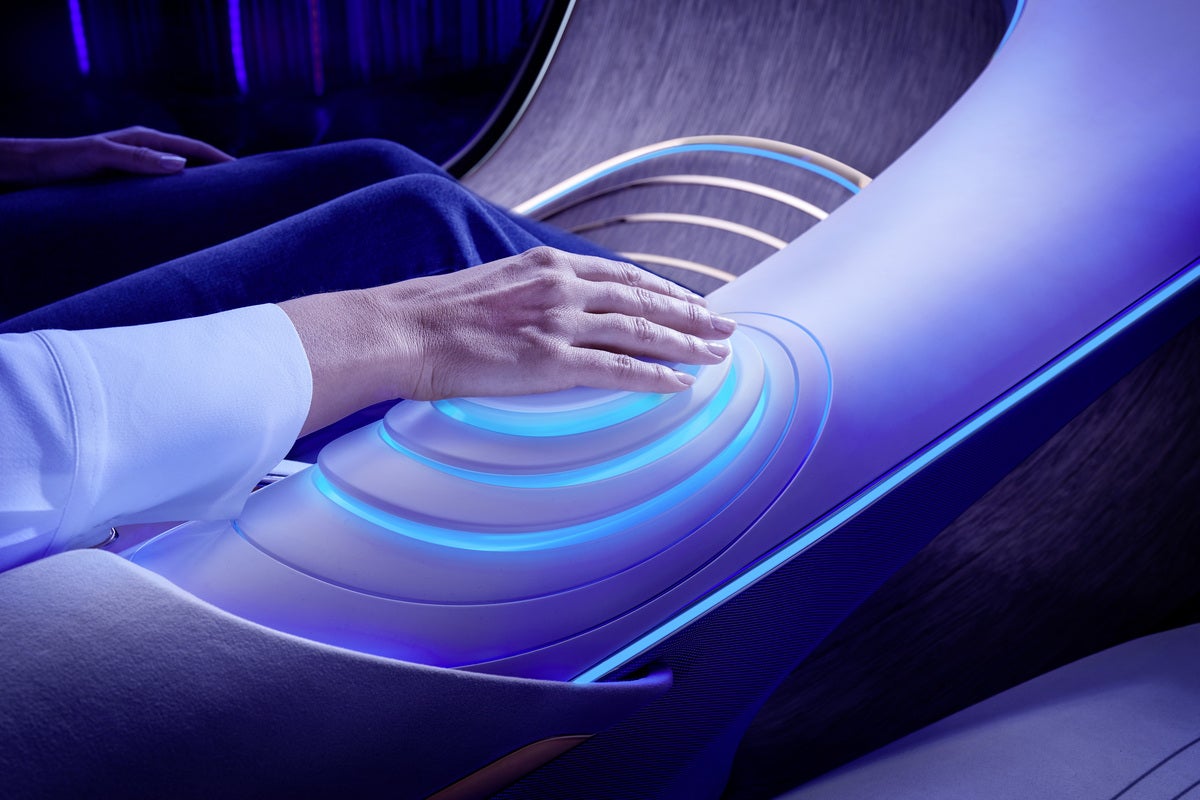 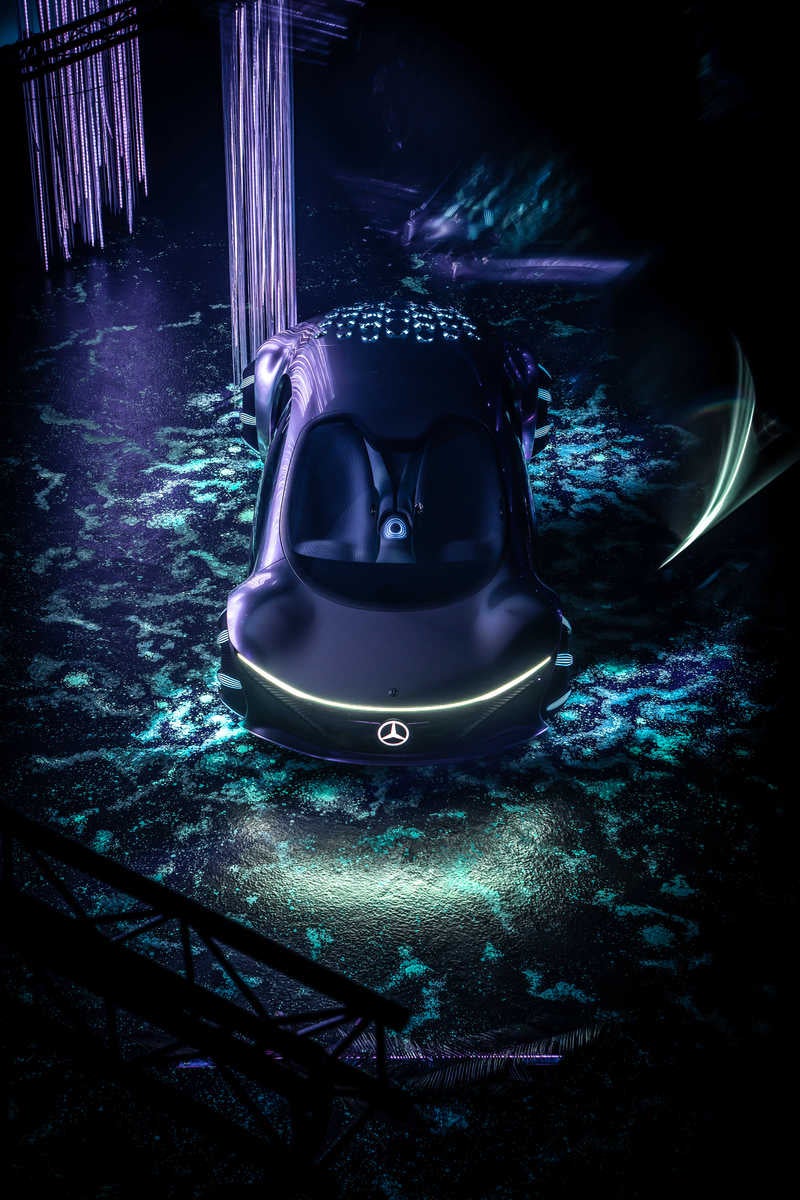