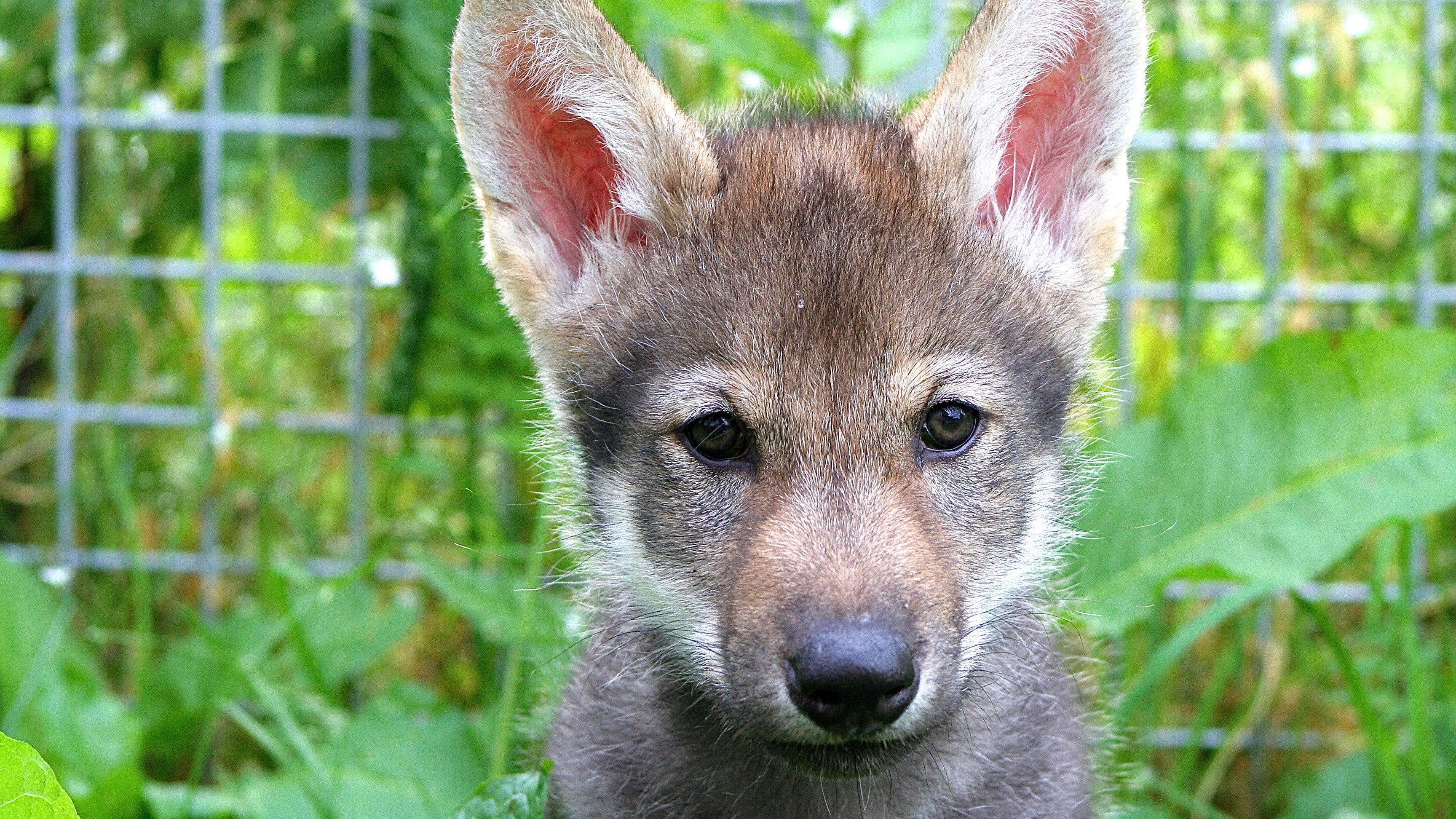 A wolf puppy named Flea, who did not care for the game of fetch. (Image: Christina Hansen Wheat)

Scientists in Sweden have shown that some wolf pups, like dogs, are capable of playing fetch with humans. It’s an unexpected result, one that suggests the ancestors of dogs were primed for domestication.


A new study published in iScience presents evidence showing that some wolf pups, with a bit of encouragement, will retrieve a tossed ball and return it to an unfamiliar human. In other words, they can play fetch.

This may not sound like a big deal, but wolves aren’t really supposed to be able to respond to human social cues. Dogs, of course, are absolute pros at understanding human-directed signals, whether physical or verbal in nature. Mature wolves, on the other hand, don’t play fetch, and they don’t seem to grasp human gestures, such as pointing.

The new paper, therefore, raises an intriguing question: Did the capacity to comprehend and react to human social cues emerge as a product of domestication, or was it already in place among the ancestors of dogs? The new research points to the latter, suggesting this ability pre-dates domestication.

“When I saw the first wolf puppy retrieving the ball, I literally got goosebumps,” said Christina Hansen Wheat, a co-author of the study and a researcher from Stockholm University, in a press release. “It was so unexpected, and I immediately knew that this meant that if variation in human-directed play behaviour exists in wolves, this behaviour could have been a potential target for early selective pressures exerted during dog domestication.”

It’s an intriguing possibility, but the new paper contains problematic gaps that will have to be addressed if this hypothesis is to be taken seriously.

These observations were made during a larger test to compare the behaviours of dog and wolf puppies. In one particular subtask, the researchers sought to determine the extent to which, if at all, wolf pups might respond to human social cues. This test was performed in the context of human-directed play, which the authors claim has never been attempted before.

For the experiment, Hansen Wheat, along with her co-author Hans Temrin, also from Stockholm University, took 13 wolf puppies from three litters born in 2014, 2015, and 2016, all of whom were hand-raised by the team since they were 10 weeks old. These wolf pups, unlike those born in the wild, were fully habituated to humans.

During the test, a single wolf pup was placed in a room with a person unknown to them. The person, known as the puppy assessor, tossed a tennis ball across the room. The wolf puppies weren’t trained prior to the experiment, nor were they previously exposed to tennis balls. The assessor encouraged the pups to get the ball and bring it back to them. The pups’ responses were rated on a scale of 1 to 5, in which 1 represented zero interest in the ball, and 5 represented full cooperation, including returning the ball to the human. This test was repeated three consecutive times for all 13 wolf puppies. Here are the results as summarised in the paper:

So three of the 13 wolf pups fully retrieved the ball. This is evidence, the authors say, that the canid ability to comprehend and respond to human social cues existed prior to domestication.

“This suggests that, although probably rare… the expression of human-directed behaviour in ancestral populations could have been an important target for early selective pressures exerted during dog domestication,” wrote the authors in their study.

Kathryn Lord, a wolf expert from the University of Massachusetts Medical School in Worcester and the Broad Institute in Cambridge, who wasn’t involved in the study, said it’s an “exciting” paper.

“They may have unnecessarily handicapped themselves by using pups that had not previously been socialised with strangers, as previous work on the topic in dogs was done with dogs that were socialised with both familiar and strange people,” Lord told Gizmodo. “I would expect they would have found even more wolf pups successfully responding to human solicitation if they were used to strangers in general.”

There are some important caveats to point out, however.

At just 13 wolf pups studied, the researchers relied on an achingly small sample size. Given the somewhat subjective nature of the experiment (were the pups really playing fetch?), it would be wise for this team and/or other researchers to duplicate the experiment with a larger batch of wolf puppies. It would also be good to know why three wolf puppies from one litter were inclined to play fetch, whereas none from the other two litters showed any inclination. The question of why wolf puppies, but not adult wolves, are predisposed to play fetch, also remains unanswered.

It’s also important to point out that these wolf pups were accustomed to humans. In an early domestication setting, proto-dogs would likewise have been habituated to humans, which means they were already going through the selective processes of domestication. It’s not immediately clear, therefore, that this cognitive ability existed in wolf puppies prior to domestication.

Ultimately, this is an intriguing but incomplete study. It sets the stage for future research, as we seek to better understand dogs and why they’re so willing and happy to play with us.