How to Make It Easier to Control Smart Home Devices From...

The crew spends a suitably silly amount of time admiring the Cerritos from afar. (Image: CBS)

The road is full of terrors in Lovecraft Country. (Photo: Elizabeth Morris/HBO)

The 10 Worst Fictional Small Towns to Get Stuck In

In the Black by Patrick S. Tomlinson (Image: Tor Books)

Don’t Be Afraid of All the New Sci-Fi, Fantasy, and Horror Books Coming in October

Vodafone’s SIM-Only Plans Will Give You a Heap of Data For... 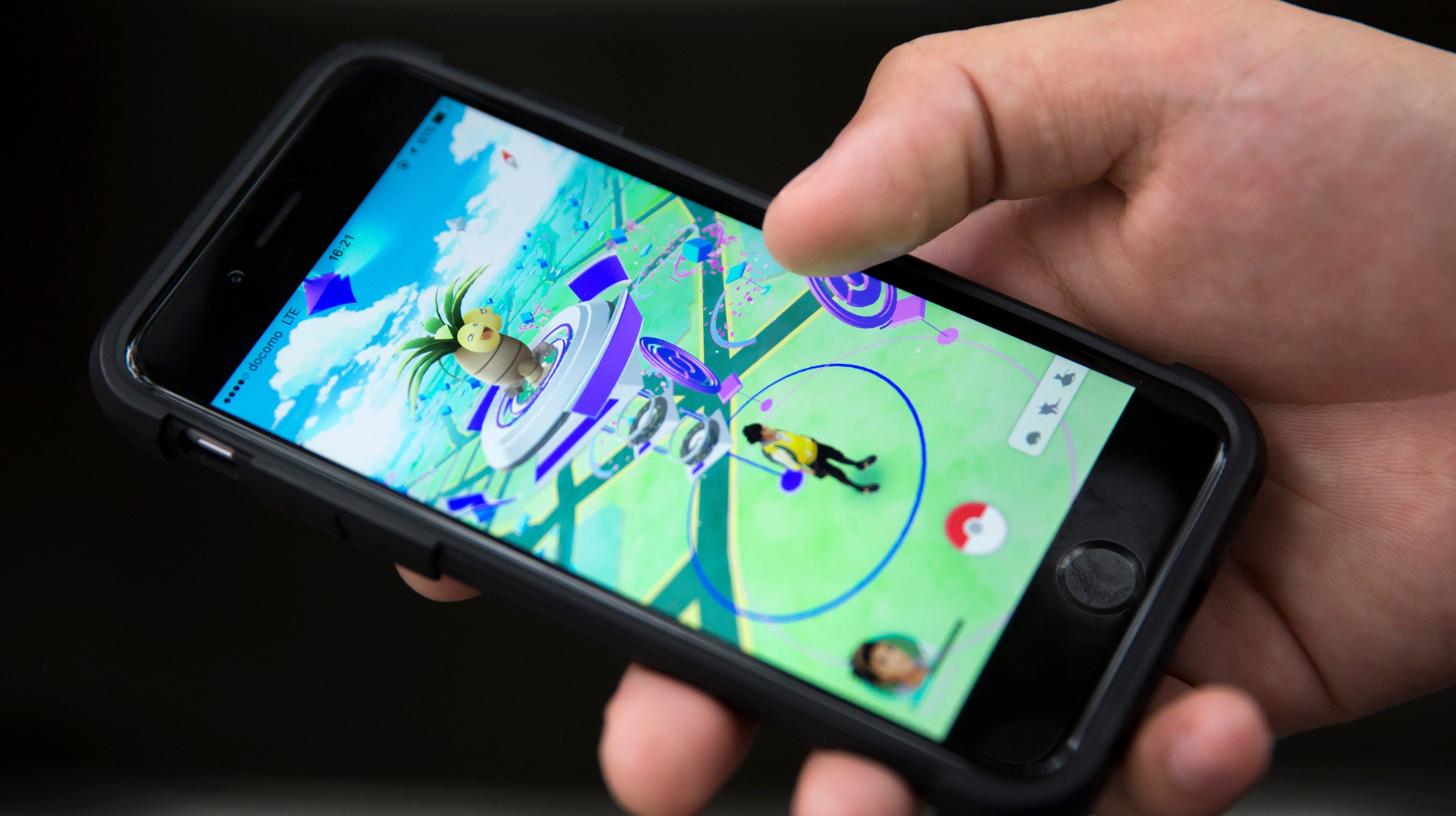 Remember the bygone era of 2016? Oh, to return to that sanguine time, where instead of fretting over deadly vaping illnesses and the possibility of World War III, we all held hands and sang kumbaya united by a serious case of PokÃ©mon Go fever swept the globe.

But if you, like myself and scores of others who once trudged up and down their neighbourhoods trying to find another damn Eevee, promptly fell off the bandwagon after a few months and considered this once-viral sensationâ€™s heyday long gone, youâ€™ll be surprised to learn that PokÃ©mon Go just wrapped up its most profitable year to date with an estimated $US900 ($1,304) million earned through in-app purchases, according to mobile analytics firm Sensor Tower.

Thatâ€™s a hefty jump compared to the $US832 ($1,206) million developer Niantic took in during its launch year of 2016, since it appears weâ€™ve unwittingly entered the Twilight Zone where yesteryearâ€™s viral hits like PokÃ©mon Go are still relevant and Walmart automatons roam the land.

The mobile titleâ€™s earnings dipped in the years immediately following its release, Sensor Tower reported, a trajectory typically expected when these kinds of free-to-play games explode in popularity right out of the gate. Though Iâ€™m sure all the bad press over issues resulting from avid players, such as PokÃ©mon Go causing more than 100,000 traffic accidents, didnâ€™t help much either. Nor did its botched festival, a 2017 event attended by some 20,000 odd fans that was plagued by internet connectivity problems and rampant ticket scalping (and which later earned Niantic a class action lawsuit to the tune of $US1.6 ($2) million). 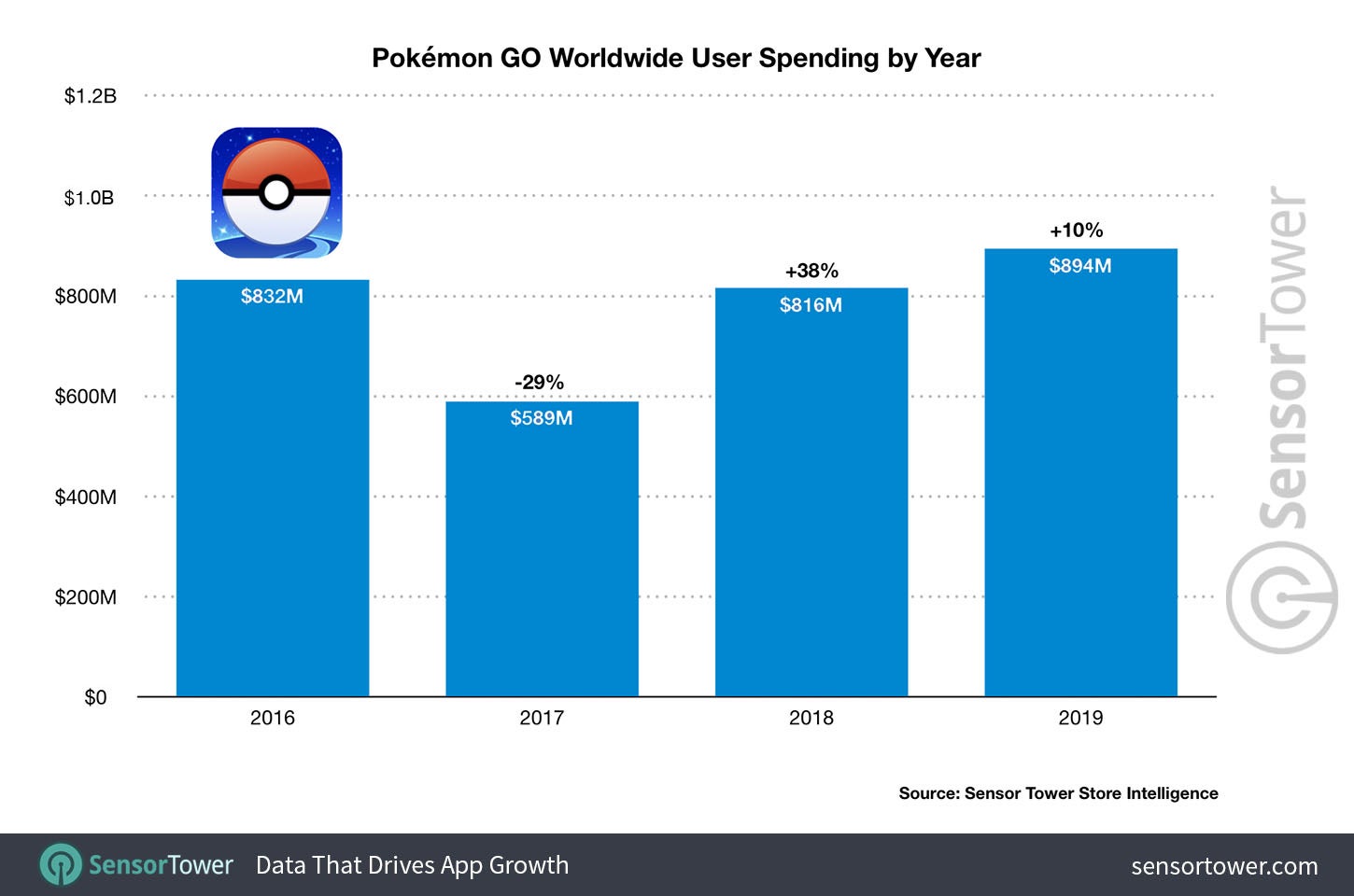 PokÃ©mon Go began to pick up steam among players again after Niantic folded in widely requested features like glitchy monstrosities like this. After wracking up $US816 ($1,182) million in 2018, last year PokÃ©mon Go cracked the top five for highest-earning mobile games worldwide, placing just behind Candy Crush Saga, which took in around $US1.1 ($2) billion.

Of 2019’s sales, $US335 ($485) millionâ€”roughly 40 per cent of all user spendingâ€”came from players in the United States, according to the report. Japanese players came in second, spending $US286 ($414) million, with total lifetime sales passing the $US3 ($4) billion mark as of last October.

Itâ€™s strangely endearing to see there are still so many players out there diligently trying to â€œcatch them all.â€ Not endearing enough for me to dust off my oldÂ account, though. Instead, Iâ€™ll be PokÃ©mon Go-ing to my couch to while away hours upon hours with games that donâ€™t require me to get off my arse.