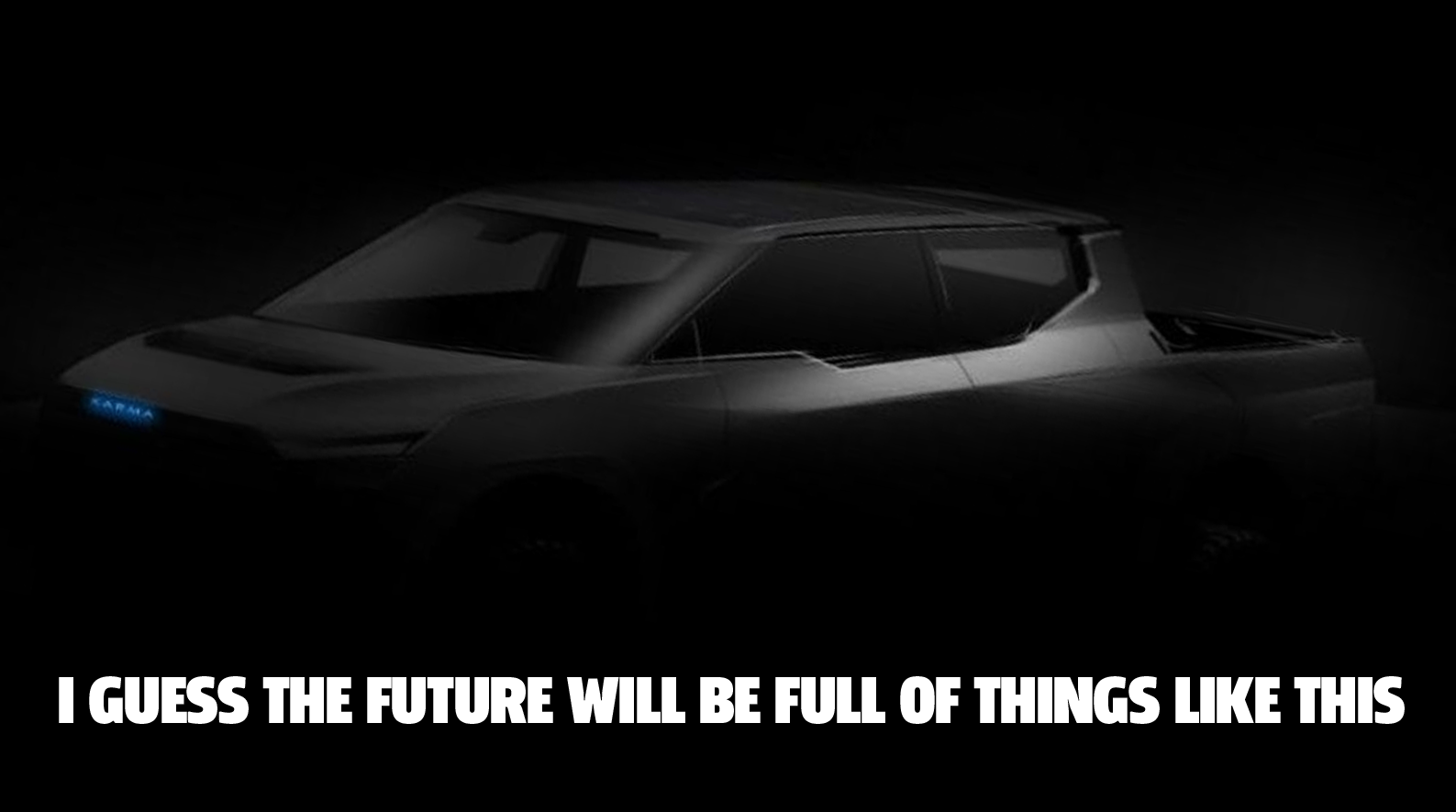 You may remember Karma Automotive as the company that, for some reason, decided they wanted to keep building slightly-updated Fisker Karmas, now calling them the Revero. In recent years, Karma has shown some battery-electric sports car concepts and updated Reveros, but now it looks like they’ve been woken up by the Tesla Cybertruck and the Rivian R1T and the Bollinger and decided they want in on the futuro-laser-sounds EV truck game. So they released this render of a futuristic truck in an inky black wasteland. 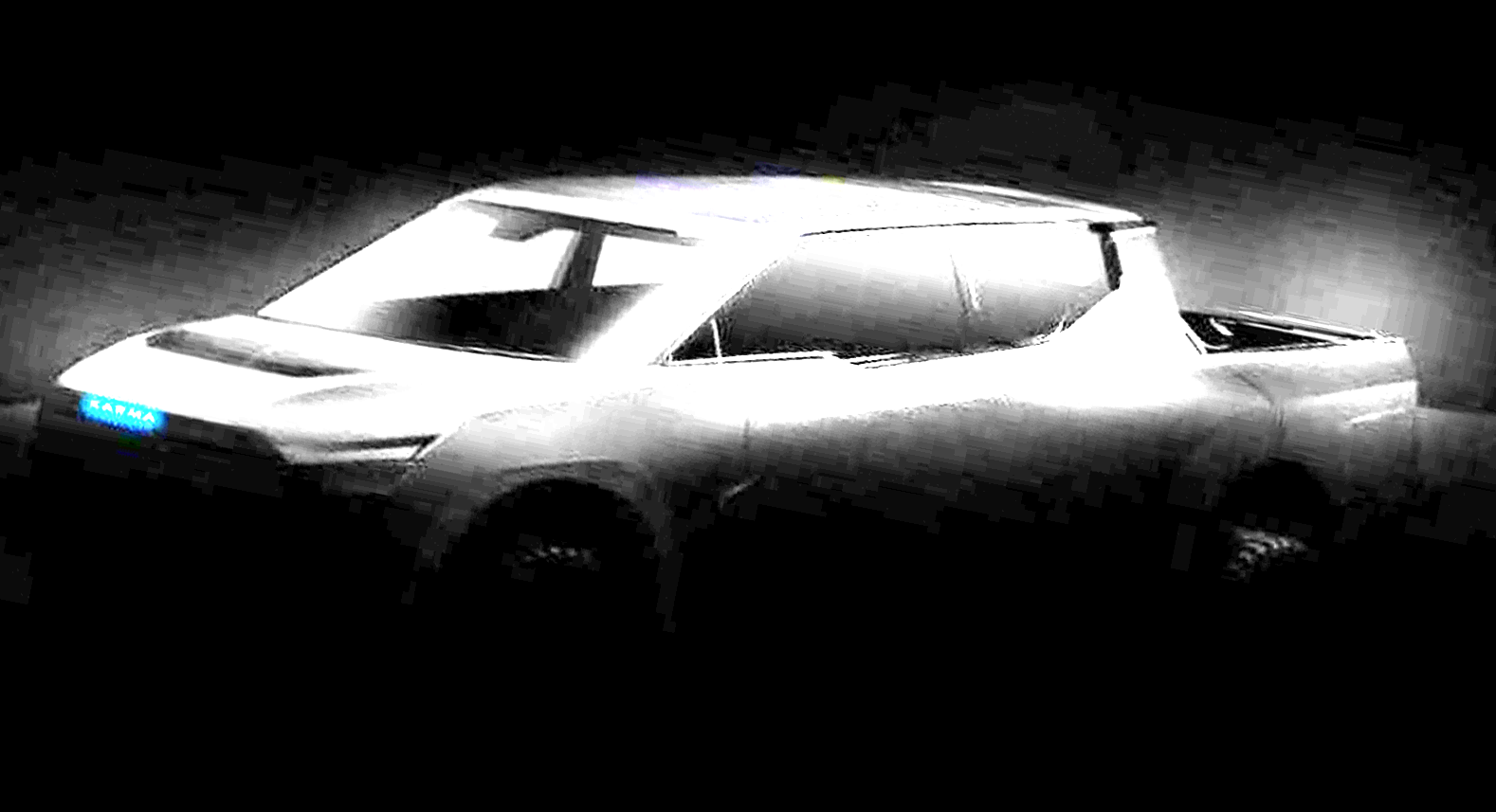 If we mess around a bit with the curves in Photoshop, we can see a bit more—for example, it appears to have wheels, always nice perk. I believe at this point what we’re looking at here is just a render, and if Karma has a platform of this size with AWD or 4WD and any significant amount of ground clearance, we haven’t seen it yet.

Bloomberg reports that Karma will show this concept sometime before the year is out, and while the company was considering a hybrid/range-extending drivetrain like they’re using on the Revero, more recent reports suggest an all battery-electric solution.

Of course, at this moment, it’s just a drawing, so don’t cancel your Cybertruck/Rivian/Bollinger/Electric F-150 reservations just yet.