In A Powerful Episode Of The Magicians, Eliot And Alice Try To Pick Up The ‘Beautiful Pieces’ 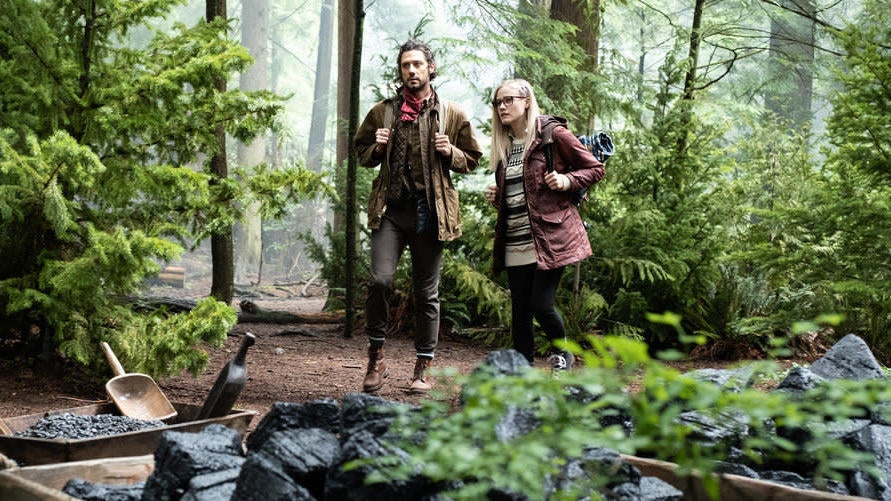 Gone but never forgotten, Quentin Coldwater continues to leave echoes on the latest season of The Magicians. Now it’s Alice and Eliot’s turn to take their final steps toward healing in what originally felt like a weird, unlikely team-up. But by the end, you realise it may have been the most natural and necessary thing this series could do for them.

Gone are the days when the Magicians attended school together or worked side-by-side to rule Fillory. Everybody is off doing their own thing, dealing with stories and character conflicts that I’m sure will converge at some point in the season. But right now, in the latest episode “Mountain of Ghosts,” the plethora of plot lines can get a little confusing.

After last week’s young Quentin mishap, Alice finds herself stuck with a piece of his essence that she needs to return in order for him to rest. She decides to head to Fillory’s Mountain of Ghosts, where she can drop it in a volcano to effectively bury Quentin and hopefully restore his broken soul. Seemingly out of nowhere, Eliot insists on accompanying Alice on her pilgrimage, even though it’s against her wishes as she’s there to mourn her true love.

The pair head out on the “Beyond the Wall Adventure Tour,” and it’s here we start to get a sense of why The Magicians brought these characters together in their own sub-quest. It’s because they have a lot more in common than even we realised, and not just because they are mourning someone they both fell in love with (although that’s a big part of it).

Both of them subconsciously view the other as a threat, an obstacle that got in the way of their true happiness with Quentin. This is mostly showcased through their mutual blame over his death. Alice angrily points out that Quentin died trying to save Eliot from the possession, and Eliot responds by saying it was her fuck-up that caused him to be possessed in the first place.

During their argument, their tour guide is killed by mysterious Fillorian creatures called the Takers. We learn that they physically take people and things, specifically things people value the most. Hey, Eliot, I wonder if you should keep a closer eye on Quentin’s soul piece, i.e. that thing both of you clearly value more than anything right now. Oops, nevermind.

One of the Takers absconds with the bag holding Quentin’s essence and Eliot gives chase, eventually getting saved by a mysterious and handsome stranger—played by Once Upon a Time’s Sean Maguire, sporting some gorgeous silver locks. (Side note: He also did double-duty as the literal sexist pig from the season premiere!)

The stranger (who I’m going to call Silver Fox for the time being) never gives his name but Alice and Eliot don’t seem to mind, choosing instead to get drunk as he regales them with stories of his adventures and shares how he’s on the “Sadderhorn,” an annual pilgrimage to mourn the love of his life. Alice talks about how much she loved Quentin but Silver Fox notices that Eliot is holding something back.

In a later private, sexual tension-fuelled moment, Eliot reveals (possibly for the first time) that he and Quentin shared an intimate connection. Silver Fox says Eliot shouldn’t feel the need to spare Alice’s feelings and should just tell her the truth because if she really loved Quentin she would understand how he felt too. In his eyes, Eliot’s truth would help Alice understand who Quentin really was. Or maybe he just likes stirring the pot.

However, in the end, he was right. After Alice dropped Quentin’s essence into the heart of the mountain, Eliot confessed the true nature of his and Quentin’s relationship. Of course, Alice already knew and understood that loving Quentin meant accepting he didn’t love only her. He couldn’t, because his capacity to love was so much bigger than that.

Then she calmly listens, tears in her eyes, as Eliot shares the “beautiful pieces” of the lifetime they’d spent together in the powerful “A Life in a Day” episode, and the two of them come to an understanding and share a bond over the person they both cared so deeply about.

It was a moment we don’t often see portrayed in media. In our society, there’s this notion that relationships should only be between two people, something that can be used as a way to discriminate against relationships seen as “nontraditional.” But love between consenting adults can take on many forms. The Magicians took something that would typically be treated as a bad thing and instead showed it as what it is: another part of this sometimes tricky, often beautiful thing we call life. 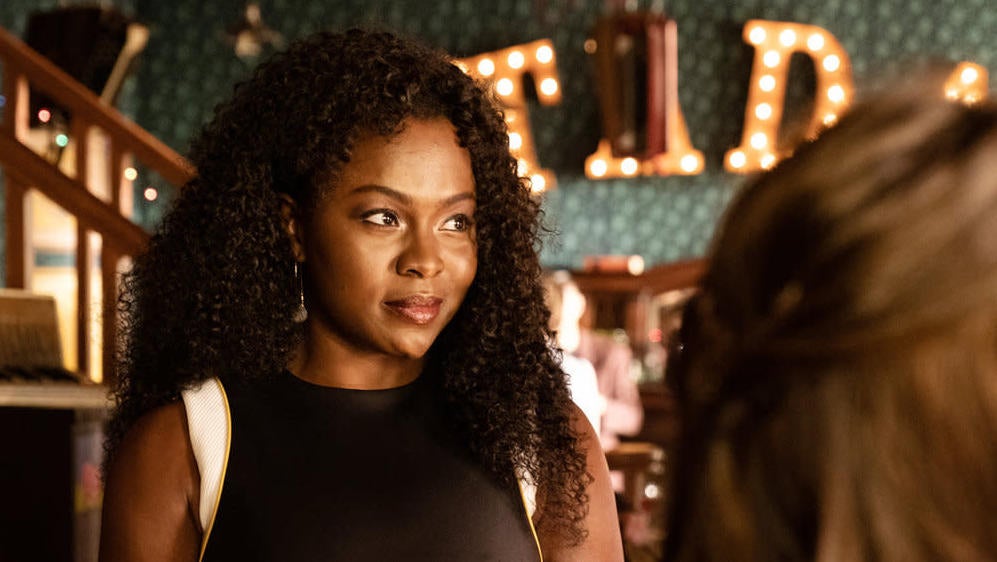 Elsewhere in Fillory and further, Margo is feeling guilty because Josh and Fen think she saved their lives with that letter telling them to jump into the future when, in fact, it was Eliot (Margo was going to let them die). Per usual for Margo, she responds to the pain by ignoring it, instead finding a problem so she can figure out its solution.

In this case, it’s that the Dark Lord has continued Josh and Fen’s annual tradition of recruiting a team of elite guards through hand-to-hand combat trials. Anyone who gets in has their slate wiped clean, including banishment, which happens to be an affliction Margo currently suffers from. Along with Werewolf PMS.

She and Fen compete (because KNIVES), with both of them making it into the guard. But uh oh, here comes that pesky institutional sexism to declare that only one woman can make it into the centurion guard. It’s here where things go haywire, as we learn that Fen is also suffering from Werewolf PMS. Yes, that means exactly what you think: Josh and Fen hooked up. Feeling betrayed and angry (mostly at herself for getting attached to Josh in the first place) Margo stabs Fen during their fight, thinking she killed her. Fen is ok, at least technically, in truth none of them are.

They all end up pissed off at each other after Margo confesses that not only did she try to murder Fen, she was going to let them die in the past. Plus, she’s pissed they slept together. This could’ve easily become a soap opera situation, but the show handled this conflict so well. It recognises that Josh and Fen are consenting adults, but it’s still ok for Margo to feel betrayed about the whole situation. As Margo herself puts it, she’s allowed to have a complicated emotion.

Meanwhile, Julia and Penny are trying to figure out the source of the power surges, eventually getting help from a statistical prognosticator named Daniella who, along with her sisters, saved the world from total destruction about a decade ago. Her lone surviving sister Zoe (played by American Gods’ Yetide Badaki) wants out of the game, but Danielle promises to help—delivering the shocking news that the world is about to face a cataclysmic event that’ll put the extinction of the dinosaurs, Pompeii, and the invention of autotune to shame.

But that’s not the only problem. The episode ends with Alice and Eliot learning that the Silver Fox who’d shown them so much kindness and empathy was none other than the Dark King, the immortal lord who’d deposed High King Margo and changed Fillory forever. Oh, and Eliot almost fucked him. Whoops! We’ll see how that revelation changes and complicates things next week.