Google Says It Is Prohibiting Political Ads for a Week After...

A box of influenza vaccines, about to be used during a free vaccination event in Los Angeles, California held October 17, 2020. (Photo: Damian Dovarganes, AP)

A Flu Vaccine May Provide Some Protection Against Covid-19, Dutch Study...

There Are No Covid ‘Internment Camps,’ in Canada or Anywhere Else

Tropical Storm Zeta moves away from the Yucatán Peninsula and over the Gulf of Mexico. (Gif: CIRES/NOAA)

If You Make It To 2083, You Could Witness Two Stars Collide 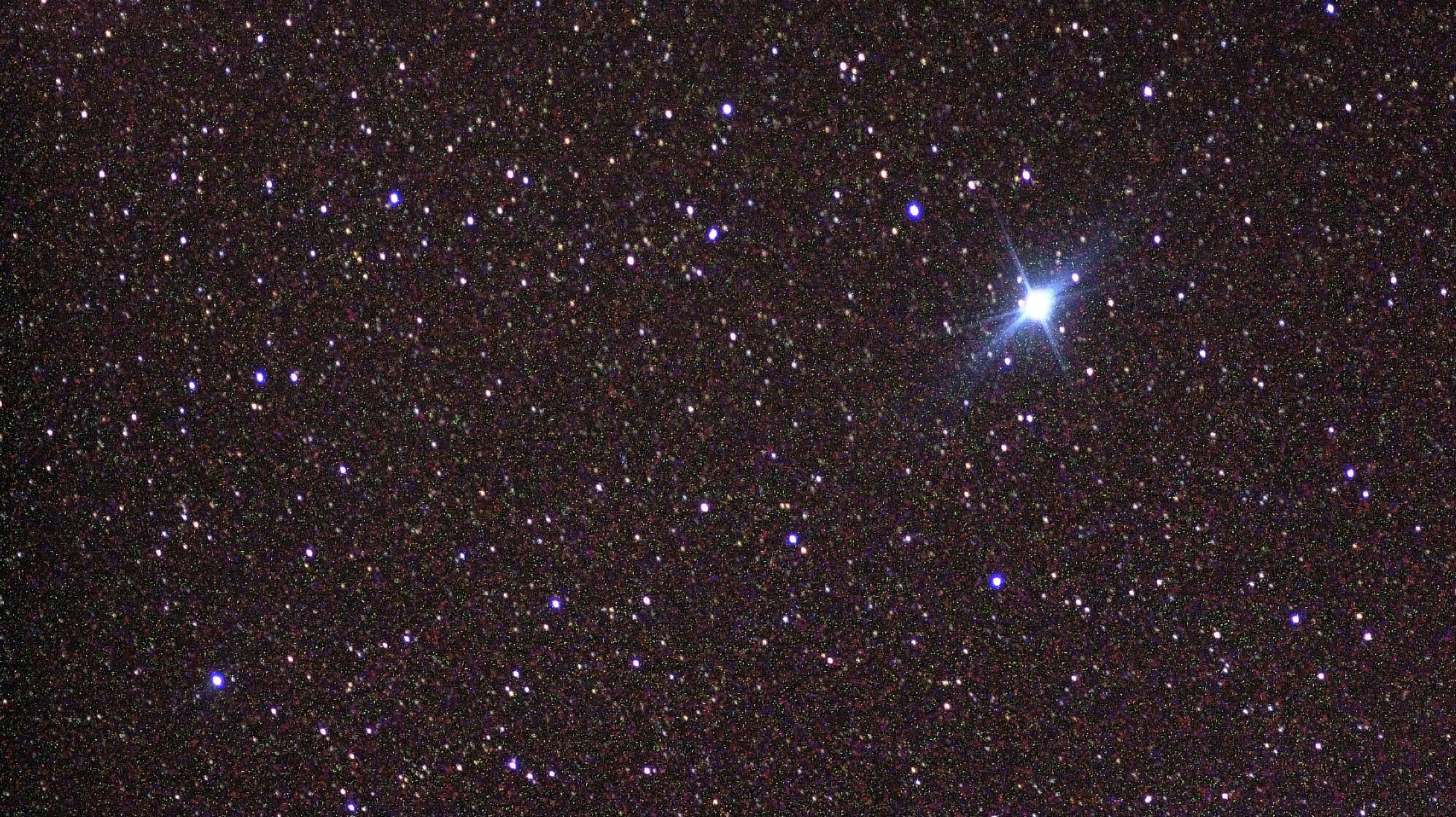 Canopus, the second-brightest star in the night sky. Maybe V Sagittae will look like this! (Photo: <a href="https://spaceflight.nasa.gov/gallery/images/station/crew-6/hires/iss006e28068.jpg">NASA</a>)

Scientists have predicted that a pair of stars in our galaxy will collide, producing an explosion that will temporarily become one of the brightest objects in the night sky. They don’t know exactly when it will happen, but they estimate it will be later this century.

V Sagittae is an unassuming and faint pair of stars 1,100 light-years away in the constellation Sagitta. The system has brightened regularly since 1890, suggesting that the stars are approaching each other as one loses matter to the other. Researchers at Louisiana State University have made a new set of calculations, placing a year on when the stars will collide and produce an explosion visible from Earth: 2083, give or take 16 years.

“For maybe a few weeks, it will be the brightest stellar object in the sky,” Juhan Frank, one of the calculation’s authors and a professor at LSU, told Gizmodo. “It may even shine brighter than Venus, though those predictions are uncertain.”

V Sagittae is a cataclysmic variable, a system containing a normal star that orbits and spills matter onto a dense stellar corpse called a white dwarf. Though this object is dim when seen from Earth, it’s one of the brightest objects of its kind. Typically, the white dwarf is the heavier object in the pair, but in this case, the regular star is heavier.

The team reviewed observations made of the star since 1890, and two independent databases showed that the object has grown 10 times brighter since then. They included this information in a mathematical model, which predicted that the star would deposit an increasing amount of material onto the white dwarf, eventually causing it to spiral inward and release an enormous amount of energy that will make it shine brightly for weeks. It will then dim into another object, which Frank guessed would be a red giant star, though he couldn’t say for sure. The researchers presented their work at the 235th American Astronomical Society meeting in Honolulu, Hawai’i.

This is still a prediction, based on the assumption that the behaviour seen over the past 120 years is the correct representation of the evolution of the binary and that nothing strange will happen otherwise. Predictions can be and often are wrong. Indeed, scientists have already cast doubt on a similar 2022 prediction for a nova potentially visible from Earth.

But the researchers we asked to review the calculations found the work entirely plausible. “V Sagittae has been on record for a long time as a unique cataclysmic variable system, with a companion star far more massive than any other and a white dwarf brightness far greater than any other,” Larry Molnar, professor at Calvin University, told Gizmodo in an email. “The LSU group has brought these unique properties out of obscurity, added a new piece to the puzzle (the brightening over the past century), and drawn the only conclusion consistent with all we know (that there should be a massive outburst towards the end of the century).”

Michael Shara, curator and professor in astrophysics at the American Museum of Natural History, also found the work reasonable. He felt the error bars (that the collision will occur within 16 years of the estimated date) were probably a little too small and pointed out that the model still ignores some potential effects. For example, it’s possible that the white dwarf growing brighter will in turn alter the rate that it eats up the other star’s mass. Still, he told Gizmodo in an email, “The ability to PREDICT such an event, decades in advance, speaks to the power of relatively simple and elegant physics.”

The LSU team expects that other astronomers will challenge their work, especially with the added press attention. But if it continues to hold up, we can expect a real show that many Gizmodo readers will hopefully be alive to see. Let’s cross our fingers we’re all still around by (and that light pollution hasn’t completely drowned out our view of the cosmos).