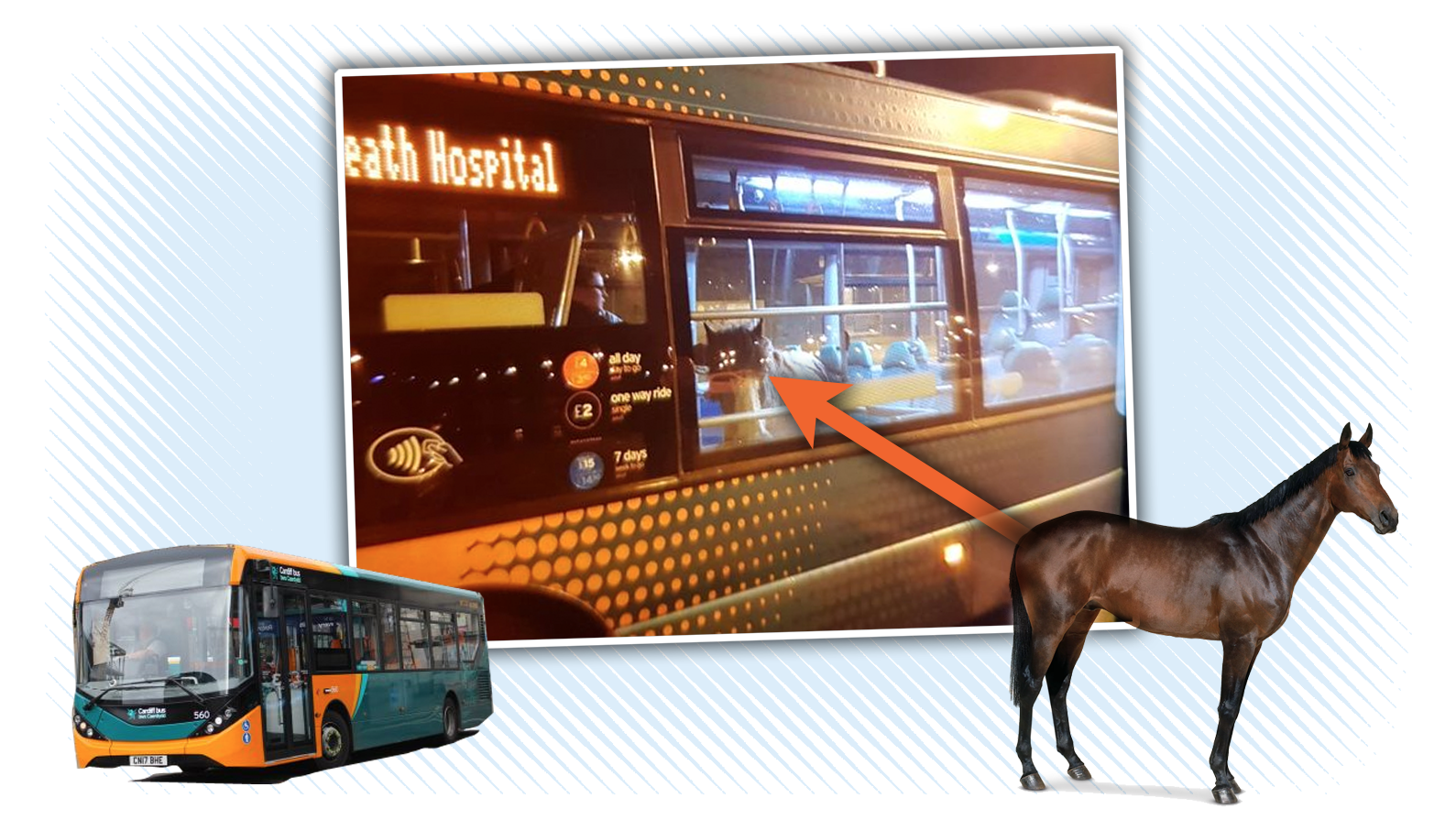 A horse was found wandering around on the A48 road in Cardiff, Wales, in busy traffic, causing traffic slowdowns and even being struck by at least two cars and a van. Luckily, the horse was unharmed, but still very confused and, like so many horses today, didn’t seem to have a plan to get out of the damn road. So they stuck him on a city bus.

The horse, who carried no identification and refused to comment, finally caught a break when two women, Olivia Ryall and Harley Stephens, stopped their car and stopped and redirected traffic in an attempt to get the horse to safety.

The horse’s owners were located, but the horse needed to be transported to meet them nearby, and to be taken away from the busy street. No empty horse trailers were around and handy but there was a city bus nearby, which led to this exchange, as reported by one of the horse-helping women in a Facebook post:

“Then the bus driver asks “shall we put the horse on the bus?”

Well why the fuck not drive, take it away! So I get this horse on the bus, drive it to the bus depot and let it go on it’s merry way after christening him Harley Pony-son.”

The horse was able to enter the bus easily via the wheelchair ramp. Thankfully, we live in a glorious age of near-constant documentation, so there’s a video of the horse riding the bus:

It does appear the horse relieved himself on the floor of the bus a few times, but, come on, who among us hasn’t?

The horse rode about five minutes on the bus to meet his owners, and all ended up basically ok, except for the damage to the cars that hit the horse, I suppose, though I’m pretty sure the horse wasn’t crazy about that, either.

A loose horse on the 'mane' A48 Eastern Ave decided it wanted to 'stirrup' a little trouble but in doing so it risked falling 'foal' of the law.

It then decided to alight an @Cardiffbus
which was on it's way to the Heath Hostable!

How the horse got free in the first place is not yet clear, and the horse has offered no useful information.