Don’t Worry, Ghostbusters: Afterlife Will Have Plenty Of Comedy 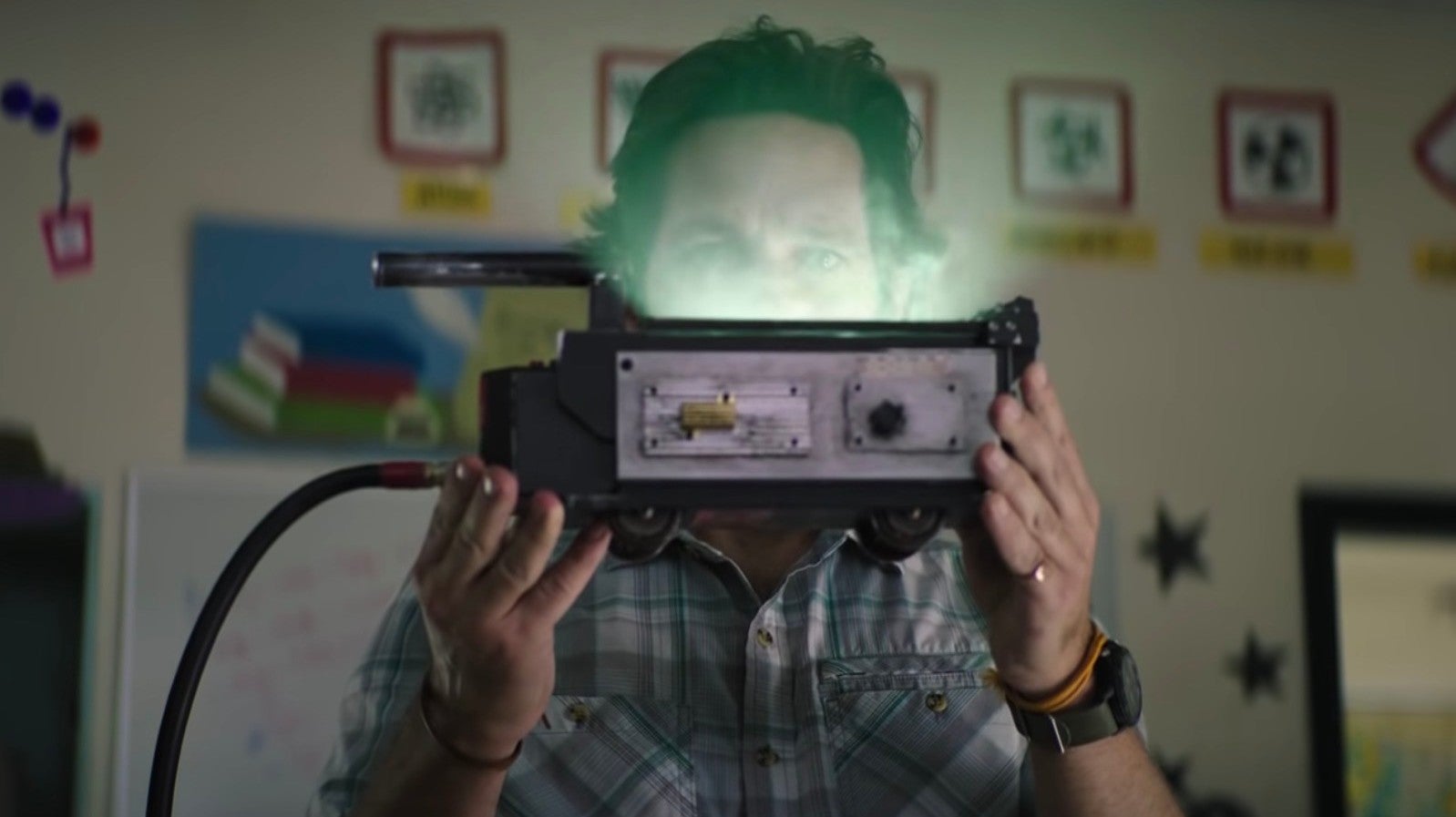 It’ll have plenty of nostalgia, yes, but <em>Ghostbusters: Afterlife</em> will have comedy too. (Photo: Sony Pictures)

When the first trailer for Ghostbusters: Afterlife was released, there was no doubt that it would contain high levels of nostalgia. From the dialogue to the music and set dressing, it was plainly obvious this direct sequel to Ghostbusters 2 was going to satisfy fans who love all things Ghostbusters.

The bigger question was, would it understand what made Ghostbusters great in the first place? Those first two films were revered not just because of their memorable iconography, but because their mythic, grand adventures unfolded within the structures of goofball 1980s comedies. And the first trailer for Afterlife was very, very light on anything resembling comedy.

Well, fret not, fans of Ghostbusters. Speaking to The Hollywood Reporter, Afterlife co-star Finn Wolfhard made a point to explain that the trailer doesn’t quite do the movie justice. “The trailer only showed some of it, but it’s a Ghostbusters movie. So, it’s a really funny film,” he said. “Every scene has comedy in it. I’m excited for people to see more of the humour in the movie.”

In Afterlife, Wolfhard (best known for Stranger Things and It) plays Trevor, the son of Callie (Carrie Coon) and brother of Phoebe (McKenna Grace), who are probably all related to original Ghostbusters character Egon Spengler. Wolfhard’s description of his character gives us a hint as to where some of that humour comes from.

“Yeah, he’s a pretty dumb character,” Wolfhard joked. “It’s not that he’s written dumb, he’s just a dumb teenager and totally naive. Everything is way over his head. He’s obsessed with cars and girls. So, it’s really fun to play him.”

With many trailers, TV spots, interviews, and more to come before the July release of Afterlife, eventually it’s bound to become very clear what tone this movie is going to take, as well as more hints about its narrative. For now, though, we’ll have to take Wolfhard’s word that co-writer and director Jason Reitman really nails what makes Ghostbusters “Ghostbusters.”