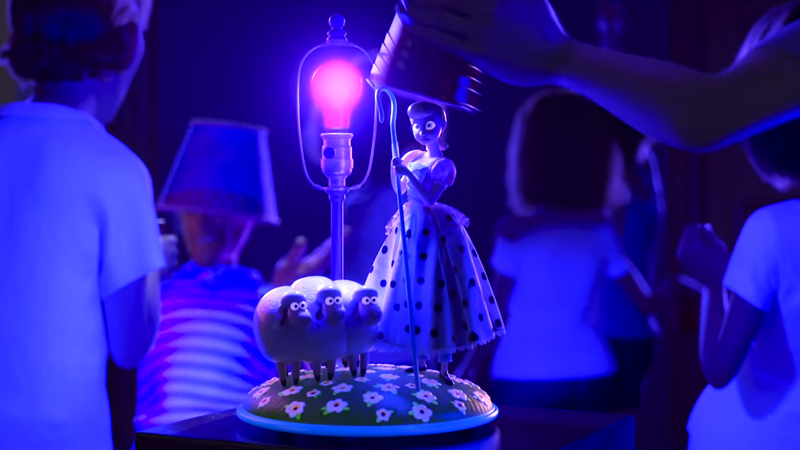 Sadly that’s not the actual name of Pixar’s newest short. It’s Lamp Life, a cutesy new bit of narrative set after the events of Toy Story 4—which saw Woody give up his life with Bonnie and his fellow toys to forge his own identity alongside the self-liberated Bo—that will see Bo explain to Woody just exactly what she was up to between the events of Toy Story 2 and Toy Story 4.

Turns out, an awful lot can happen to a porcelain lamp of a shepherd and her sheep, especially a sentient one.

Those things include, as the trailer shows, everything from being thrown away to being set on fire by a faulty bulb, being attacked (and stroked) by cats, and…showing up at a kegger?

You can see why Bo left the shelf life behind her, really. Although Toy Story 4 provided more than enough context for Bo’s arc, this is a fun way to provide a little extra something…even if it’s the sort of thing that, at one point, you might have imagined as coming as a bonus feature on the home release. Now, it’s something you’ll have to sign up to Disney+ for—Lamp Life premieres on the streaming service starting January 31.