What’s Going On With Betelgeuse? 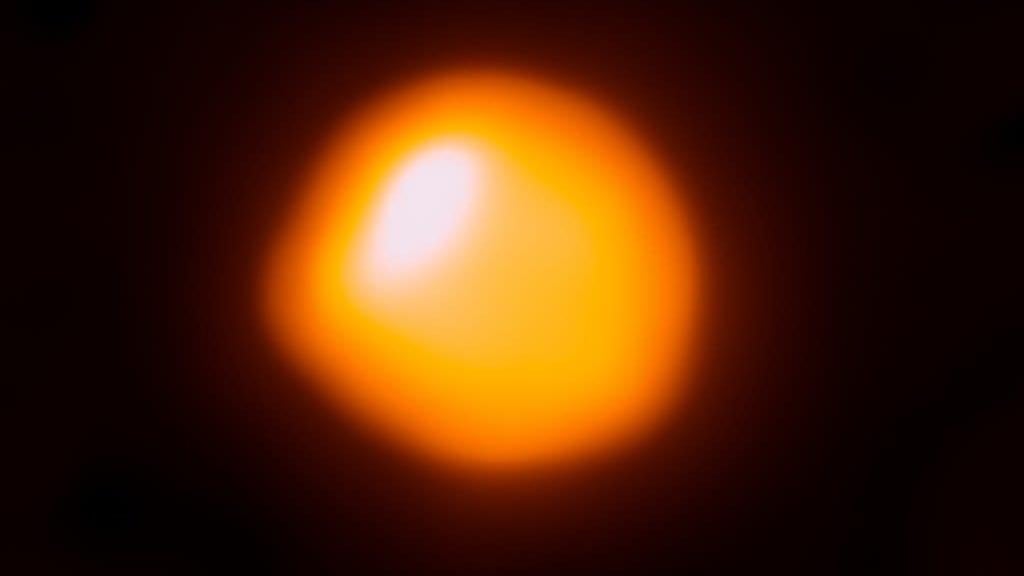 Social media and news headlines are ablaze with talk of the red giant star Betelgeuse since astronomers noted that it’s growing fainter than ever before. Yes, the red giant star is growing closer to the end of its life, and that end will likely be explosive.

But is Betelgeuse about to go supernova? The answer is complicated, but in short, probably not. The dimming could well be the result of the star’s typically variable behaviour.

Betelgeuse forms the top-left corner of the constellation Orion, and is among the brightest and recognisable stars in the sky. It also massive, weighing perhaps 20 times mass of the Sun. It’s radius is also around 900 times that of the Sun’s as well. If it were in our own solar system, it would engulf the closest four planets.

It’s relatively young at less than 10 million years old, but its colour demonstrates it’s far along in its life. Given its large mass, astronomers expect that the star will die in a fiery supernova. It’s exciting to imagine what a nearby supernova would look like. Betelgeuse might collapse, shining brighter than our Moon in the sky for weeks or more. But don’t expect such an event soon.

Astronomers have been talking about the star growing dimmer, or “fainting” in sciencespeak. Betelgeuse already varies in brightness, from a magnitude of 0.0 (around the brightness of the fourth brightest star in the sky, Arcturus) to a magnitude of 1.3, slightly brighter than the planet Mars. But the fainting that began in October was quick, and the star is no longer in the top 10 brightest stars in the sky. In fact, the star is now dimmer than ever observed before.

Tying the fainting to an impending supernova is an exciting idea, but there are plenty of other options to consider first. EarthSky.org reports that chemical processes on the star’s surface might change its brightness—so too might gas or dust obscuring it. Perhaps multiple cycles of dimming have all aligned. Material moving around the star’s surface could also be behind the dimming according to National Geographic.

Of course, it would be amazing if Betelgeuse went supernova (and no, it would not harm us here on the Earth). But if we’re going to be appropriately sceptical, there are other more mundane possibilities that astronomers must rule out before settling on the most spectacular one—and we already know that dimming and brightening is simply part of Betelgeuse’s regular behaviour. Astronomers do expect the star to go full supernova n perhaps the next 100,000 years (though at 640 light-years away, we won’t see the explosion until centuries after it happens). But that doesn’t mean the current dim spell means a supernova is imminent.

I’d like to see a supernova as much as you. But even if we still have eons to go for Betelgeuse to go, there are plenty of other stars in the sky. University of Toronto Astrophysicist Yvette Cendes noted on Reddit that Eta Carinae may be our best bet for the next one.