Watch The Sun Turn Into A Ring Of Fire Here Tonight 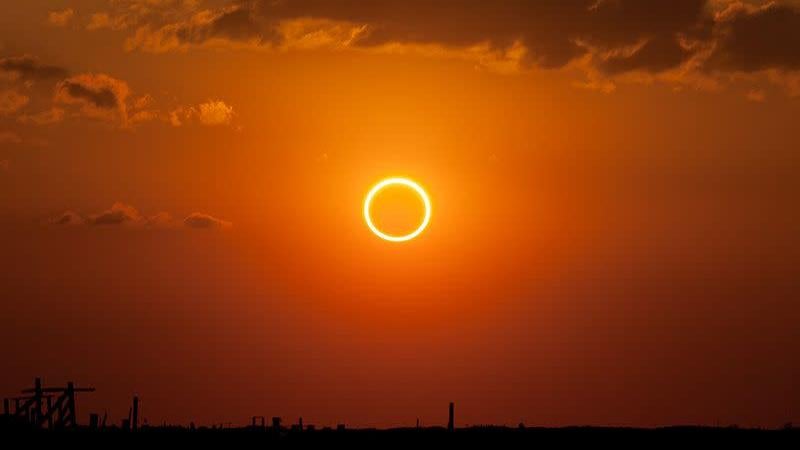 If you’ve got nothing to do tonight, you can watch the Slooh livestream below, which begins at 10:00 p.m. EST.

During total solar eclipses, the Moon completely covers the Sun, leaving behind just the glow of the solar atmosphere, or corona. But annular solar eclipses, when the Moon can’t completely cover the Sun, occur because the distances between celestial objects change due to the eccentricity of their orbits. At its closest, or perihelion, the Earth’s orbit takes it approximately 91 million miles from the Sun in January. The Sun looks largest in the sky during perihelion. At its furthest, or aphelion, the Earth is around 94.5 million miles from the Sun, and the Sun looks its smallest in the sky. Meanwhile, the Moon ranges from 225,000 miles away at its closest, or perigee, to 252,000 miles at its furthest, or apogee.

EarthSky.org reports that during this year’s annular eclipse, the Moon will be at approximately its average distance to the Earth, while the Sun will be near its closest. An average-looking Moon isn’t enough to totally cover an especially big Sun.

This eclipse is the only annular eclipse of the year, though a total solar eclipse occurred on July 2, 2019, which passed over South America including one of the United States’ observatories in Chile. Another annular eclipse will occur on June 21 next year, and will also be mostly visible from the Eastern hemisphere.