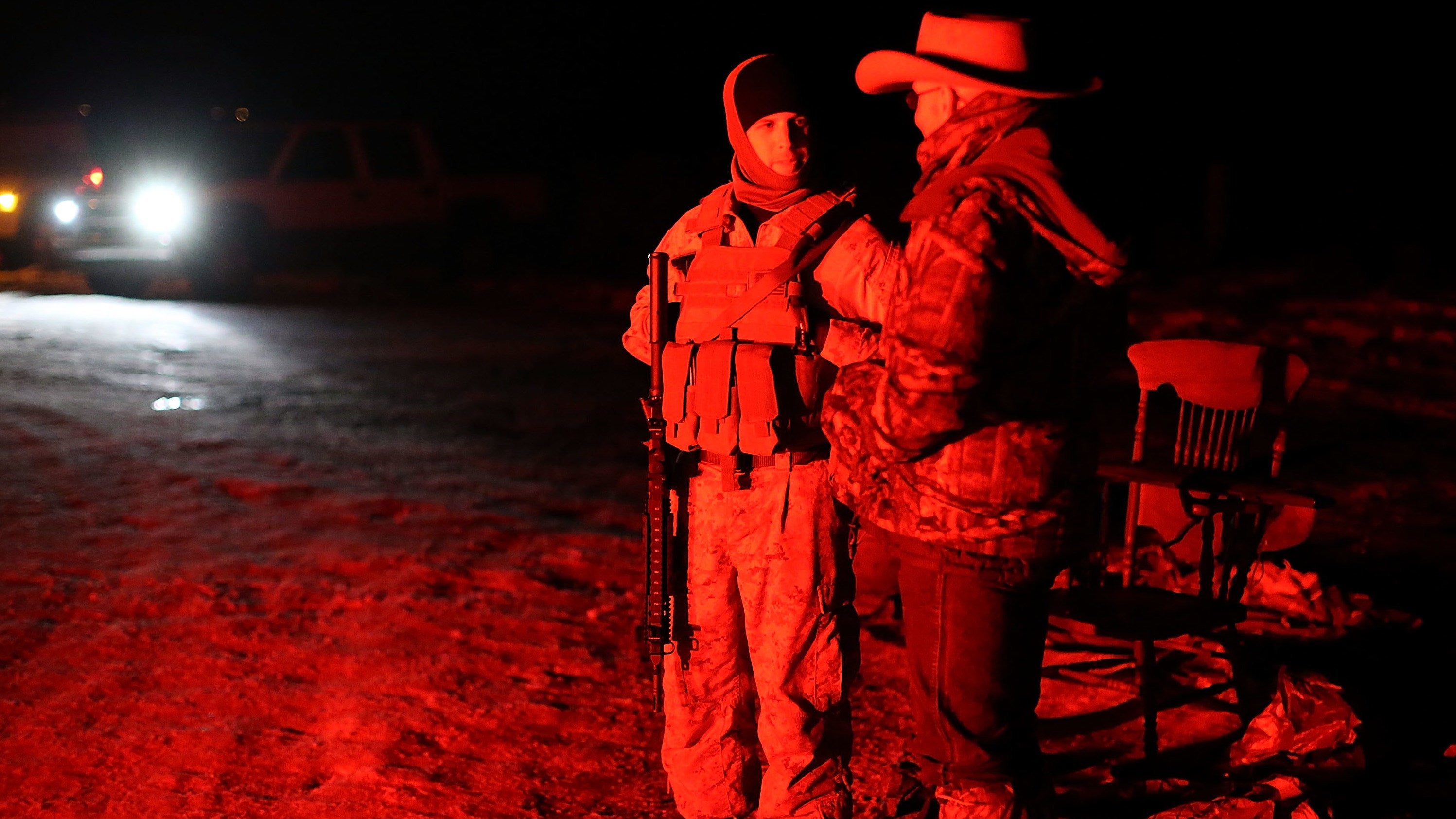 Domestic terrorists who took over the Malheur Wildlife Refuge in 2017. (Photo: Getty)

When domestic terrorists took over the U.S.’s Malheur Wildlife Refuge in early 2016, the face of the takeover was rancher Ammon Bundy. But it turns out a good chunk of the planning going on behind the scenes was done by someone with a little more power: Washington State Representative Matt Shea.

A new report commissioned by the Washington House of Representatives dove into Sheaâ€™s background and found he â€œparticipated in an act of domestic terrorism against the United States.â€ Shea also took part in Nevada standoff with right-wing extremists who refused to pay fees for grazing on federal lands. If youâ€™re a Washingtonian, these are your tax dollars hard at work. If youâ€™re an American, this is a view of the environmental fringe creeping closer to the heart of the Republican party.

The report is a damning indictment of Sheaâ€™s connection with right-wing extremists who want to dissolve the federal governmentâ€™s land management agencies and turn the West back into the Wild West. It shows Shea actively planned the takeover of the refuge, communicated with extremist groups using encrypted messaging, and offered to use his powers to run background checks on political rivals.

Shea called the Malheur takeover â€œOperation Cold Reality,â€ and provided what he described as a â€œmilitary style planning briefâ€ to the domestic terrorists who took over the refuge, the report found. It also shows he shuttled information to militia members about actions law enforcement was planning and referred to the Bureau of Land Management as â€œterroristsâ€ even as he engaged in what the report characterised as terrorist activity. His communications were authored under his code name â€œverumbellator,â€ which is Latin for â€œtrue warrior.â€

Sheaâ€™s close involvement in the Malheur Wildlife Refuge confrontation is only a fraction of the 108-page report. In addition to facility a terrorist takeover of federal land, it found, Shea also outlined the â€œBiblical Basis for War that advocated for the replacement of US democracy with a theocracy and killing of all males who do not agree,â€ and advocating for destroying the U.S. and replacing it with a theocracy that sounds an awful lot like the Gilead in the Handmaidsâ€™ Tale. He also said in a Signal message to militia members and leaders that talk about sending KierÃ¡n Suckling, the head of the Centre for Biological Diversity, a wolf tail and balls was â€œnot something to put out electronically. We need to meet f2f [face-to-face].â€

All of this is, patently, fucked up and chilling. Shea, after all, is an elected official trying to overthrow the government. Washingtonâ€™s Republican leaders have said Shea should resign, stripped him of his assignments, and scrubbed him from their website. Itâ€™s easy to write off Shea as an outlier since extremists are by definition extreme.

But to write him off as a lone wolf or total weirdo is to ignore the reality the Republican Party is turning into in 2019. The idea of â€œtaking backâ€ land has been alive and well in the Republican Party at the federal level for years and had proponents like Rob Bishop, the chair of the freaking House Natural Resources Committee, until Republicans lost in the 2018 midterms (heâ€™s still the ranking member). Itâ€™s basically just a politer, less violent version of Sheaâ€™s views.

And that doesnâ€™t even begin to scratch the surface of the violence of Republican climate denial and the pain it inflicts on vulnerable populations. Republican state senators in Oregon bad faith responses to the Green New Deal. This is violence by inaction and delay. It may not come with a side of AK-toting, flag-wielding cosplay, but itâ€™s just asâ€”and in some waysâ€”more destructive. 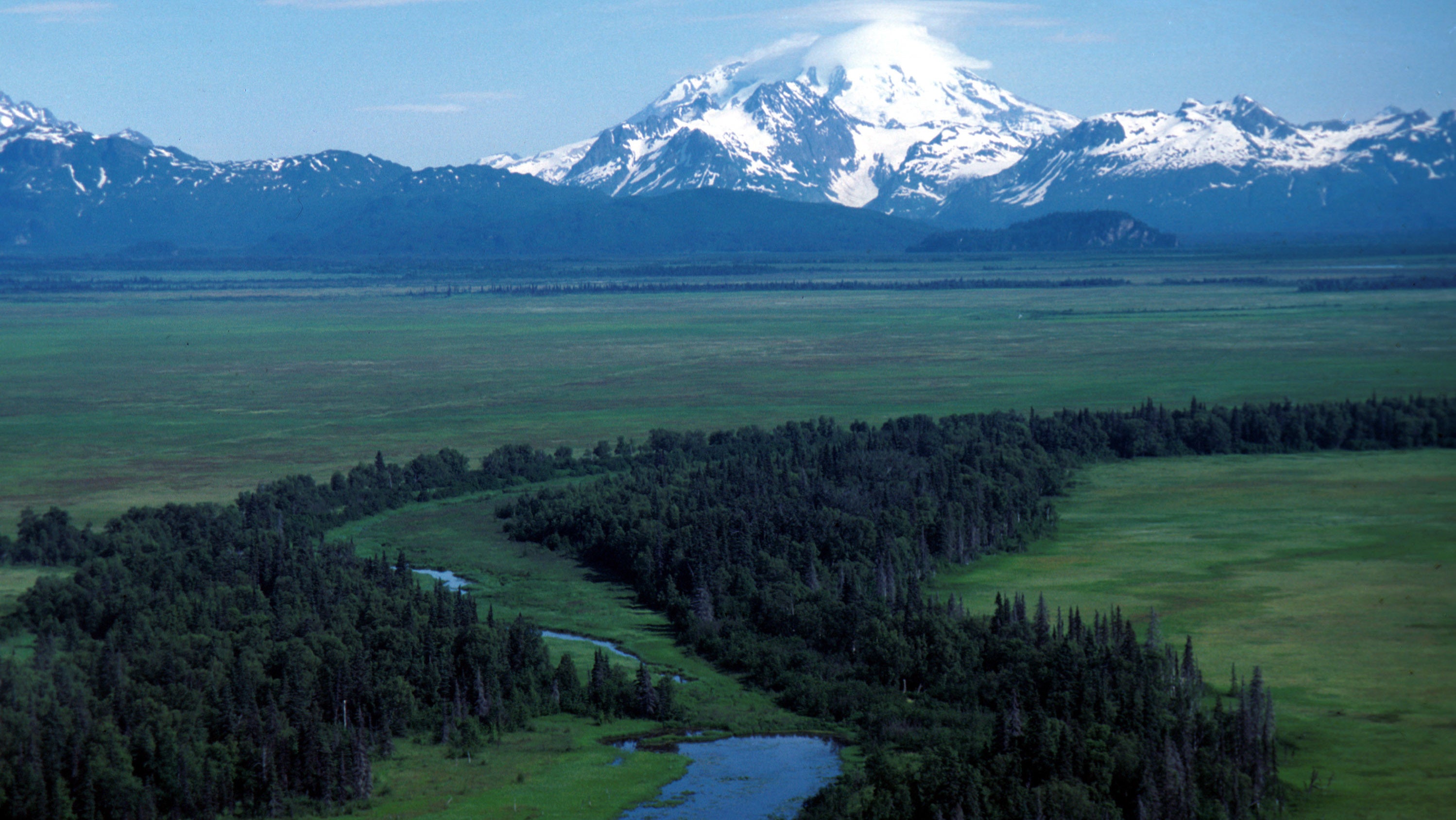 The Arctic National Wildlife Refuge (ANWR) is a nearly 20 million-acre large national treasure. Itâ€™s the largest piece of untouched land in the U.S., home to polar bears, Porcupine caribou, and migratory birds. But it wonâ€™t be pristine for much longer if President Donald Trump has his way.