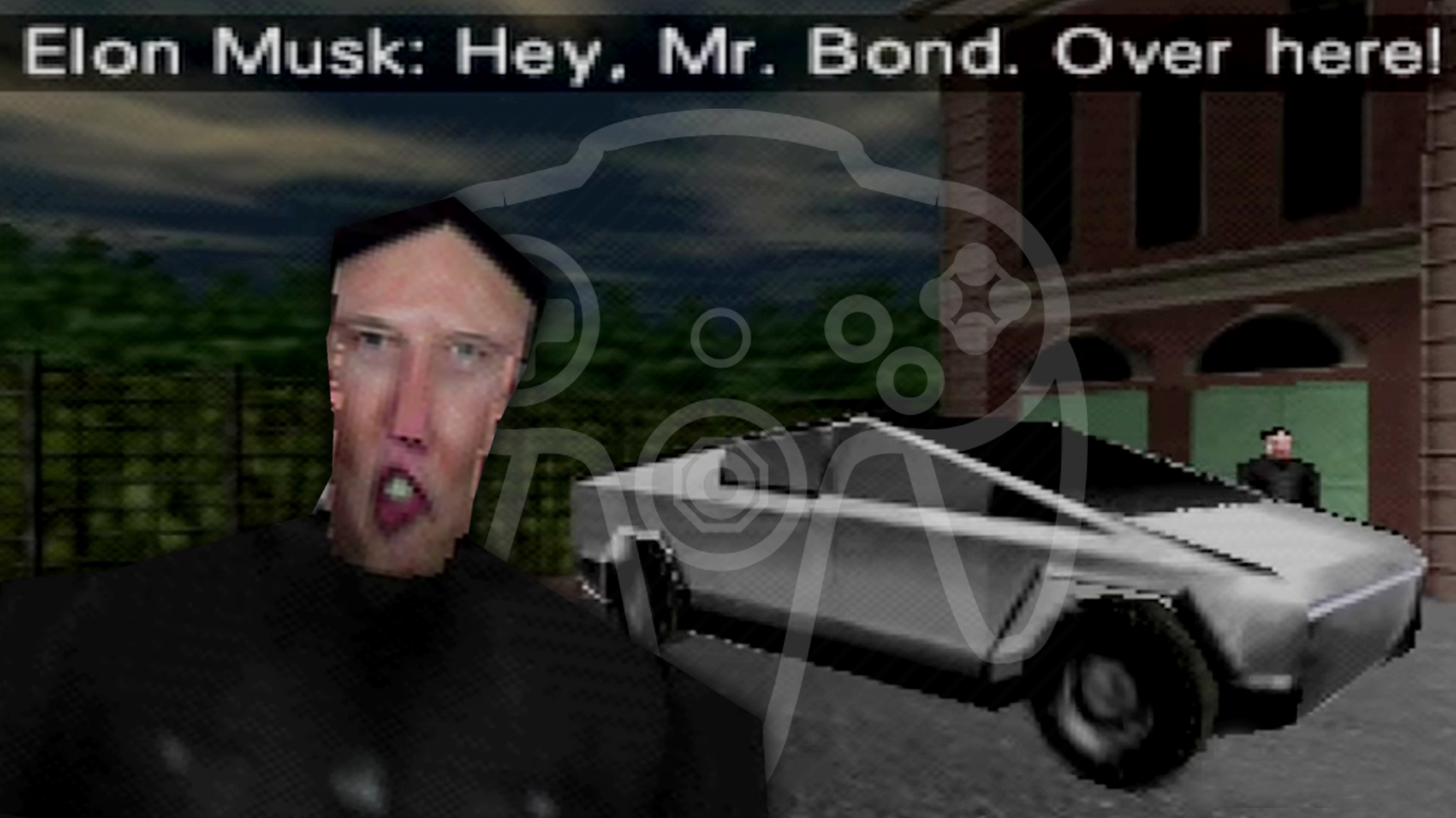 Ever since we first saw the Tesla Cybertruck unveiled on that stage, even before it had its windows smashed, the first thing I (and likely many others) thought of was that, damn, this thing looks like the kind of low-polygon model we used to have in 1990s early 3D video games. Well, now that passing thought has become a passing reality, since some enterprising hacker managed to stick a Cybertruck into the famous 1997 Nintendo 64 James Bond game, Golden Eye. It fits right in.

The same modder, who goes by Graslu00, also worked Elon Musk into the game, and he’s delightfully low-poly as well! And terrifying! 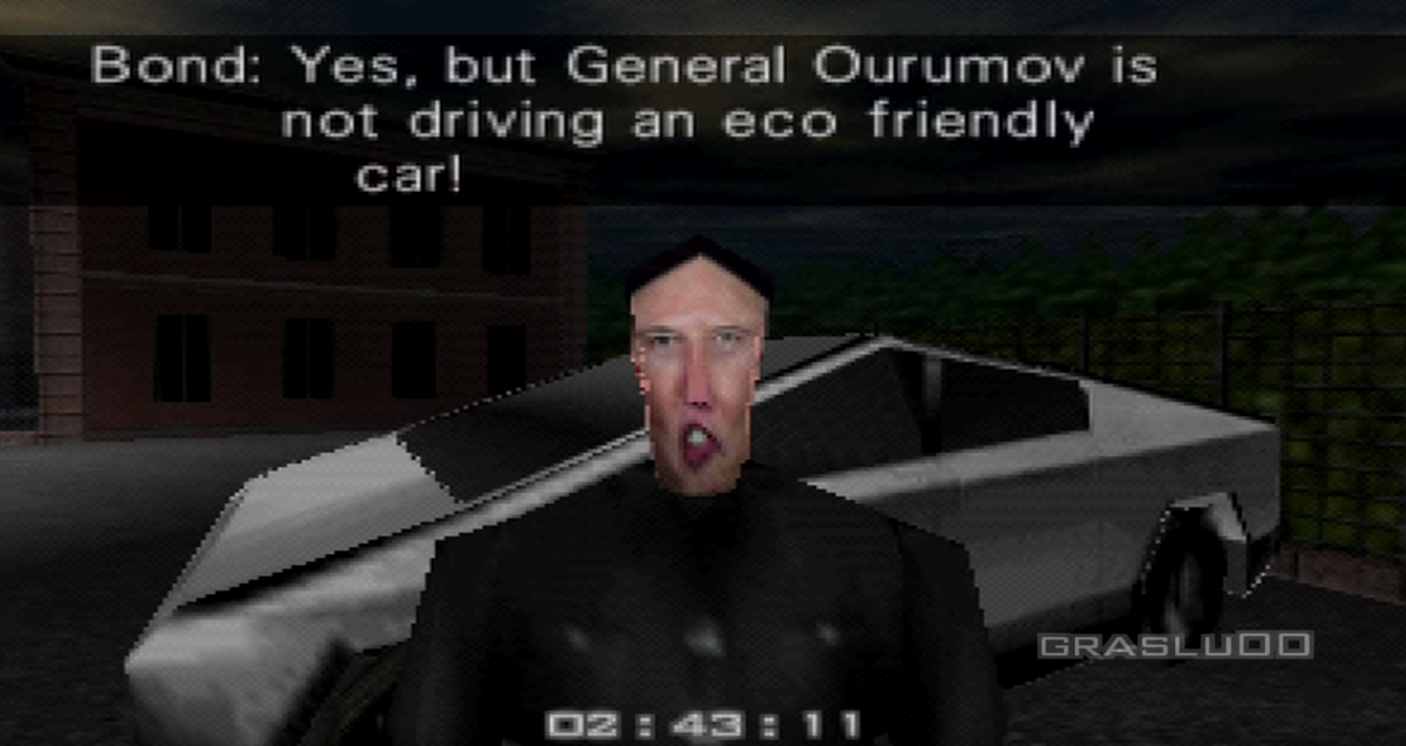 Anyway, here, watch this video capture of the Cybertruck and Elon in the game:

Man, that looks right at home there. Tesla should be proud that they designed a truck that’s so able to blend into a 1997 Nintendo game. Most mainstream carmakers lose sight of goals like this. 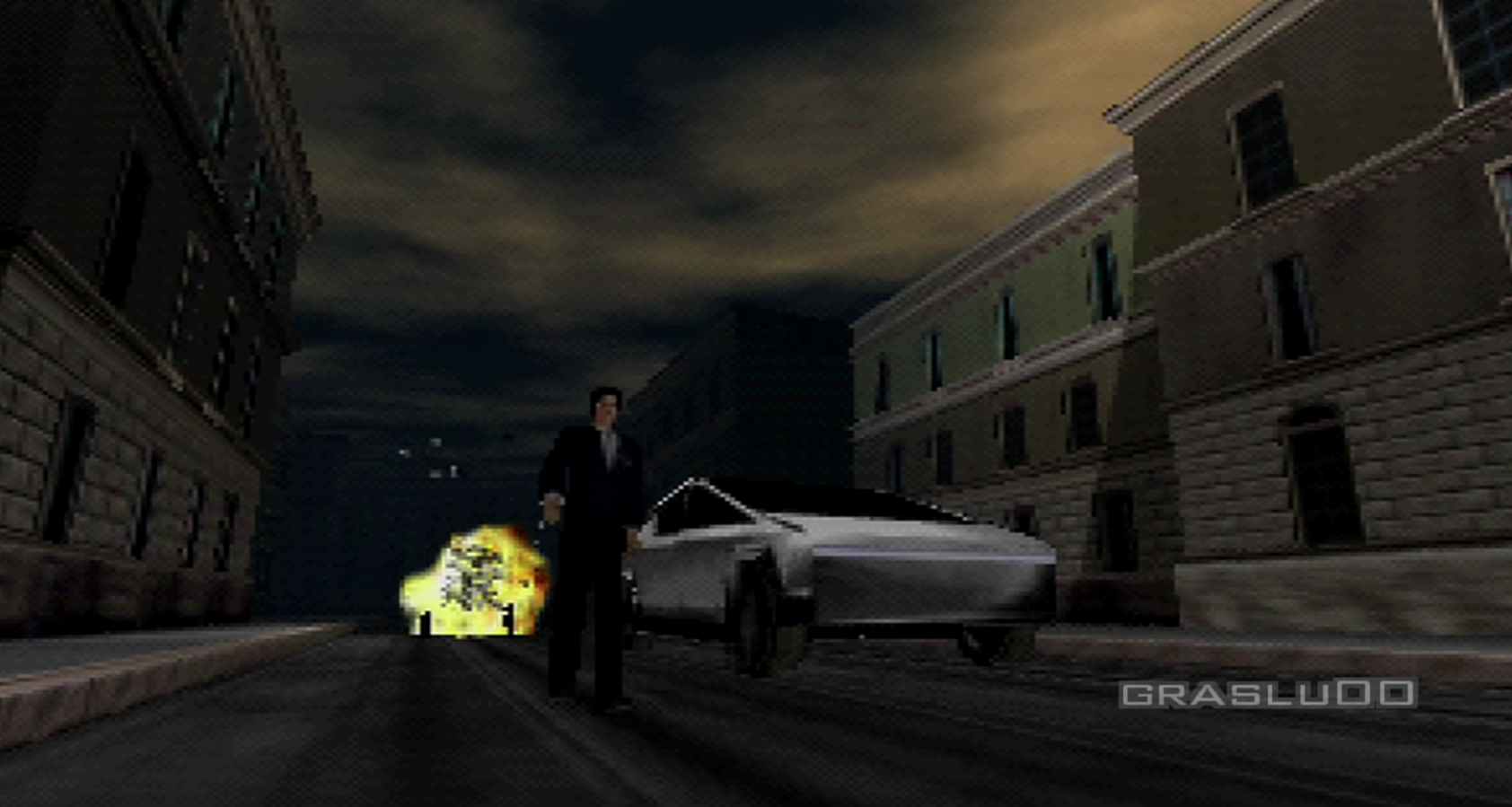 Look how good low-polygon Bond looks walking away from a pixelated explosion, by that sweet, angular beauty. Hell yeah.

Elon, if you’re reading this, reach out to this guy so you can make this mod an Easter Egg on the dash screen of the Cybertruck. You know you love this kind of shit.