Should You Be Allowed To Copyright A Law? We’re Going To Find Out 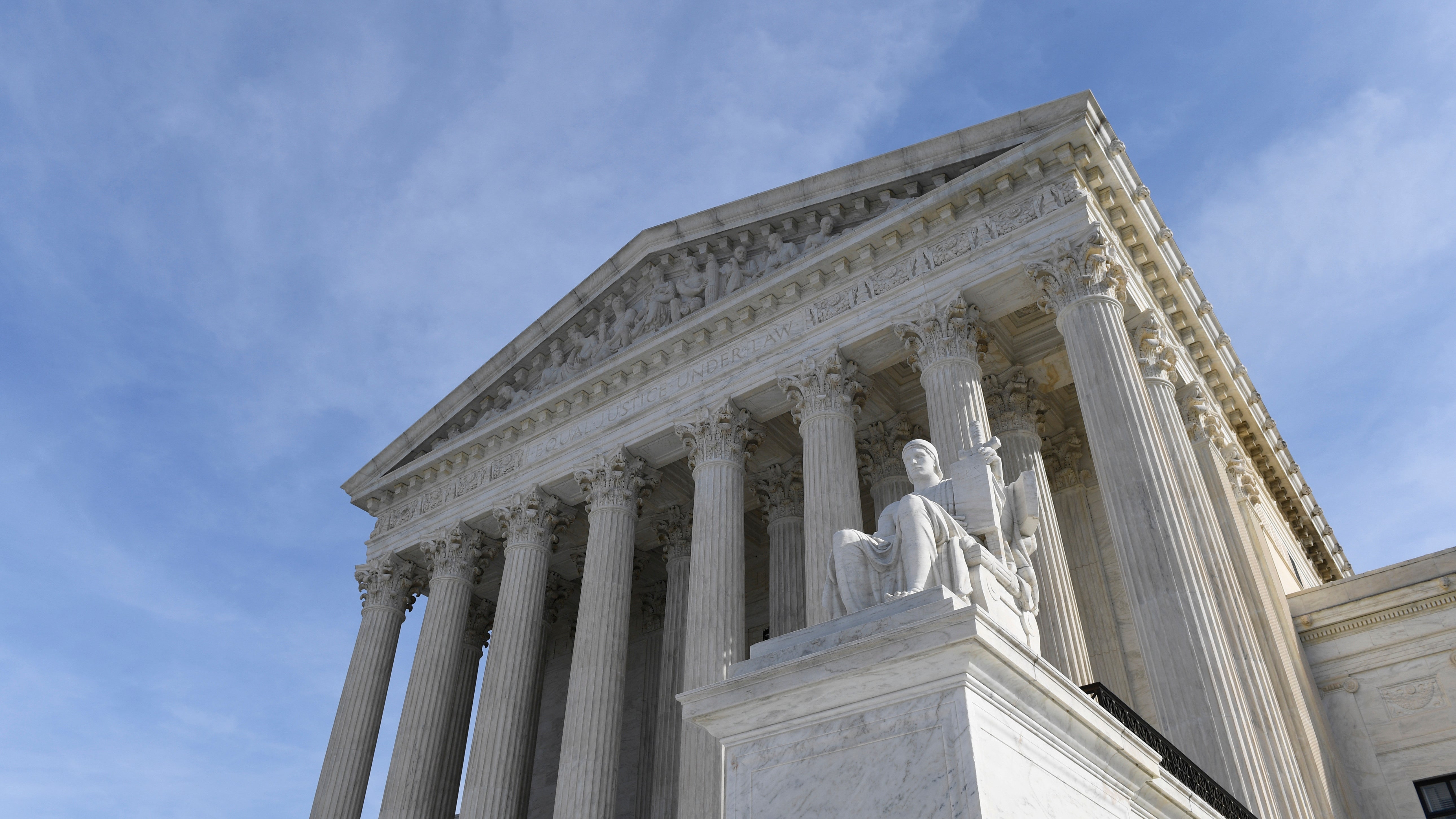 Copyright law, boring on its face, has posed various unprecedented threats to intellectual freedoms in recent internet history. It threatens to kill our links, kill our news, kill our memes, kill our precious videos of babies dancing to Prince. And yesterday, the U.S. Supreme Court considered the momentously stupid question: should you be able to paywall a law?

The answer is no!!!!, but Georgia asked it anyway. This came up in 2015, when the state of Georgia filed a lawsuit against the nonprofit Public Resource (Public.Resource.Org Inc.) for publishing a paid copy of the 54-volume Official Code of Georgia Annotated; until this point, the state has been exclusively distributing the volume for a paid sum through LexisNexis. (Previously, Public Resource has lobbied for free access to copyrighted C-SPAN videos and took a stance against Smithsonianâ€™s contract with Showtime which would give the company exclusive access to the Smithsonianâ€™s collections.) In 2018, a Georgia court of appeals ruled that the books of state statutes are â€œintrinsically public domain material.â€

â€œWhy would we allow the official law to be hidden behind a paywall?â€ Justice Neil Gorsuch asked Georgiaâ€™s attorney Joshua Johnson at a Supreme Court hearing on Tuesday. Good question!

Georgia argues that it would only copyright the annotations, which are contracted out to LexisNexis but overseen and approved by the state. Georgiaâ€™s argument is that it can copyright the non-legally-binding portions of legislation, but thatâ€™s weird; NASA canâ€™t even copyright its photos, which arenâ€™t legally binding documents.

Georgia has protested at various points during this process that it still makes the unannotated statutes â€œGeorgia Codeâ€ (not marked â€œofficialâ€) freely available on LexisNexis. The problem with that is that the only â€œofficialâ€ compilation of Georgia law exists in the Official Code of Georgia Annotated. The Official Code is so official that Georgia bills open with the phrase: â€œ[t]o Amend … the Official Code of Georgia Annotated.â€ In oral arguments, Justice Sotomayor put it bluntly: â€œThe state is the one whoâ€™s requiring this to be done. It reviews it. It approves it. It is setting it out there as a merged document with the actual laws.â€

Itâ€™s unclear what Georgia gets out of the LexisNexis deal, but we know that LexisNexis charges for access to the books (hardcopy only); in a phone call, customer service quoted Gizmodo a ballpark figure of one volume at approximately $US26 ($38), and a full set is $US412 ($601) dollars, assuming youâ€™re shipping in-state. In return, Georgia doesnâ€™t have to deal with publishing. â€œWithout sales of copyright-protected annotated codes, companies like Lexis also would not agree to publish unannotated statutes for free online,â€ Georgia argues.

Bizarrely, Johnson kinda openly admitted yesterday that the annotated version exists because it means that Georgia gets to copyright its laws and make them available for purchase. When asked by Justice Kagan why Georgia even has an â€œofficialâ€ annotated code, he answered:

â€œI think itâ€™s for the benefit of readers so that those finding aids are present. And I think the reason why they made it official is because they wanted to have an annotated version subject to a price cap so that it would be available to people at a relatively low price.â€ Â

That doesnâ€™t get to the question of why they would sublimate the official annotated version as not-really-official, rather than just add the word â€œofficialâ€ to the Georgia Code and make the law available for free as is.

Whatâ€™s clear is that Georgia really doesnâ€™t want to lose the deal, which it expresses in pretty strongly-worded language. Georgiaâ€™s lawyers have called Public Resource founder Carl Malamudâ€™s publication a â€œstrategy of terrorismâ€ and, in its initial filing, characterised Public Resource founder Carl Malamud as a rogue smuggler of government documents who â€œhas engaged in an 18 year-long crusade to control the accessibility of U.S. government documents.â€

Annotations are really important; the New York Times points to the example of Georgiaâ€™s anti-sodomy law, which, an annotation explains, has been held unconstitutional. The court uses annotations to refer to easily understandable breakdowns of the lawâ€™s explicit meaning. In oral arguments, Public Resourceâ€™s lawyer Eric Citron pointed to a case in which a lawyer doesnâ€™t look at the annotations of a statute specifying that he had to file a response on time, and the court uses the annotations to determine whether thatâ€™s excusable neglect.

â€œI donâ€™t know that annotations are any more essential to understanding the law than headnotes, section titles, or legislative history,â€ Berkeley law professor Erik Stallman told Gizmodo. â€œBut lawyers consult all of these when trying to make sense of statutory text because that text is often ambiguous or otherwise difficult to decipher on its own. When theyâ€™re published in a stateâ€™s official code, the public should be able to consult them as well.â€

The case dates back to an 1834 Supreme Court ruling for a Supreme Court reporter whoâ€™d published the courtâ€™s opinions along with his own annotations and needed book sales to make a living. The Court found that he could copyright his personal annotations but found, and upheld again in 1888, that no one may copyright judicial opinions, and Georgia-sanctioned annotations arenâ€™t the work of a struggling writer.

Georgiaâ€™s logic could go several steps further, copyrighting doctrines that arenâ€™t necessarily law but are critical for reporters to be able to publish word-for-word. For example, a state senator might veto a newspaper which prints the full pronouncement of Abortion Awareness Day or Gun Celebration Week, the exact texts of which would be pretty important for the public to read in full.

According to Public Resource, twentyÂ more U.S. states including Massachusetts, Michigan, Vermont, and Kentucky have registered copyrights on part or all of their codesâ€“the brief cites Mississippiâ€™s code stating that its laws are â€œexclusive property of the State of Mississippi.â€ Public Resource worries that this will have a chilling effect, in which small nonprofits wonâ€™t publish copy of legislation for fear of litigation.

Georgia seems to have a few justices on its side. Justice Breyer seemed to agree with Georgiaâ€™s position that it can separate out the annotations as copyrightable â€œsummaries.â€

â€œI mean, who cares who the author is?â€ he asked. â€œIf itâ€™s not in their official capacity, if itâ€™s simply a summary or itâ€™s a comment upon something done in an official capacity, it is copyrightable, even though it be done by a sworn public servant, all right? There we are.â€

Kavanaugh took a wayward position, arguing that â€œit would be dangerousâ€ to interpret annotations as law, which is not really the point.

The U.S. Supreme Court should resolve this in June. If it rules in Public Resourceâ€™s favour, it could choose to either solve the single issue or, ideally, it would make broader rules about government speech and end this.