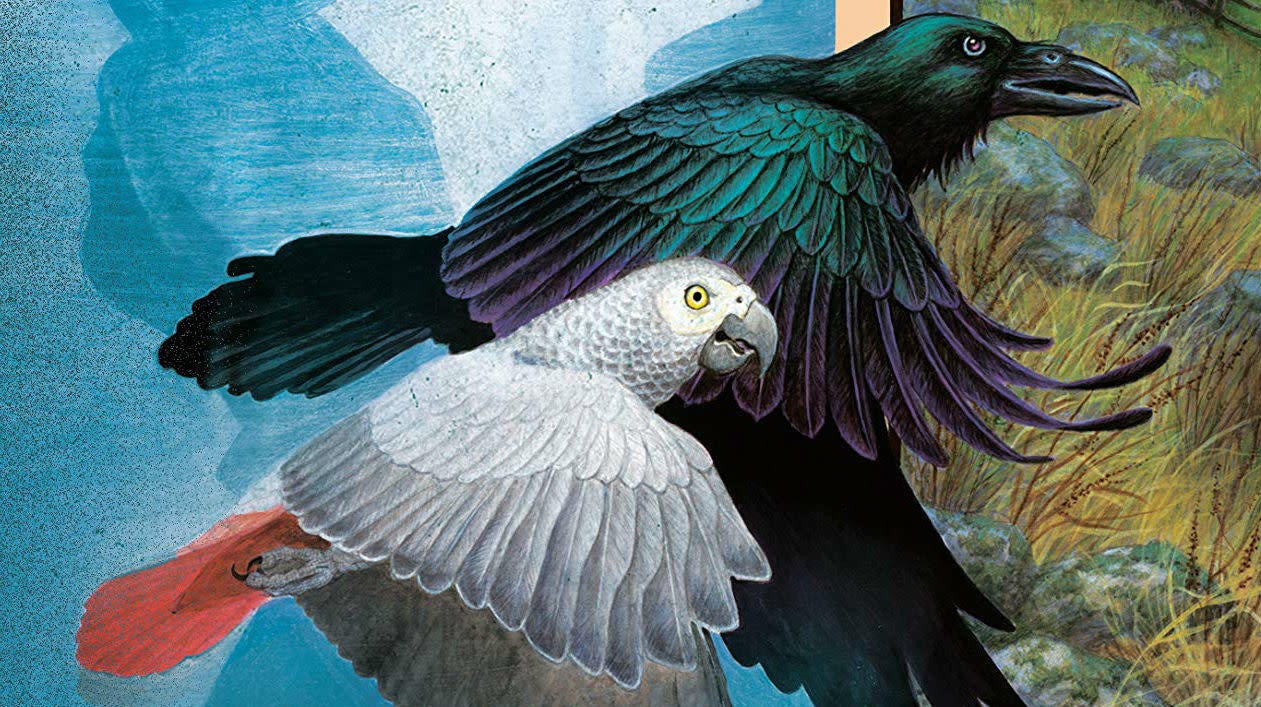 Detail from the cover of <em>The Case of the Spellbound Child</em> by Mercedes Lackey. (Image: DAW)

December tends to be the lightest month for book releases, but we’ve still got plenty to get excited about for you here, including a new dystopian fantasy from Annihilation author Jeff VanderMeer. Read on!


Accepting the Lance by Sharon Lee and Steve Miller

The Liaden Universe series continues with this sequel to Neogenesis, which sees Clan Korval heading to an out-of-the-way planet to regroup and figure out a way to recover their trade network—unless the vengeful Department of the Interior tracks them down first. (December 3)

Anyone by Charles Soule

When a scientist working on an Alzheimer’s cure accidentally unlocks a method for body-swapping human consciousness, every aspect of the world—travel, entertainment, war, the black market, you name it—changes forever, in a story from the Darth Vader comics scribe being billed as “Blade Runner crossed with Get Out.” (December 3)

Bryant & May: The Lonely Hour: A Peculiar Crimes Unit Mystery by Christopher Fowler

The detective duo of Arthur Bryant and John May chase a brutal killer who always strikes at four in the morning, and soon find that’s not the only unusual thing about their mysterious quarry. (December 3)

The Case of the Spellbound Child by Mercedes Lackey

The author’s 14th Elemental Masters book returns to alt-history 20th century England to pick back up with Sherlock Holmes—though he’s officially dead at the moment, so John and Mary Watson take on his latest case, a mystery involving evil magic, at the behest of the Wizard of London. (December 3)

Children of Virtue and Vengeance by Tomi Adeyemi


The Legacy of Orïsha fantasy trilogy continues with this sequel to Children of Blood and Bone. Magic has returned to Orïsha at last, but its effects have the land on the brink of a civil war—and it’s up to Zélie to find a way to keep the peace. (December 3)


The latest from the author of Annihilation is set in a dystopian city controlled by an all-powerful corporation, where people (a haunted woman, three rebels intent on revolution, a man who’s created his own monster) and creatures (a time-travelling fox, an ancient fish) dwell and occasionally cross paths. (December 3)

This YA fantasy debut about a queer teen facing off with a sinister sorceress is described as “if Miss Peregrine had a baby with RuPaul’s Drag Race.” What’s not to love? (December 3)

Baker’s Breaker of Empires military sci-fi series continues as Sikander Singh North, newly-minted captain of the Decisive, does his best to fight space pirates and keep the peace with a powerful shipping tycoon. (December 3)

Walk the Wild With Me by Rachel Atwood


In this Robin Hood-adjacent fantasy, a young man who works in the library at Nottingham’s Locksley Abbey must sneak into the fairy world on an urgent rescue mission. (December 3)

The latest from the author of the Hap and Leonard series is about a super-smart seal who teams up with H.G. Wells (as one does) on a rescue mission that turns into a bizarre adventure when find themselves stranded on a strange world full of very strange creatures—including a chaos-sparking mutant, fabulously named She Who Must Be Obeyed and Eats Lunch Early. (December 31)