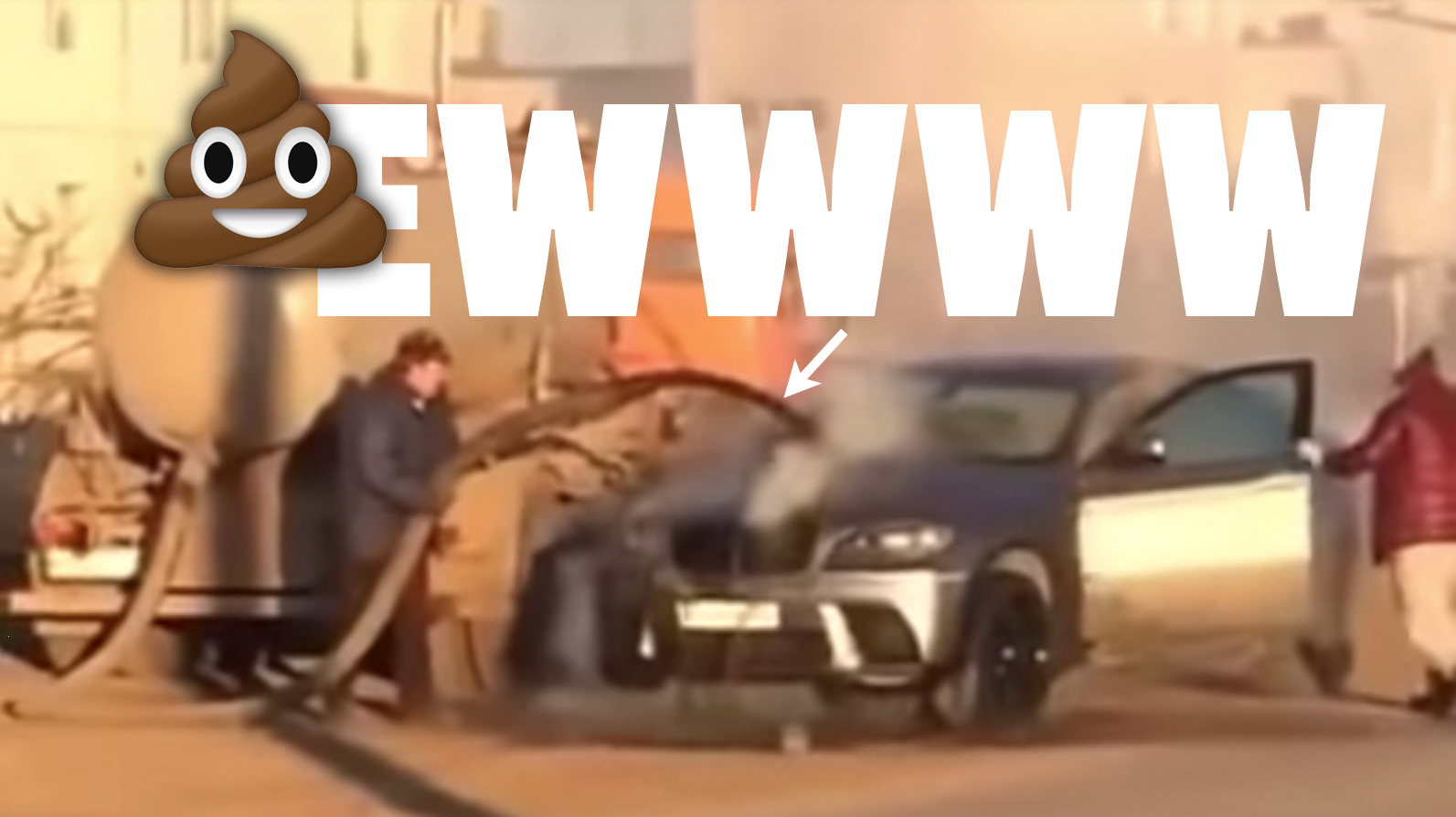 If your car was on fire, would you consider running around and yelling “HELP! HELP! My car is on fire? Does anyone have diarrhoea and can shit-squirt the fire on my car away?” No? Well, perhaps you should, because languid streams of raw sewage does seem to work for putting out a car fire, as we can see in this Russian video of a BMW being extinguished by lazy arcs of liquid waste. Is the result better than if the car had just burned down, though? I’m not certain.

According to Russia Times, this miserable nightmare happened in Samara, when the BMW X6 had some sort of engine fire. I suppose luckily—in the absolute most generous sense of that word—a sewage tanker was nearby and able to lend a hand:

I can’t imagine what that liquid faeces must have smelled like as it contacted the piping-hot metal of the burning car, and there’s something about the languid, low-pressure, chunky brown stream of that fetid broth that just makes this even worse.

It looks like the fire was put out in time, though that engine compartment is now liberally doused in liquid shit, so I think we can call this a pyrrhic victory, at best.

Maybe give ads you see selling Russian-market fire-damaged BMW X6s a pass for a month or two.