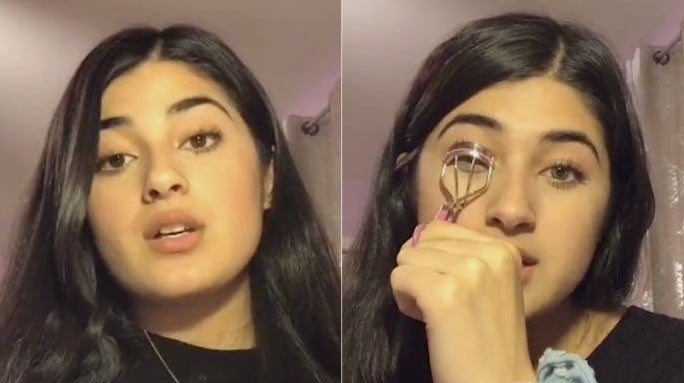 TikTok issued a formal apology this week to a U.S. teenager whose account was suspended after she posted several viral videos disguised as make-up tutorials that sharply critiqued China’s treatment of Uyghur Muslims. The popular video-based social network, owned by Beijing-based ByteDance though purportedly operated separately from the company’s other holdings, has been facing mounting scrutiny from U.S. officials concerning its relationship with the Chinese government.

However, the apology apparently fell flat for 17-year-old Feroza Aziz—perhaps because TikTok flagged one of these videos again less than 24 hours later—and she flatly rejected their response in a tweet Thursday.

“Do I believe they took it away because of a unrelated satirical video that was deleted on a previous deleted account of mine? Right after I finished posting a 3 part video about the Uyghurs? No,” she wrote.

UPDATE: tik tok has issued a public apology and gave me my account back. Do I believe they took it away because of a unrelated satirical video that was deleted on a previous deleted account of mine? Right after I finished posting a 3 part video about the Uyghurs? No. pic.twitter.com/ehUpSJiyy1

The suspension stemmed from her conduct on a previous account, TikTok’s head of safety for the U.S. told BBC News. Earlier this month, Feroza was purportedly banned after posting a satirical video in which an image of Osama Bin Ladin briefly flashes on screen, violating the app’s policy against “terrorism or terrorist imagery.” And creating a new account with the same device after you’ve been banned also flies against TikTok’s policies.

Of course, the timing is more than a little suspicious given that her new account was only flagged after her fake make-up tutorials garnered millions of views.

Han added that Feroza’s most popular video, a clip with nearly 2 million views in which she references widespread accounts that hundreds of thousands of Muslims are being held in Chinese concentration camps in a crisis she describes as “another Holocaust,” was later pulled for roughly an hour due to “human error,” BBC reported.

Which doesn’t do much to assuage concerns multiple senators expressed in October that TikTok is moderating its platform according to the wishes of the Chinese government. TikTok has repeatedly ascertained that none of its data centres are based in the country, and the app itself isn’t available to Chinese users, refuting multiple reports that it censors content regarding ongoing Hong Kong protests or anything pro-LGBT. And while TikTok has claimed it’s made concerted efforts over the last year to distance its operations from ByteDance’s other China-based apps, the U.S. Army and the Committee on Foreign Investment in the United States (CFIUS) have both initiated national security probes.

As for Feroza, this incident doesn’t seem to have phased her passion for spreading awareness of the issue on social media. She told BBC News: