There’s So Much More To Love In Frozen II 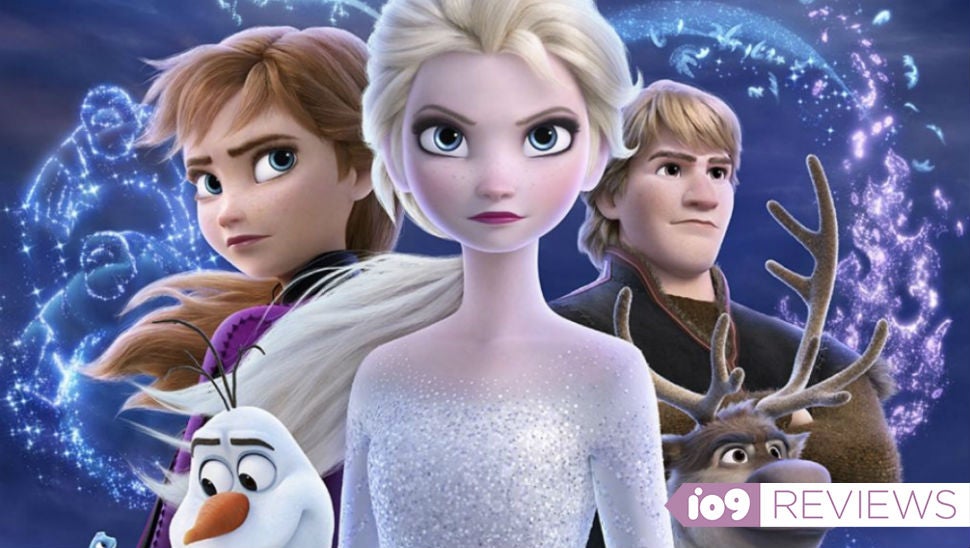 Like death and taxes, Frozen II was inevitable. There was simply no way any company would leave billions of potential dollars on the table by not making a sequel to one of the highest-grossing animated films ever. And yet, it was a risk too. Get the film wrong and it could damage the legacy of a franchise that’s become absolutely beloved.

For those reasons, most of us assumed Frozen II would be good. And it is. It’s very good. In fact, the sequel is not only better than the 2013 original, but it also improves the original film by adding to its mythology and shining a light on the events of that story in a whole new way. However, that success is not without a few hiccups.

Once again directed by Jennifer Lee and Chris Buck, Frozen II picks up several years after the end of the first film. Elsa (Idina Menzel) is still the Queen of Arendelle, her sister Anna (Kristen Bell) is doing great along with her boyfriend Kristoff (Jonathan Groff), and everyone’s snowman friend, Olaf (Josh Gad), is beginning to mature and think about the meaning of life. All is well until Elsa starts hearing a voice coming from a faraway land. A voice that reminds her of a story her parents told her when she was little about a mysterious, enchanted forest. 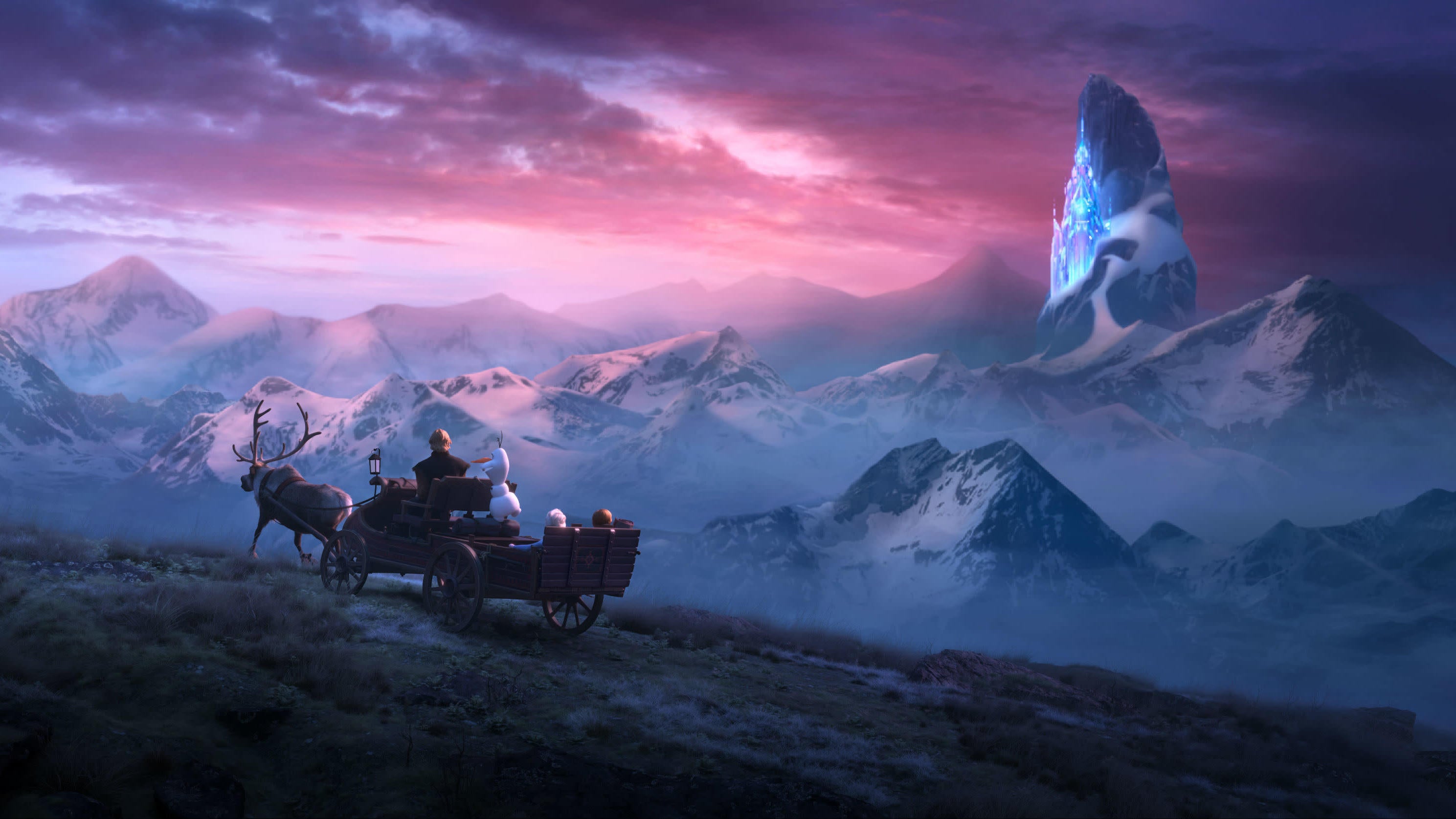 It doesn’t take long for Frozen II to get going. The first act is packed with flashbacks, action sequences, and several new songs, all before the four main characters even begin their new adventure. The pace rarely lets up from there either. The stakes continue to escalate, characters encounter grave danger at every turn, and songs just continue to be sung, totaling seven by the time it’s all said and done.

Before I get into all that good stuff, here’s the one problem with Frozen II: the structure of the story. Taken out of context, the story itself is hugely epic and fascinating, with enough mystery and revelation to drive the film from beginning to end. Unfortunately, most of it comes in dense, exposition-heavy chunks that are staggered across the film. So you’ll be watching lots of fun, cute things happening, you’ll hear a song or two, and then for five minutes mountains of information are dropped on you like a heavy snowfall. That pattern then repeats itself a few more times until the big third act reveals, which are even more complex than the rest of them.

Obviously, this is a Disney movie so â€œcomplexâ€ is relative. None of that story is particularly hard to understand (though parents may find themselves struggling to explain it all to smaller children.) It’s just slightly overwhelming to digest so much of it so abruptly and as a result, the film’s fast pace grinds to a halt a few times. Luckily, after those big story dumps, the film gets sent off in wondrous new directions. And, oftentimes, those other gears provide context or answers to questions you did or didn’t have about the original movie. Things in relation to Anna and Elsa’s parents, Elsa’s powers, musical origins, and more. The intricacy of the story pays off, but it’s a tad sloppy. 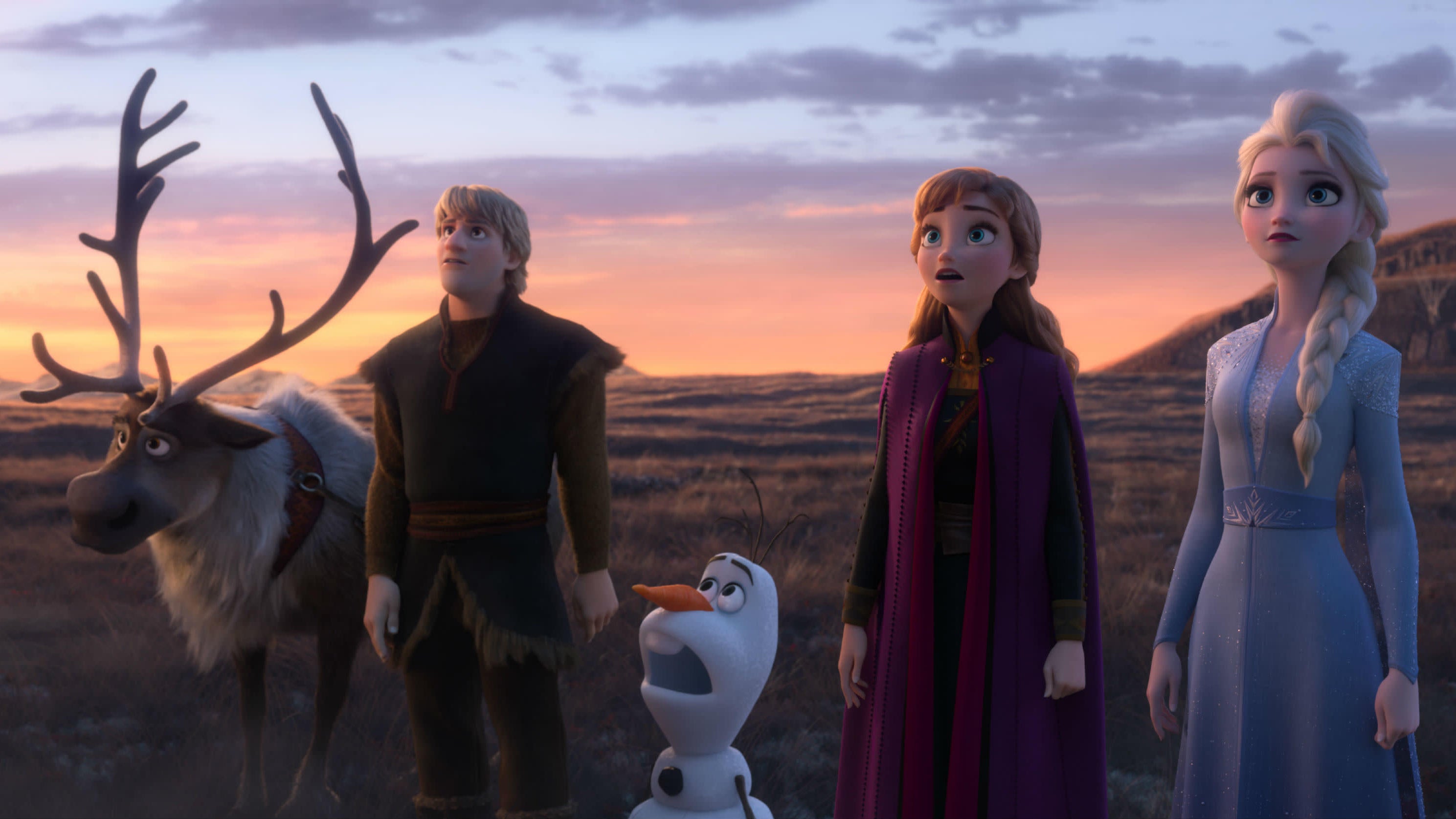 As for the good stuff, we have to start with the music. All the way through Frozen II, the songs by Bobby and Kristen Lopez continually breathe life into the movie. There isn’t one A-plus standout like â€œLet It Goâ€ from the first film, but this time around, all the songs feel more uniform quality-wise. There isn’t a dud in the bunch, with the two standouts being â€œInto the Unknown,â€ one of Elsa’s two songs, which is infinitely catchy and beautiful, as well as a song called â€œLost in the Woods,â€ sung by Kristoff. That one is staged so strangely, you almost won’t believe what you are watching. But you’ll cheer at the end nevertheless.

That scene, along with all the rest of them, is a visual marvel. Almost every CG animated movie these days, especially from Disney, pushes the limits of what’s possible in the medium and with lavish water effects, all-new costumes, and vivid autumn colours, there’s rarely a moment in Frozen II that couldn’t be a poster all on its own.

Another important aspect of the first film that continues in the sequel is the relationship between Anna and Elsa. While Frozen was about bringing the sisters back together, Frozen II makes their bonds stronger by continually testing their trust. Some of the best moments are when the two express those feelings to one another, which in turn makes their arcs that much more dramatic and emotional. As for other returning characters, the biggest problem is that Olaf’s lines are all so funny the audience was laughing too hard for me to hear half of them. And while Kristoff remains kind of the least important of the core four, he’s got a much clearer story this time out, and that, along with his song, really brings things home. 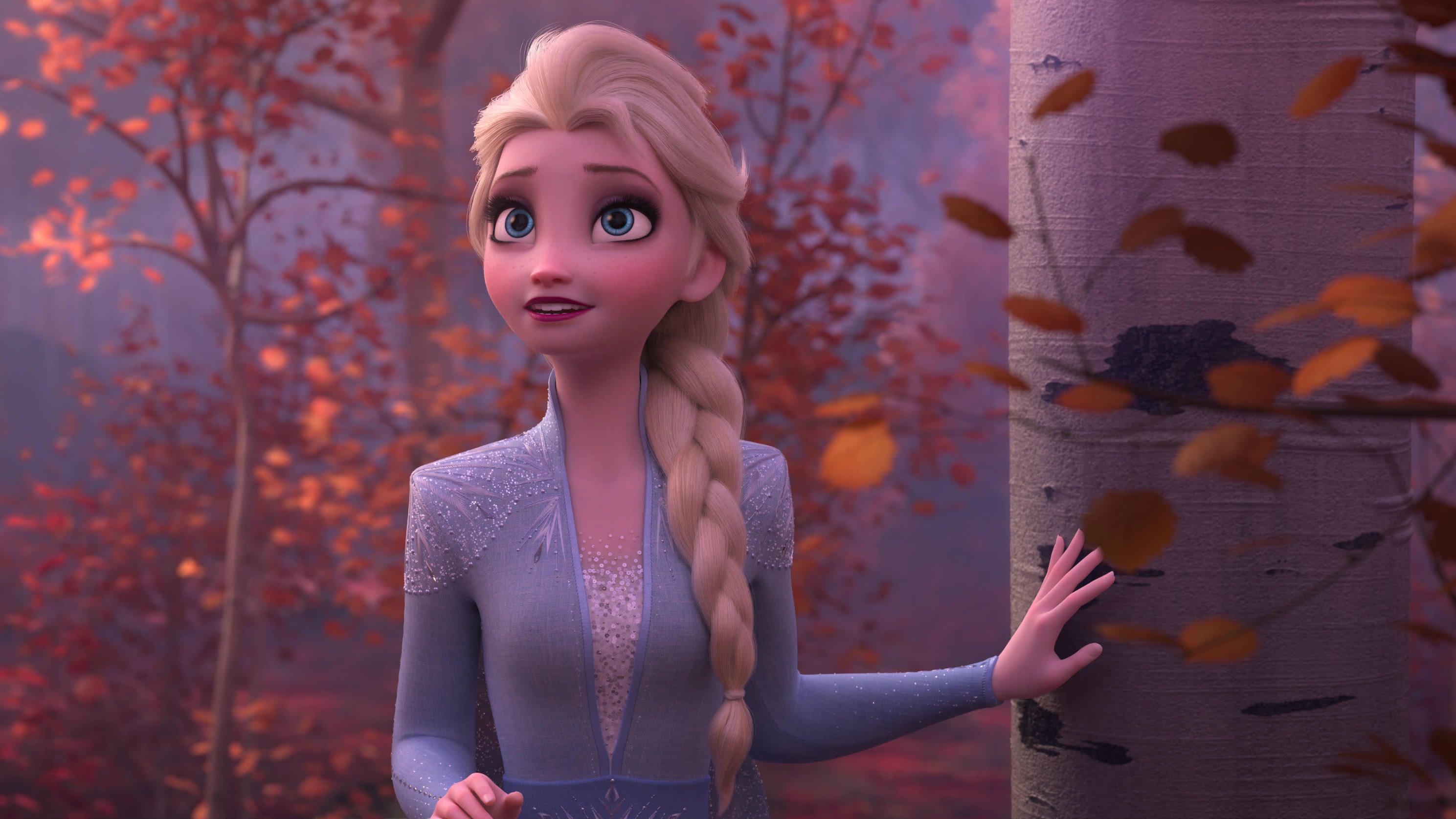 Elsa is still the star in Frozen II. (Image: Disney)

There are plenty of new characters as well but most of them don’t get a lot to do. There’s the adorable salamander named Bruni, a mysterious water horse called the Nokk, a funny wind character named Gale, and several humans, voiced by the likes of Sterling K. Brown, Martha Plimpton, Jason Ritter, Alfred Molina, and Jeremy Sisto. Most of them are there strictly for narrative purposes, though, all of which are in service to developing the main characters. Nevertheless, the newbies have their moments and all together make for a grander experience.

But that’s what makes Frozen II so good. It’s a near-perfect blend of characters, humour, mystery, and emotion that’s chock full of memorable moments, gorgeous animation, and catchy songs”in other words, everything you’d want in a piece of family entertainment. Yes, the story is a bit too dense and parsed out a little awkwardly, but that’s also a testament to just how deep the mythology goes this time around. Frozen II makes Frozen I feel like an appetizer before the full meal. And this Thanksgiving season, it’s a fine meal indeed.