The Mandalorian Is A Bad Dad

The Mandalorian is out on Disney+ for all the Star Wars fans out there but after watching two episodes, I’ve come to a concerning realisation. For all this Mandalorian’s strengths, like sharp-shooting and wise-cracking, he’s a very bad dad.

A Guide To Star Wars Lore In The Mandalorian

Aussies can legally watch the The Mandalorian on Disney+, but if you're a more casual Star Wars fan, it's a bit confusing to keep up with all the players and planets. Here's a quick beginner's guide to bring you up to speed with the lore surrounding the exciting new series. The Mandalore-ian, you could say...

By the end of episode one, the Mandalorian becomes a new dad after saving his 50-year-old bounty target, sweet Baby Yoda. The second episode takes a look at how the Mandalorian deals with his newfound daddy-ness and it’s not great.

The first incident occurs at the beginning of episode two. During a walk back to the spaceship, the Mandalorian and Baby Yoda are attacked by some marauders. He's outnumbered but takes them on until the final one makes a run for the floating cradle holding the internet's favourite juvenile mascot. The Mandalorian does manage to take out the final marauder before it gets to Yoda, but it's a damn close call.

But look, this incident was a surprise attack and not exactly his fault, so we'll chalk it up to carelessness. When the Mandalorian and sweet Baby Yoda arrive at their spaceship, Razor Crest, they find Jawas stripping it. Understandably, Daddy M is a bit mad so he starts sniping them into oblivion. Baby Yoda, innocent as always, simply observes his scary new papa. Once the Jawas make a run of it, the Mandalorian straight up abandons Yoda to pursue them. It's heartbreaking watching a little (but powerful) infant putting pedal to the metal in a hovering baby cradle while his new protector jumps onto a ship full of murderous thieves.

We can all agree that Baby Yoda must be protected at all costs, not left to chase the bloody Mandalorian during ridiculous action scenes.

The final act of careless guardianship the Mandalorian is guilty of is during his fight with a horned beast. He needs to get one of its eggs to trade with the Jawas... so he takes Baby Yoda into its lair. Because that seems safe.

Instead of letting literally anyone babysit his new ward, he decides to take it into some muddy hunting grounds. Unsurprisingly, the giant beast overpowers the Mandalorian as Baby Yoda coos. Once it takes care of the adult in the room, the beast turns its attention to the closest easy prey in the vicinity. Thankfully, Baby Yoda can hold his own and saves his bad parent's arse using The Force. Sadly it completely saps his energy, making him fall into a concerning but ultimately aww-inducing slumber.

I suppose the Mandalorian being a bad caretaker is going to be an integral part of the character's growth cycle throughout the series. He'll have to grapple with handing Baby Yoda over to the shady Imperial Remnant, or realising the true potential of the adorable little creature and defying his contract. Regardless, at the end of episode two we're not overly happy with his conduct. 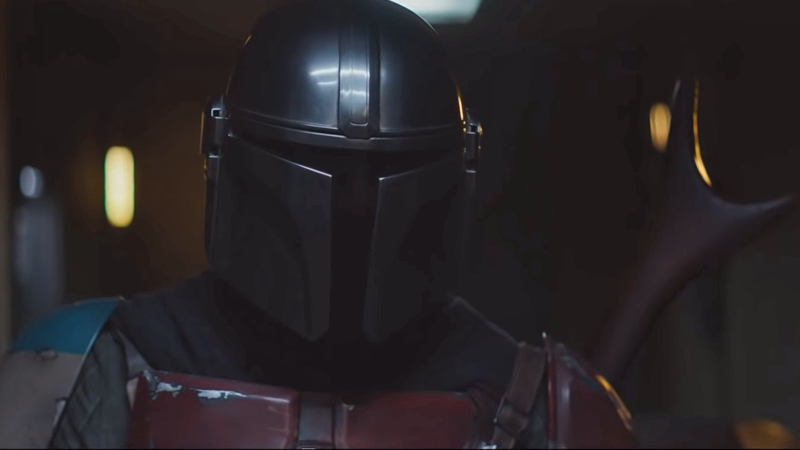 So...Let's Talk About That Mandalorian Ending

If you're lucky enough to live in a country where Disney has launched its vast, occasionally breaking, and petrifyingly all-encompassing new streaming service today, you've probably watched the first episode of The Mandalorian by now. Shall we talk about it? Let's talk about it.