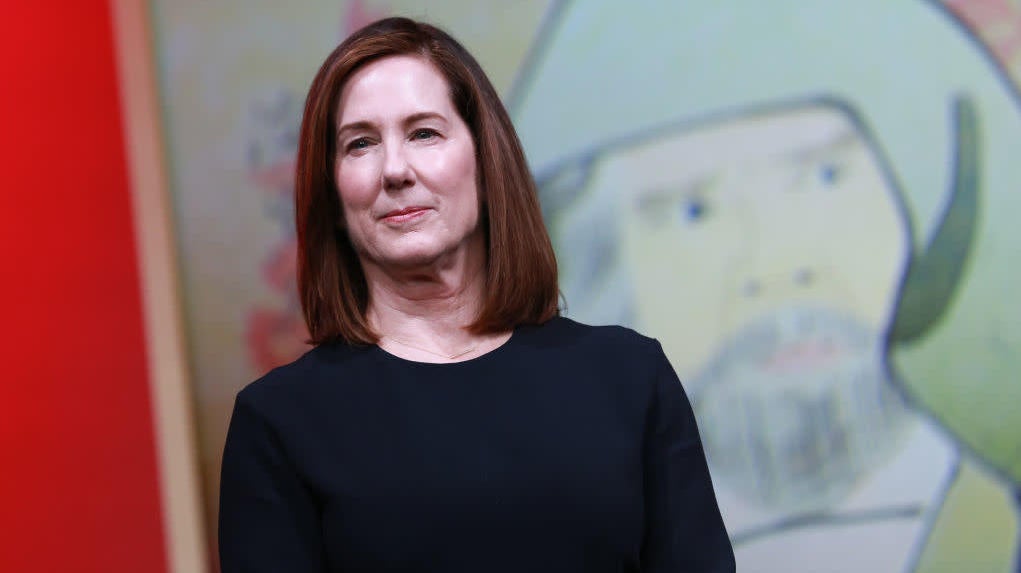 Whatâ€™s next? Itâ€™s the question on everyoneâ€™s mind when it comes to Star Wars movies. After next monthâ€™s The Rise of Skywalker, the next movie is technically scheduled for 2022. However, even that movie may be in doubt after the recent departure of D.B. Weiss and David Benioff.

One of the very few people who would know about the next Star Wars movies is the president of Lucasfilm, Kathleen Kennedy. Funnily enough though, in a new interview she admits even she doesnâ€™t know the answer to that questionâ€”but thereâ€™s a very good reason for that.

â€œNo, [I havenâ€™t decided whatâ€™s next],â€ Kennedy said, speaking to Rolling Stone last month. â€œWeâ€™ve got various things weâ€™re looking at and various ways in which we can begin or not. As you can imagine. You know, do you go back? Do you go forward? All those questions are being asked. Do we stay in this galaxy? Do we go to another? The universe is never-ending. [Laughs.] The good news and the bad news. They have endless possibilities. Itâ€™s liberating, itâ€™s exciting, and it creates a lot of pressure and anxiety as well.â€

One thing is for sure: Whatever the next Star Wars movie is, itâ€™s as important a moment for the franchise as its return in . At least with that story, there were a few breadcrumbs to follow. Characters still around. Actors to play them. But for a new film, thatâ€™s unlikely to be the case. Itâ€™s a clean slate not just for that story, but the franchise too.

â€œItâ€™s an incredible challenge, and it is something that weâ€™re in the middle of, and I canâ€™t even begin to tell you where this may end up, because I think you are absolutely right,â€ Kennedy said. â€œI think whatever this next movie is, and how it begins to define a new way forward, itâ€™s something we want to take plenty of time and plenty of conversation and careful thought before deciding exactly what weâ€™re going to do.â€

As previously mentioned, the December 2022 movie on the schedule was going to be made by Weiss and Benioff, of Game of Thrones fame. However, they left the project last month. That leaves only Last Jedi director Rian Johnson and Marvel Studios president Kevin Feige attached as people working on projects for Lucasfilm. And while Kennedy didnâ€™t comment on Johnsonâ€™s films (though heâ€™s said in many new interviews theyâ€™re still on the table), she did talk about Feige.

â€œKevin has been a huge fan of Star Wars, and heâ€™s made that pretty clear,â€ Kennedy said. â€œAnd I think when he went off to do a couple of the Spider-Man movies, he realised that he could kind of step in and out of what heâ€™s doing specifically with just Marvel. He talked to us, and he talked to the studio and said, â€˜You know, â€˜Is there any chance I could step in and do one of the Star Wars movies?â€™â€™ And I thought it was a pretty cool idea. So weâ€™re just beginning to talk about what that might be and when that might be. But itâ€™s a ways off.â€

Sounds like whatever that is, it wonâ€™t be next. And while the future of Star Wars movies is a bit up in the air, donâ€™t forget the franchise has a pretty clear future set up on the small screen. Season two of The Mandalorian is currently in production with shows based on Cassian Andor and Obi-Wan Kenobi set to film next year. Plus that may only be the beginning of Star Wars TV, with more projects reportedly in development. With all that going on, it seems possible, however unlikely, we wonâ€™t see another Star Wars movie for a long time. Which could be a good thing!

For much, much more from Kennedy, we urge you to read her Rolling Stone interview. She also spoke about why people are leaving Star Wars projects so rapidly (the interview was before Benioff and Weiss), the fan reaction to The Last Jedi, the pressure of The Rise of Skywalker, George Lucasâ€™ feelings on The Force Awakens, and much more.

The Rise of Skywalker is out December 19. Who or what would you like to see the next film focus on?