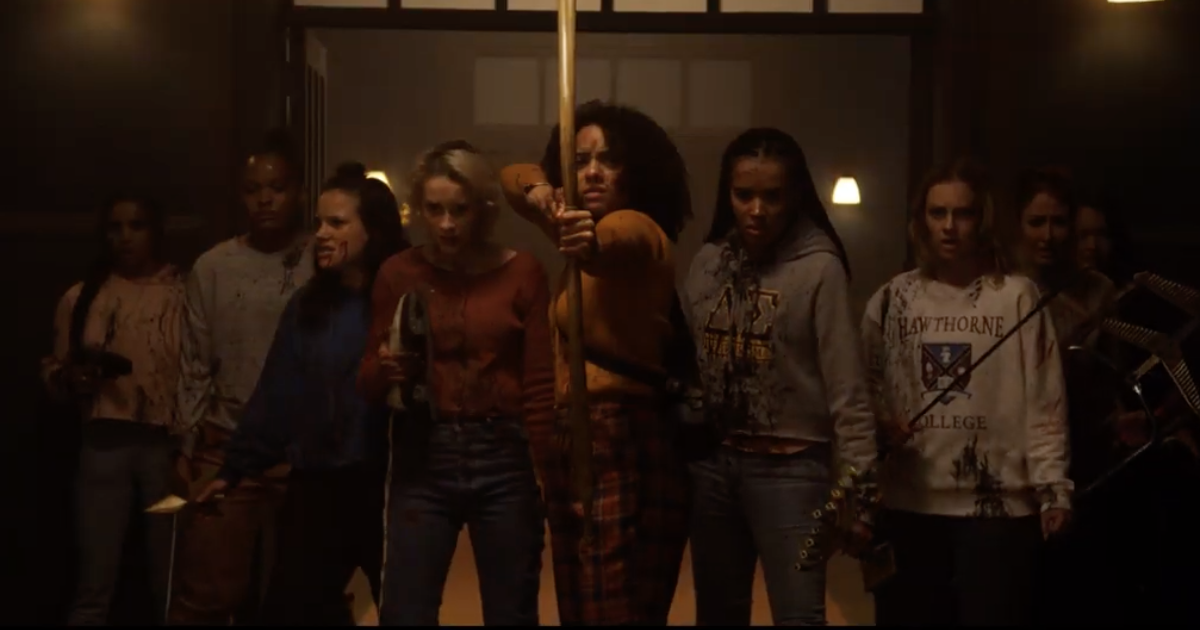 Does a PG-13 rating—which presumably means cleaner language and toned-down violence—automatically lessen a horror movie’s impact? A new remake is stoking the flames of that age-old debate.

Black Christmas co-screenwriter April Wolfe took to Twitter after Bloody Disgusting reported that the Blumhouse film—which is directed and co-written by Sophia Takal, and is out next month—had earned a PG-13 rating.

Wolfe explained that though the film was written “with an R in mind” (as slasher movies usually are, for obvious reasons), it was later retooled for the benefit of a specific demographic: “When they did the test screenings, was clear that this movie needed to be available to a younger female audience because the subject matter is timely. Also I want to indoctrinate girls into horror. Doesn’t make it any less vicious!” (Read the whole thread, which is populated by defenders and haters, here.)

Beyond that, we already have an R-rated Black Christmas remake, which came out in 2006 but made such a minuscule impact that most people forget it even exists (apologies to Mary Elizabeth Winstead, but even she couldn’t save it). Beyond that, a PG-13 rating does not mean that a horror movie will automatically suck; in fact, they can be awesome.

And beyond even that, while we’re excited to see what a Black Christmas movie that’s co-written and directed by women looks like—it is, after all, the story of sorority sisters who band together to stop a campus killer in their midst—the definitive Black Christmas will always be Bob Clark’s glorious 1974 original, which predated the slasher trend and is (obviously) still hugely influential on the horror genre. (It is rated R, for those who care.)

Speaking to Entertainment Weekly earlier this year, Takal made it clear she appreciates the groundwork that Clark’s film laid down 45 years ago: “The original Black Christmas feels so contemporary and modern for the time. I wanted to make something that reflected our time right now. For me, it was about, ‘What does it feel like to be a woman in 2019?’”

Takal and Wolfe’s take on Black Christmas will be out December 13.