This Tool Lets You See How Every Website is Tracking You 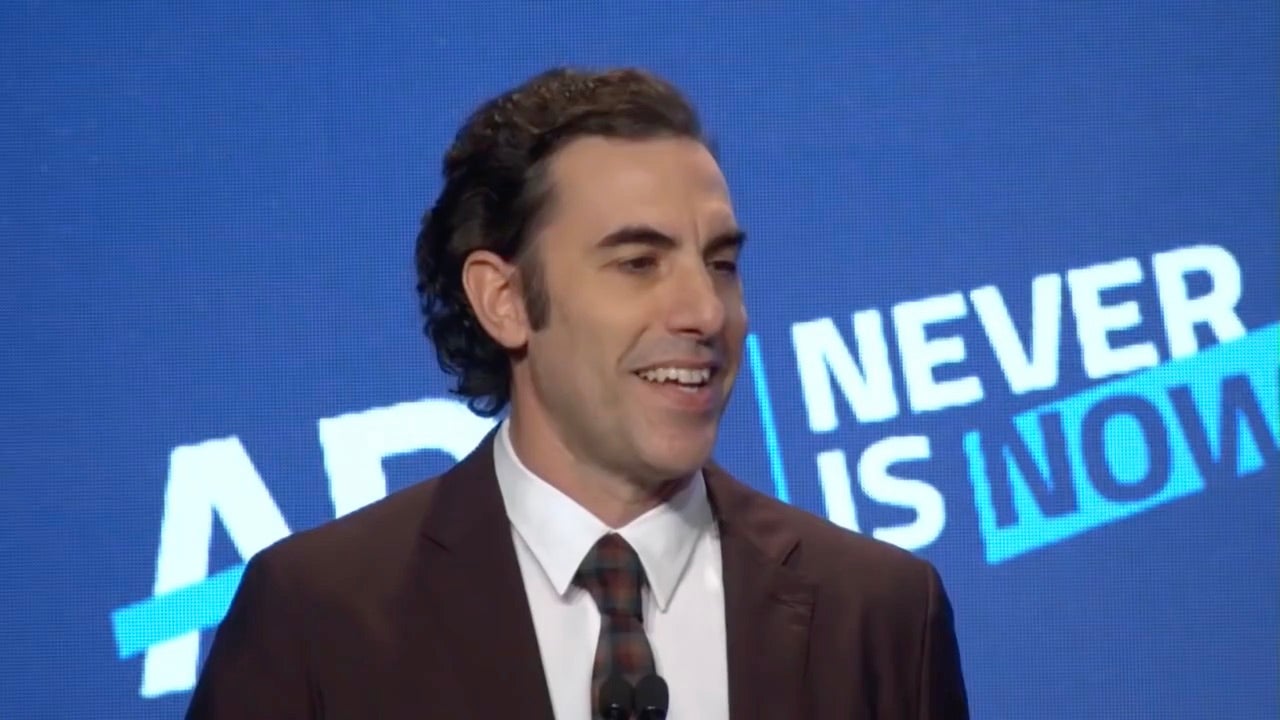 Sacha Baron Cohen accepted an international leadership award from the Anti-Defamation League (ADL) in New York last night and the comedian did not hold back when it came to the role of social media in the world. Cohen, famous for characters like Borat and Ali G, spent the majority of his speech denouncing social media companies like Facebook, YouTube, and Twitter who have built, in his words, the “greatest propaganda machine in history” for spreading bigotry and conspiracy theories.


“Today around the world, demagogues appeal to our worst instincts. Conspiracy theories once confined to the fringe are going mainstream. It’s as if the Age of Reason—the era of evidential argument—is ending, and now knowledge is delegitimized and scientific consensus is dismissed,” Cohen told the audience.

“What do all these dangerous trends have in common? I’m just a comedian and an actor, not a scholar. But one thing is pretty clear to me. All this hate and violence is being facilitated by a handful of internet companies that amount to the greatest propaganda machine in history,” Cohen said.

Cohen continued, explaining that these platforms are meant to trigger strong negative emotions in users. He also explained that it’s sometimes difficult for the average person to distinguish online between legitimate news and people who peddle in hate speech.

“On the internet, everything can appear equally legitimate. Breitbart resembles the BBC,” Cohen said. “The fictitious Protocols of the Elders of Zion look as valid as an ADL report. And the rantings of a lunatic seem as credible as the findings of a Nobel Prize winner. We have lost, it seems, a shared sense of the basic facts upon which democracy depends.”

I believe it’s time for a fundamental rethink of social media and how it spreads hate, conspiracies and lies. Last month, however, Mark Zuckerberg of Facebook delivered a major speech that, not surprisingly, warned against new laws and regulations on companies like his. Well, some of these arguments are simply absurd. Let’s count the ways.

First, Zuckerberg tried to portray this whole issue as “choices…around free expression.” That is ludicrous. This is not about limiting anyone’s free speech. This is about giving people, including some of the most reprehensible people on earth, the biggest platform in history to reach a third of the planet. Freedom of speech is not freedom of reach. Sadly, there will always be racists, misogynists, anti-Semites and child abusers. But I think we could all agree that we should not be giving bigots and pedophiles a free platform to amplify their views and target their victims.

Second, Zuckerberg claimed that new limits on what’s posted on social media would be to “pull back on free expression.” This is utter nonsense. The First Amendment says that “Congress shall make no law” abridging freedom of speech, however, this does not apply to private businesses like Facebook. We’re not asking these companies to determine the boundaries of free speech across society. We just want them to be responsible on their platforms.

If a neo-Nazi comes goose-stepping into a restaurant and starts threatening other customers and saying he wants kill Jews, would the owner of the restaurant be required to serve him an elegant eight-course meal? Of course not! The restaurant owner has every legal right and a moral obligation to kick the Nazi out, and so do these internet companies.

Third, Zuckerberg seemed to equate regulation of companies like his to the actions of “the most repressive societies.” Incredible. This, from one of the six people who decide what information so much of the world sees. Zuckerberg at Facebook, Sundar Pichai at Google, at its parent company Alphabet, Larry Page and Sergey Brin, Brin’s ex-sister-in-law, Susan Wojcicki at YouTube and Jack Dorsey at Twitter.

Cohen also warned that these “unelected individuals in Silicon Valley” were “imposing their vision on the rest of the world, unaccountable to any government and acting like they’re above the reach of law.”

Cohen even said that perhaps Zuckerberg should be thrown in prison if he facilitates another genocide like the one in Myanmar or allows another foreign power to interfere in a U.S. election, like Russia did in 2016.

The ultimate aim of society should be to make sure that people are not targeted, not harassed and not murdered because of who they are, where they come from, who they love or how they pray

If we make that our aim—if we prioritise truth over lies, tolerance over prejudice, empathy over indifference and experts over ignoramuses—then maybe, just maybe, we can stop the greatest propaganda machine in history, we can save democracy, we can still have a place for free speech and free expression, and, most importantly, my jokes will still work.