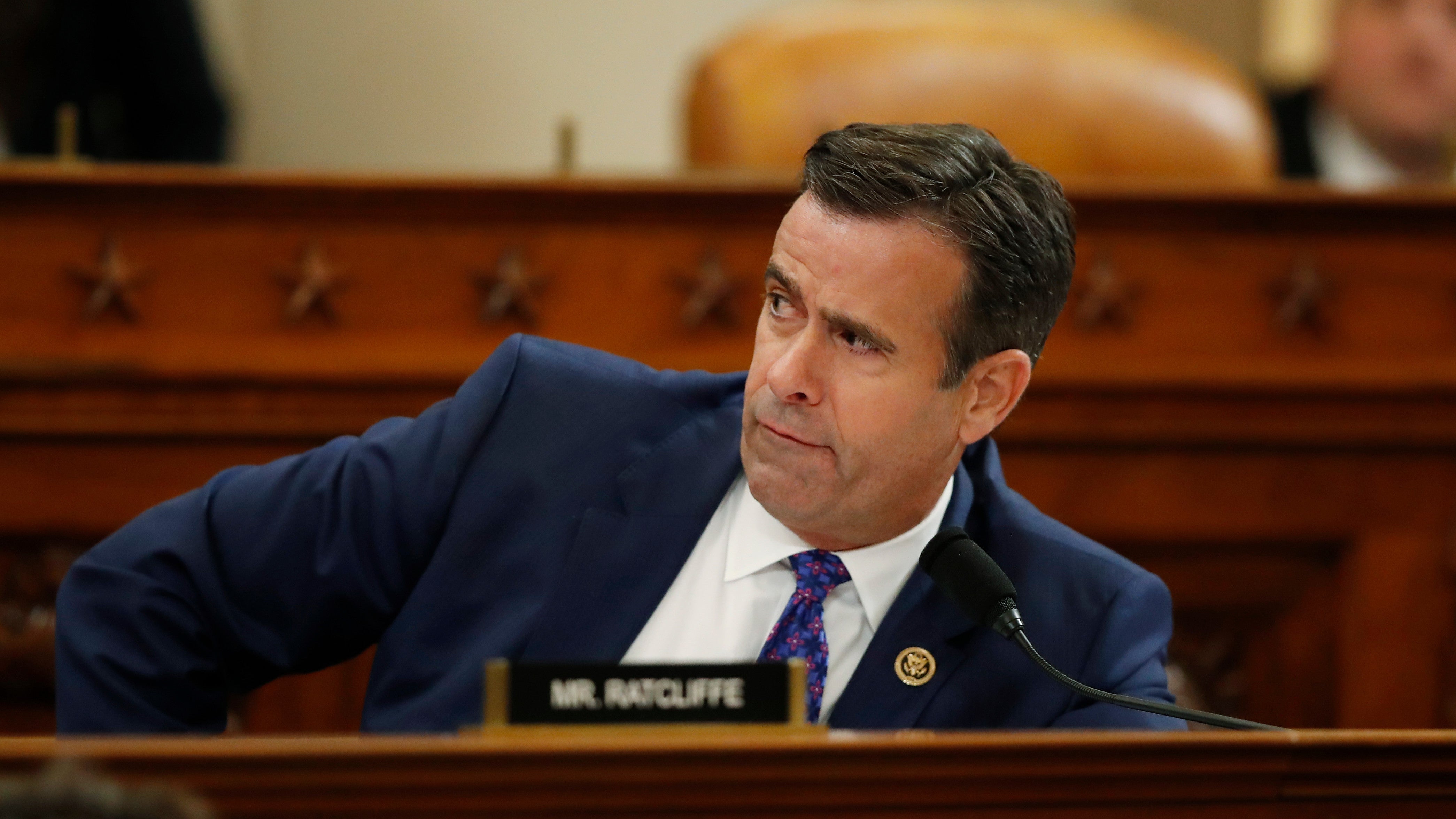 GOP Representative John Ratcliffe tried to dodge reporters outside impeachment hearings against Donald Trump by pretending to take an urgent call, even though the home screen of his phone was clearly visible and it was obvious he was rambling into the void, Politico reported on Friday.

Ratcliffe, an ardent Trump ally, was one of a number of Republican legislators who did their best to avoid to avoid talking to reporters after Trump went on a Twitter tear against U.S. diplomat Marie Yovanovitch. The former ambassador to Ukraine was testifying before the House Intelligence Committee on the president’s alleged scheme to coerce Ukrainian officials into launching a sham investigation of Democratic nominee Joe Biden’s family, as well as a concerted smear campaign by the president’s allies to discredit her after she was removed for standing in its way. Much of the testimony focused on Yavonovitch’s assertion that she felt Trump threatened her, with Democrats suggesting that the Trump tweets sent out while she was speaking could amount to witness intimidation.

In the tweets, Trump lambasted Yovanovitch (appearing to suggest she bore personal responsibility for the Somali Civil War) and reiterated that he had the right to remove ambassadors for any reason.

….They call it “serving at the pleasure of the President.” The U.S. now has a very strong and powerful foreign policy, much different than proceeding administrations. It is called, quite simply, America First! With all of that, however, I have done FAR more for Ukraine than O.

Republicans appeared caught off guard by the broadside, Politico reported, with several scrambling to avoid having to address the tweets with reporters. Ratcliffe’s fake phone call seemed to be the most incompetent effort by far. (Here’s a tip: Call a member of your staff, idiot.) Republican Representative Mike Turner simply refused to return requests for comment while hurrying to the House floor, while Representative Devin Nunes decline to talk about “committee business.”

“The tweet was not witness intimidation, it was simply the President’s opinion, which he is entitled to,” White House press secretary Stephanie Grisham told the site in a statement. “This is not a trial, it is a partisan political process—or to put it more accurately, a totally illegitimate, charade stacked against the President.”