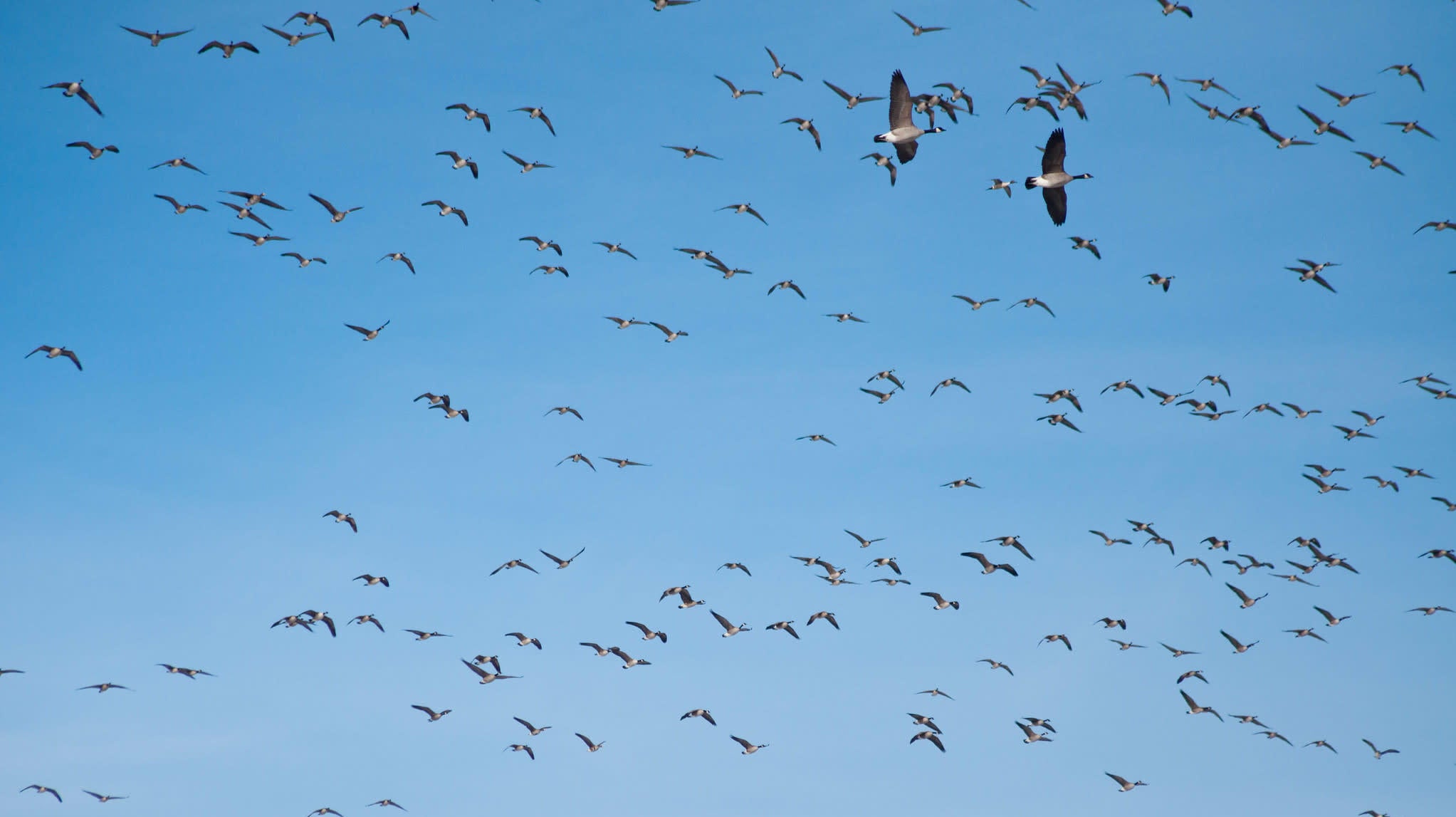 On Tuesday, The White House was placed under lockdown after it appeared that an aircraft was flying in restricted air space over Washington DC. But was it really an aircraft…or was it birds?

The North American Aerospace Defence Command first reported an object entering capitol airspace this morning, which prompted a response from National Security officials and a temporary lockdown of some capitol buildings, CNN reports. A Coast Guard rotary-wing aircraft (probably a helicopter, but NORAD did not specify) went to investigate—and did not find a threat. Perhaps, tweeted ABC7 DC-Area transportation reporter Sam Sweeney, it was birds.

“The comments you’re seeing about a flock of birds is speculation,” a NORAD spokesperson told Gizmodo on the phone. “I cannot confirm or deny that it was a flock of birds.”

Yes, birds do show up in radars, and there exists an entire field of radar ornithology that began when birds started appearing on British radars during World War II. Each year, birdwatchers across the country monitor the National Weather Service’s NEXRAD radar services during the spring and fall, looking for evidence of migrating birds overhead.“Radars are set to pick up droplets of water and birds are, essentially, big droplets of water,” David La Puma, Director of Global Market Development for Cellular Tracking Technologies, and Former Director of New Jersey Audubon’s Cape May Bird Observatory, told Gizmodo.

La Puma looked at the NEXRAD radar and found no larger-scale evidence of bird movement this morning. One such signature might be the roost ring—an expanding ring of radar activity as birds leave their roost in the morning. But a surveillance radar is more granular than those used by the Weather Service and might pick up details that weather radars don’t.

I asked what bird species might be the culprit on Twitter—I guessed the snow goose, a species that migrates high in big flocks. But snow geese aren’t common in the DC area, and others suggested that Canada geese might be a more likely option or even just a lot of gulls.

I have reached out to Sweeney to see who first speculated that birds caused the radar disturbance, and I have reached out to some meteorologists to determine what other erroneous radar signatures might mobilize this sort of response. I’ll update the post if I hear back.

Again, NORAD neither confirmed nor denied whether birds caused the disturbance, so we may never know its origin for sure. But if it was birds, perhaps it provides further evidence that birds are not government drones.