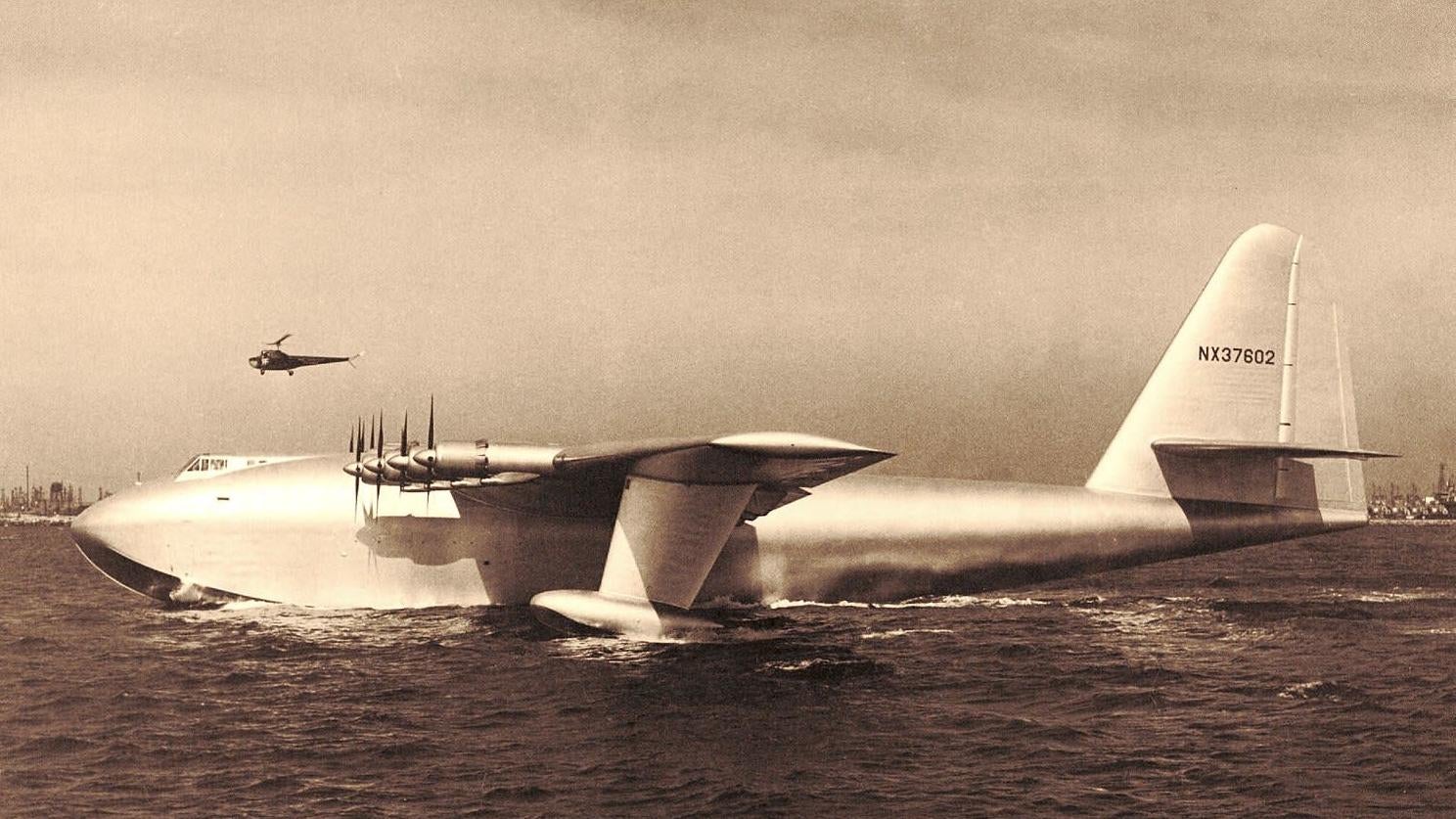 It was November 2, 1947, and five years after the project to create the world’s largest aeroplane began, the Hughes H-4, known to almost everyone else as the ‘Spruce Goose,’ lept off the surface of the water off of Long Beach, California for its first and only flight.

This British newsreel about the short test flight gives some insight into the excitement the project drove. Hughes is a veritable superstar in this film, with footage of the man testifying in congress about the importance of the project as well as behind the controls.

Built mainly out of birch with the wing surfaces covered in fabric, the eight-engined plane with its 320-foot wingspan was conceived as a kind of early strategic airlifter when the project began. It was designed to carry two Sherman tanks or up to 750 soldiers at maximum capacity.

The Evergreen Aviation Museum, which houses the plane today, explains that the Spruce Goose was originally a collaboration between Hughes and ship-building magnate Henry J. Kaiser. The plane was envisioned as an alternative to Kaiser’s Liberty Ships, which had been beset by German U-Boat attacks for most of World War II.

By the time the war ended the plane still wasn’t ready. Kaiser’s interest waned and he left the project but Hughes pressed on. It would take more than two years after V-E day for the plane to reach flight-readiness, by which point the plane was no longer needed. Hughes pressed on though and continued development. After all, he had put more than $US17 ($25) million of his own money into the project by the time the plane finally flew.

After that day in November 1947 when the plane made its first mile-long flight, the airframe was put in storage. It never would fly again. Eventually, when Disney needed to use the massive hangar the plane was stored in as a sound stage, the Spruce Goose would be moved to the Aero Club of Southern California before being shipped once more to where it remains today in Oregon. But it wouldn’t fly.

The plane was moved piece by piece by rail and river to its new home, but that’s a story for another day.