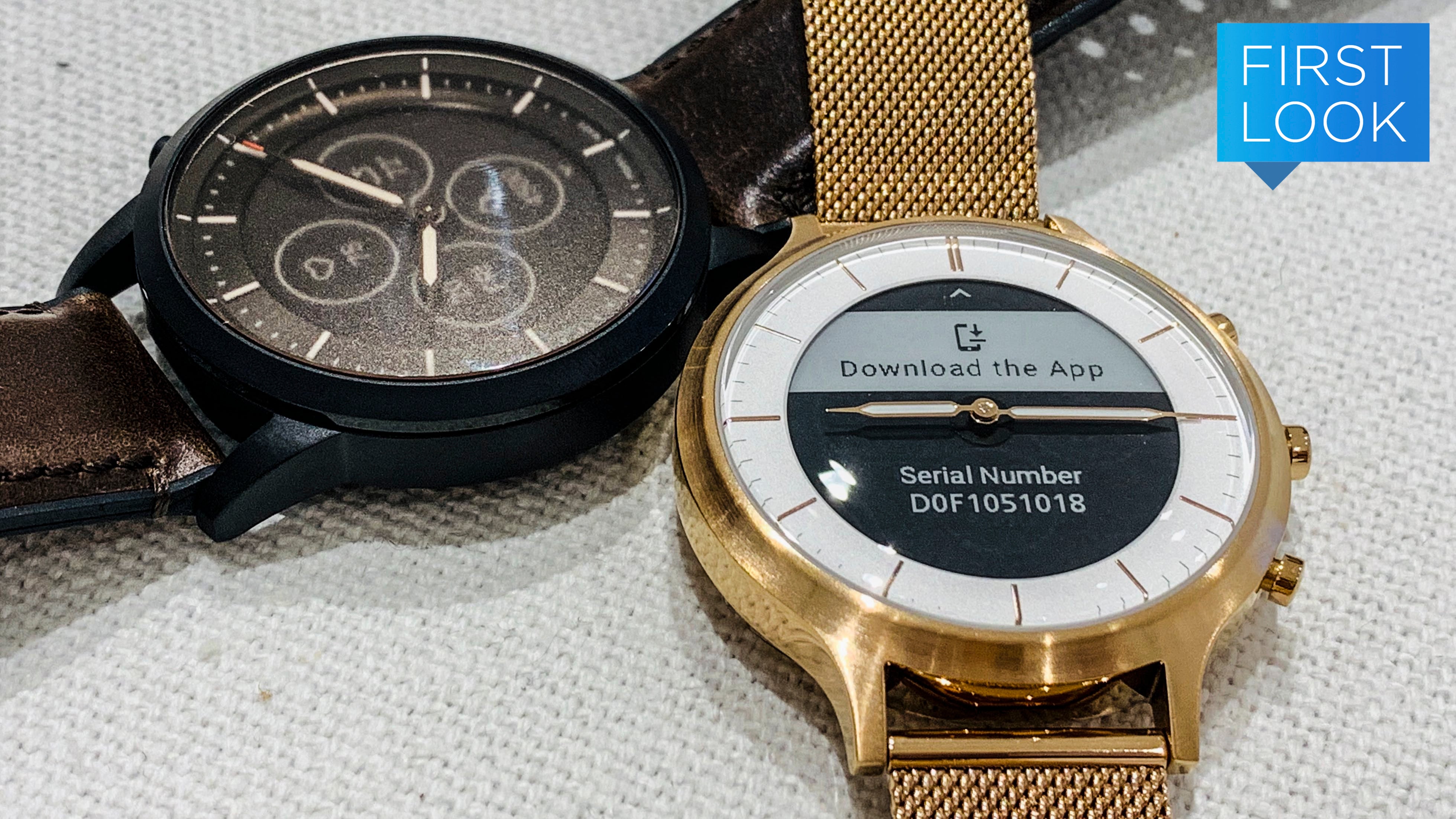 In the world of smartwatches, Fossil is best known for being Google’s main partner for Wear OS watches. Today, it’s taking a step out from Google’s shadow with a new hybrid analogue watch, the Hybrid HR. And, as the name suggests, the Hybrid HR adds integrated heart rate monitoring, plus a hybrid display that smartwatch fans can actually appreciate.

Hybrid smartwatches are for the folks who don’t want a full-featured smartwatch, but are viscerally offended by ‘ugly’ fitness bands. Generally, that means in exchange for a stylish look, lower price and long battery life, hybrids don’t offer much in terms of features aside from basic activity tracking and Bluetooth notifications. The interesting thing is the Hybrid HR starts at $329, and adds a heart rate sensor and will reportedly offer two weeks of battery life on a single charge. It’ll also feature the same rapid charging Fossil has recently introduced to its other smartwatches, taking only 60 minutes to go from zero to 100 per cent.

Editor’s Note: The current range listed online for Australia is significantly smaller than in the U.S. and only features the $329 Collider model in leather and silicone. This may change closer to launch. 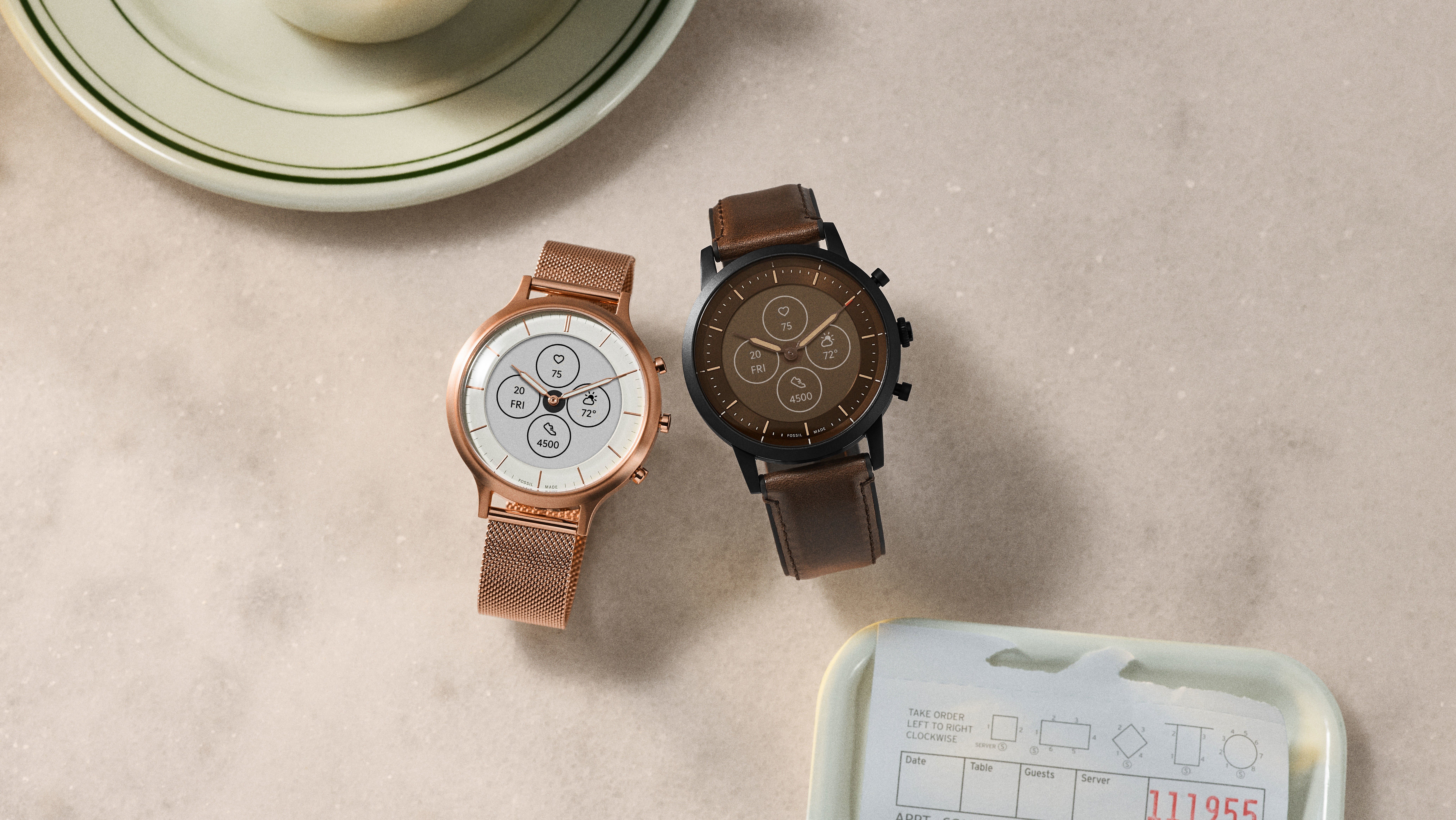 That’s a pretty potent combination of functionality, style, and price. The other hybrid smartwatch that would come close is the Withings Steel HR, which offers 25 days of battery life and heart rate monitoring for $US200 ($290). That said, the Steel HR isn’t exactly new and reading notifications is limited due to the display. Likewise, Garmin just released its Vivomove Style and Luxe hybrids, which have many of the same features but are significantly more expensive at $US300 ($435) and $US500 ($725) respectively.

I got a peek at the Hybrid HR a few months ago while scoping out Fossil’s fall lineup at IFA 2019. Granted, I saw demo versions of the watches but one thing I appreciated was just how much text I could read straight from the wrist.

With some hybrids, you have to wait for the message to scroll which can be a pain. That’s if you can read notifications at all—many hybrids simply vibrate as a reminder to check your phone. I also liked that the Hybrid HR’s displays have a distinct e-ink feel—easy on the eyes but also allowing for a degree of flexibility. You get that to a degree with Garmin’s Vivomove watches, but again, the starting price is at least $US100 ($145) more. 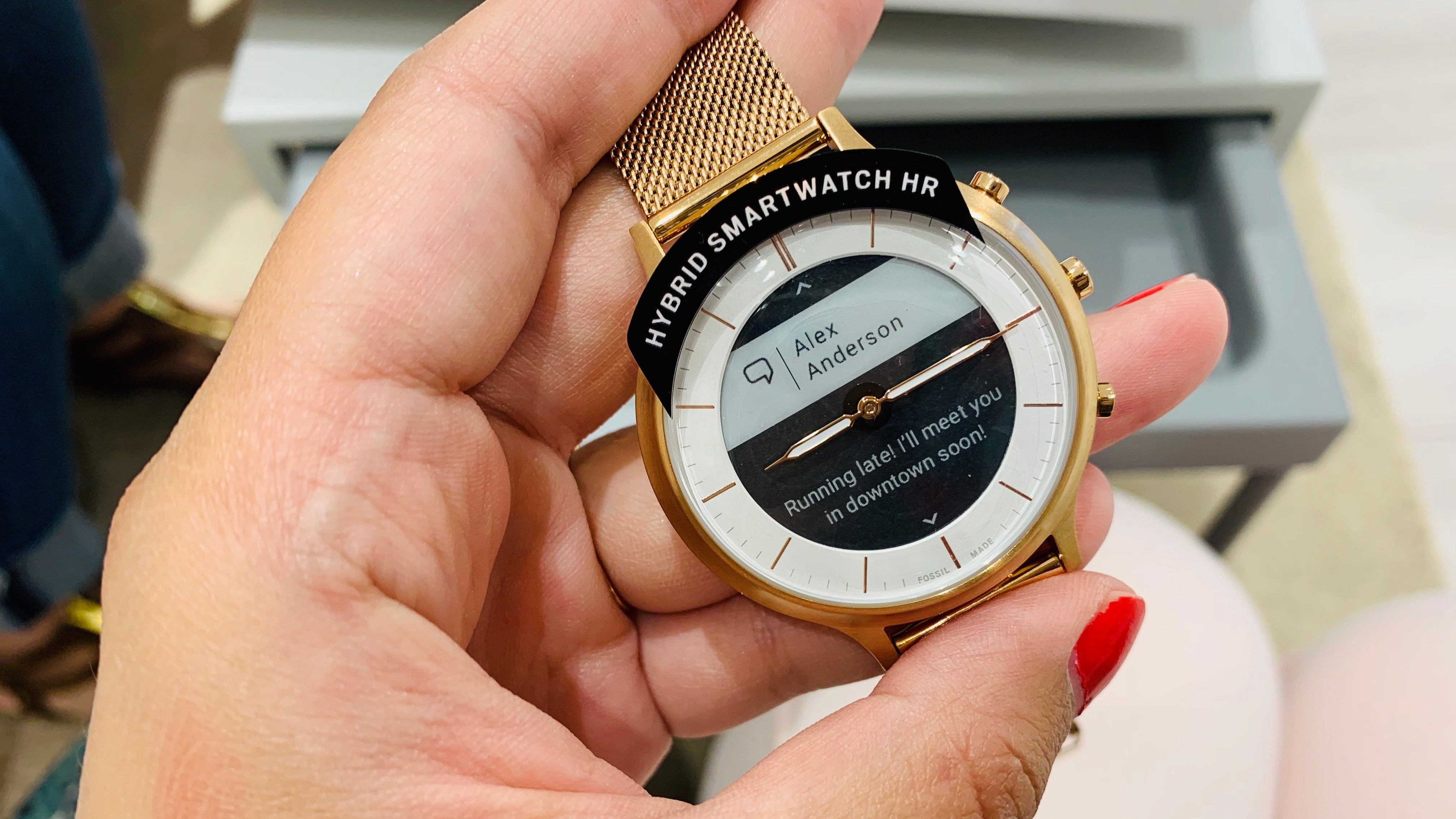 Here’s what a demo version of the Hybrid HR looks like in person (Photo: Victoria Song, Gizmodo)

Another interesting tidbit is that the Hybrid HR will run off a proprietary Fossil app. Obviously, Wear OS isn’t geared toward hybrid watches—but it’s been a while since Fossil’s trotted out its own app for a product. (The last time I used Fossil’s app was for the Q Tailor, another hybrid, back in 2017.) I imagine it’ll be a slightly more updated version of that app, as previous features like custom goal tracking, music control, and customisable buttons are also billed for the Hybrid HR.

We’ll have to try out the Hybrid HR for ourselves to see how accurate its fitness and heart rate tracking are. When I tested the Q Tailor, metrics like steps and sleep were inconsistent, to say the least. While adding a heart rate sensor won’t really fix step tracking—if an algorithm is bad, it’s bad—but it should theoretically help with more in-depth sleep tracking and workout data.

The Hybrid HR will be available for purchase from November 15.