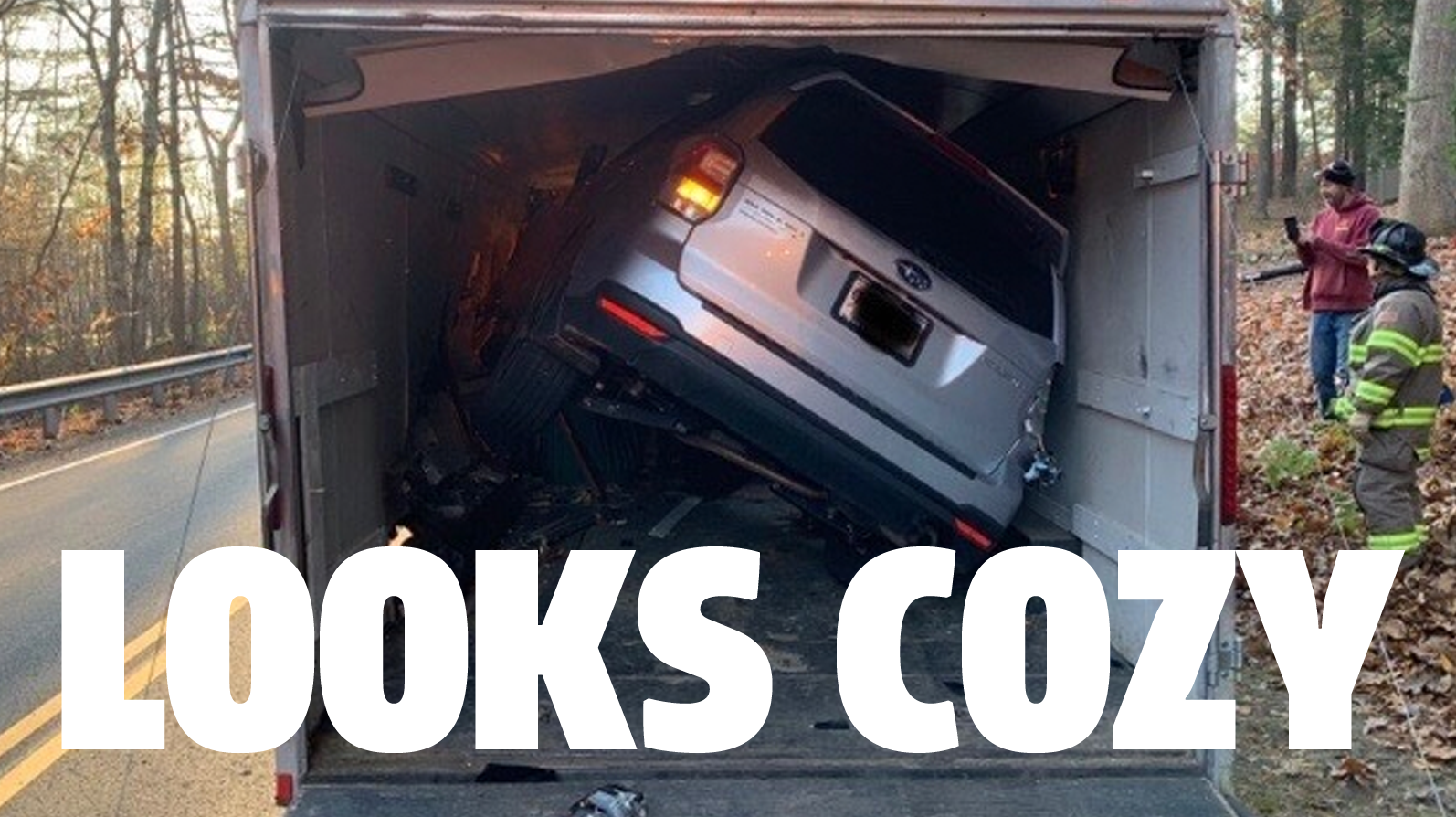 Remember the old video game Spy Hunter? Or the old movie The Italian Job? Sure you do. You may recall that one of the most notable events in both game and movie involved driving a car up a ramp, and into the back of a truck, often while in motion. A Subaru Forrester driver in Northampton, Massachusetts appeared to have attempted the same move earlier today, but with significantly worse results.

This morning at 7:17 am, officers responded to a motor vehicle collision in the area of 530 Spring Street. The driver had reported that she was trapped in the vehicle, but not injured. Members of NFR and NPD responded and located the vehicle inside of a landscaping trailer. The trailer had been parked with the back open and the vehicle entered the trailer from the open end. The driver reported that the vehicle’s windshield had been foggy and had reduced her ability to see the landscape trailer. The driver was issued a citation for impeded operation and operating a vehicle with an expired registration. Both the driver and passenger declined medical treatment on scene. A tow company pulled the vehicle from the trailer. Both the vehicle and trailer sustained heavy damage. 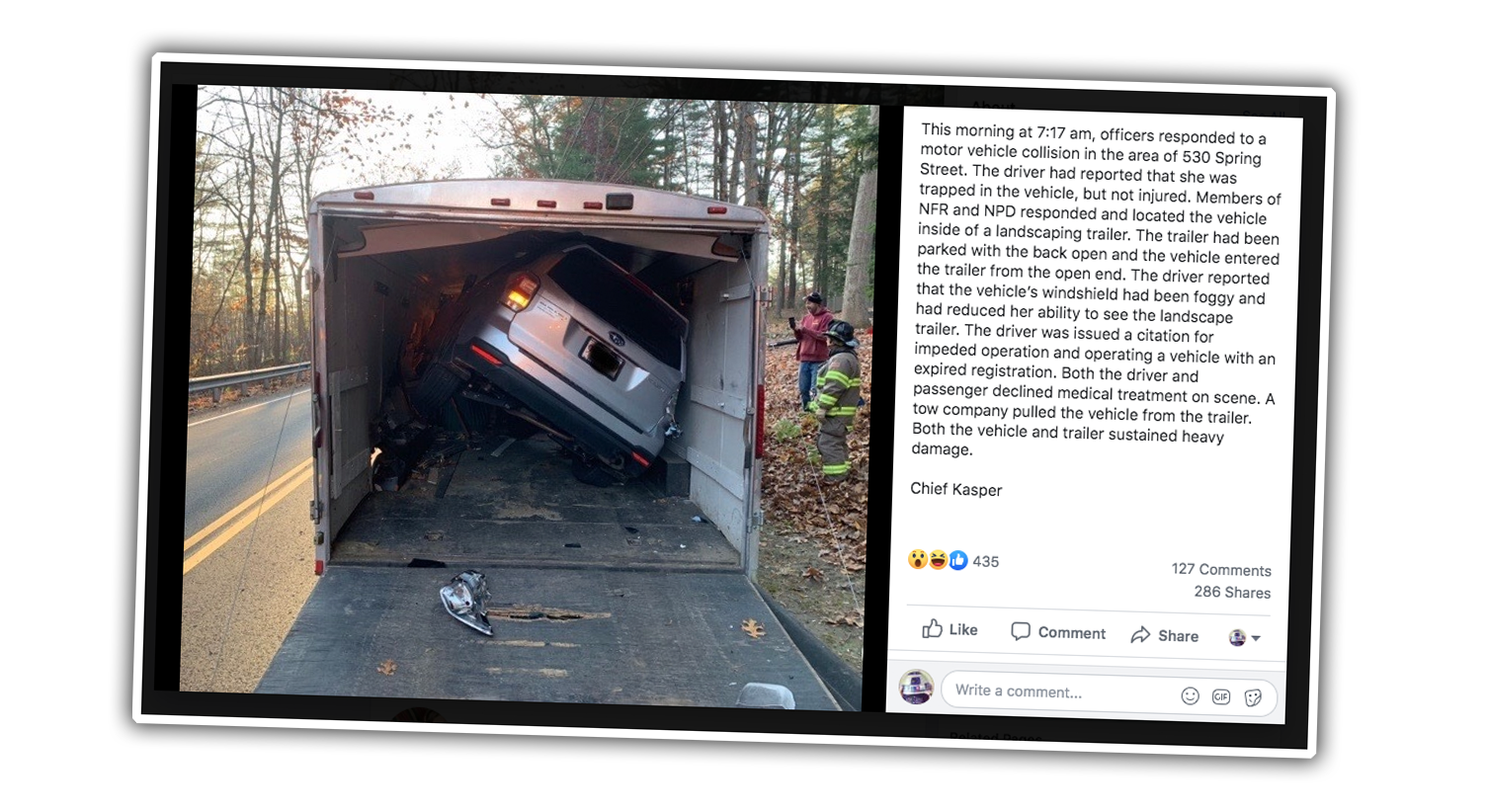 Defog your windshields, people, I guess is the lesson here. Or, if you really want to drive up a ramp and into a truck, make sure you pick a compact vehicle that you know will actually fit inside so a situation like this, where you end up trapped in your car, wedged inside a truck, doesn’t happen.

Here’s a good example of how this type of thing should go down:

OK. I hope that helps. Happy driving into trucks, friends!