Could Antimatter Be The Portal Into The Dark Universe? 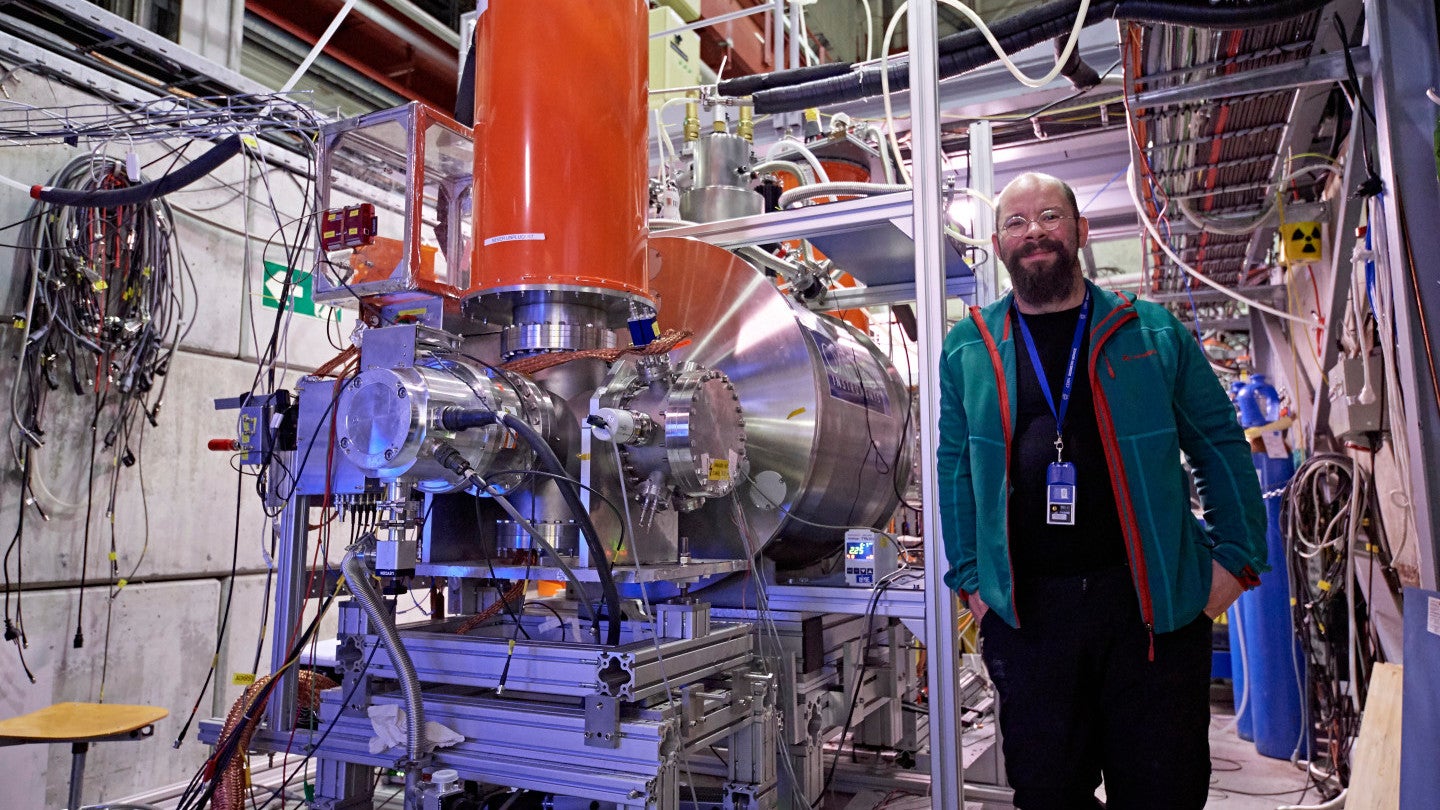 BASE at CERN with spokesperson Stefan Ulmer. (Photo: CERN)

A new paper asks: What if antimatter is the portal into the dark universe?

Measurements of the universe reveal that most of its mass appears to be “dark matter,” invisible stuff that interacts with regular matter via the laws of gravity but hasn’t been directly detected, despite major efforts to find it. Scientists are hunting dark matter from various fronts. One team is looking for a popular candidate, the axion, based on the way it interacts with a kind of matter called antimatter.

Axions are perhaps the second most popular dark matter candidate after a class of particles called WIMPs, or Weakly Interactive Massive Particles, which also haven’t been discovered. Axions are incredibly low-mass hypothetical particles that scientists originally proposed to solve a particle physics mystery called the strong-CP problem, but scientists later realised these particles could explain the extra mass in the universe.

Meanwhile, antimatter is kind of like matter’s evil twin; every subatomic particle has a corresponding antiparticle, a mirror image with the same mass but opposite electric charge. Antimatter isn’t particularly rare and is produced in typical atomic decay processes that occur here on Earth, but there’s a lot less antimatter than matter in the universe, and physicists aren’t quite sure why.

Scientists generally assume that dark matter would interact with matter and antimatter in the same way, Christian Smorra, first author of the paper and a researcher at RIKEN in Japan, told Gizmodo in an email. But “this assumption has however never been experimentally tested up to now, since dark matter searches in atomic physics used only matter probes,” not antimatter probes. Maybe antimatter interacts with dark matter in a way that regular matter doesn’t.

The researchers working at institutions in Japan, Germany, Switzerland, and the United States took data using the Baryon-Antibaryon Symmetry Experiment (BASE) at CERN in Switzerland. CERN’s antiproton decelerator produces and slows protons’ antimatter counterparts, called antiprotons, and BASE traps them in an extreme vacuum. The team made three months’ worth of precision measurements of these antiprotons back in 2017, looking at the way they acted in a magnetic field. Now, scientists reexamined that data, hunting for changes to the antiprotons’ spin precession. Particles have an innate spin that makes them sort of like a quantum version of a spinning top. Interaction with axions, the theorised dark matter particle, might change the way they rotate round their spin axis, the way a top wobbles before it falls over.

This search strategy comes with an added benefit: If dark matter interacts differently with antimatter than it does with regular matter, this might help explain why there’s so much more matter than antimatter in the universe.

As has always been the case in dark matter searches, the researchers didn’t find evidence of axions, according to the paper published in Nature. But in this era of physics where the obvious things have already been discovered, scientists must spend a lot of time ruling out what properties dark matter doesn’t have, hoping that eventually a discovery emerges from all of the null results.

It’s an important hunt. “I’m glad someone is paying attention to axion couplings besides axion-photon couplings,” that is, hunting for axions that interact with particles we do know about aside from light particles, Chanda Prescod-Weinstein, an assistant professor of physics who studies axions at the University of New Hampshire, told Gizmodo in an email.

Despite yet another null result, the search isn’t over. “Future work should aim to further constrain the axion–antiproton coupling and to look for evidence of interactions between axion dark matter and other forms of antimatter, such as positrons (the antiparticles of electrons),” Gianpaolo Carosi, physicist at Lawrence Livermore National Laboratory, wrote in a Nature commentary.

Next, the team will improve their measurement’s sensitivity, Smorra told Gizmodo. All we know about axions is that they’re very light—but there’s a whole range of just how light they might be, if they existed. The search for dark matter continues.