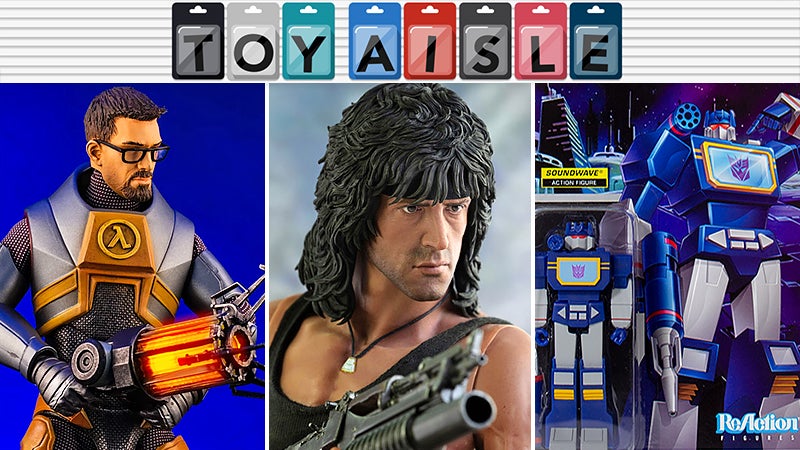 Welcome back to Toy Aisle, Gizmodo’s weekly roundup of the best toys and collectibles you might have missed. This week we’ve got the return of Gordon Freeman and his much-missed gravity gun, the best Sylvester Stallone figure you’ll find anywhere, and a bunch of retro Transformers toys that don’t actually transform—but you’ll probably still want them all. 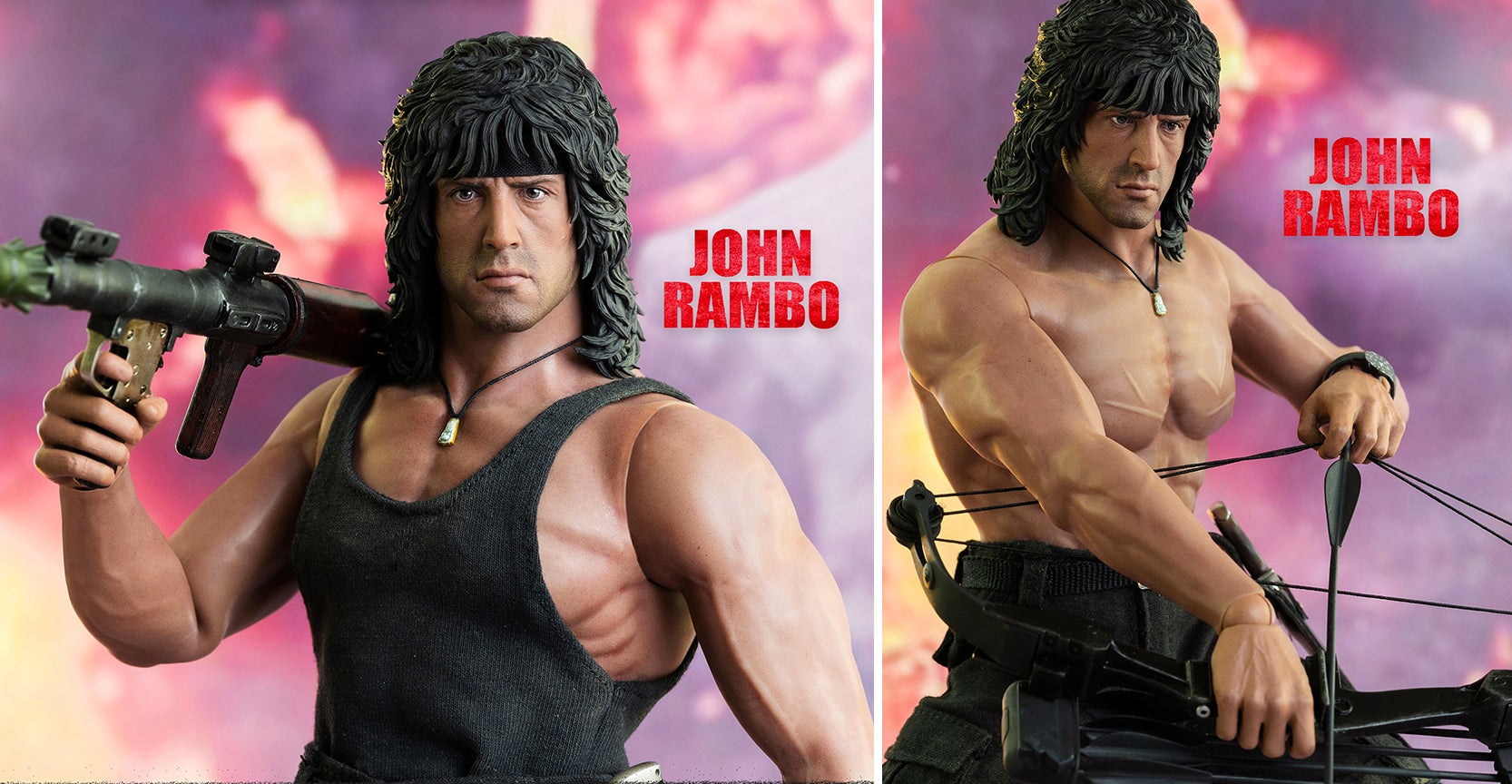 And the award for best achievement in plastic moulded ‘80s hair goes to Threezero for its incredible work on its new sixth-scale John Rambo figure based on the character’s more iconic appearance in Rambo III. It was first announced at New York Comic Con, but we’ve finally gotten a look at the 12-inch figure, which includes an impressive arsenal of accessories like a compound bow with arrows, and a shoulder-mounted rocket launcher. We’re also awarding an honourable mention for Threezero managing to hide many of the figure’s moving joints behind rubbery faux skin.

With Valve’s announcement that the company is finally returning to the Half-Life universe with a new VR game, there’s no better time for toy makers to start churning out Gordon Freeman figures again—even if Half-Life: Alyx doesn’t actually star him.

Mondo drew its inspiration for its new 12-inch Freeman figure from Half-Life 2, which means that in addition to removable glasses, a shotgun, a pheropod, swappable hands, and a crowbar, the figure also includes a miniature replica of the gravity gun—which actually glows. You’ll have to wait until March 2020 for this one to ship, and say goodbye to $295 in the process.

Like Funkos, Super7’s ReAction figures are less about articulation, detail, and accessories, and more about collecting as much ‘80s nostalgia as you can squeeze onto a shelf. The latest property to get the ReAction Figures treatment are the Transformers, which means that, no, these 3.75-inch tall figures don’t actually transform into anything, and they barely move.

The current lineup, which includes Optimus, Megatron, Bumblebee, Starscream, Soundwave and Jazz, do serve as a wonderful homage to one of the best ‘80s animated series, however, which might make it a little easier for nostalgia seekers to stomach their $27 price tag—each. 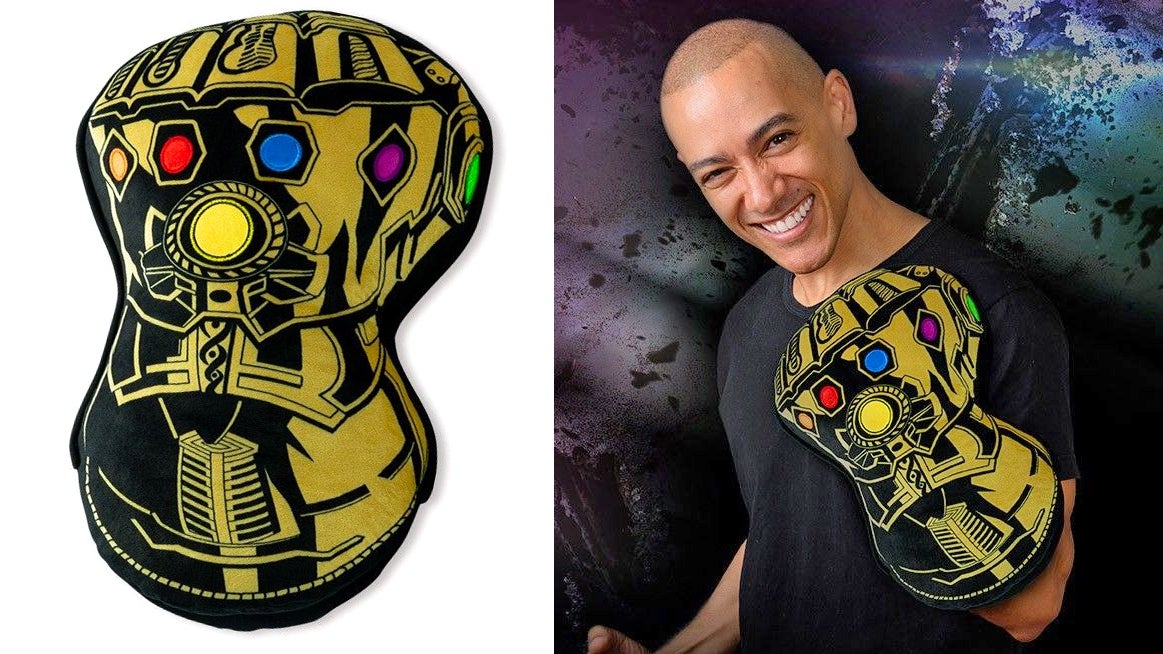 Who doesn’t like to curl up at the end of a hectic day and fantasise about wiping out half of the universe’s population? Sadly, the real Infinity Gauntlet is long gone (spoiler alert!), but you can grab this Infinity Gauntlet pillow instead, giving you a place to rest your head while you dream about life as a mad Titan. But it doubles as a cosplay item too, letting you wear the pillow while you run around pretending to snap your fingers to devastating effect. Sadly, it ships sometime in mid-December for about $60, so potentially a little too late to be the perfect holiday gift for someone. 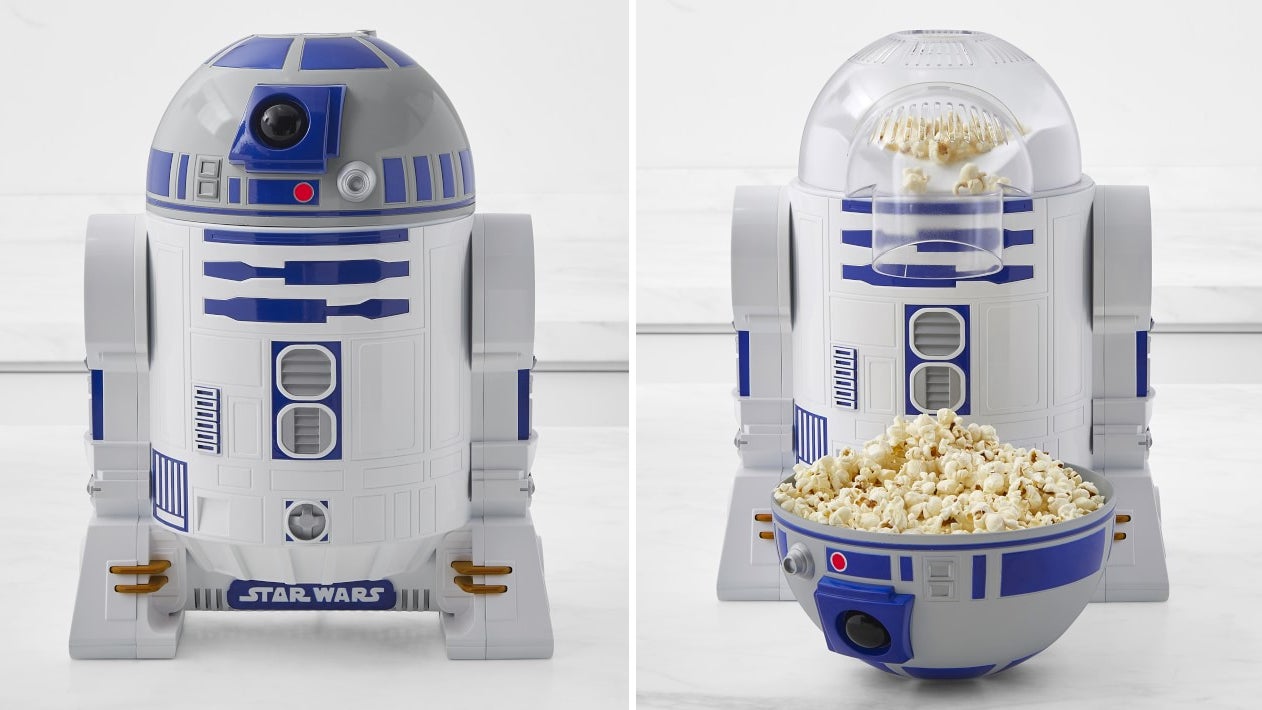 Is this the first R2D2-themed hot air popcorn maker? Definitely not. Is this the best R2D2-themed hot air popcorn maker? Unequivocally yes. Not only do you get a perfect mini replica of the astromech droid perched on your kitchen counter when not in use, but Artoo’s dome head pops off and becomes the absolute perfect popcorn bowl. Williams Sonoma knows what it’s doing when it comes to kitchen kitsch, and it knows that despite a $147 price tag (and the existence of microwave popcorn) this thing is going to end up under a lot of Life Day trees this year. 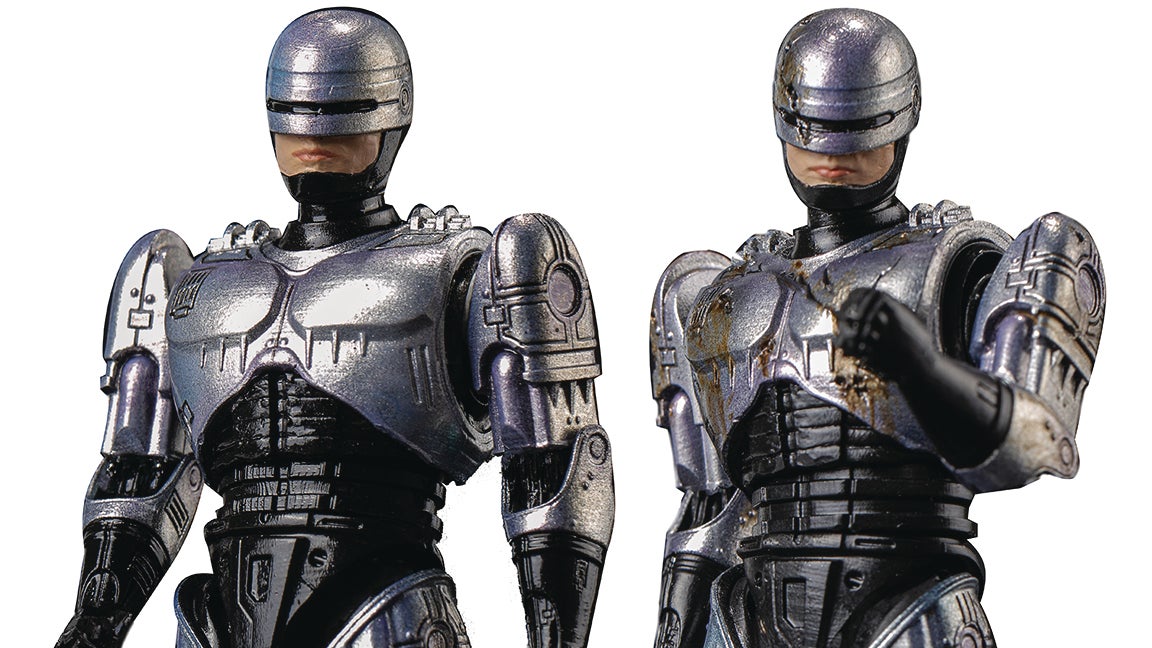 Last month Hiya Toys revealed its 1/18th-scale RoboCop figure, which included impressive articulation given its smaller size (just 3.75-inches tall) and all the accessories you’d demand for this character, including Robo’s stabby data probe and his trusty Beretta 93R. The only catch?

The figure was based on the RoboCop 2 version of the character, which included armour with rainbow-y iridescent sheen. For collectors who prefer the original version, Hiya Toys will also be releasing two additional RoboCop figures inspired by the first movie come August 2020, including a battle damaged version, and both will sell for $30 each.