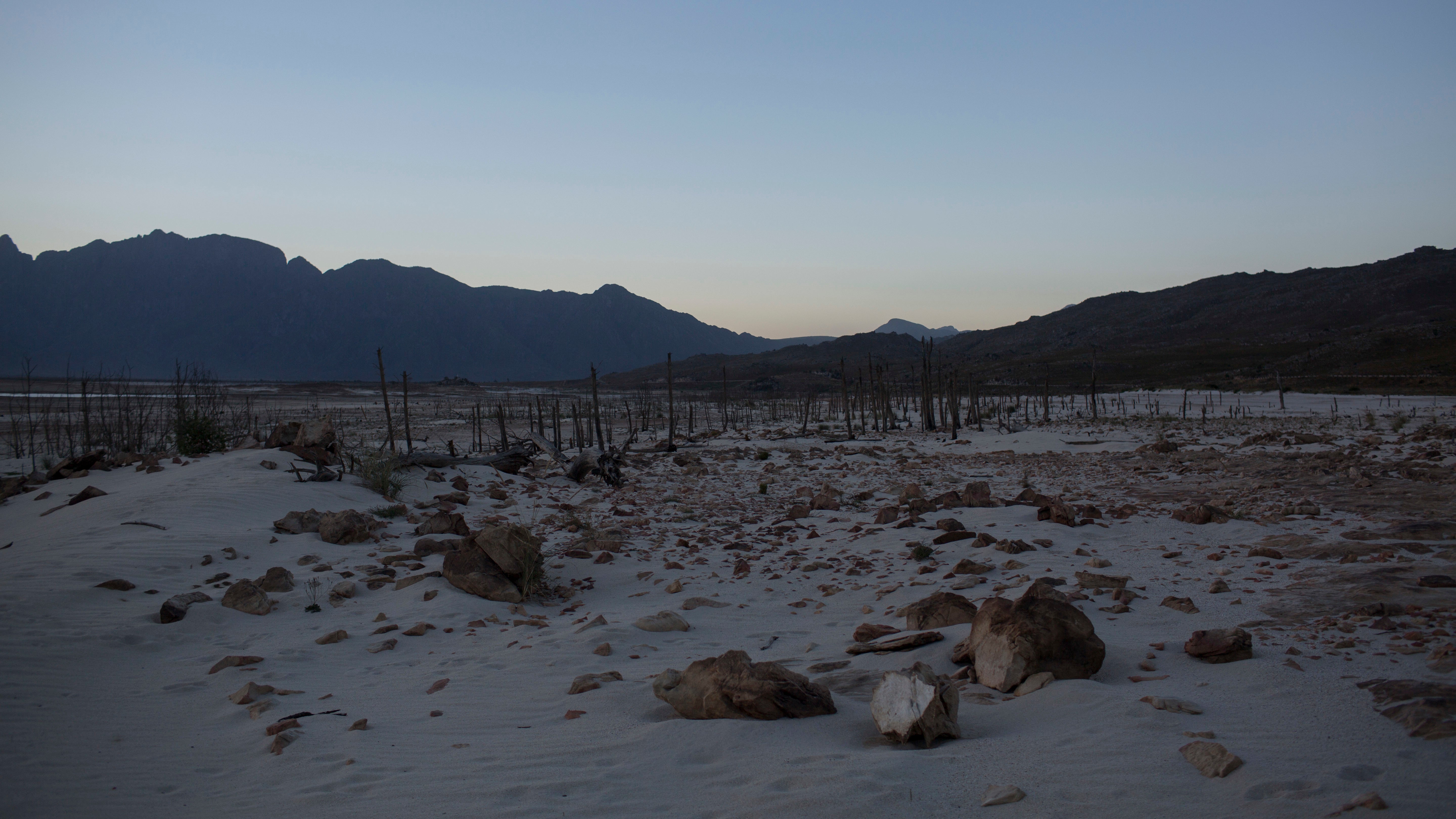 This is what drought in Cape Town looked like last year. (Photo: AP)

South African residents are being urged to use their water sparingly as hot, dry weather pushes the country toward another water shortage. The South African Minister of Human Settlements, Water, and Sanitation Lindiwe Sisulu made the announcement Monday at a press conference to address the issue.

Sound familiar? Last year, Cape Town saw a similar situation unfold where the city’s reservoirs began to run out. The countdown to the day the water ran out was dubbed “Day Zero.”

Residents could only use 49 litres of water per day at the height of the crisis. If the country’s second-largest city can suffer such a fate, what’s to say about the rest of the country? To avoid a repeat, it appears South African officials are trying to be more proactive this time around.

“We are working hard to avoid the much-dreaded Day Zero phenomenon,” Sisulu said per Reuters. “Instead we are announcing restrictions on water usage.”

Over the past 12 months, much of South Africa has experienced drought with the most extreme conditions in the western half of the country. As a result, the dams are suffering: Compared to 2018, levels in the country have dropped to 60 per cent this year, 10 per cent lower than last year.

There are direct consequences for human lives: Some villages in Eastern Cape have been without for months, reports Sowetan Live. They’re relying on water tankers, but that hasn’t stopped villagers from losing valuable livestock to the dry weather. In Johannesburg, a heatwave has caused water restrictions already.

All these growing impacts finally forced the South African government to speak out Monday. For the residents who are already feeling the impacts of such water shortages, however, this response may come too little too late.

The country’s meteorological service is predicting increased odds of above normal rainfall over the southern hemisphere summer, which could help ameliorate the drought. But the dry conditions fit a pattern.

Data shows that the western part of the country is also seeing a shorter rainy season. Last year’s brush with catastrophe and now this year’s dip in rainfall align with projections showing that South Africa is largely expected to get drier due to the climate crisis.