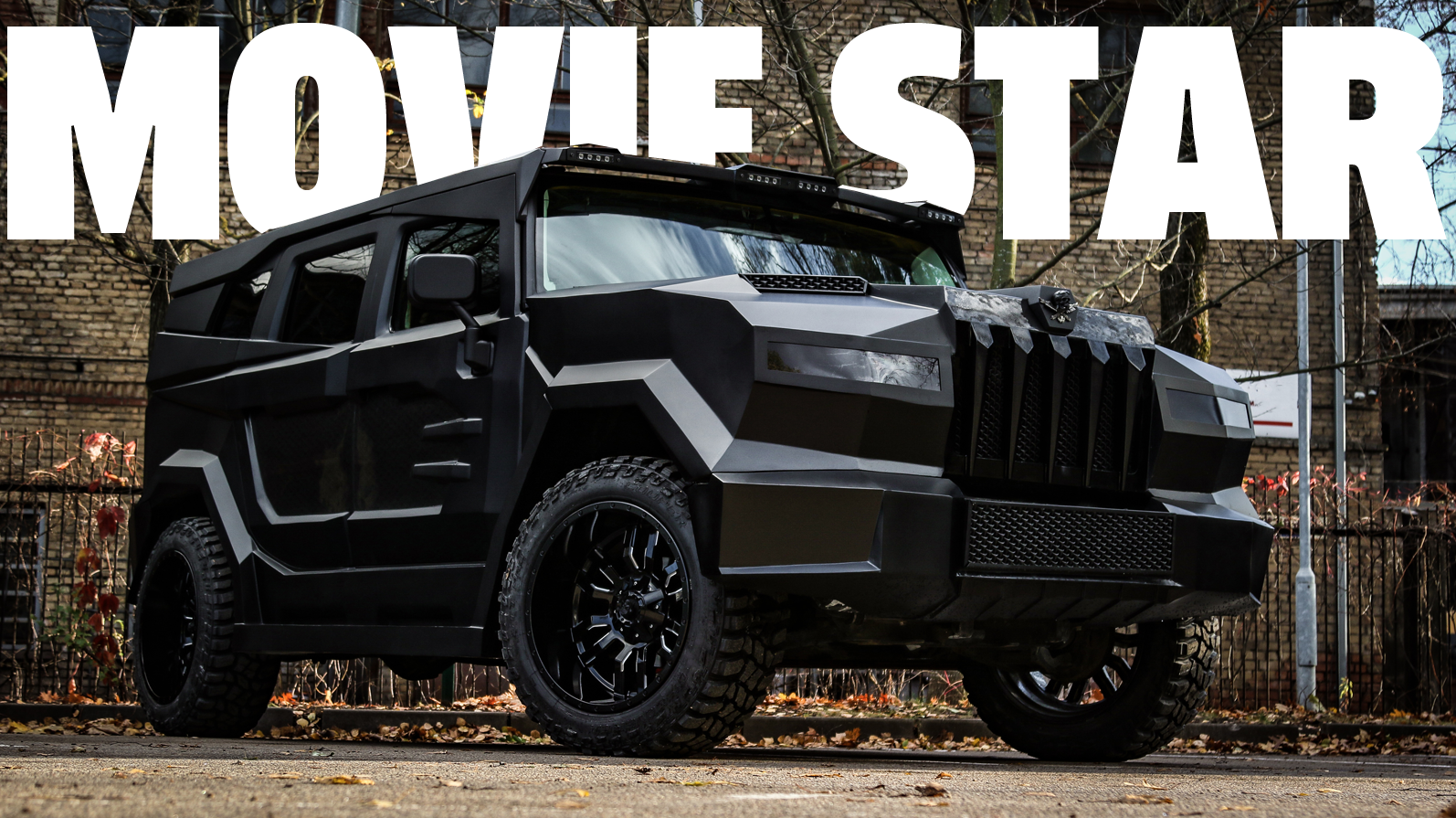 The exciting loons over at DARTZ, the world’s most Latvian builders of deeply, lavishly over-the-top hyper-luxury SUVs that have famously included whale penis skin and bulletproof child seats, have just finished a new masterwork of ostentation and brutal absurdity called the DARTZ Prombron Black Stallion, which is named after a Sikorsky helicopter, not a horse. 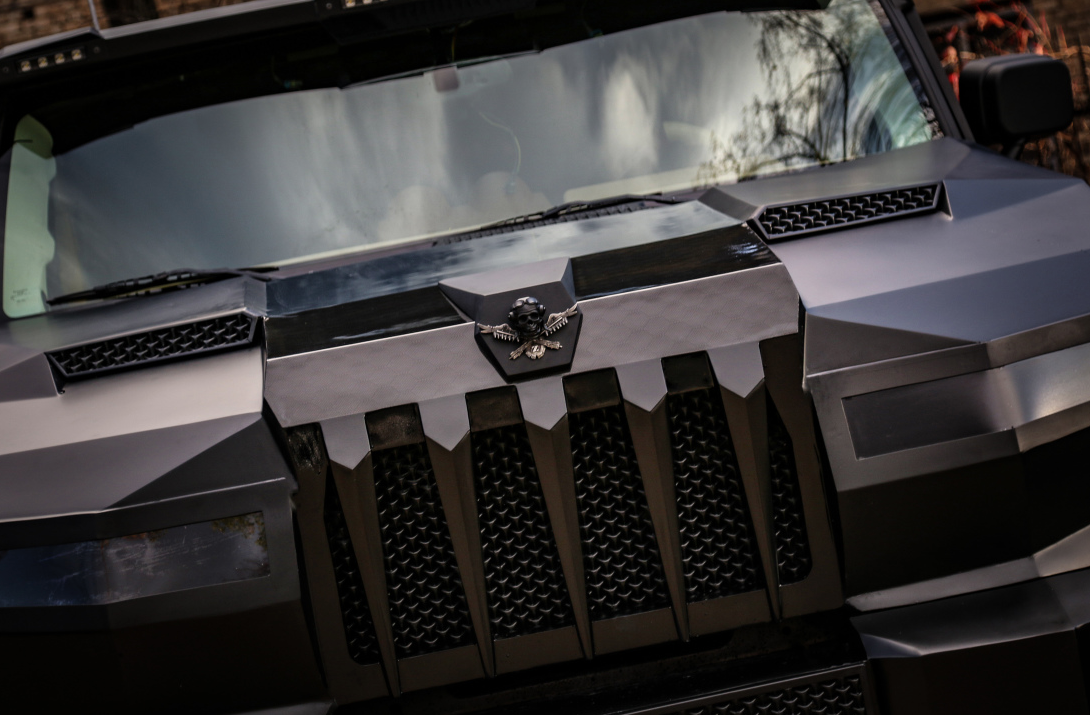 I think the deadly-looking spears/fangs/stakes grille is particularly effective in this context, even if the patterning of the carbon fibre reminds me a bit of chicken wire. In a way, that makes it even better.

I spoke with Leonard Yankelovich, DARTZ’s lunatic-in-chief, about this new build, and he mentioned that, as a vehicle produced specifically for a movie, it’s a bit different than DARTZ’s normal production vehicles, in that it’s not based on the Mercedes GLS platform that they’ve standardised on.

He won’t tell me what platform it was built from, nor the movie it’s intended for, only that it’s a major production from a real studio, and he’s been threatened with beheading if he reveals the title.

DARTZ has produced cars for movies before, specifically the Sacha Baron Cohen movie The Dictator:

The Black Stallion makes extensive use of alligator skin, stingray skin, and real wood in its interior, and the exterior is a brutalist mashup of stealth-like angles made of carbon fibre and steel. 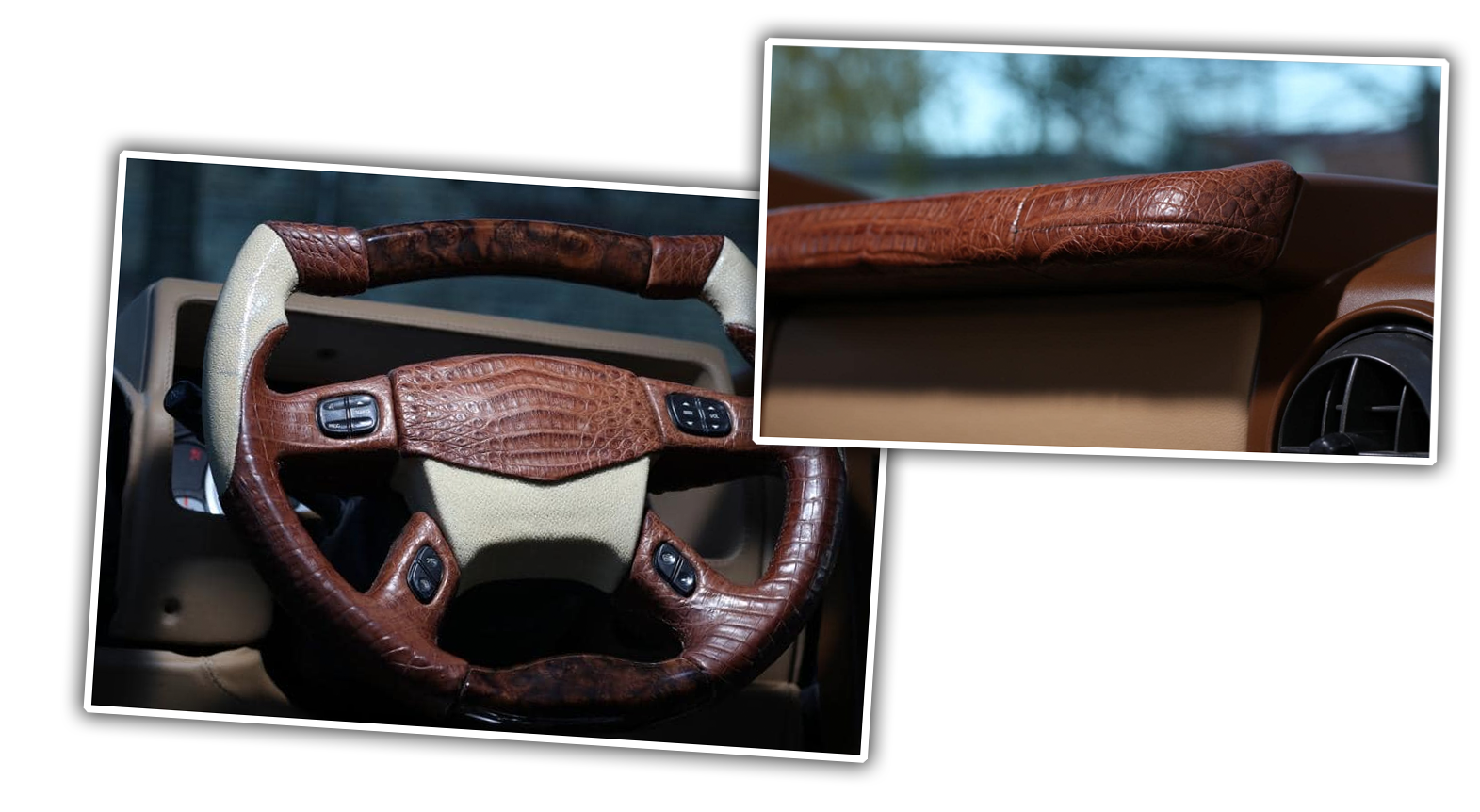 There’s a skull in an aviator’s helmet motif throughout the vehicle, including this nice little detail here: 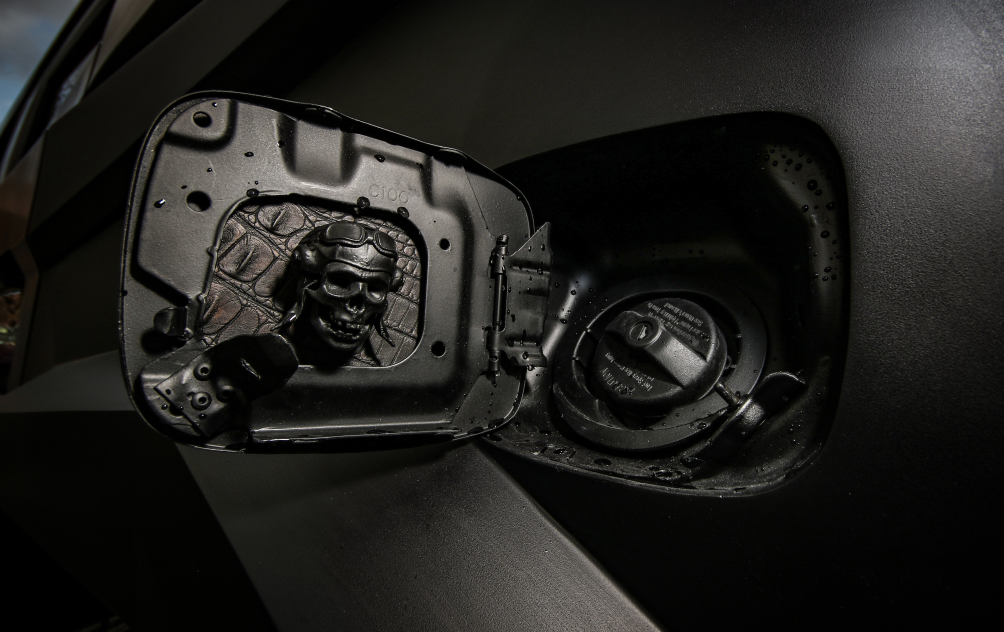 Yes, there’s a little friend, lounging on some more alligator skin, ready to say hello to you every time you fill up with gas.

Leonard told me that, even though this was a one-off for a movie, he is “fucking passioned for this car” and would like to make a “civilian” version of it for sale, presumably based on the Mercedes (or Maybach) GLS platform. 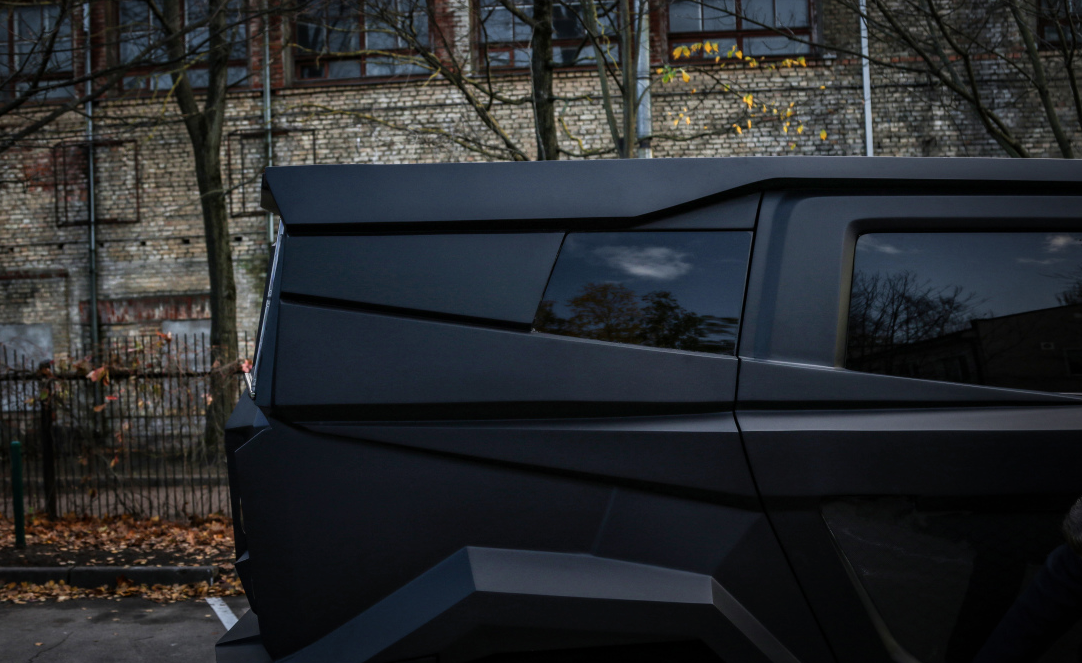 I fully realise how strange—perhaps even hypocritical—my fondness for DARTZ and their crazy cars is. I normally have zero tolerance for this sort of absurd, overdone, hyper-agressive rich-douche bullshit, but for whatever reason, I feel like DARTZ approaches these things with a touch of irony, humour, and gleeful madness that sets them apart.

The quality is genuinely good, unlike the sloppy bullshit of something like that Karlmann King, and they’re not so insufferably serious like Rezvani seems to be.

Whatever. DARTZ is having a lot of fun, and that makes me have fun, so, fuck it, if there has to be a maker of absurd, wildly expensive SUV monsters, I’m happy for it to be DARTZ. Have at it, you kooks. 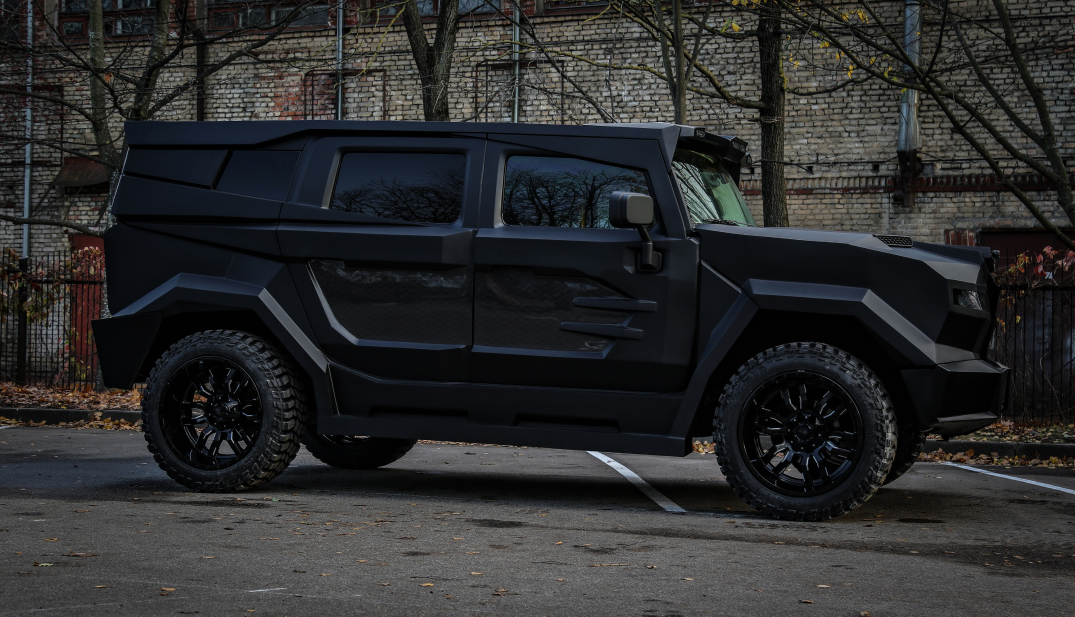 I’m curious to know what movie this is going to end up in. If I had to guess, I’d say that Wes Anderson is likely re-making My Dinner With Andre and this will play a very central role, likely in the 36-minute car chase sequence that was cut out of the original.