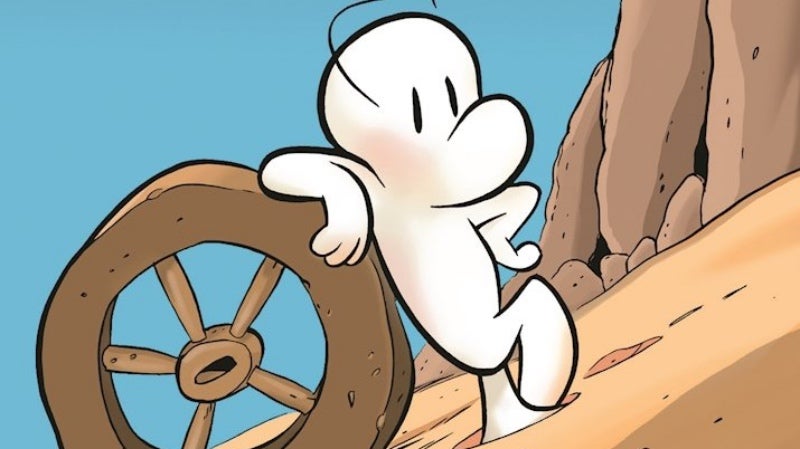 Bone, the graphic novel series about a trio of cousins and unlikely heroes, is finally getting adapted onscreen. Netflix has announced it’s picked up Jeff Smith’s award-winning series, with plans to turn it into a kids’ show on the streaming platform.

As reported by Deadline, Smith’s Bone will be turned into an animated kids’ show on Netflix, with Smith himself coming on to helm the project. This comes a couple of years after Warner Bros. tried and failed to make a film adaptation with The Little Prince’s Mark Osborn, which had apparently been in the works for a while. Bone was an independent comic series that ran from 1991 to 2004, gaining a devoted following and becoming the first graphic novel to launch Scholastic’s Graphix Books imprint.

The series stars three cousins — Fone Bone, Smiley Bone, and Phoney Bone — who find themselves in the middle of a mysterious, fantastical valley after being forcibly driven from their hometown of Boneville. The three cousins haplessly become heroes for the valley as they navigate a series of strange and unusual trials, with the threat of the Lord of the Locusts looming above them. It was praised for its unique world, gorgeous artistry, and the way it called back to traditional comic strips in both story and style.

No expected release date has been announced, but we’ll bring you more on Netflix’s plans for the seminal series as we learn them.