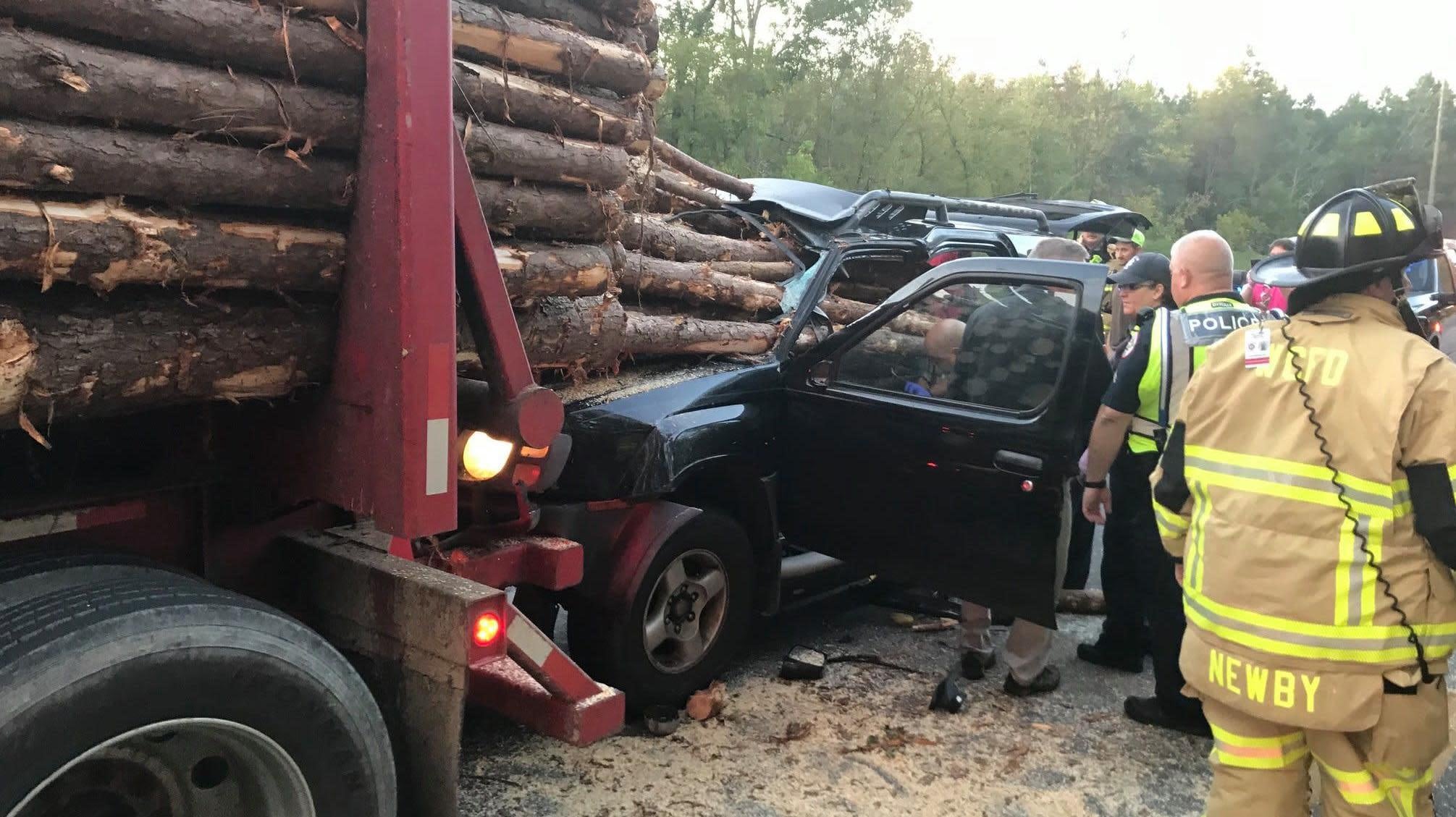 We know. Upon seeing the photo above, which features perhaps a dozen or more logs impaling a Nissan Xterra’s windshield, you thought you clicked the wrong window and accidentally brought up that Final Destination movie you started for the millionth time last night — for reasons unbeknownst to you or anyone else.

But as it turns out, this was a real thing that really happened, and the driver somehow escaped with minor injuries.

The Whitfield County Fire Department in Georgia posted that photo, along with several others, on its Facebook page this month, saying in the caption that the impalement happened on Cleveland Highway the morning of October 11. The post alluded to only one person being in the Xterra at the time the logs went through the windshield, saying the “patient had only minor injuries.”

That was all the post said, and news stations that covered it, such as WTVC in nearby Chattanooga, Tennessee or Fox 12 in not-nearby Oregon, didn’t have further information on the cause of the incident as of their writings. The department told us that Georgia State Patrol responded to the crash, and we’ve reached out to ask if cause was determined. We’ll update this story if we hear back.

But until then, just know that someone in Georgia entered the universe of Final Destination — not the one where the deaths are just scripted plot elements, either — and somehow escaped with minor injuries. That’s probably better than most of us could’ve done.