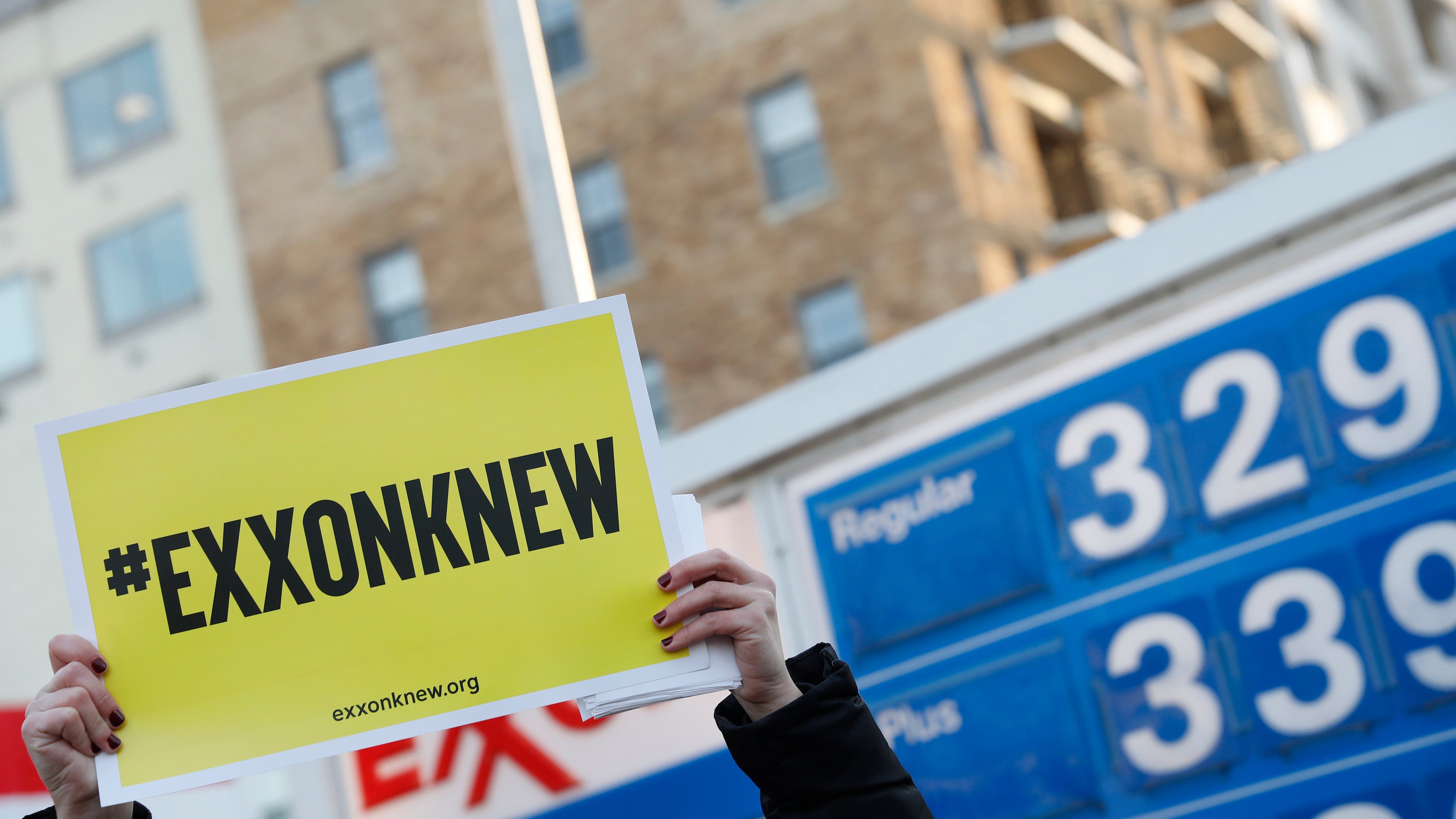 The New York Attorney General’s office has been pursuing Exxon for years for everything from climate denial to fraud. The oil company that made billions while funding climate denial has tried to avoid ending up in court. But despite its best efforts, Exxon went on trial in a New York courtroom on Wednesday over claims that it defrauded investors.


The case is a landmark moment for climate litigation, marking the first climate fraud case to go to trial. New York Attorney General Letitia James and her office allege that Exxon defrauded investors by essentially keeping two sets of books.

A number of Big Oil firms assume future climate policies like a carbon tax or market will come into play, and they build that “price” into their analysis of whether fossil fuel projects can make money or not. In their public-facing reports, Exxon said it priced carbon at $117 per ton for all of its projects, which is much more aggressive than the current carbon pricing mechanism. Internally, the company priced carbon much lower, court documents say. The effect essentially made Exxon look like a better investment than it was, the lawsuit claims, thus defrauding shareholders to the tune of between $695 million and $2 billion, according to the New York AG’s office.

Along the way to trial, we discovered all sorts of fun things about the company, from how much it knew about the impacts its products had in driving climate change to the fact that former Exxon CEO Rex Tillerson had a secret email account (code name: Wayne Tracker). These, I think we can all agree, are the real friends we made along the way.

Now, Exxon is about to feel the blistering spotlight in a way it hasn’t before as the New York AG’s office publicly lays out its case for fraud in state Supreme Court. The company is set to argue investors should have known better (that, I don’t know, it regularly lies to people?). The trial is expected to last three weeks, but its end doesn’t mean the end of Big Oil’s legal woes.

The New York case is only one of a widening suite of lawsuits against oil companies for their role in causing the climate crisis. Below are just a few of the other cases that could further expose Big Oil’s climate lies and require them to pay for them. Unlike the New York case, which focuses on investor losses, the following cases are all focused on the damage climate change is inflicting on cities and states. If any are successful, it could open the floodgates given that no location on Earth is unaffected by the climate crisis.

Let’s start with the other big case making news on Tuesday. The city of Baltimore sued BP and 26 other oil majors that also include Exxon, Shell, Marathon, Chevron and more. The city is seeking money to deal with, among other things, the rising sea levels, more intense heat waves, and more heavy downpours.

The suit alleges the companies “have known for half a century” how their products have befouled the climate while engaging in a “coordinated, multi-front effort to conceal and deny their knowledge of the threats” while screwing the public.

The suit was filed last year, and the oil companies have since tried to get it dismissed, including petitioning the United States Supreme Court for a stay and moving the case from state to federal court. The Supreme Court denied the stay on Tuesday meaning the case can proceed to discovery while attorneys haggle over whether it stays in the state court system or gets moved to the federal one.

Last year, a group of Colorado counties filed the first non-coastal climate lawsuit against a fossil fuel company. Like the Baltimore case, it’s focused on getting Big Oil to pay for climate damages, though Colorado’s concerns are a bit different. While coastal areas are worried about rising seas, the Mountain West will have to contend with disappearing snowpack and its impact on water supplies and tourism as well as increasing risks of major wildfires.

Exxon is again a defendant in this case along with the Canadian tar sand company Suncor. And like the Baltimore case, the defendants tried to get the case bumped to federal court to no avail; and just last week, they tried to get the U.S. Supreme Court to intervene. We’ll have to wait to find out if it will work this time.

New York isn’t the only state suing oil companies. Rhode Island got in on the action last year. The state sued Chevron and other fossil fuel companies it says are responsible for nearly 15 per cent of greenhouse gas pollution emitted globally between 1965 and 2015. The state wants money to deal with the impacts of climate change, particularly along its 645km of coastline.

Stop me if you’ve heard this before, but the oil companies named tried to have the case moved to U.S. federal court. They lost that push over the summer.

Earlier this month, the oil companies asked for a stay while the Supreme Court weighed what to do with the Baltimore case. That delay tactic appears to have run its course, so we’ll see where it goes next.