A New Spray-On Gel Could Help Stop Bushfires Before They Start, Researchers Say 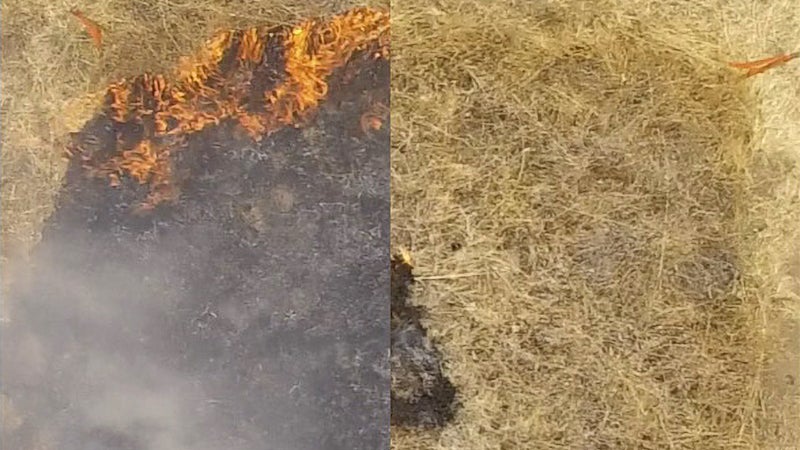 50 million hectares of land are burned by bushfires across Australia each year, according to the CSIRO. Fighting bushfires is still mostly a reactive effort, something that happens after the fires have already ignited. But researchers at Stanford University have created a gel-like fluid that can make it much harder for fires to start or spread.

Part of battling a raging fire involves prophylactically treating nearby areas that are at risk of being engulfed as the flames approach with fire suppressants and retardants, which often come in the form of gels made from superabsorbent polymers that hold and trap water.

Their effectiveness is short-lived, however, as not only can they be blown away by high winds or washed away by rains (or water used to fight wildfires). They also lose effectiveness as the water trapped inside evaporates from heat. From the time of application, it can sometimes take less than an hour for a suppressant to stop working, which means there’s a very small window for them to be applied and be effective, according to researchers. Some flame retardants can also contain toxic chemicals.

As detailed in a paper recently published in the Proceedings of the U.S. National Academy of Sciences, researchers from the Stanford School of Engineering and Stanford Woods Institute for the Environment have developed a new recipe for a cellulose-based gel-like fluid that can be applied to vegetation, including trees and grasses, that they say will remain adhered to those ignition-prone materials throughout the peak fire season.

The newly developed fire retardant, made from non-toxic materials already in use in foods, drugs, and cosmetics, can protect against fire for months before eventually degrading, the study found. It’s also compatible with standard agricultural spraying equipment, so existing infrastructure can be used to apply it to high-risk areas.

The researchers estimate that 75,700 litres of the new retardant gel can be just as effective as 3.8 megalitres of the traditional formulation, which needs to be reapplied again and again. They’ve worked with the California Department of Forestry and Fire Protection to test the gel on plants including grass and chamise — an evergreen shrub native to California — as both are common in places where wildfires are known to start.

As the climate crisis worsens, the risk of large bushfires is expected to grow around the world, as will the costs to battle blazes in the new era of megafires. Finding effective solutions that require less time and resources can free up already limited firefighters for other work.

The tests found that even after a few centimetres of rainfall, the suppressant was still completely effective at limiting the spread of fire. However, additional testing will be needed before countries decide to cover entire forests in the material — including any environmental impacts as the retardant eventually breaks down and finds its way into groundwaters and waterways, or what effect it has on plant and animal life in the longterm.